Post tutorial RSS Making a commercial video game all by yourself, Part 3: Building a World

The third in a series documenting the production of a commercially viable game, entirely unaided. In this article we mine our childhoods for inspiration and formulate a visual language that will inform every aspect of the game's aesthetic.

Inspiration in its truest form is without beginning or end.

It was the summer of 1988 when I was first bitten. As one of the lucky kids whose dad had worked hard to afford a prohibitively expensive BBC Micro, I’d experienced some of the majesty of what video games could be, in the likes of Elite and Citadel.

I’d attempted to write my own text adventure in BASIC, painstakingly copying code, line by line out of the back of The Micro User magazine. No code hints. No copy-paste. No mouse. Those were the days. 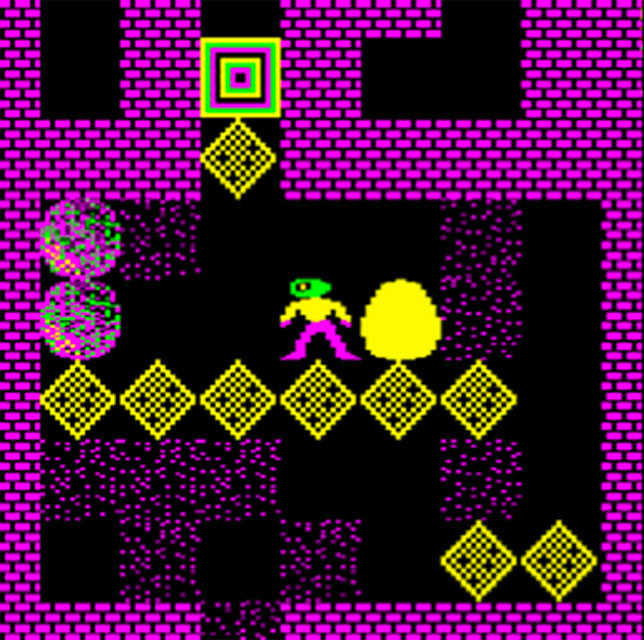 Having played a couple of Repton games by that point, I was very well acquainted with the wonderfully challenging maze-based puzzle game, centred around the eponymous boulder-pushing lizard with an inexplicable taste for diamonds.

After getting my hands on a copy of the third in the series however, I quickly beat all of the puzzles then got to the real treasure: The packaged map and sprite editor.

This powerful, albeit torturous and buggy software fraught with crashes, allowed you to not only create an entire eight-level Repton campaign of your own, but also to redraw every single sprite used in the game. Pixel by pixel. Sound like fun? It wasn’t.

But that was never the point. This was my first glimpse into what I could achieve given the tools, clumsy as they were. This was my Minecraft, more than two decades early; every pixel I drew brought me closer to creating my own world. I created an entire Hobbit-themed set of levels, followed by a faithful Ghostbusters campaign. My little brother was assigned to QA, of course. 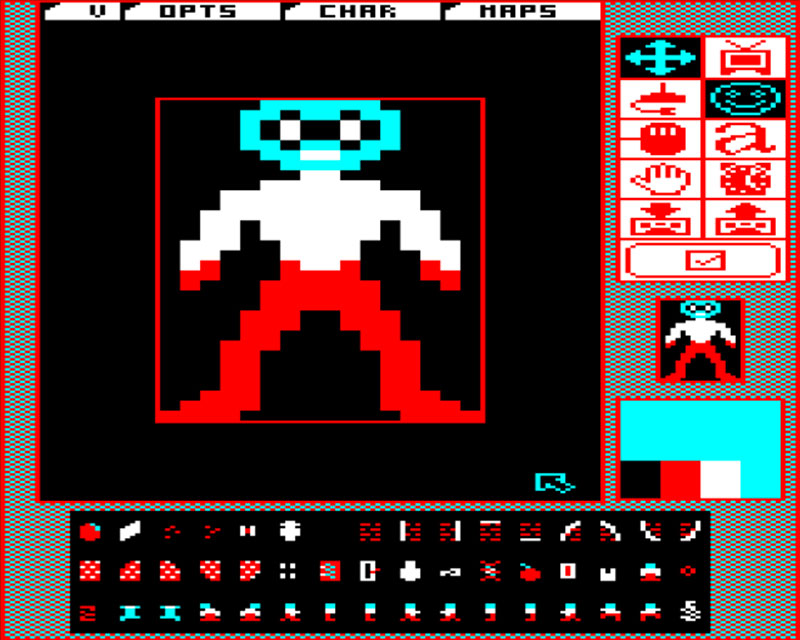 It’s likely that this tool afforded me some of the appreciation of grid-based logic games that I carry with me today. I also became enamoured with reduced palettes. Such limitations pushed me to explore other aspects of visual language, to help describe my worlds. There was also something captivating about that stark aesthetic; in which only primary and secondary colours can exist, along with black and white.

Fast-forward thirty years and I have a nascent game prototype. It’s a top-down, maze-based affair, in which players attempt to outsmart one another using homing mines. Given that Repton is in its DNA — as well as Pengo and Bomberman — it made sense for the game to be animal-themed. It therefore wasn’t much of a stretch coming up with the name Minesheeper.

Certainly at this point it was clear that humour would play a big part, but if this sounds like a fun little jaunt that might appeal to both young and old, then it’s perhaps time to introduce another element.

“It was as if your parents let you keep a pet, so that you would come to understand death. Then took a sledgehammer to it.” 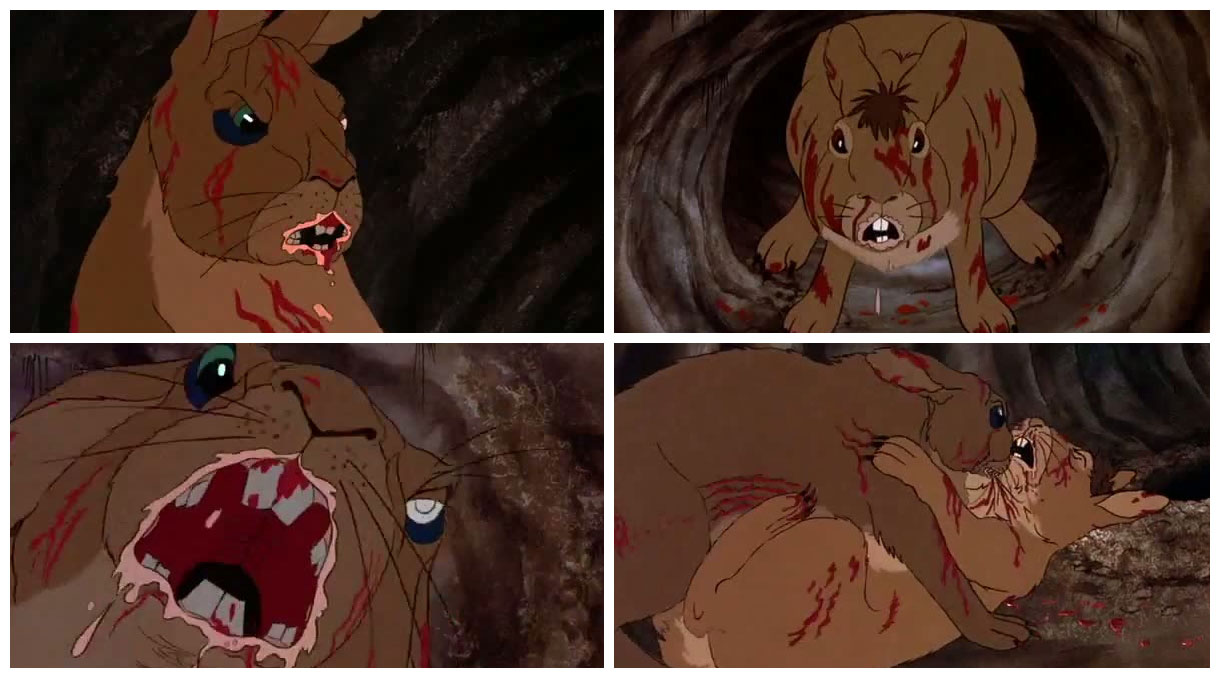 Watership Down. Scaring the shit out of kids since 1978

As a child of the 80s, you probably grew up watching some fairly twisted stuff. Your parents were perhaps misled by the animated nature of films like Watership Down — hey, it’s just a cartoon, right? — so you were occasionally sat taking in fiction that in all likelihood was simply not meant for you.

Or perhaps it was.

This was a time of brave directors who would brazenly challenge boundaries in order to tell more interesting, often disturbing stories. If it gave you nightmares, that was because it was supposed to. It was as if your parents let you keep a pet, so that you would come to understand death. Then took a sledgehammer to it. Fictions like these were a reflection that the world does not always behave appropriately. Even for kids.

One such example was Ralph Bakshi’s fantastically demented 1977 movie Wizards. This piece despite its flaws spoke volumes to me, visually and thematically, far removed as it was from Disney’s carefully palliated output. It emblazoned heavy primary colours against bleak, washed-out backgrounds. Its cartoonish depiction of highly adult themes spoke to the rough edges that cinema now tends to shed in order to gain a broader audience. And its fetishised, war-time aesthetics wouldn’t resurface in mainstream media until the Hellboy franchise. This film nailed the sub-genre long before anyone coined the term Dieselpunk. 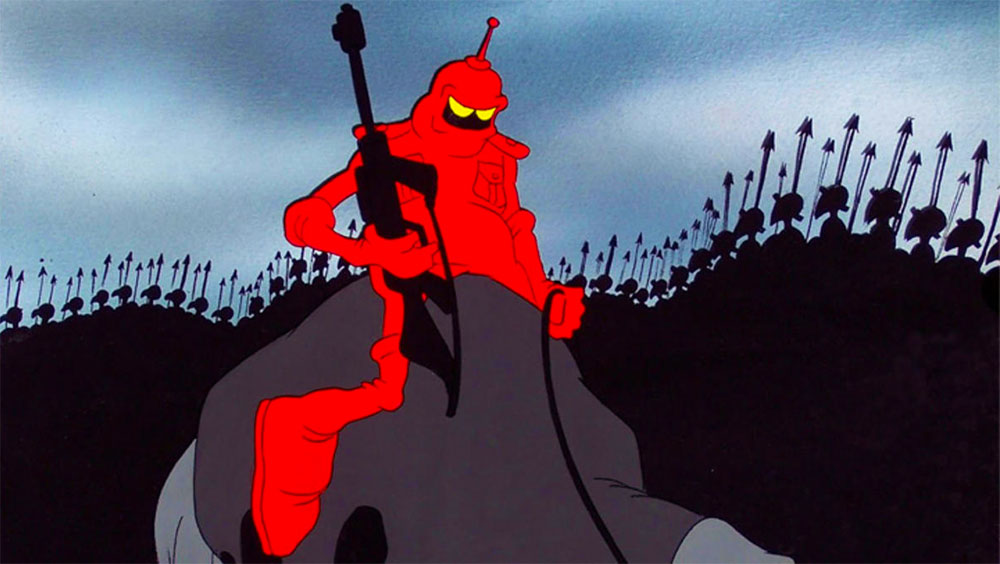 The subversive undercurrent of this picture was something that deeply inspired me and I wanted to adopt something similar for Minesheeper. That is, I wanted to offset the humour and fun gameplay with a darker, grittier subtext. The very essence of my game consists of a bunch of soldiers, relentlessly killing one another over and over, with the aid of aggressively smart land mines. In the best traditions of games like Cannon Fodder or Worms, I wanted the game to wear its horrors-of-war heart on its sleeve to some extent.

“This was a gift to my ten-year-old self.”

It shouldn’t be too hard to see then, that the game’s themes and visual style was something of a melange, blending all of the above into a stark and potentially more mature arcade game. This was a gift to my ten-year-old self.

Due to the game’s almost exclusive focus on the battle arena itself, I needed a way to effectively convey the game’s setting. It occurred to me that one of the most quintessential examples from the genre, is that of flying battleships. 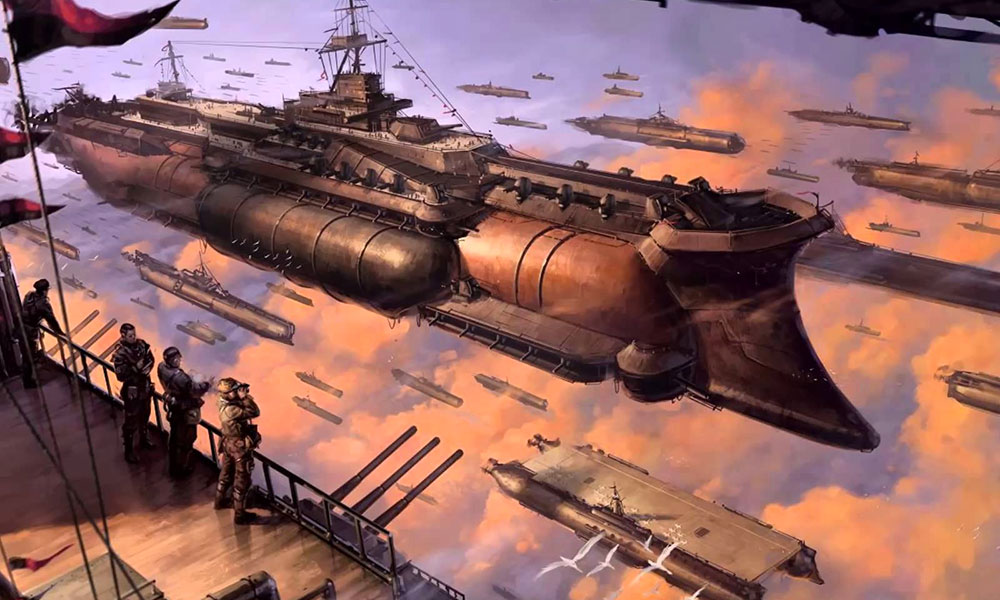 The idea that these battles would take place aboard a moving vehicle was an exciting prospect that might bring an additional sense of urgency to the action. I did of course settle on a more aircraft carrier-style design in the end, but the basic idea is conveyed pretty well. Additionally, I tried to keep the modelling very basic so that when cel shaded, it would read like it had been hand-drawn for traditional animation. 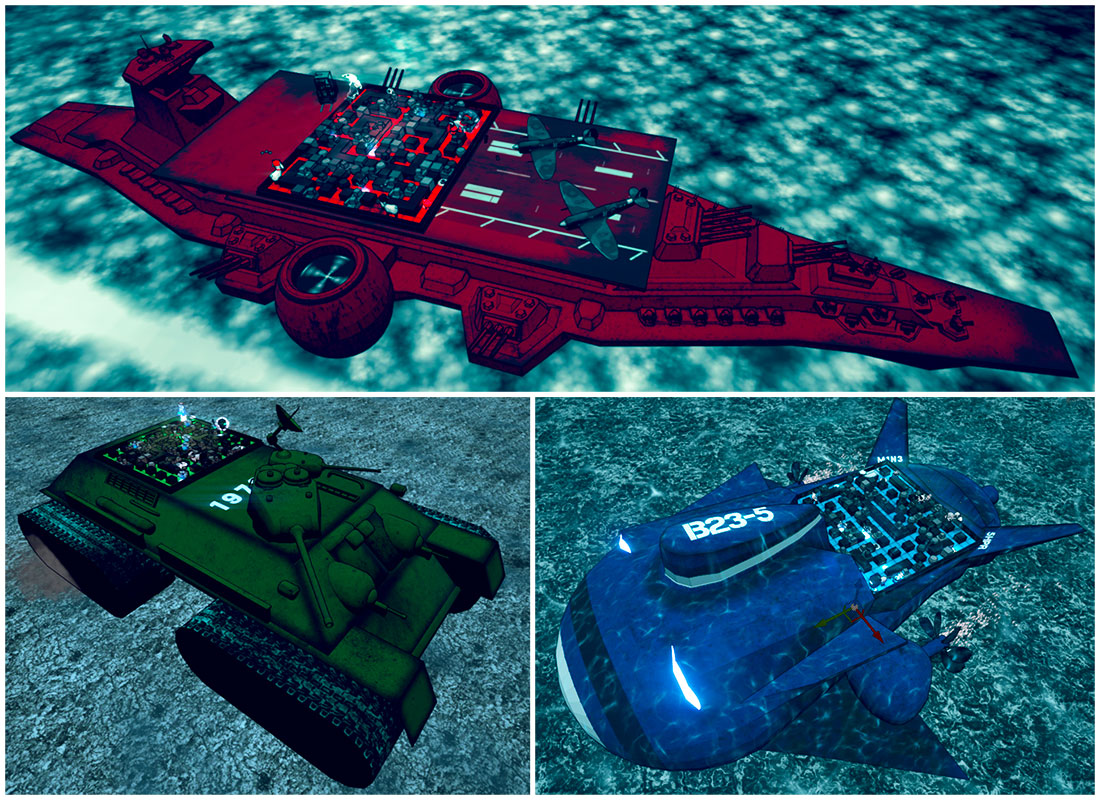 I made a rule that each level theme would feature a different vehicle. Following this, I went on to design a submarine, a giant tank, a subterranean mole vehicle, among others. I also made a choice to change the predominant colour for each level theme, to add more visual variety.

But the stark, red battleship level would forever embody the true Minesheeper aesthetic: A distillation of two decades’ worth of inspiration.