How to set up the Osprey to drop a squad of grunts in Black Mesa (Source).

Using the Osprey needs some extra entities to work properly. Here is how it is done:

The osprey can reinforce up to 8 grunts. For this tutorial we'll limit it to 4 grunts.

3. Create 9 path_tracks. Name them "osprey_m1" up to "osprey_m9". Do not use "Next Stop Target" in this case. We're going to connect the paths together with the Output. Go to "osprey_m1" and enter the Output:
OnPass > osprey > FlyToSpecificTrackViaPath > osprey_m2 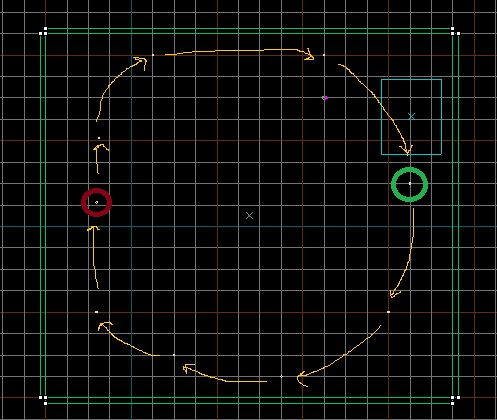 4. Now pick 1 path to serve as your entry point and one path to be the drop-off point, where the grunts rappel down. In my example the green circle (osprey_m5) is the entry point. Ideally this point should be out of the player's view. The red circle (osprey_m1) the drop-off point. Make sure this point is a bit lower than the other points, so the osprey makes a small descent when approaching.

You'll need to tell the osprey which points is the entry point and which is the drop-off point. Go into the npc_osprey and enter this into it's output:
OnReadyToMoveDeployZone > osprey_m5 > FireUser1
OnReadyToRetreat > osprey_m1 > FireUser1

6. Compile the map and wait for the osprey to drop the grunts. When you kill 2 out of 4 grunts, the osprey will return and reinforce the squad. The sequence works, but after rappelling the grunts just stand around. We want them take up tactical positions after insertion. Here is how that is done:

(Note that !self is displayed red. Ignore that error)

Now set up some static objects and drag the assaultpoints there. You can set the grunts to Force Crouch behind the objects if you want. Make sure their line of movement is clear so grunts don't bump into eachother. Also add some info_nodes or info_hints for AI navigation. It could look like this: 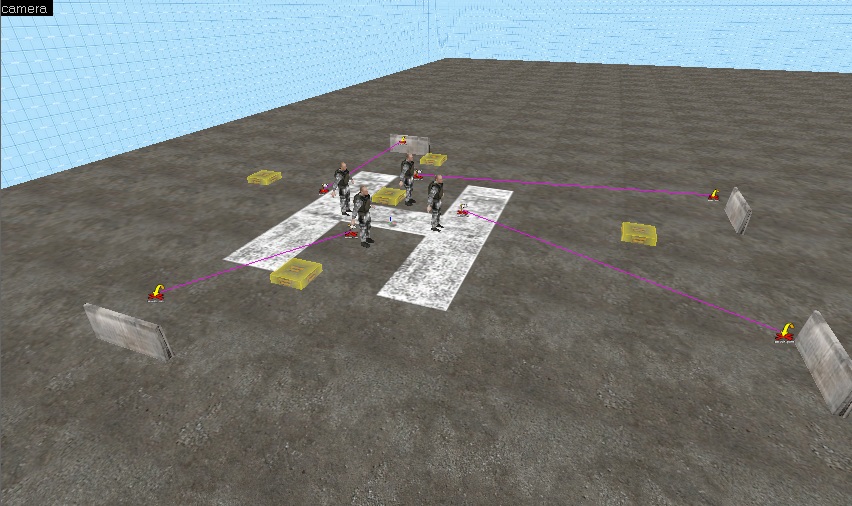 The osprey will keep dropping grunts untill it is destroyed. If you want it to retreat after dropping a certain number of grunts, you can set up the following sequence (this is not included in the example VMF):

9. Create a new path_track called "osprey_retreat". Put it somewhere where you want the osprey to retreat to. Preferably there where players can no longer see it. In the Output enter:
OnPass > osprey > Kill.

This will make the osprey disappear once it hits this path_track.

This will trigger once 10 grunts have spawned. In it's Output add:
OnHitMax > osprey > FlyToSpecificTrackViaPath > osprey_retreat

And you're done. Every time a grunt rappels down, it add 1 point to the math_counter. Once it hits 10 points, it will trigger the Ospreys retreat.

Example VMF can be downloaded here.

2021 and this tuto still work thanks