This week we continue our discussion on weapon systems and how they have the potential to impact gameplay through various scenarios. 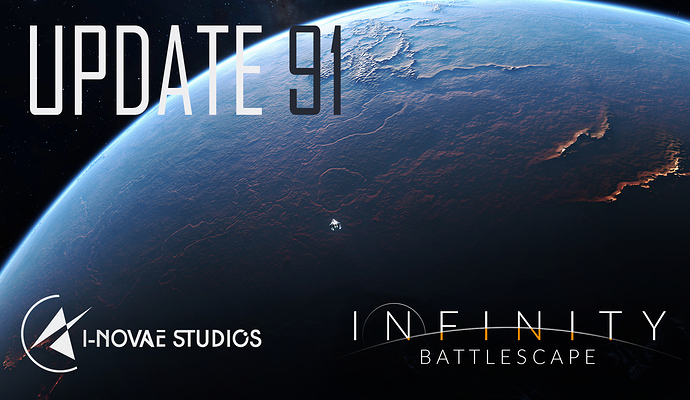 Hey everyone, it’s time for your weekly update. This week we’re going to discuss some of the gameplay ideas we have for weapons by going through a couple of different scenarios. To quickly recap we’re planning on implementing 3 broad categories of weapon: energy, projectile, and missile. Ships will come with a predetermined set of hardpoints which can be configured with different variations of weapons from those 3 categories. For our first scenario we will start with an interceptor on a recon mission. Sensors/radar are one of the least defined aspects of the game right now but one guiding idea we have is that radar will be dependent on line of sight – specifically it will be blocked by celestial bodies. Ships on the same team will share radar data with each other so you’ll be able to see around an enemy planet or moon if you have a network of scouts to act as relays. 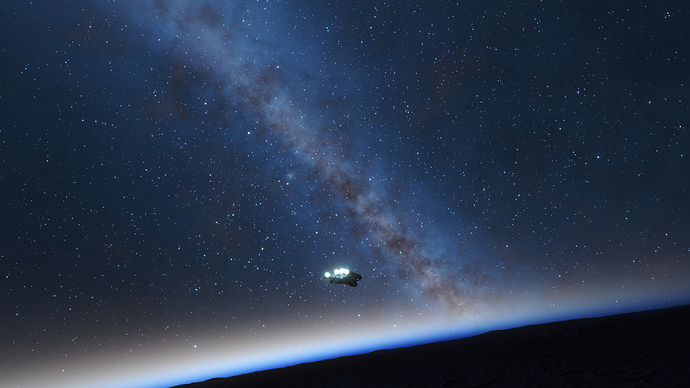 A blue sunset over a desert planet

On a scouting mission you want to maximize for speed and radar capabilities – direct contact with the enemy is to be avoided at all costs. Interceptors don’t have many hard points so you must choose your weapons wisely. In this case a suitable loadout could be a handful of missiles, enough to give the enemy pause long enough for you to get away, along with blasters for their unlimited ammunition. In this case, due to the potential for being deep behind enemy lines without the ability to easily reload, energy weapons are probably a better last-ditch choice than a projectile weapon. 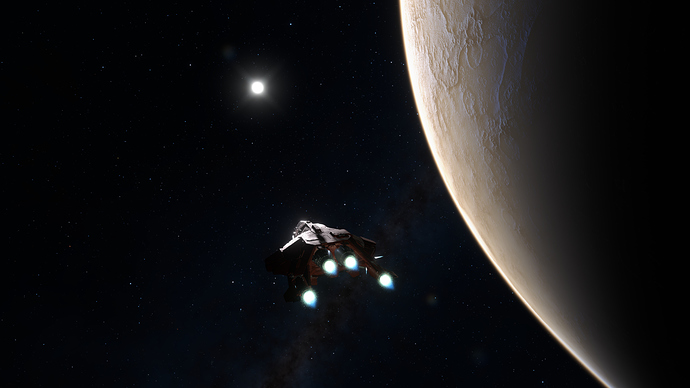 A lone interceptor on patrol

For our second example lets look at the destroyer – which is meant to protect cruisers and carriers from smaller ships such as the interceptor and bomber. A destroyer is designed to be outfitted with some combination of small caliber projectile weapons, missiles, and anti-missile systems. Where things get interesting is how you decide to allocate your hard points and for which type of weapon. A destroyer is frequently part of a fleet so maybe you can get away with more projectile and missile weapons since you can easily be resupplied from a nearby carrier. Perhaps you’re expecting to be a part of a prolonged battle and you can’t afford to be out of commission long enough to reload and therefore choose more energy weapons. Last but certainly not least how many anti-missile systems do you want? Each one comes at the expense of an offensive weapon. 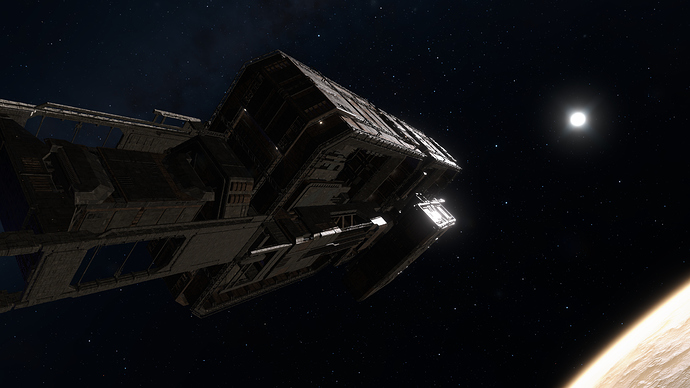 Overall weapons can be summarized as trying to make the right set of trade-offs for the set of conditions you expect to encounter. We also want to allow players to make changes to their loadout in the field for certain types of ship by docking with the carrier. We may also have special types of destroyer and/or corvette that provide support in limited capacities such as reloading and/or repair – time/resources will dictate. Our goal is to make weapons easy to quickly get the hang of but somewhat difficult to master.

SpaceJay recorded our first unofficial I-Novae event this past weekend. We hope to continue these events into the future, and look forward to seeing server population increase as we move from Pre-Alpha to Alpha!

Weekend fun 01 from SpaceJay on Vimeo.