Weapons development has begun, including weapon types, fx, and balancing. We also review some of the bugs that were found and fixed during the Alpha Weekend. 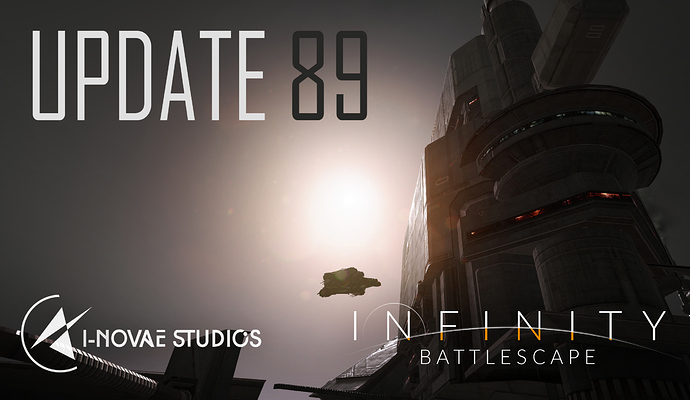 Hey everyone it’s time for your weekly update. Last week mostly consisted of working on making improvements to the game from feedback we received during our latest Alpha backer free-play weekend. The biggest areas of improvement included HUD icons and situational awareness, simplifying warp, fixing a server crash, optimization, and some bugs we discovered in our backend infrastructure. Overall the game ran pretty good however its VRAM consumption is becoming a serious concern. On extreme detail the game is currently using ~6.5gb of VRAM which is ~81% of your available VRAM on a GTX 1080. This is a common issue during game development. For example, when I was working on Gears of War 2, the entire engine team had to focus on optimizing memory usage with only ~2 months to go before shipping for all maps to be playable. Infinity: Battlescape will likely follow a similar trajectory. 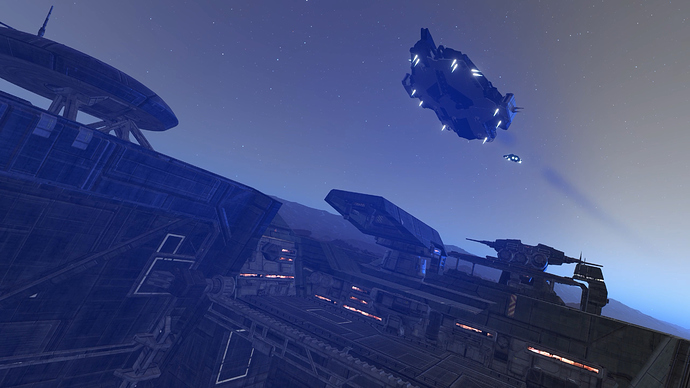 [Alpha Backer Image] A destroyer over a factory

Along with the aforementioned tasks we’ve also started work on the next major gameplay update – which will focus on weapons. Weapons will fall into a handful of broad categories: energy weapons such as lasers and blasters, projectile weapons such as machine guns and cannons, and missile weapons such as torpedoes and, well, missiles. On top of these weapon categories we currently have 2 major design goals regarding weapons. The first is that ammunition limits will be a serious consideration within Infinity: Battlescape and we want them to be in the general ballpark of modern aircraft. It will be possible to use up all your ammunition thereby leaving yourself with 2 choices: either re-arm at a carrier, land base, or station or become a kamikaze pilot and pay the cost of a new ship. 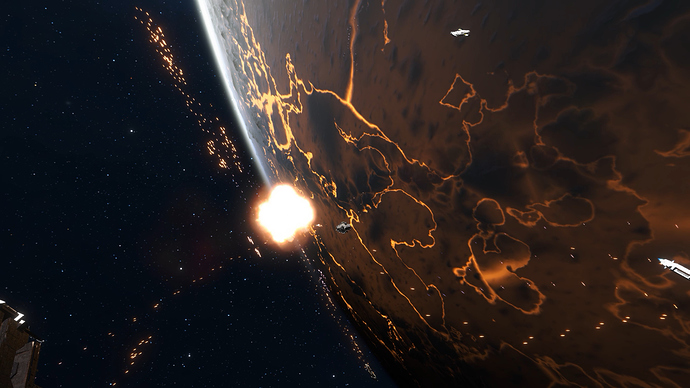 [Alpha Backer Image] A battle over the volcanic moon of Cinder

Secondly, one of the major selling points of I:B is massive space battles. We want to balance gameplay such that around 30% to 40% of participants will die within the first ~30 seconds once the shooting begins. Missiles will have the highest degree of lethality however they will be in short supply. The expectation is that at the beginning of a battle the first wave, which will primarily consist of smaller ships, will unleash all its missiles and a whole bunch of pilots will immediately die in a massive fireball. At this point the war of tactics and attrition will begin as each side switches to energy and projectile weapons while selectively firing any missiles held in reserve. Lastly, just because someone shoots a missile at you it doesn’t mean you’re guaranteed to die. All ships will be fitted with some form of anti-missile countermeasures – which will also be finite. In smaller ships this will take the form of chaff/flares that help you evade missiles whereas capital ships will be fitted with anti-missile systems similar to what you see on modern warships. 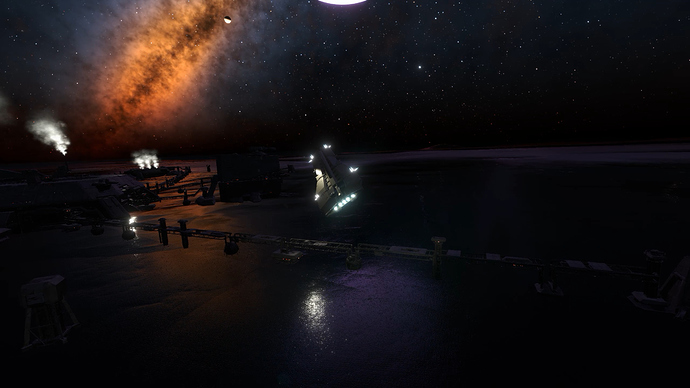 There’s still a lot to say about weapons so we’ll continue with more details next week. Please keep in mind that weapons will require a tremendous amount of balancing and everything is subject to change in service to “fun”. That’s all for this week, until next time! 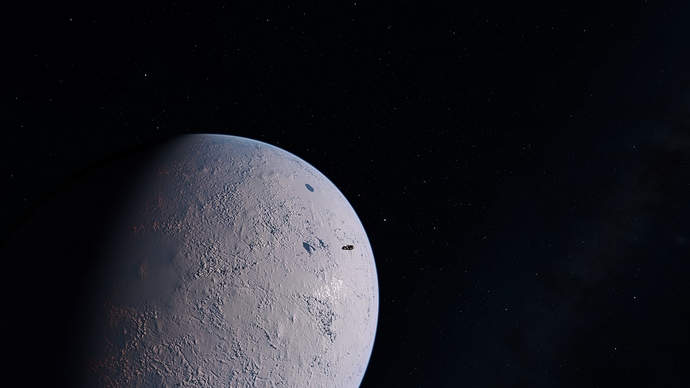 [Alpha Backer Image] On approach to an icy moon