Tomorrow we'll be hosting a Pre-Alpha weekend for all our Alpha backers and above. A lot of new content has been added in the past few weeks, however we're still not ready for a full Alpha release, but we want to give our backers a taste of the game. 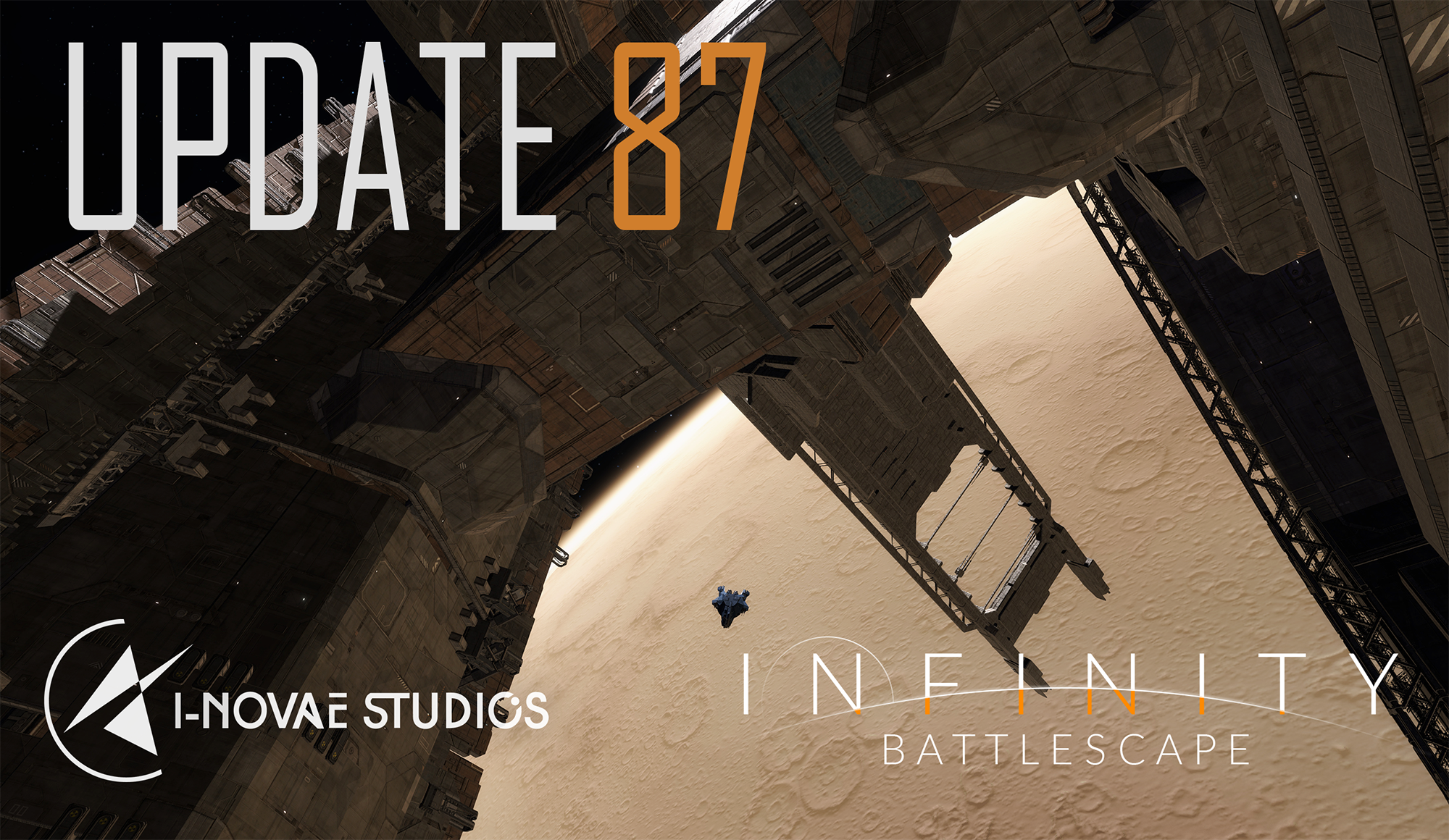 Hey everybody. As mentionned last week, we’re about to enter the alpha playtest week-end. If you are an alpha backer and wish to participate, make sure to follow instructions provided in last week’s update:

Please keep in mind that the game is still technically in pre-alpha, therefore we ask everybody to be patient with technical issues and manager their expectations: the game is still pretty bare bones (no objectives you can attack, only one weapon available…), assets are a work-in-progress (none of the ships are textured yet, the cruiser and carrier’s assets are still simplistic placeholders, same for particle effects… ).

If you like what you see during this play-test, make sure to spread the word and let your friends know about us. And more importantly: we hope that you enjoy your time and have fun ! Any feedback is welcome, and we’re hoping to see lots of cool screenshots, videos and streams this week-end ! Make sure to post all your feedback on our forums: forums.inovaestudios.com

Last week we’ve released a new patch which among other things, adds military land bases to the game. 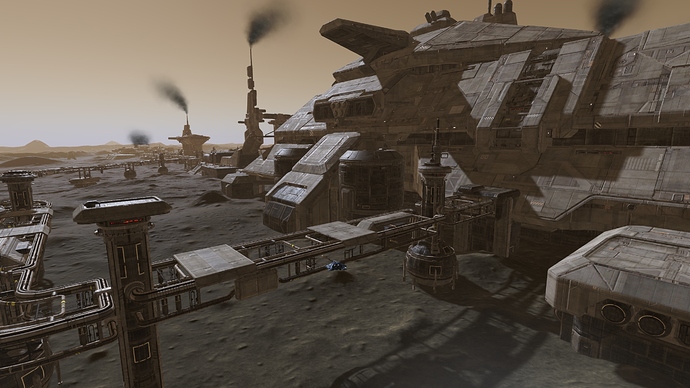 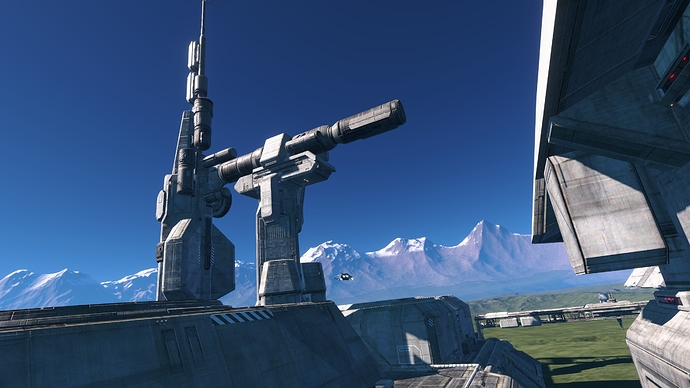 Bases (and other points of interests like space stations) are currently just static assets and you can’t interact with them. After the playtest week-end, we’re going to focus on these and add static defenses, which players can destroy. We’re also going to have a pass at destroying individual buildings (like the nuclear reactor providing energy) which is going to affect how the base works.

We’re also pretty soon going to introduce new weapons (with placeholder assets) and continue iterating on the gameplay. There’s still a lot before the game shapes up and is ready for the full alpha release. 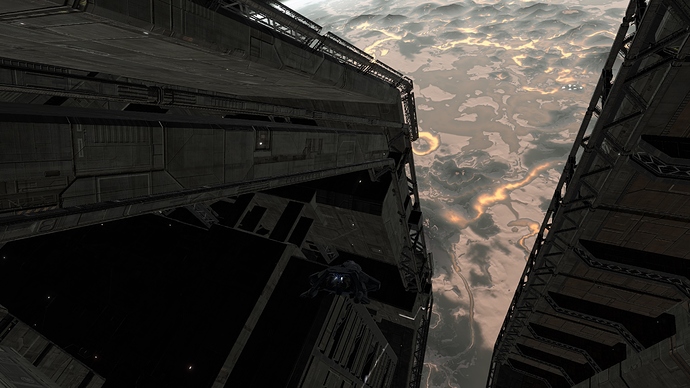 Top-right corner: can you spot the land base as seen from this space station ?

Between doing technical support and answering e-mails/PMs, Keith has found some time to fix the issue we encountered with patch 0.2 with our upload admin portal which failed for files over 2 GB. He’s also been working on various bug fixes for the installer and patcher, which should be made available right before the alpha test week-end starts.

On my side, a new patch is actually planned later today which should include the latest hotfix for crashes, reduce the bots AI difficulty and address some server side performance issues. Another patch will be released tomorrow, containing mostly polishing, bug fixing and balance adjustments (especially related to the AI and weapons).

On the art side, Jan went on a trip for a couple days, while Kristian is busy reworking some textures and adding more buildings for the factories and land bases. Jan should be back today and will be focusing on factories, however we are not sure they’ll be ready in time for tomorrow. I guess we’ll find out soon :)

A Video review of the latest patch from PlaybenniTars on YouTube, and some great in game screenshots from others in the community! 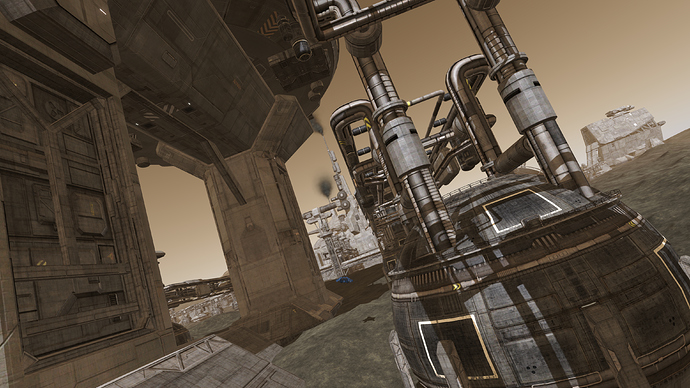 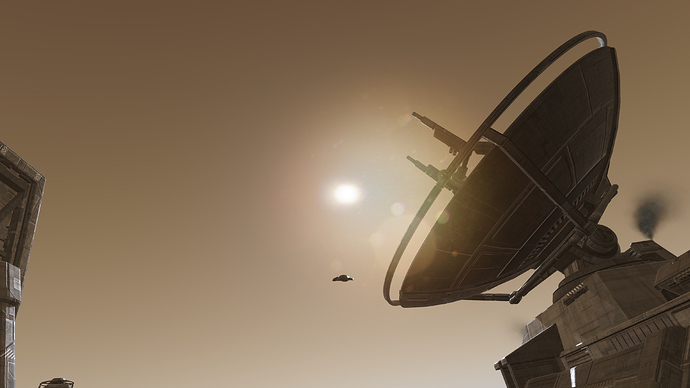 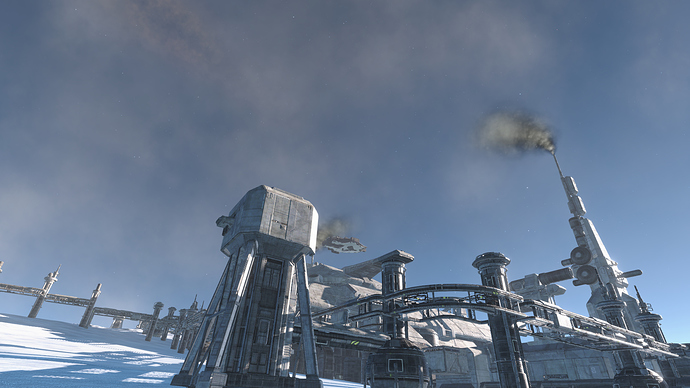