Demo has been released!

It's almost been a year since the release of The Dark Army: Uprising and the release of its latest patch. It came back after many hardships following its failed initial release almost two years ago, and received a lot of acclaim here on Mod DB, to the point it ended in the Top 100 Best Mods of 2016 during the 2016 Mod of the Year Awards which were held at this time, thus becoming the first Return To Castle Wolfenstein mod to ever achieve this feat. However, truth be told, we were never truly satisfied with what we had accomplished, and we were left with many regrets. Many other great, better Return To Castle Wolfenstein single-player (but also multiplayer, coop...) maps and mods, would have deserved to receive such praise. So we decided to put the development of the sequel, The Dark Army: Downfall, on-hold, and focus on the development of a new version of The Dark Army: Uprising, secretly, in order to make the mod truly worthy of its success, but also for the love we received from the players on Mod DB as well as other websites and communities all around the world. 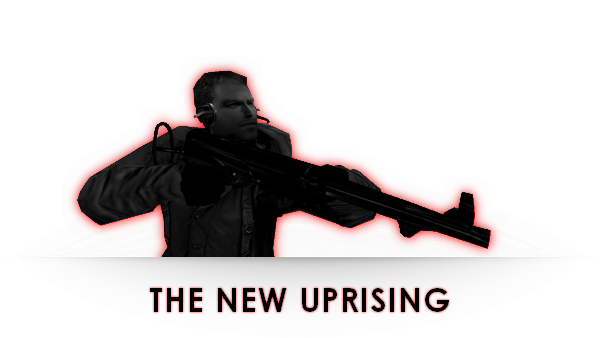 Two days ago, we started teasing something, as you probably noticed, both here on Mod DB and through social networks. Earlier today we have revealed what it was: the aforementioned new version of The Dark Army: Uprising! Baptized 2.0, this new version will be halfway between a remaster and remake: we have re-imagined the story, the environments, the ambience... all according to the feedback you were all so kind to provide. We are itching to create the most appropriate experience possible, using your reviews, comments and thoughts as guides. But more feedback will be necessary to improve the newly cooked formula we ended up with... with the help of a public demo! 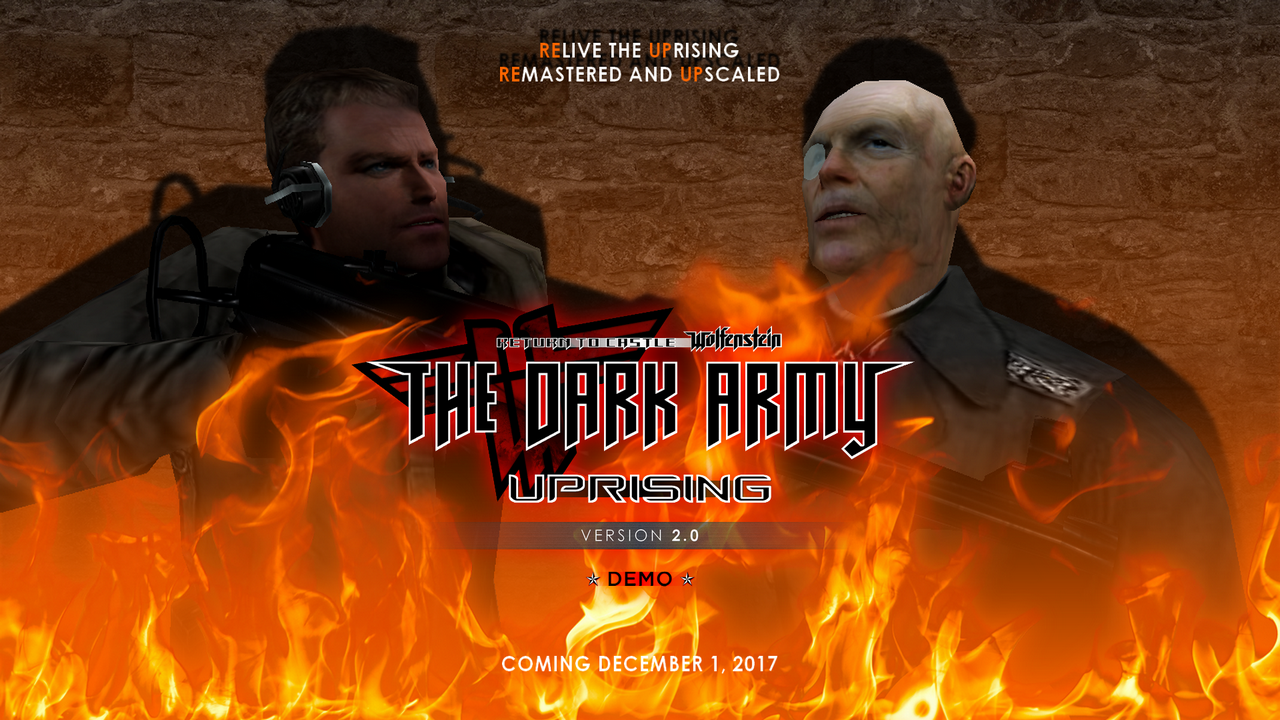 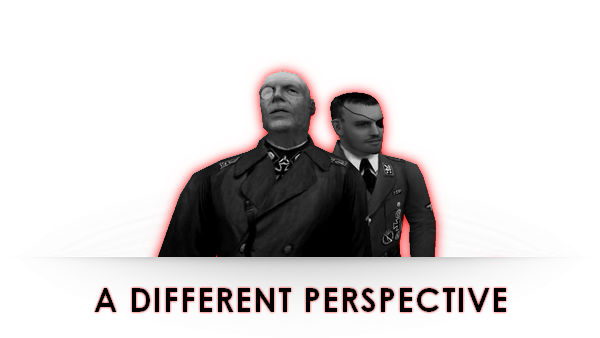 This new version is not coming now. We're not sure when it will release, but it's on the way. We take all the time necessary to rebuild most of the environments, reshape our ideas, improve the level-design... to create the ultimate single-player adventure. We're not in a rush, we've been working on this new version the whole year. However, it would be a lie to pretend that it's not close to completion. It will not release before 2018, at least. However, we would like to have as much feedback as possible for the new Uprising to be as close to perfect before release. That's why we decided to release a public demo tomorrow, for testing purposes. It will feature the introduction (briefing) cutscene as well as the first playable mission (which will be playable by either day or night, through four different difficulty modes). 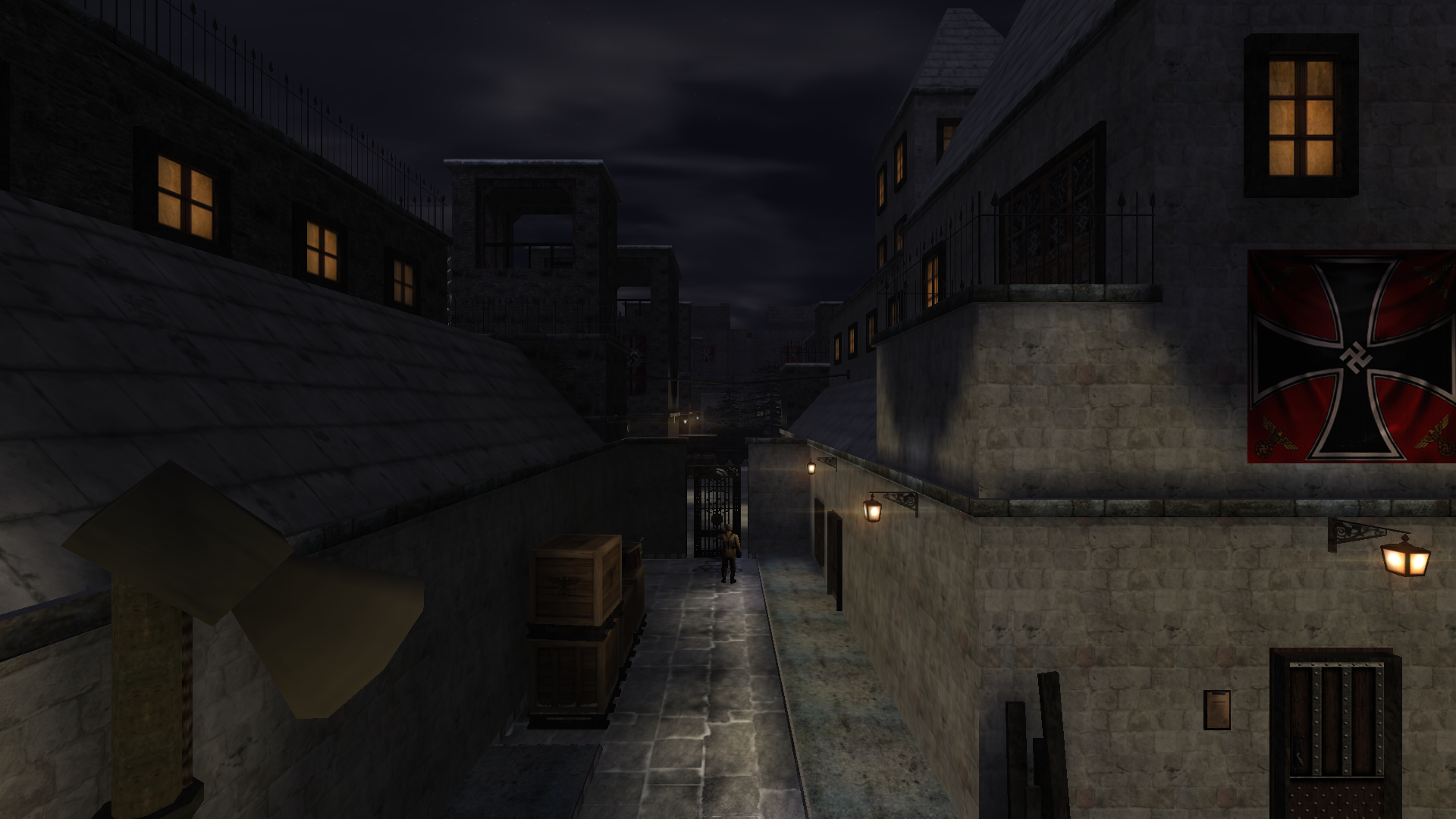 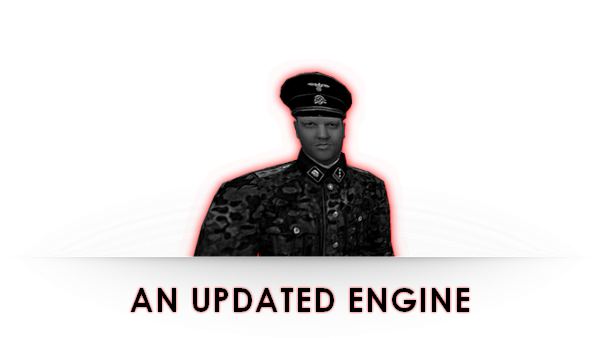 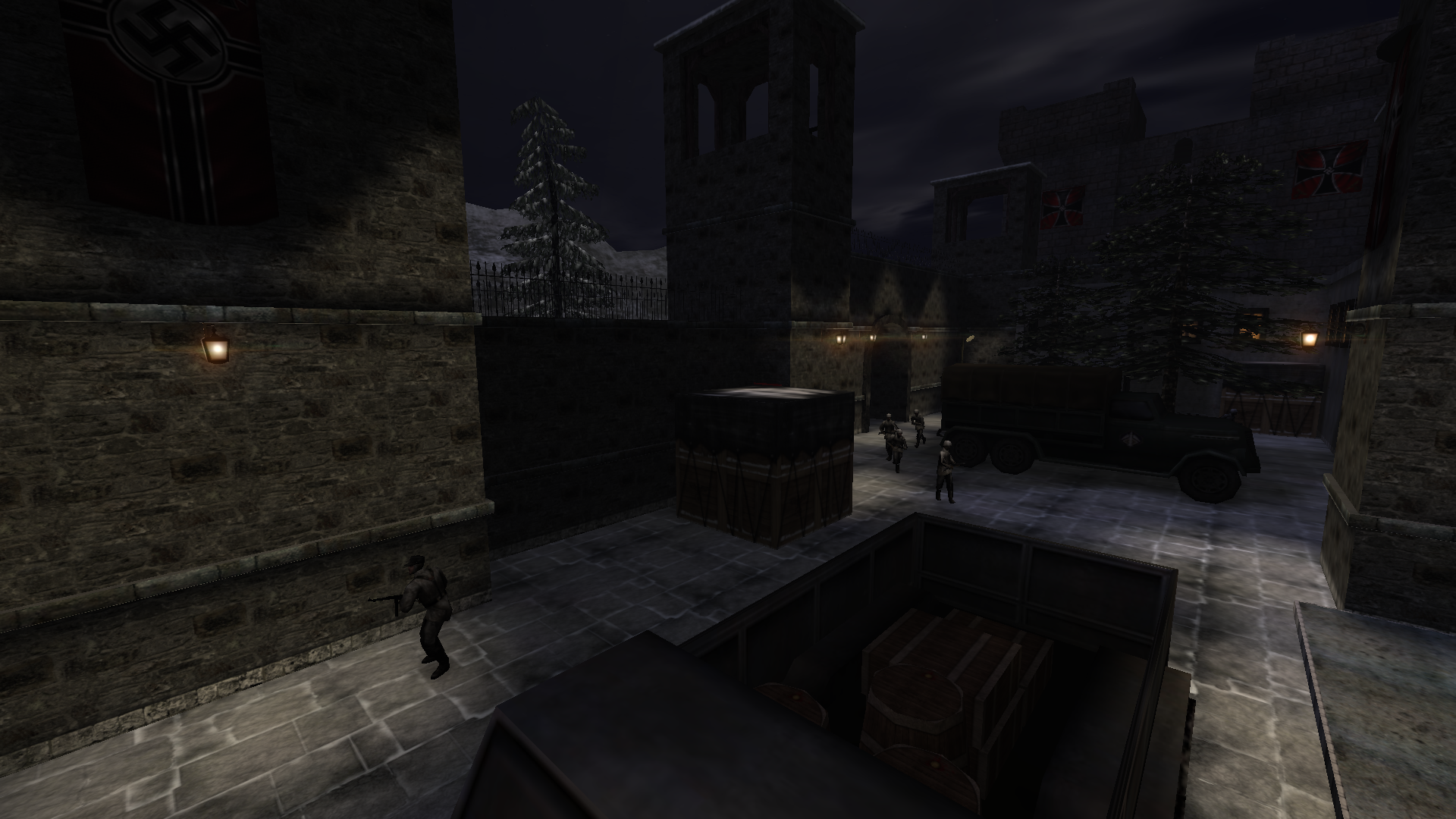 So you may have guessed it by now, as the new version of The Dark Army: Uprising will be powered by RealRTCW 2.1, you'll need a clean install of Return To Castle Wolfenstein (1.41) and it will have to be either the US version of the game, or the one available on Steam (which is basically the same, because the version sold by Steam all over the globe is actually the US version of the game). And the upcoming demo of tomorrow won't escape this rule, so be sure to prepare your clean install of the game. That's not that hard hopefully since, if you get the game from Steam, it will already be patched to the latest version, and if you have the US version without patches, those are not that hard to find and install (provided you proceed in the correct order, at least). We sincerely hope that now you understand why we can't release a standalone version of the mod just like we did in the past, because this time we would have to include all the original game's files in the package, and that would be illegal. However, be sure we'll provide all necessary installation instructions within the demo's file description, step-by-step, to make things way easier, and be here to help you with the installation if it proves necessary. Until then, if you don't have the game, we recommend you get it from Steam right below (and it won't have much of an impact on your wallet). Latest Wolfenstein installments are great FPS games? I won't deny that they are good FPS games, but this one right below is the real thing: the real, classic and unmatched Wolfenstein experience. The best entry in the series, despite it's sixteen years old. Give it a try if you haven't!

The exact time of the demo's release tomorrow will be revealed very soon. Now, as we said, feedback is our fuel for development. We'll make good use of your reviews. Thus we will most likely create something with Google Forms, a poll, in which you will be able to send your thoughts, what you liked, disliked and what you'd like to see, so we can work on it and keep you informed of our progress. 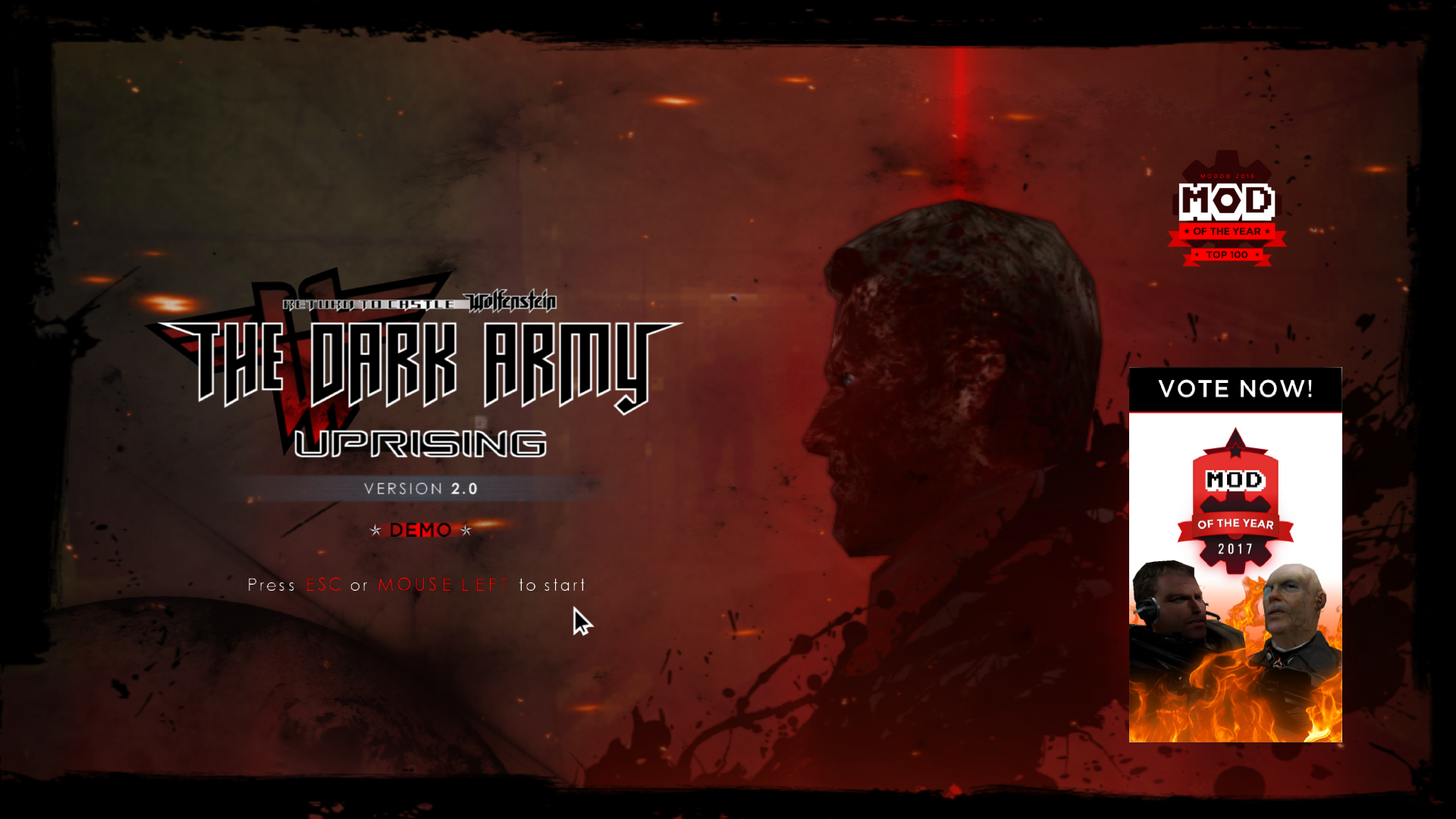 Congratulations, I will download it and play it during the Christmas holidays :)

Hoho. Thats great news mate. Iortcw is superb source port. You should probably wait till RealRTCW 2.2. Still not sure about release date though. Trying to make it till the end of the year. But there still some things which are holding back my release.

So RealRTCW 2.2 is indeed around the corner, huh? Even if tomorrow's demo of the mod will run with RealRTCW 2.1, the final build of this new version will most likely have your next jewel as engine for sure! ;)

Can i actually skip the cutscenes now?

This is indeed nice. The cutscenes are good to watch, but not on every single playthrough. Good work, TITEUF-85!

The GOG version will work?

Most likely, since GOG only has the US version, just like Steam. Should have mentioned this in the article too, sorry for that.

As soon as it's released, I'm downloading it.

Thanks for your never ending support soldier!

Really nice to read this. Will publish on my channels too :)

Thanks, I look forward to this! :)

GREAT WORK!
One little question: how to move the bookshelves?
THX

Excellent. I'll advertise this news via one of my website updates.

Thanks for your never-ending dedication my friend. ;)

I loved it. Voices are ok and there are even secret areas. When are we expext the full version?

I'm glad that you enjoyed this nice mod, Sharkloid. The full 2.0 version should be arriving early this year, perhaps within the next month or so.