Until now, only the top 100 mods from 2006 and 2007 were ever revealed. Today after shifting through the sites old data we decided to dig up the old top 100 mods from 2002 onwards, so you can take a trip down memory lane and see what mods were hot way back when Counter-Strike was still growing, Half-Life 2 didn't exist and fuel cost the same price as a big mac meal.

It is a great mix of classic mod titles from Half-Life 1, Quake 1, Tribes, Unreal Tournament (basically all the big-name games) before 200 sequels were made. Enjoy! 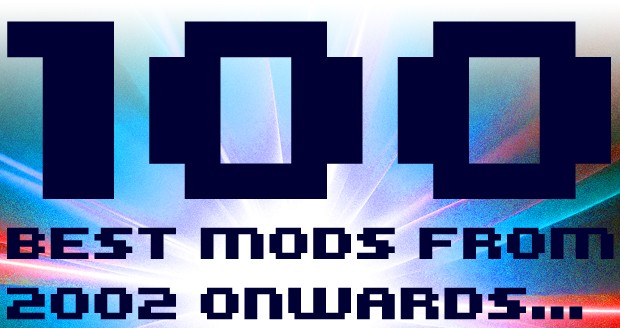 2002 was a brilliant year for the Half-Life mods! So many great mods was released. Really legendary days! ;)

The original CS and DoD mods :) Just goes to show what can come from modding. There seems to have been an ever increasing pool of games modded that are reaching the top 100 as the years have progressed.

It would have been nice to see what actual positions in the TOP 100 our mods actually reached at the end of all these awards.

Position is irrelevant, I dont see why you would want to know where things placed

How's is position you finish in irrelevant in any competition, as it's something every competitor likes to know, i.e how well he or she did, as it can give you that much needed boost to continue your hard work.

I also recall you posting that you were in fact going to post this information this year.

This is also got to be the maddest competition that i've seen, as your entered without being given the choice & then when it's all over your not told where you came in it anyway, unless your prize winner, pure madness.

I think it's really interesting to have names. having a list of them in position shows who was popular in each year.

I hope we get a list of positions this year

as without this the competition seems all a bit pointless to many of the TOP 100 entries that never realy had much of a chance of winning a TOP 3 spot anyway.

I’m actually hoping for this too, it’s always very interesting to see.

The best games in all around

It is lame to see the same mods for HL2 every year since 2004, there are mods that yet haven't finished but just wonder around those pages.