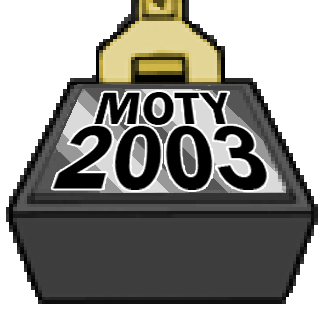 These days mods are to games what butter is to bread. With that year we saw many game companies holding more mod expose to teach or share (the tools) on how to mod. We saw more schools offering scholarships to game design this year. Many game designers played one mod before they put all the imagination they had into moving onto games.

Mods they are fun, original and extend the lifespan of a game to be virtually never-ending. With making mods you the creator have the entire world in front of you to decide what to make. Some mods have been stopped for not getting permission and the mods below are proof of doing it the correct way.

The idea of this article is to show the world and you noobs who live under a rock that sexy mods exist and no they are not Counter Strike. The first group of mods I will explain are mods released this year in 2003. If I didn't list a mod that was out in 2003 I am sorry. We set up a forum thread and so many people posted mods. Many of them were not mods that released in 2003. Some mods are not out yet. The rest of this is mods everyone voted on to say they loved them or thought highly of them.

With 2003 almost behind us, it is time to look at the year that was 'modification explode' and scope out what captured gamers imaginations, hearts and...

The Specialists, i really love this mod :-)

omg second:P and i need to say i love PVK

Tags
Embed Buttons
Link to 2003 Mod of the Year Awards by selecting a button and using the embed code provided more...