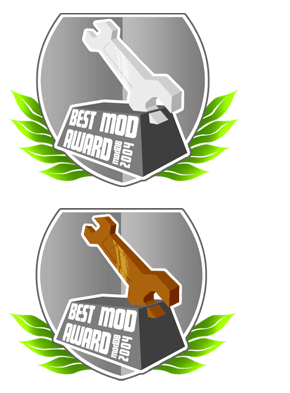 Each year we see a flurry of 'Game of the Year' awards features. We have even seen some 'Mod of the Year' awards, however, they have often been small uneventful features, judged by a few biased reporters and limited to one game. Not anymore; 2004 marks the first year when the public who make and play the mods out there get to decide which are the best going round.

Two competitions will be run:

Tags
Embed Buttons
Link to 2004 Mod of the Year Awards by selecting a button and using the embed code provided more...

2019 Indie of the Year Awards Event with 23 members