Post news RSS The Men of Dale in Erebor

Posted by MathijsRevora on Dec 7th, 2017

When King Thór reestablished the Halls of Erebor and crowned himself King Under the Mountain, the wealth that flowed from the mountain led to a valley situated immediately before its gates to be settled by Men of Rhovanion. Thusly the City of Dale was founded - Erebor's closest ally, ruled by the Lord of Dale.

When Smaug took Erebor, the citizens of Dale abandoned their City and fled southwards, down the Long Lake, to Esgaroth, a town upon the Lake and an important center of trade in the region.

For many years the Men of Dale and Esgaroth lived frightful lives beneath the shadow of the Lonely Mountain, until, at long last, Thorin, grandson of Thrór, appeared - strong-willed and grim - determined to retake the Mountain and slay its unlawful occupant. Then, when Smaug outwitted Thorin's burglar and set off to burn Esgaroth, he was finally slain by a skillful bowman named Bard, directly descended from Girion, the last Lord of Dale, who had died in his attempt to repel Smaug's attack almost 200 years ago.

In Age of the Ring, Dale and Esgaroth are well represented in the Erebor faction.

Starting off, they can recruit Bard the Bowman himself! He gets a full set of unique powers, chronicling his journey from an 'honest' bargeman to the leader of his people. 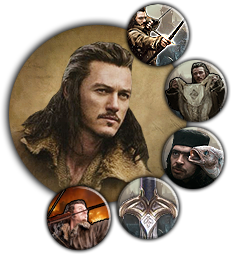 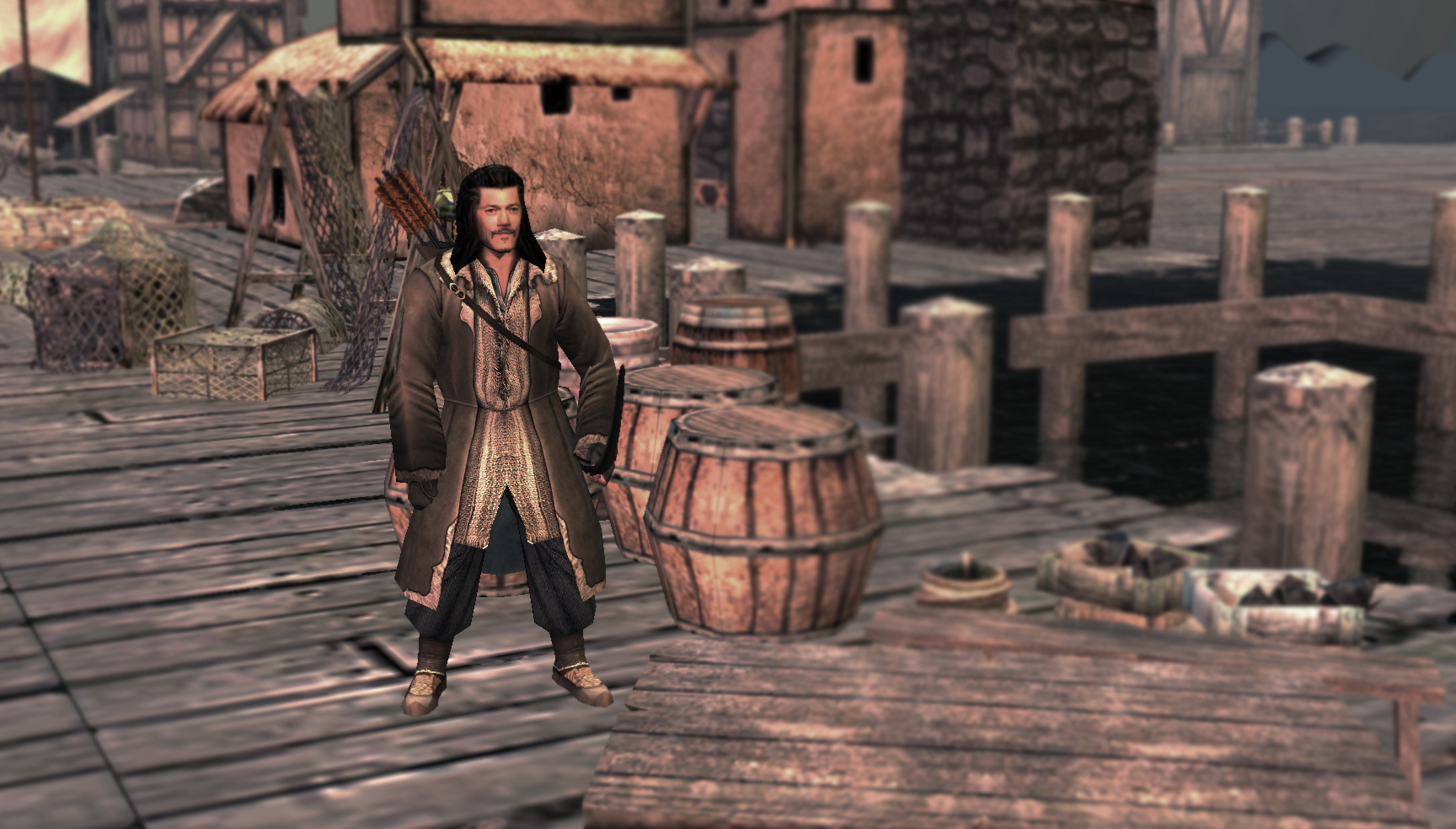 No Spellbook points required. Erebor can build the Dale Barracks from the start, signifying its close relationship to the Men of Dale. The model we used comes from the very first BFME mod ever announced (back when BFME1 wasn't even out yet) - Rhovanion Alliance, modeled by a long-gone artist named Andros de Nurne. 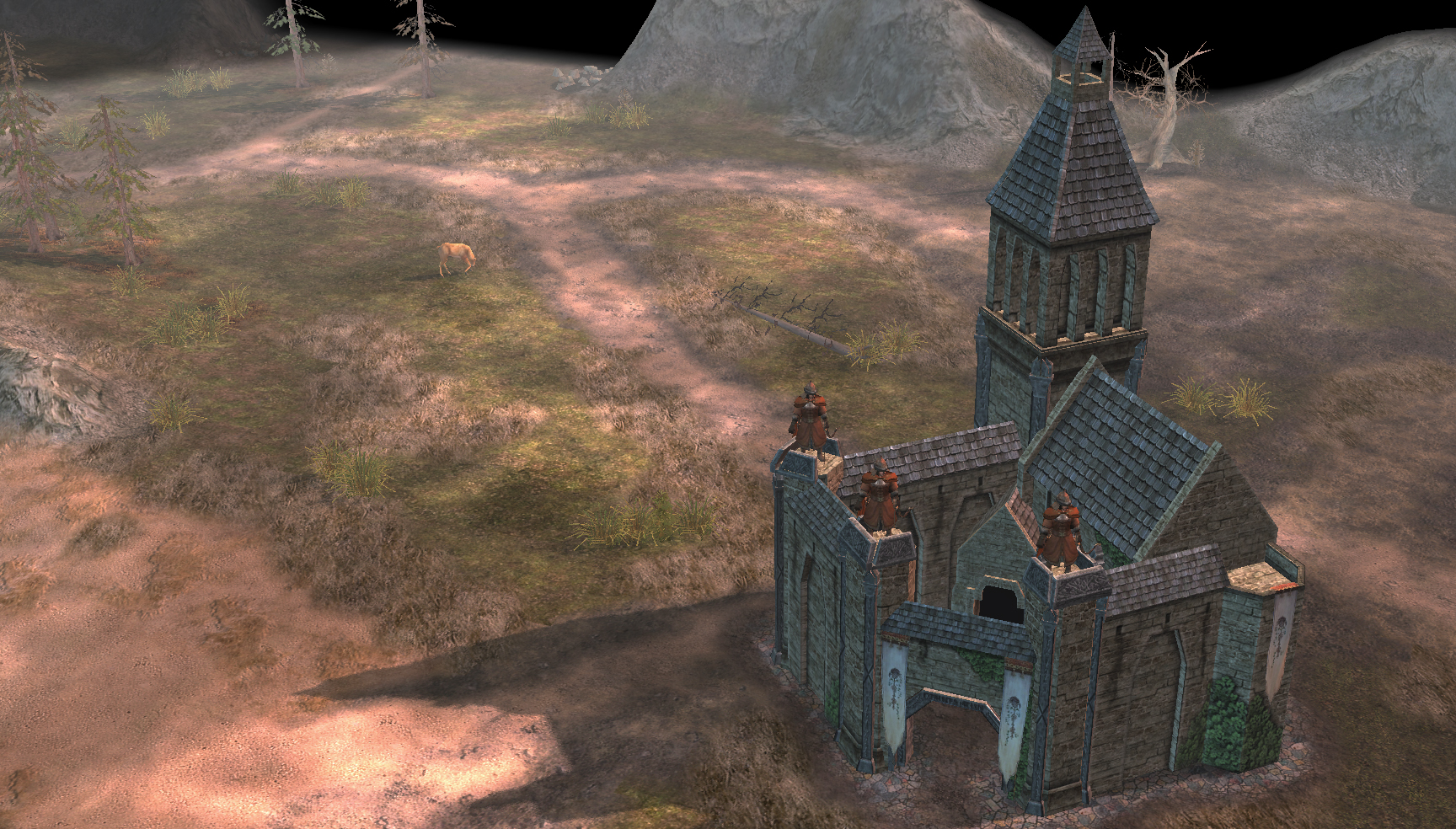 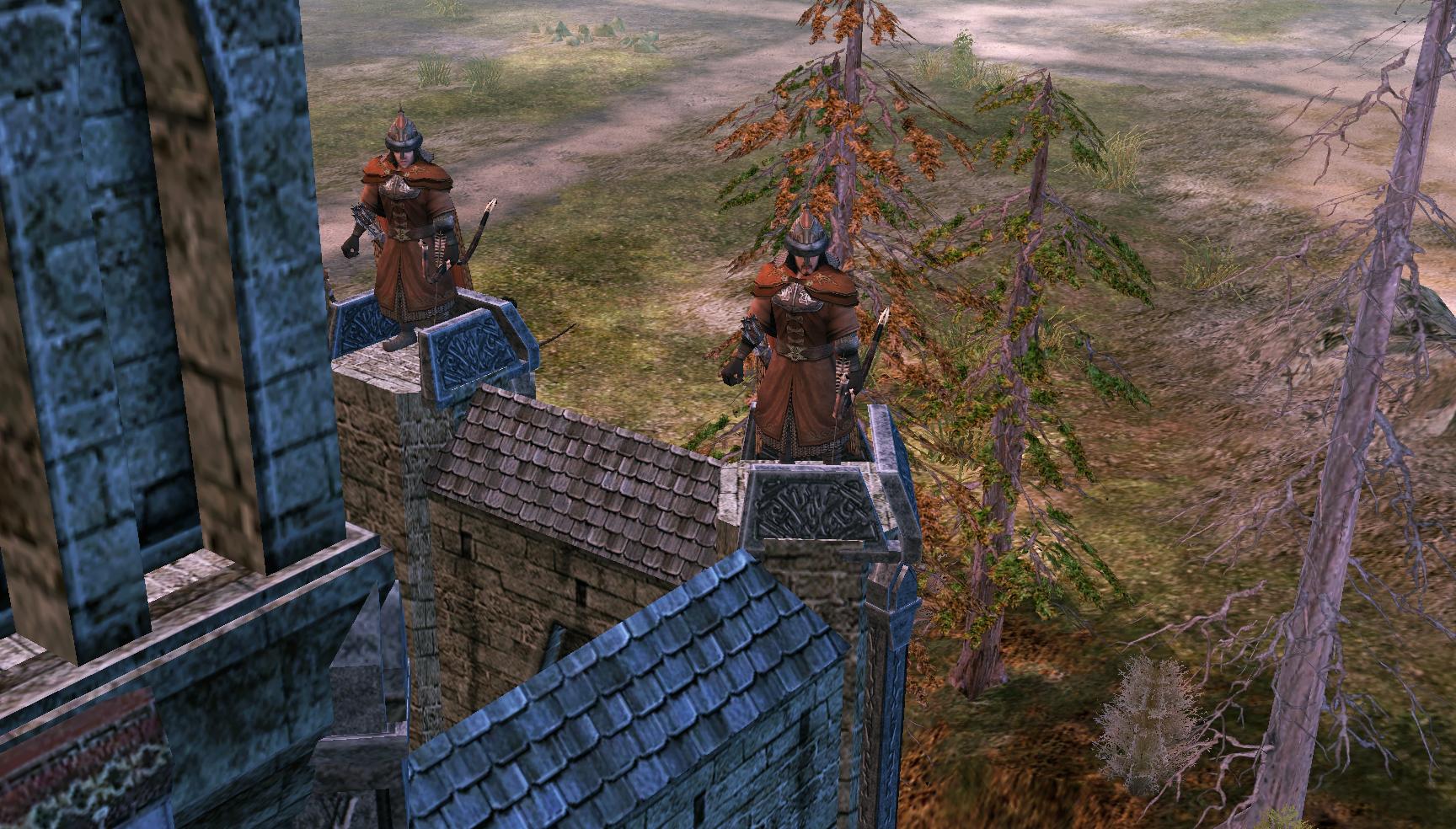 The first unit you will likely buy from the Dale Barracks is not actually from Dale! 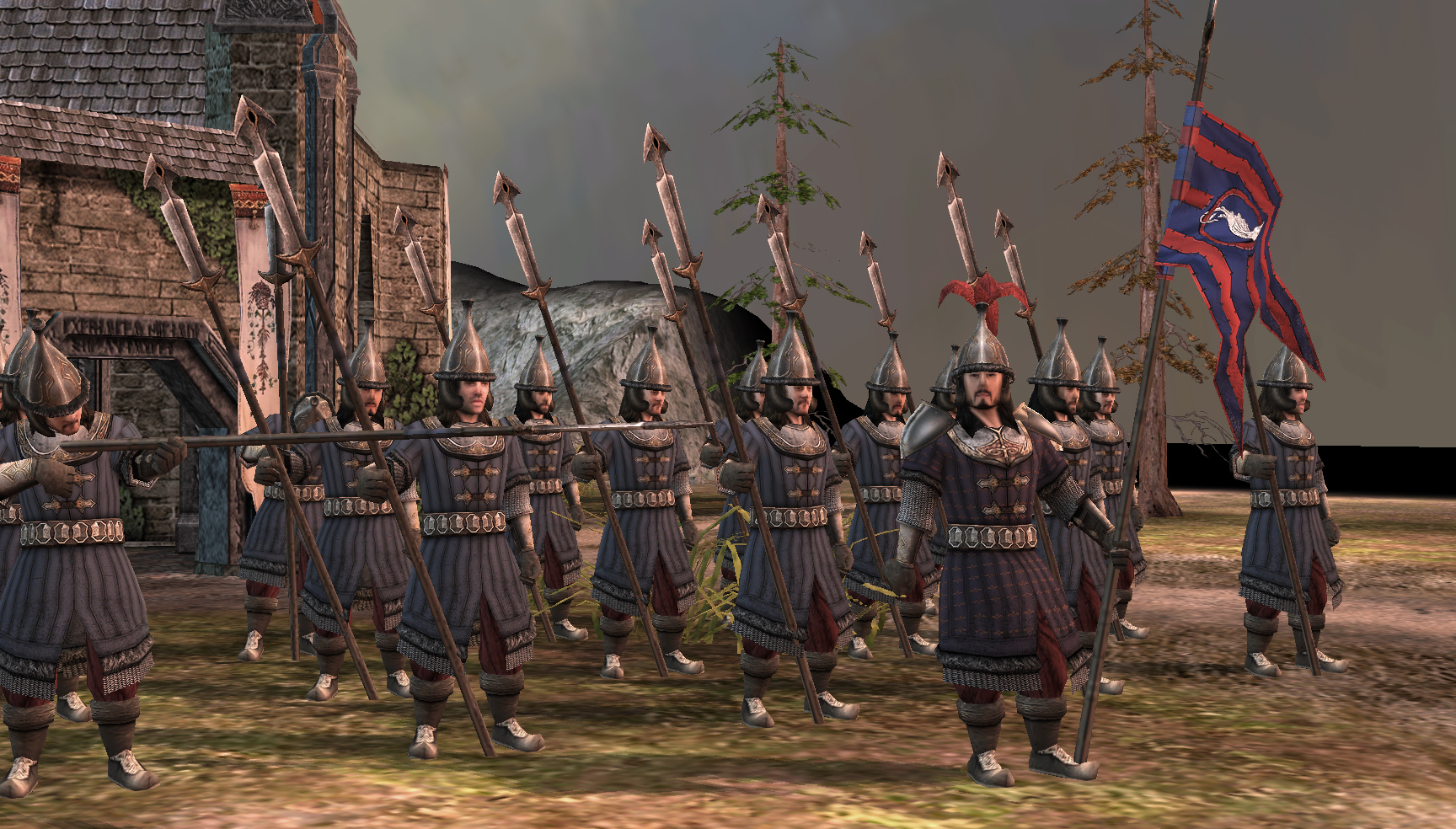 They are closely related, however. Of old, the Master of Esgaroth has armed and maintained a small regiment of townsguard, tasked with upholding law and order upon the Long Lake. These are a basic spearmen unit, fully upgradeable, as a possible alternative to Erebor Spears. 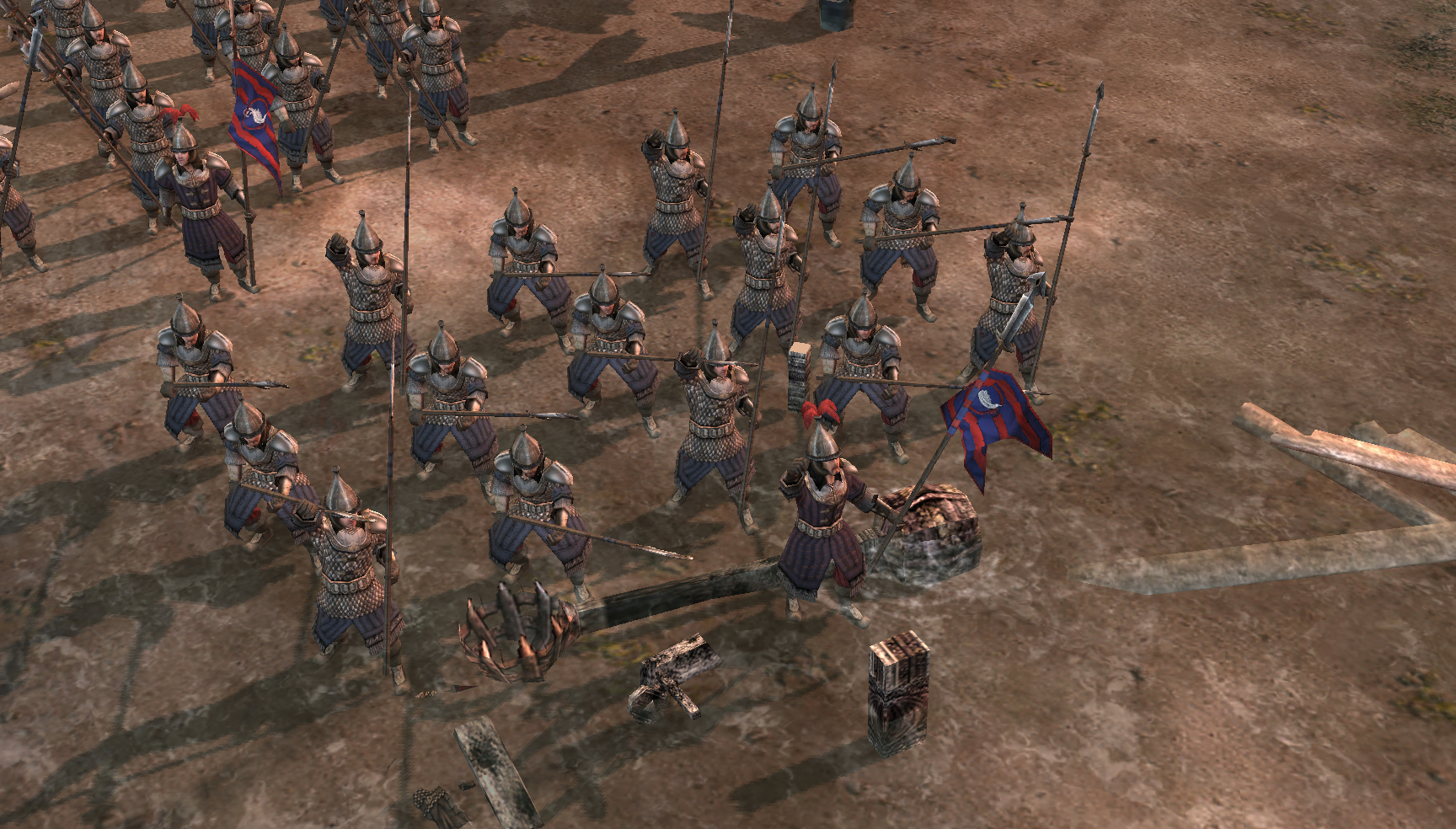 Then, after the Barracks is upgraded, two additional units become available, both elite: Dalish Swordsmen and Dalish Longbowmen. The rekindled wealth of Dale is exemplified in its excellently trained and equipped army, ranking among the finest in all of Rhovanion. In Dalish military tradition, skillful use of the longbow is a prime mark of an excellent soldier. 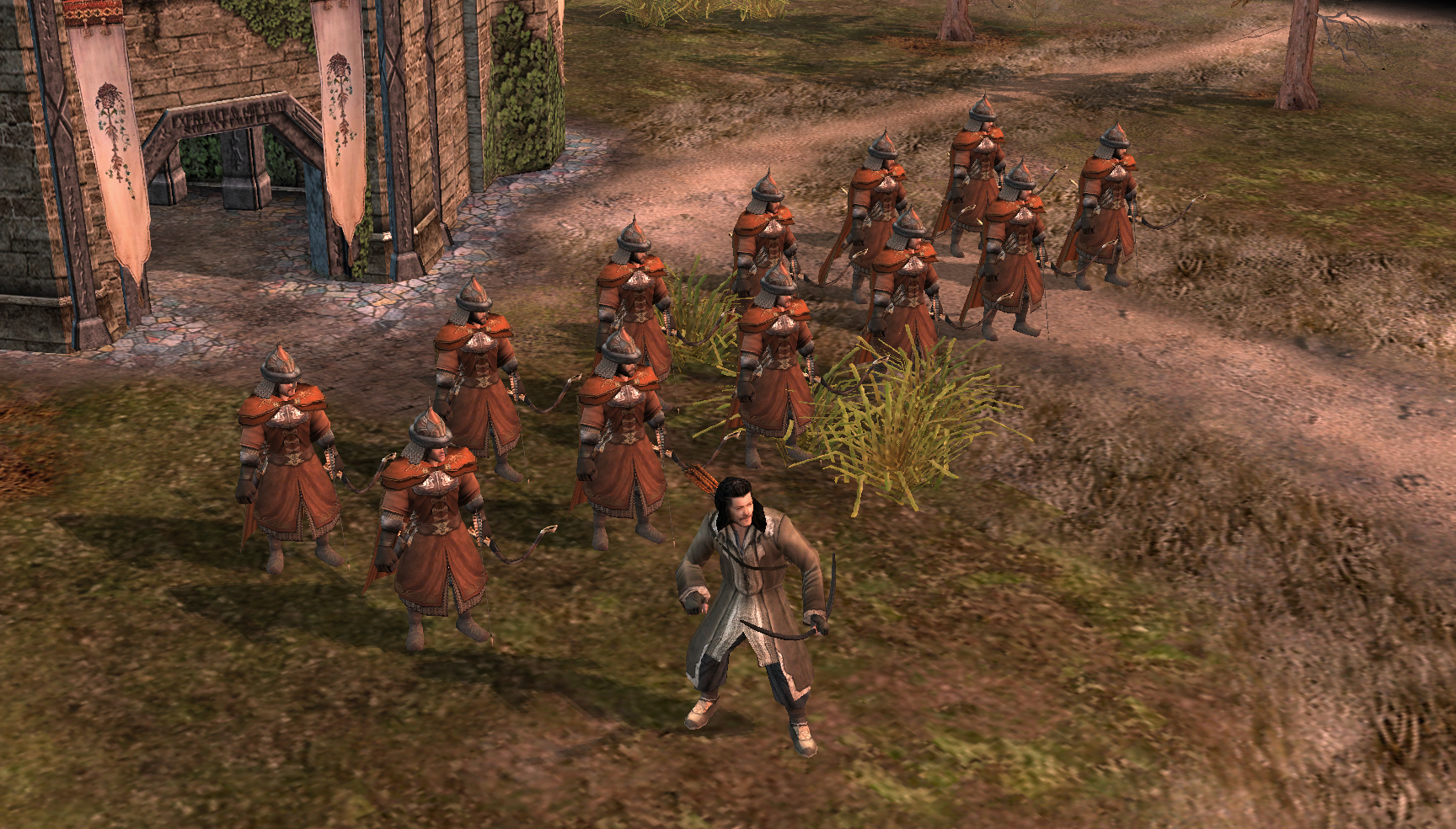 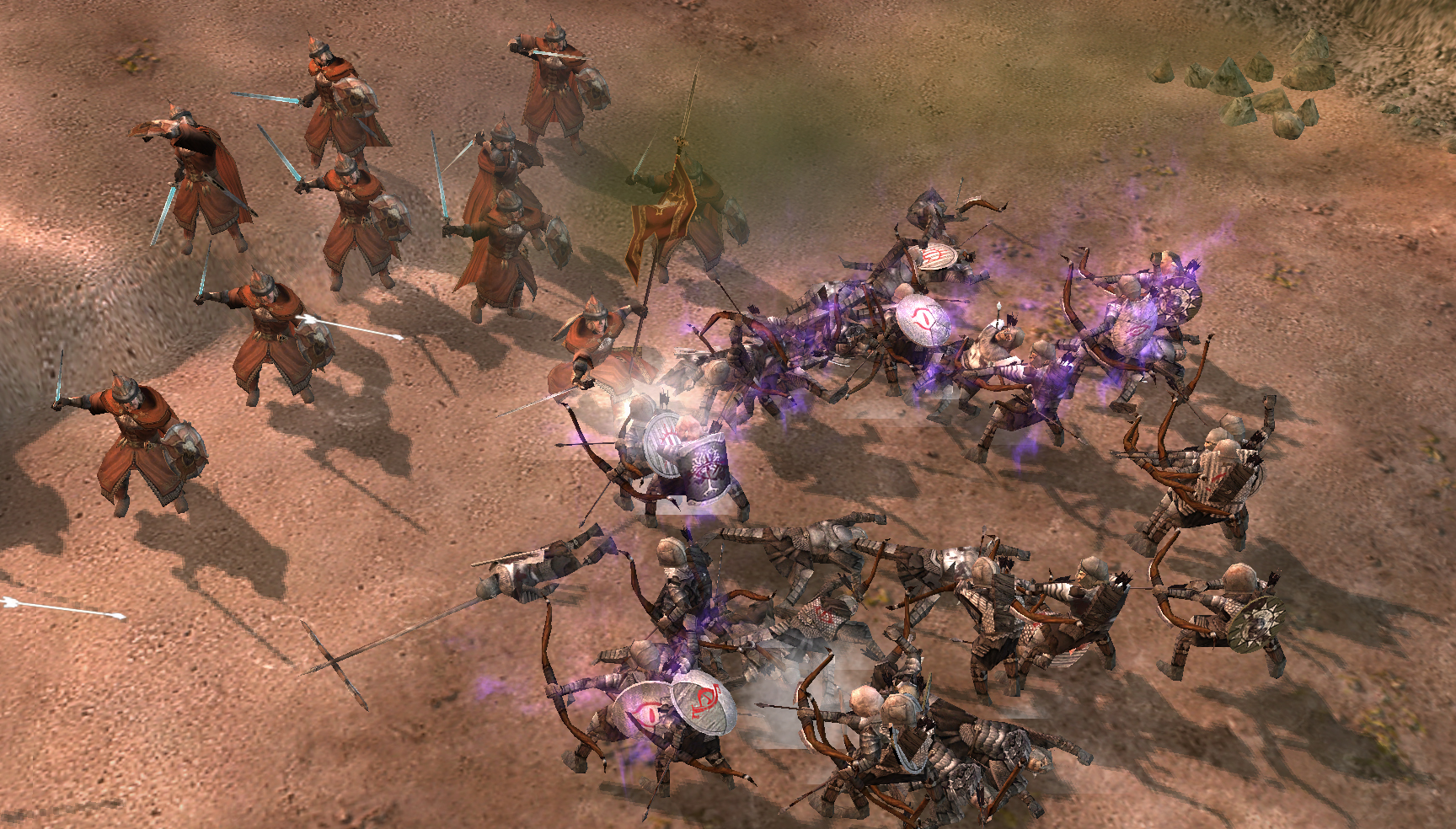 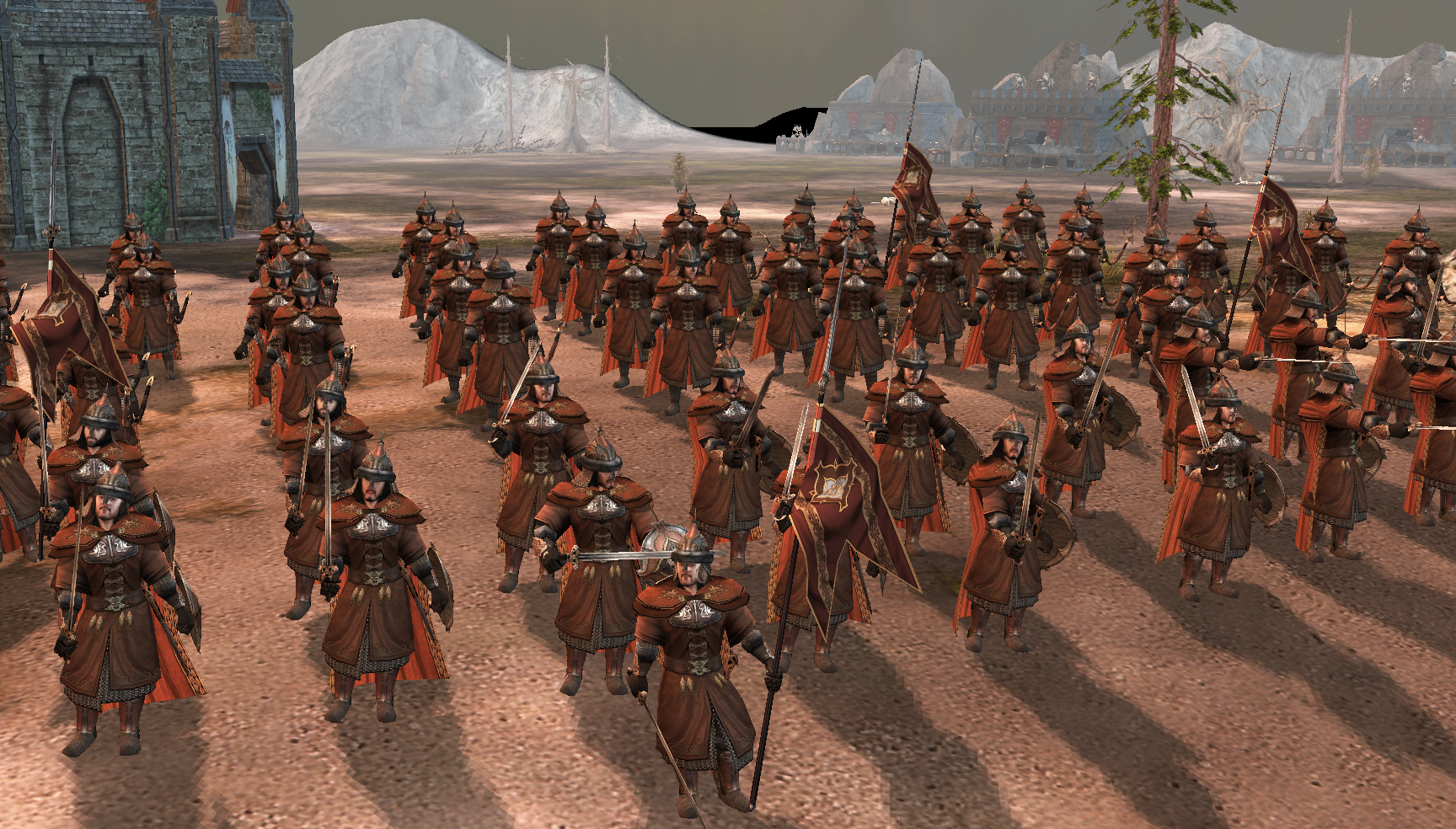 The Dalish Longbowmen will be able to fire a Black Arrow shot at rank 2, while the Dalish Swordsmen gain Dalish Supremacy at rank 4, demoralizing enemy Easterling and Khand units.

That's it for this update article. If you like our work, please give us your vote in the Mod of the Year awards. If you don't like our work, well, that's OK, you are still allowed to vote!

I'm so glad people are including the movie Dale aesthetic. Such a little thing in the movies, but such a great look. Well done.

I love this article and the pictures. I hope you will be in the top 10.

You bow to no one *bows*

This is really great concept for the implementation of Dale in Erebor. But that mini faction concept going on in this mod through spellbook is something I really like. Erebor will have something like this ?

No, they won't have a citadel/mini-faction spellbook power.

I guess that the design concept is that these peoples are a core part of Erebor. You can read in this article how their histories are intertwined.

Yeah I read the article I was just pointing out the thing going on in this mod which I really like :) I am not asking making Dale mini faction for Erebor. Another thing maybe for that role.

How will the Dalish infantry compare with other (comparable) elite units. Or not decided yet?

Dalish Longbowmen retain the vanilla MoD elite archer stats and as of now, Dalish Swordsmen have the Angmar Dark Dunedain Stats. But as usual, balance testing will decide where they should go in the long run.

I also have a question about the townguard, it states that are a possible alternative for the erebor spears. Does that mean they are equal or are they just faster with less armor?

They are a faster but squishier alternative.

Awesome way to revive the Rhovanion Alliance. I was really excited for that, aaaaand then it was canceled. The Dwarf Holds was a good mod, bu the RA mod promised a lot.
Again, this mod is so much better than any other BFME2 or ROTWK mod I will ever see or play. This alone is my favorite video game ever, and all thanks to AOTR!

Keep it up, and please don't cancel anytime soon.