Some words about the presence of Angmar in Age of the Ring...

Posted by MathijsRevora on Jul 6th, 2019

As we have long repeated in various comments, Discord conversations, and FAQ entries, Age of the Ring will not have an Angmar faction, because the timeline of our mod is set during the final years of the Third Age, long after Prince Eärnur and the combined forces of Eriador defeated the Witch-king and scattered his fell kingdom to the frigid winds of the North - leaving only ruins and legends in its place.

Or so we all thought.

In Age of the Ring 4.0 (soon™ to be released, to get that question out of the way), we have found a way to implement some of Angmar, as part of the Misty Mountains, a faction that, during the War of the Ring, occupied parts of its former territory.

For 10 power points, Misty Mountains players will be able to purchase the Ruin of Angmar spell, which will summon a ruined Angmar tower to the battlefield. 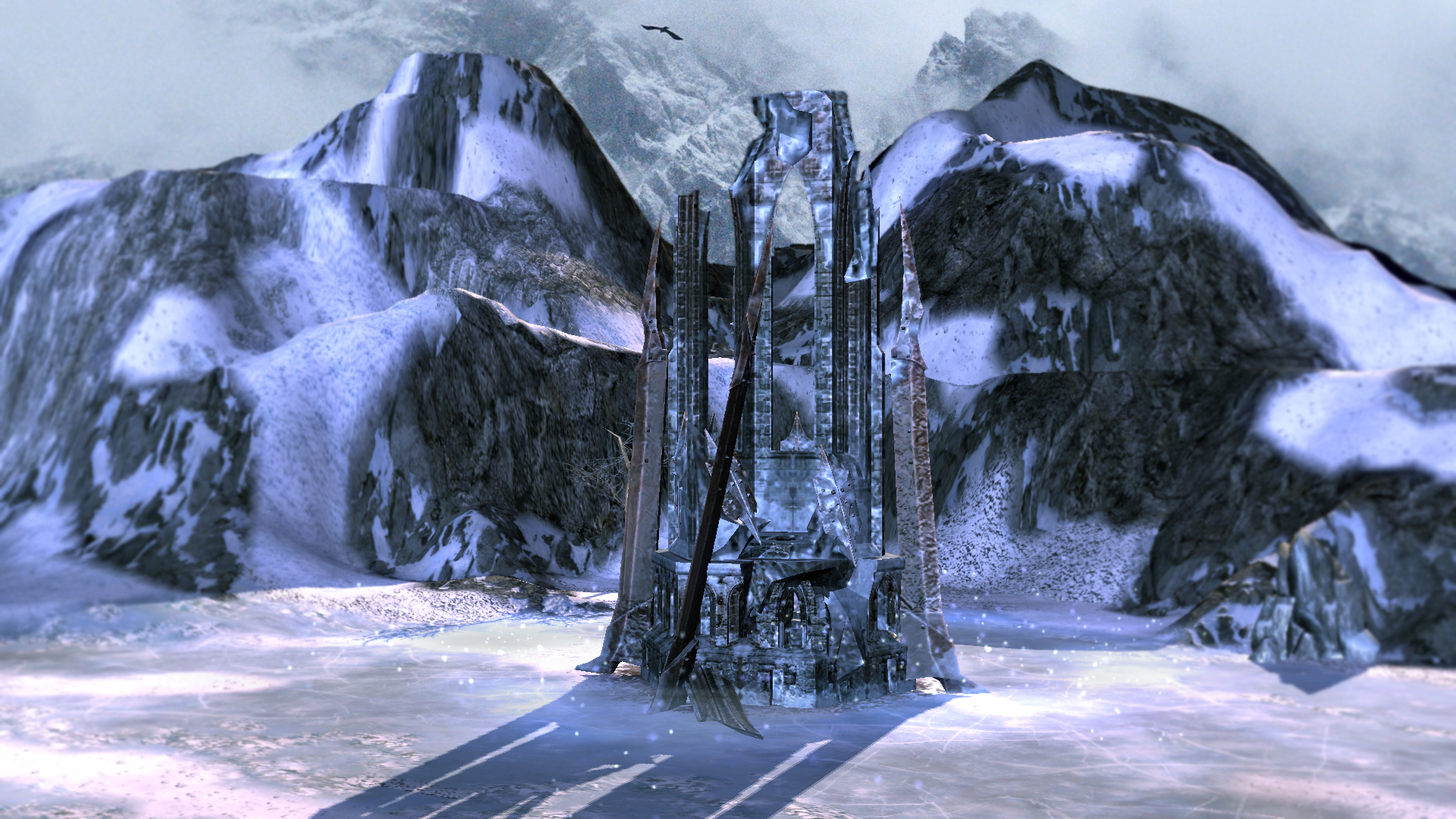 The people of Eriador long feared the crumbling spires of ancient Angmar. Few people, even the Dúnedain, ever set foot in what was of old the domain of the Witch-king, for it was said that its bare stones were still inhabited by unquiet spirits that sought to harm whoever came within their cold grasp.

As it turned out, these old tales were entirely true, and when the Witch-king rode north to retrieve the One Ring for his master, he called many of these spirits to him, and sent them forth to inhabit not only the corpses of the Kings of Arnor at the Barrow-downs, but also the corpses of the long-dead soldiers of Arnor, whose long-forgotten remains could be found all throughout the North - the wars of Arnor and Angmar having raged far and wide. 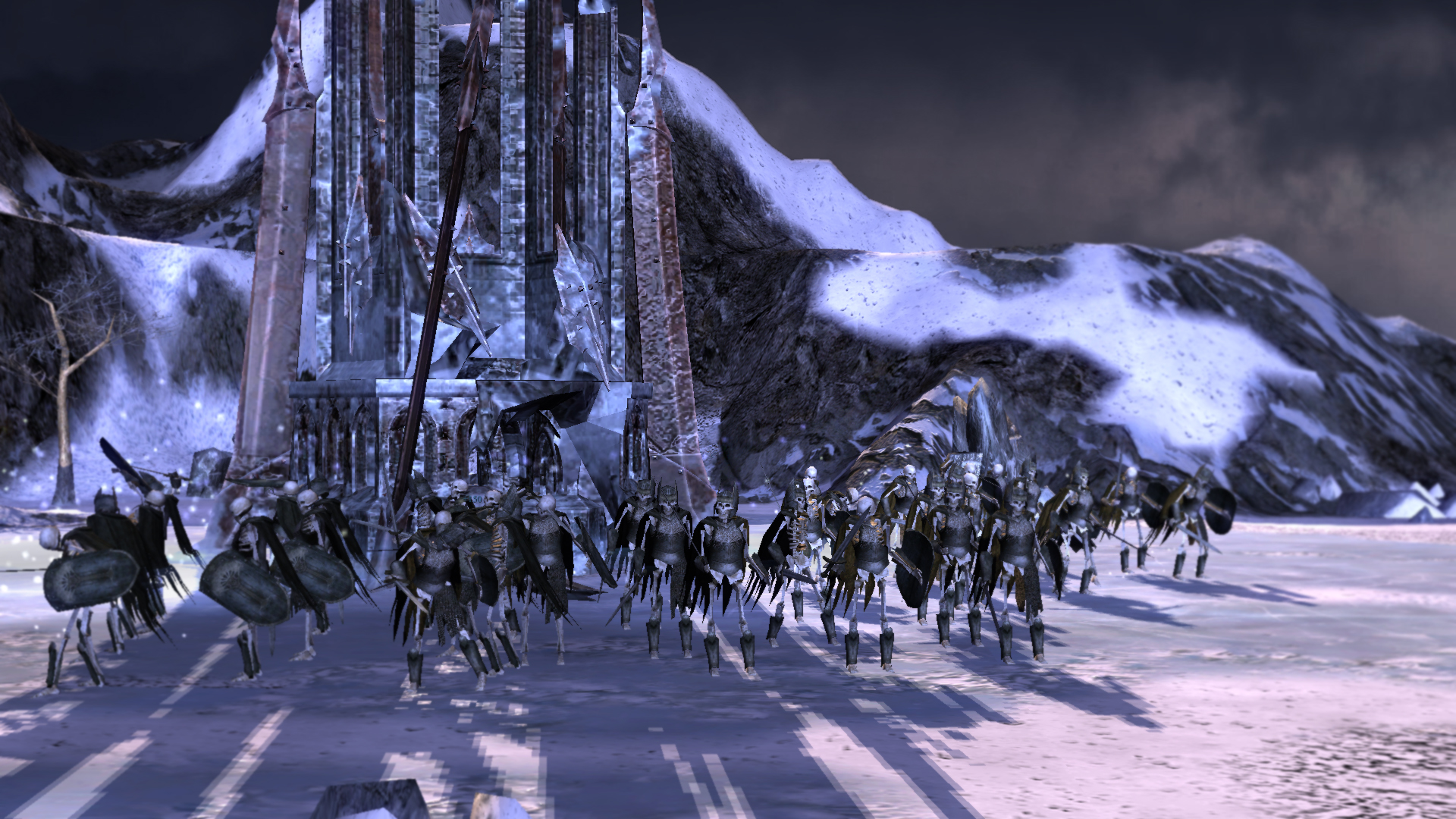 The Dead of Arnor can be recruited from the summoned Ruin of Angmar. These undead horrors move at great speed and are capable of inflicting large amounts of damage. Though their armor is weak and their bones brittle, they are able to quickly recover when removed from combat, both in terms of health and fallen members of their horde. Their presence complements Misty Mountains' unit spam strategies. 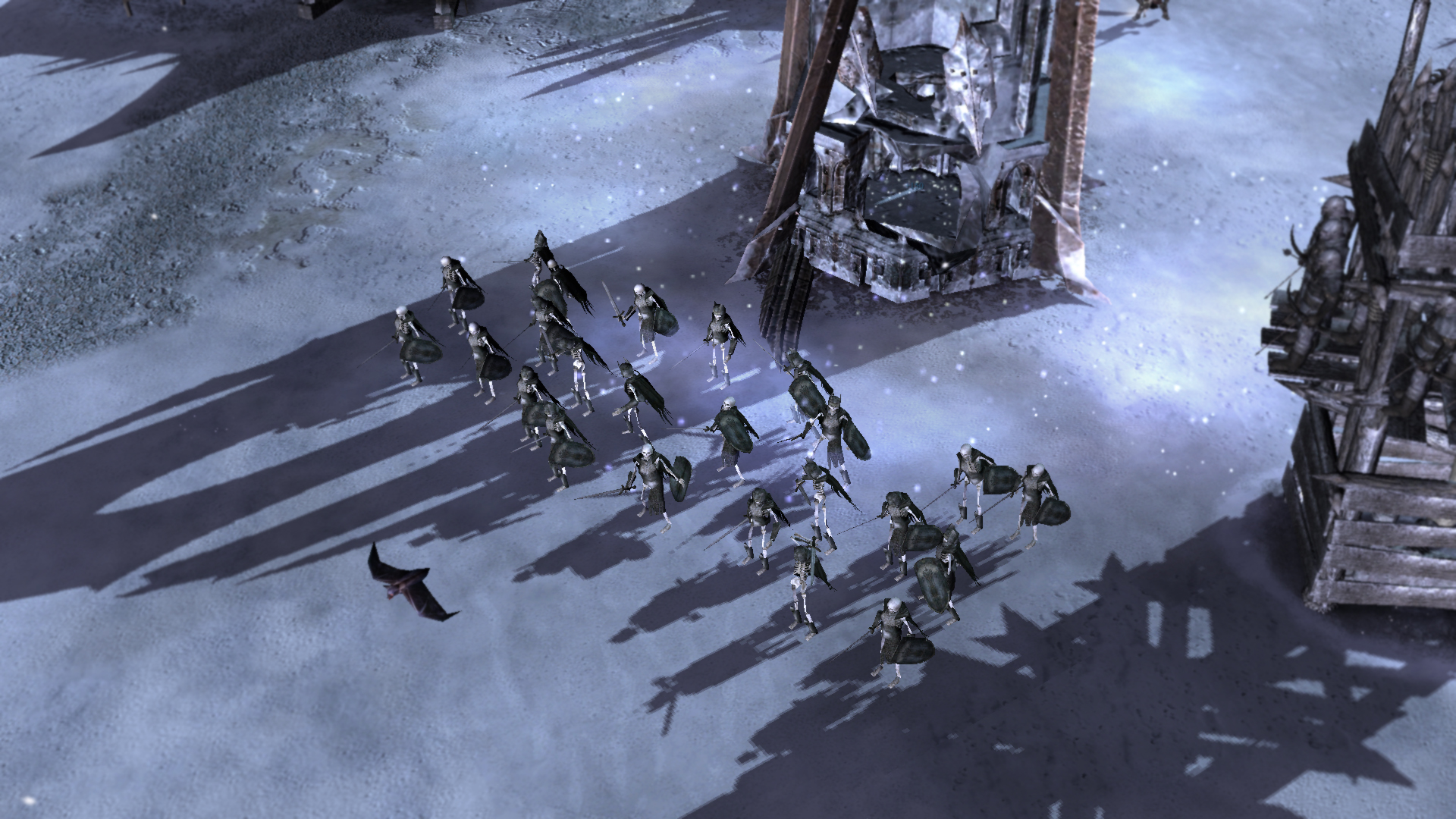 The frigid north of Middle-earth was home to other fell creatures of a less ghostly nature: White Wolves, a large, ferocious breed. In the Fell Winter of 2911, they ranged far south from their usual territories, crossing the frozen Brandywine and attacking the Hobbits of the Shire, resulting in the Horn-call of Buckland being sounded - the last time it would be prior to the War of the Ring. According to ancient legend, some of these enormous wolves were possessed by lesser Maiar spirits, granting them unnatural cunning and seemingly immortal lifespans. These specimens appear to be naturally drawn to places of Evil, and so can be called forth from the Ruin of Angmar. 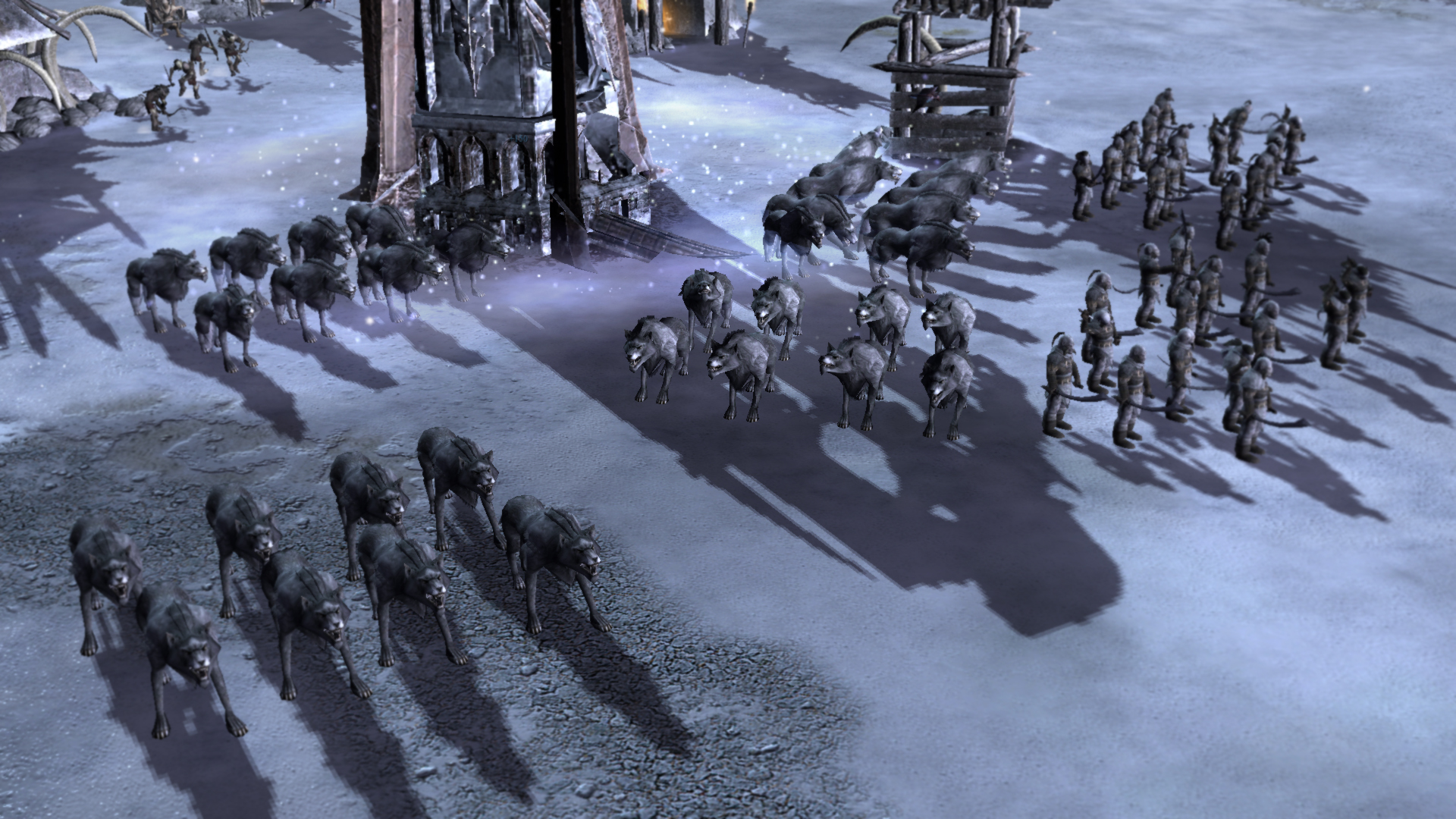 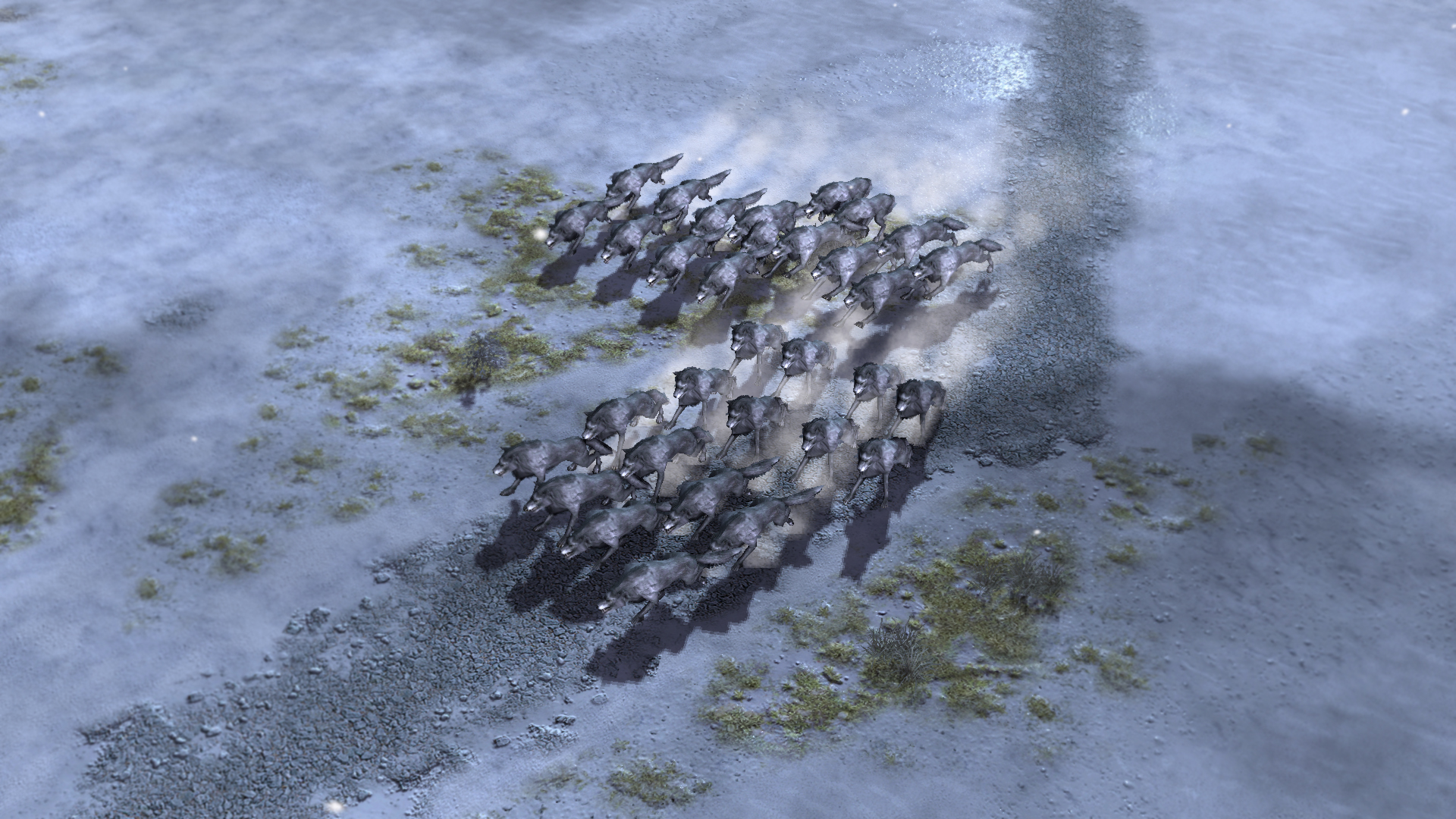 Additionally, the Ruin of Angmar has a passive magical effect: the Chill of Angmar, which causes all enemy units to be slowed and lose all leadership, resulting in a highly defensible outpost. 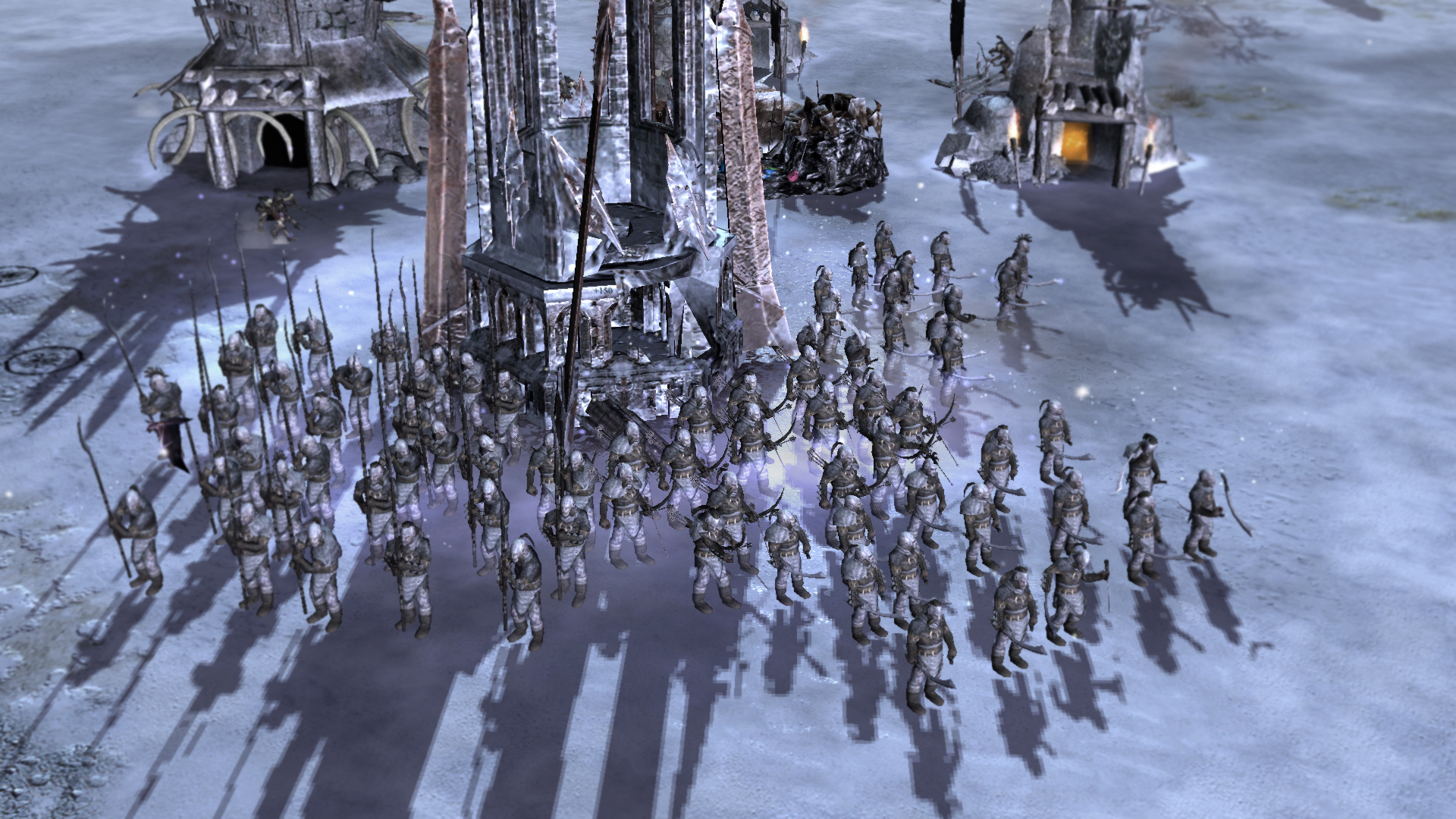 But wait, there's more. In the next release, Misty Mountains is receiving an overall rework, which includes a unit you may remember from RotWK's Angmar faction: the Snow-trolls! 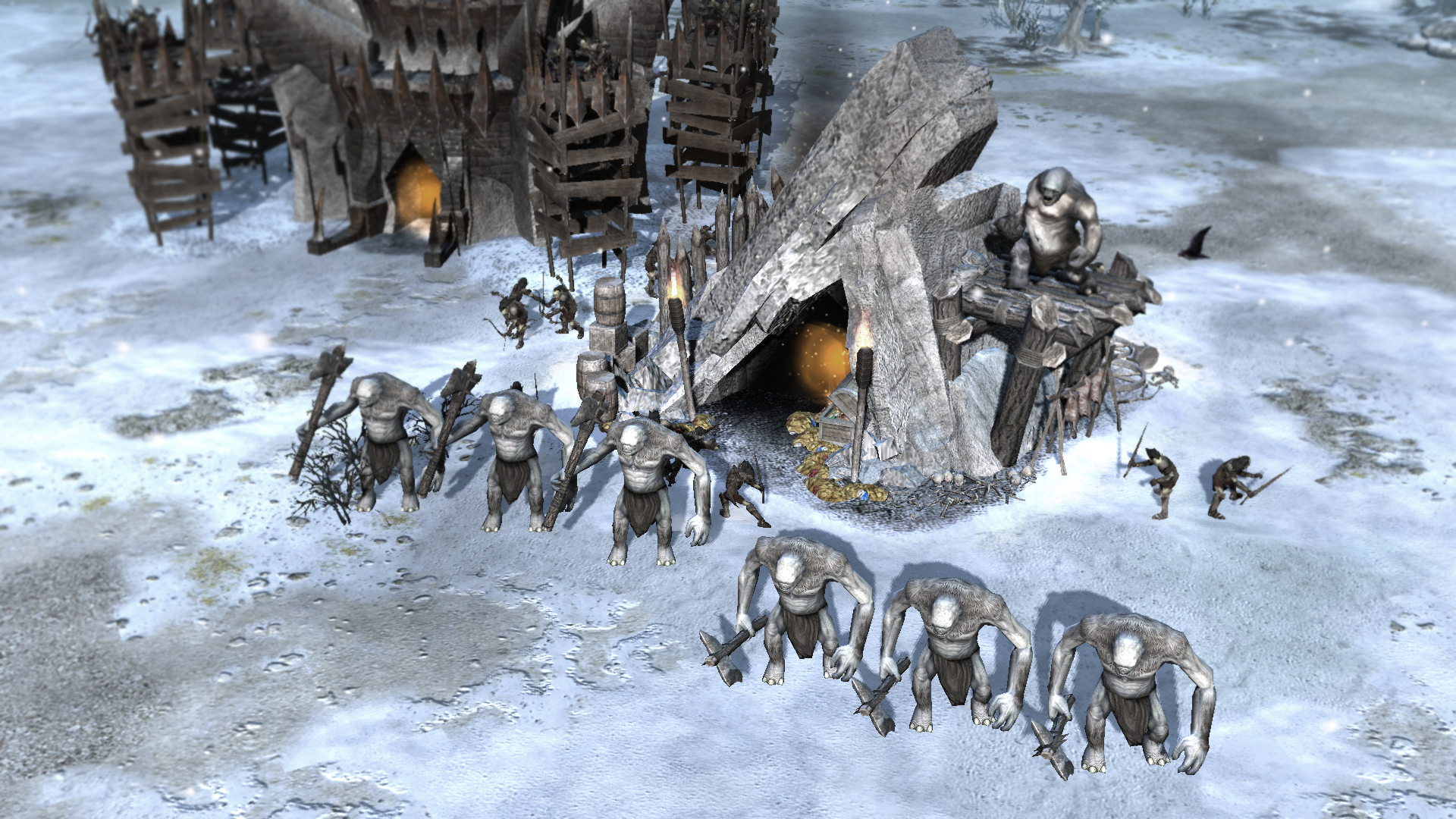 You may have seen these guys lumbering around some snowy maps Age of the Ring 3.1, but now they're recruitable from the new Troll Lair structure. They are designed to be a fast shock troop and siege unit, with strong damage versus structures and thick skin to shrug off arrow fire. Their Trollish Rage ability temporary further increases their speed and damage, so you're able to time your base attack, do damage, and stand a decent chance of retreating your Snow-trolls before the enemy defenses can kill them off. 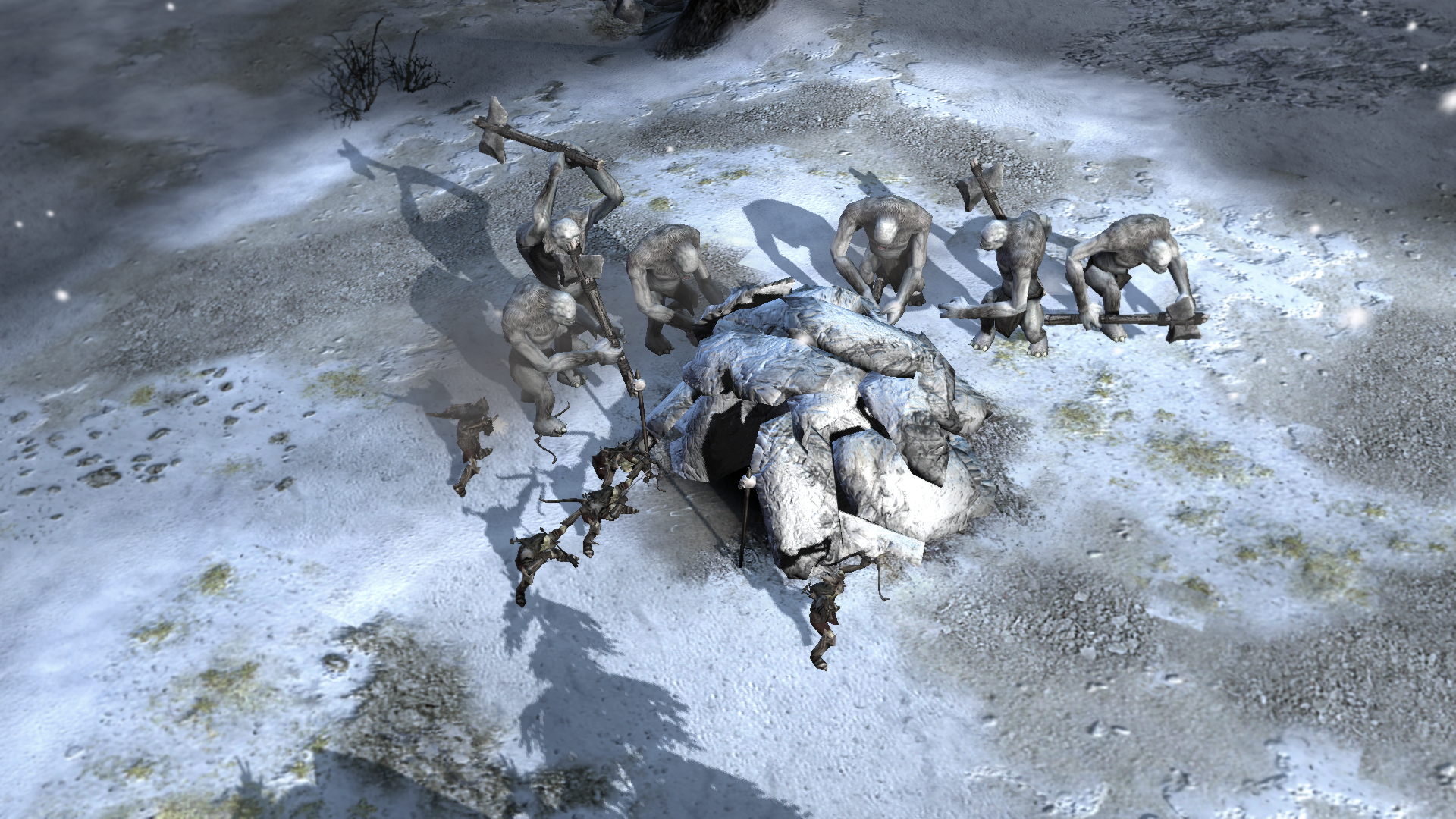 That's all for today. Look forward to the third Men of Rohan article coming soon, and for the release coming not too long after that. We know you're hungry for this new release, and we're hard at work on finalizing it, so tighten those belts and sit tight.

Great way to include Angmar in the time frame! Any chance some of the risen dead could be Black Numenorians who died fighting Arnor?

You are entitled to your head canon, but there were no Black Númenóreans in Angmar in the lore!

Oh, I didn't know that. I wasn't trying to make up head canon just going with the game. All good.

so exited thank you guys for this mod release is almost here :D

(woodelves are better tho :P )

VandersBlack Numenoreans weren´t a thing in Angmar; they will be part of the Harad units, according to developers

Yes, I actually meant skins for some of the skeletons. Not actual separate units. But apparently they didn't fight for Angmar according to lore so all good.

Theres enough angmar content here for a dedicated fan to create a submod... No not me.

Mate this is easily the best mod going

A really awesome feaure. Now i'll give a chance on playing this evil faction (only liked Isengard and Mordor, but love to fight against all kind of evil factions :) )

Looks great hope we will see more in the future!!!

Bit off topic but may i ask , i think in terms of balancing i would give Idrial more HP or one more healing abbility.
As a player who mostly plays as lothlorien for now its flustrating that she is so squishy , she can get killed by a single battalion whitout dooing any damage. I would ask you to give her more HP , or maybe another AOE attack becouse atm she is quite usless , shame sence she was quite good in the third age games.

(keep up the good work you guys are amazing)

I recommend posting these suggestions in our Discord, where they can be properly discussed.

Alrighty i am not joined to your discord yet but i shall do it at once :>

That's a great addition, Personally I have agreed with the decision not to include either Arnor or Angmar cuz of the time frame being War of the Ring. But, deep down, I always felt longing for Angmar and how you guys will add the AotR touch to them, cuz of my own fascination with the Morgul Sorcery, the Necromancy aspect in the Nazgul, Carn Dum...all that Dark jazz, so I've always secretly desired that the sentiment changes, but this addition is more than great to sate that. Well, a hero and some kingsmen....Naaah Nvm

Great job you guys, I keep checking the Mod page every day, so you can imagine how big of a fan I am with the work being done, its quality and the fact that it continues being done, Love y'all <3