An article showcasing a new fortress map coming in Age of the Ring 7.0.

Posted by MathijsRevora on Feb 3rd, 2021

The city of Wulfborg was the capital of the Dunlendings, located in the green, rocky hills of Frecalund, between the Adorn and the Isen. Its king was Wulfgar, son of Brynjar, a direct descendant of Freca, exiled king of Rohan.

Wulfgar’s people endured a long and difficult relationship with their Rohirrim neighbors. Rarely they took up arms to join the wildmen of the hills or other lesser Dunlending tribes against Théoden or his forebears, for their kinship was still freshly remembered, and the Men of Frecalund and the Riddermark shared and retold many of the same stories: of Fram and his slaying of the Dragon, of the great hunt for the Boar of Everholt, and of Éorl the Young’s heroic campaign against the enemies of Mundburg. Though grievous had been the insult of Freca’s exile, and bloody had been the wergilds, neither Wulfgar nor his father saw warfare as a path forward for their people.

Having long resisted Saruman the White’s influence, Wulfgar was faced with a difficult choice when the War of the Ring came to a head. Read more about Wulfgar and his choice in his Age of the Ring canon entry: Aotr.fandom.com

Due to Age of the Ring’s special focus on the Dunlendings and their history, we knew we had to take the opportunity of Isengard’s upcoming rework to create a unique fortress map for Wulfborg. 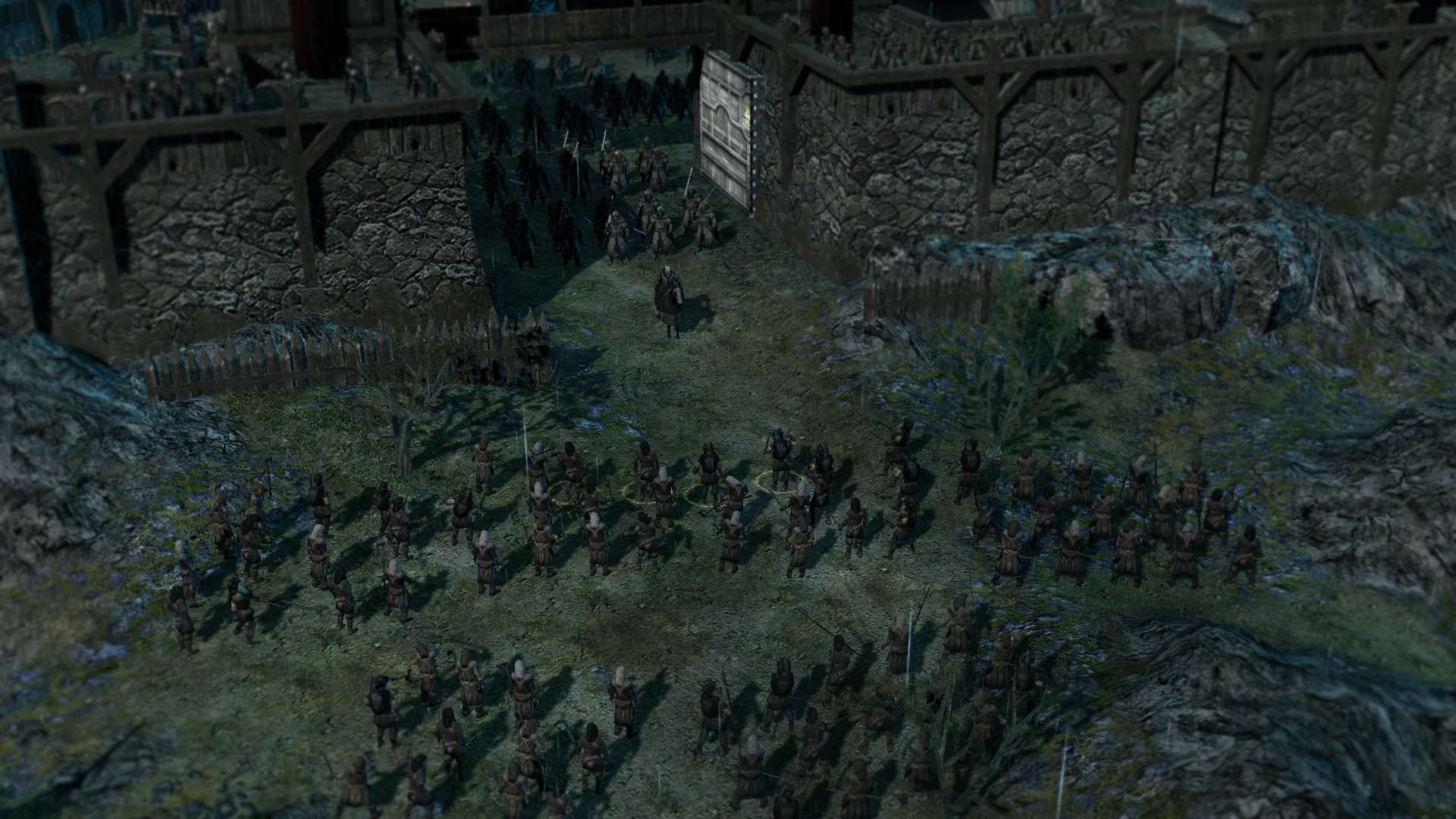 Wulfborg is a 2v1 fortress map. A total of 59 unique art assets were created for its realization, in order to give it a unique atmosphere and to avoid reusing props that don’t really belong there. 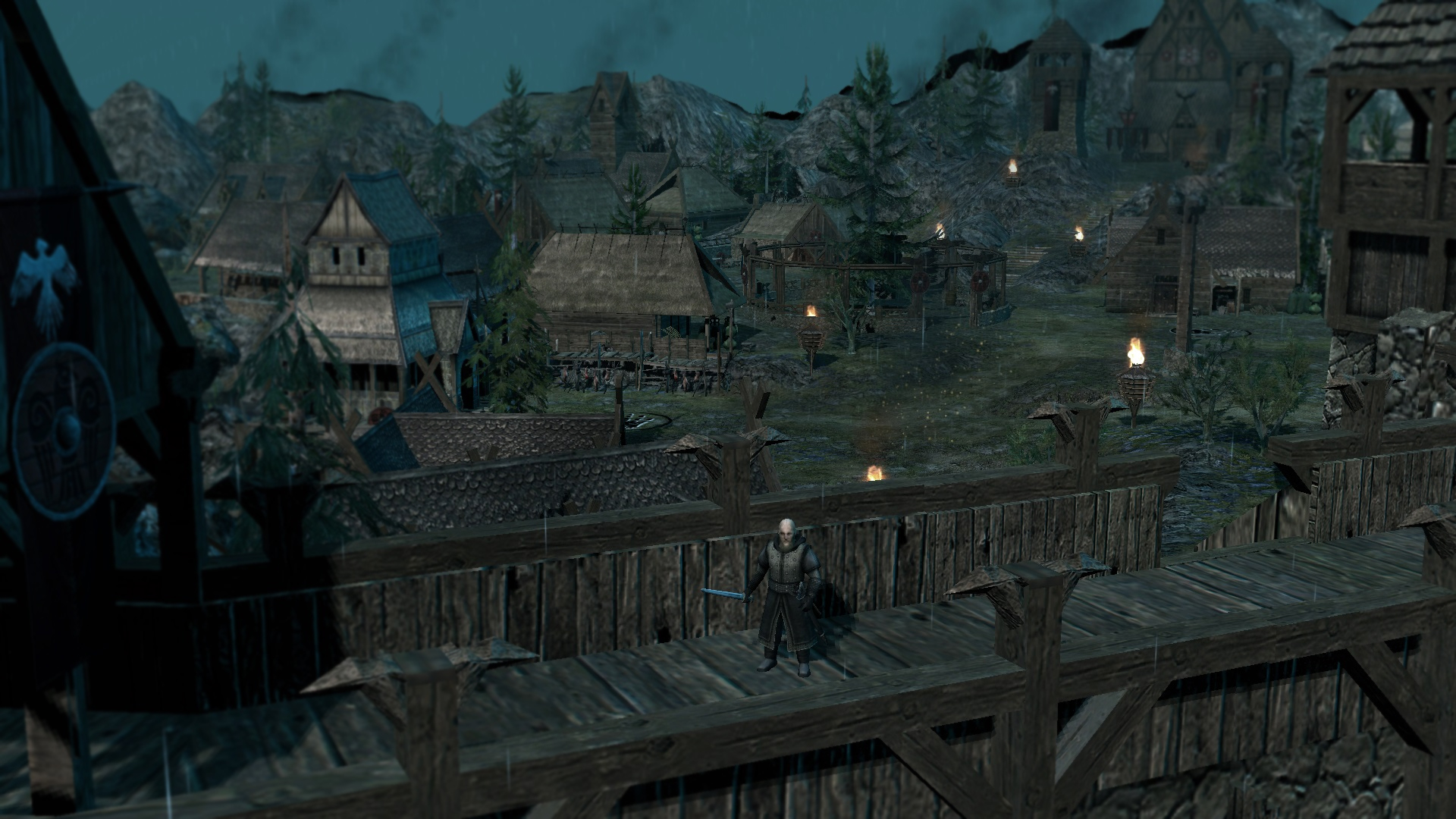 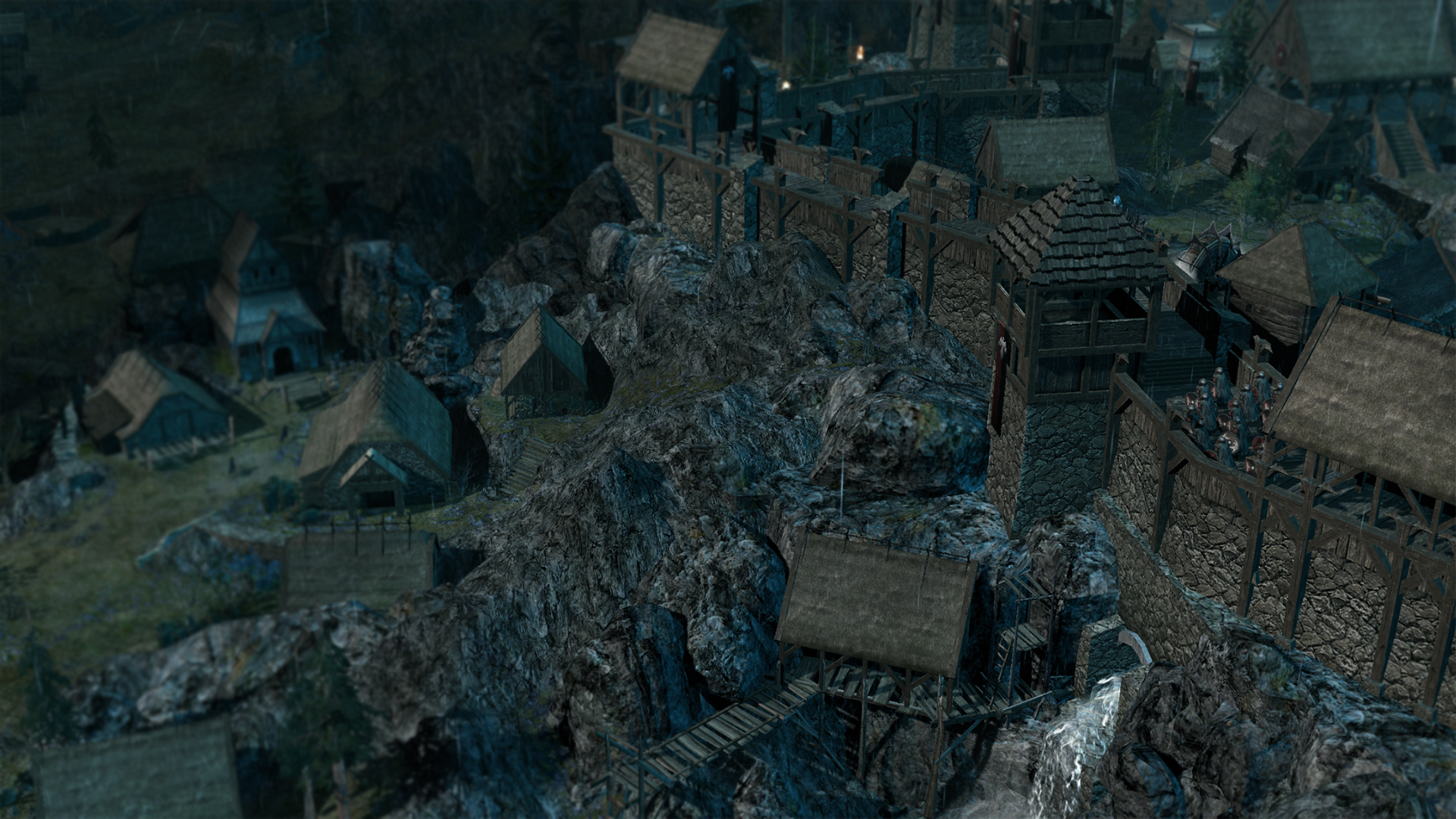 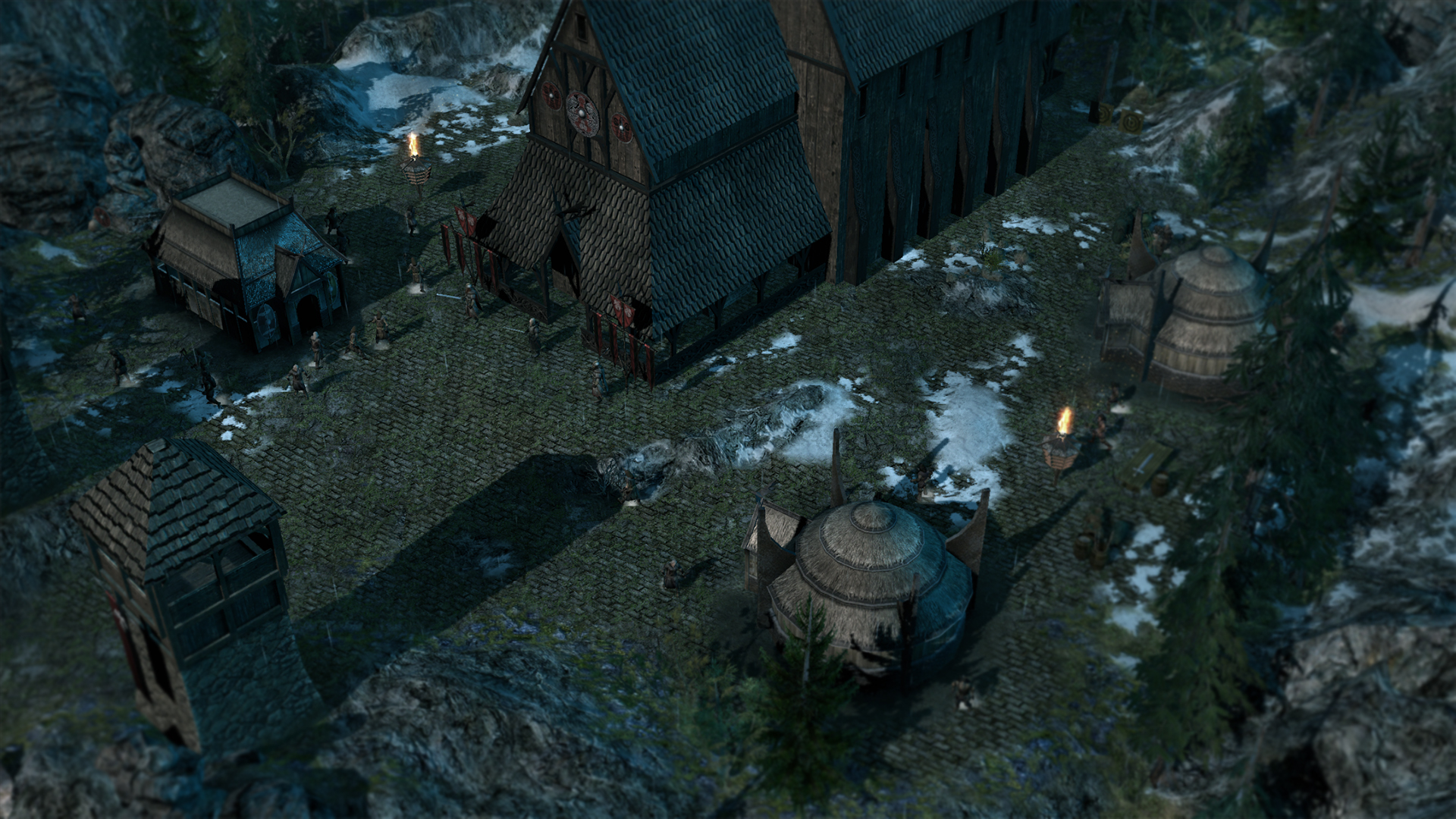 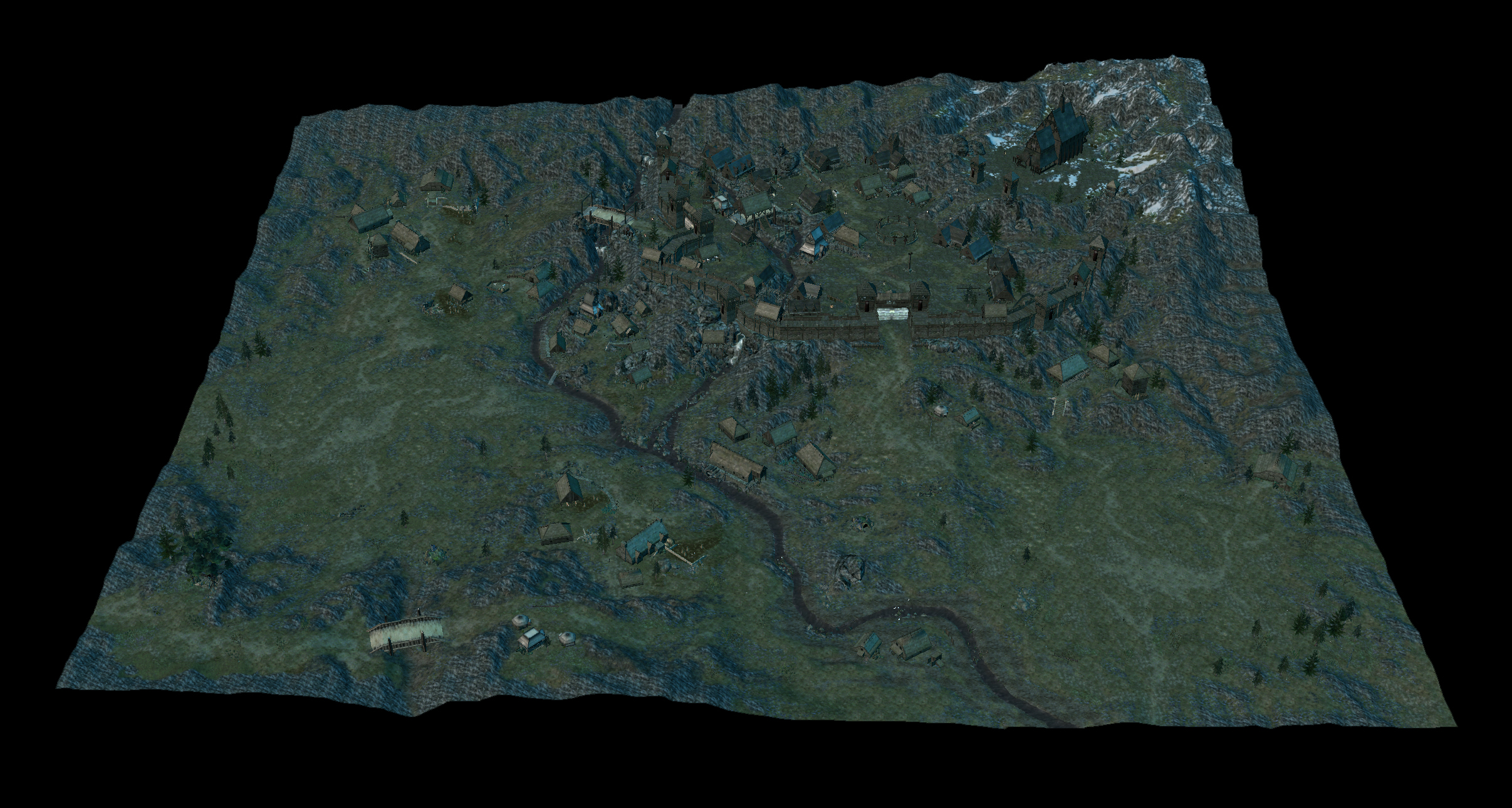 This map has been a big team effort, and we’re very pleased with the results. It will be arriving with the 7.0 update. Our Isengard rework is almost finished!

See you in the next article!

Is there any reference to Wolfborg in Tolkien's writings??

No, Wulfborg is an original AotR creation. It doesn't seem unlikely however that a city similar to this would exist in the same area in canon - it's just never mentioned.

You really LOVE the Dunlendings. This map is a testament to your dedication.

if there was going to be a 12th faction, it would be Dunland...

Actually quite lovely au contrary to the wildmen in general

Cannot wait to play on it against Rohan, or me playing at Rohan, and thanks to the Commanndset It's gonna be fun to add The Dunlendings of Wulfgar to Rohan's faction in an Alternate Universe, where Wulfgar choose to unite with the Rohirrim.

Fantastic, I love your new maps with new art assets.

Btw, I only play AOTR bfme2, so when I recently watched some original bfme2 playthroughs on YouTube I got reminded of how much work you guys have done. My thanks to whole team!

Amazing !!! I got out my old copy's of BFME to play through the campaigns again not played in years. when I was done was itching for more to find this mod !!! Loving the new missions half way in !!! Thanks !!! Had a few games online as well for old time sake top job !!!

That's good to hear. Glad you're enjoying it!

When me and my friend try to play online via game ranger, it says 'game has detected a mismatch' any help? I have it on disc and he has pirated if that makes any difference - we can play bfme 2 vanillia online no issues with disc and pirate.