In which testing against jump-height is performed; a level sees edits in light of that jump-height; work is done towards an updated build of the demo; some missing strings are re-added; a memory leak is discovered, and attended to; a crash-bug is fixed; and the new intro sees further work.

This week's screenshot shows a few changes made in level two, in response to the new jump-height: 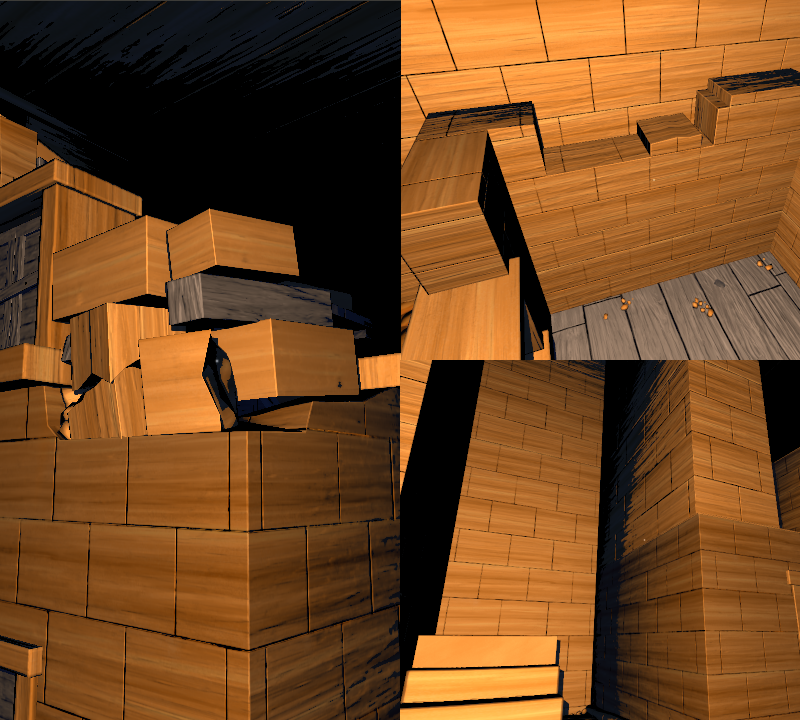 The week just past was a varied one: one of painting and cutscene-work; of level-editing; of bug-fixing; and of demo-update preparation:

I mentioned last week, I believe, that I had changed the height of the player-character's jump. (And a minor correction to be more accurate: What I changed was the initial force of that jump, which then results in greater height.) I also mentioned, I believe, that this change might have implications for previously-constructed traversal challenges.

In the week just past, then, I did some testing of certain levels with the updated jumping.

For most levels, I think that no real changes were called for. They might have been made easier, but that's okay, I feel.

However, I felt that level two--the under-city--did call for some changes.

While I don't mind the level having become easier, the increase in the effective jump -height and -length resulted in certain leaps and climbs becoming feasible that previously weren't. This could then short-circuit various challenges and explorations.

So, I made some edits to the level. Nothing terribly complex, mind you: the addition of walls here and there, the raising or lowering of extant walls in these places, and so on. You can see some, but not all, of the changes made in the screenshot above.

(And I might make one more such change, too--I haven't yet decided on it.)

With that done, I set about creating an update to the demo. I transferred various changes over to the folder that holds the demo-version (which I'm grateful that I hadn't yet deleted!), and set about building. And in time I came up with a new, working build.

Along the way I discovered and fixed an oversight in the string-file for level five. Nothing major, this--just some strings that were missed when switching over to TOML.

But testing revealed a problem: computer resources seemed to become more scarce as I played through the demo.

Investigating, I discovered, alas, that I had a memory leak.

Some of you may recall that I have previously found and dealt with memory leaks. And indeed, I'm not sure of how this one slipped by me then--my best guess is that, on the most recent such occasion, I was testing with a level that didn't show this particular leak all that saliently.

After some investigating, including aid from the Panda3D forum, I found the culprit: I wasn't cleaning up my culling-grid properly. (There was also a minor leak in level five, and possibly a few others elsewhere.)

Thankfully, none of this proved difficult to fix, and testing shows that memory is no longer so leaking! (If there's any further leaking at all, it's only minor, I believe.)

I also discovered a bug in the word-search puzzle that resulted a crash on reloading the level twice. Likewise, I thankfully believe that I have this fixed!

And last but not least, I spent a little more time working on the intro cutscene. I have one more character-pose completed, and another underway. 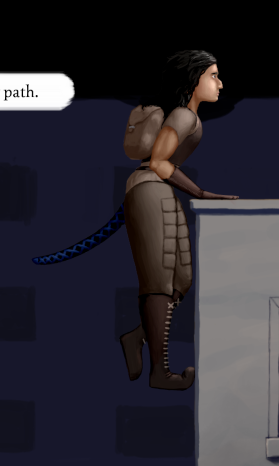