In which interiors are worked on; an exterior is likewise; level-exits and a trigger are put in place; simple path-finding is implemented (but yet buggy); publisher-searching continues; and a solution to an update-incurred issue is sought and found.

This week's screenshot shows some changes to the geometry of a tomb found in level eight: 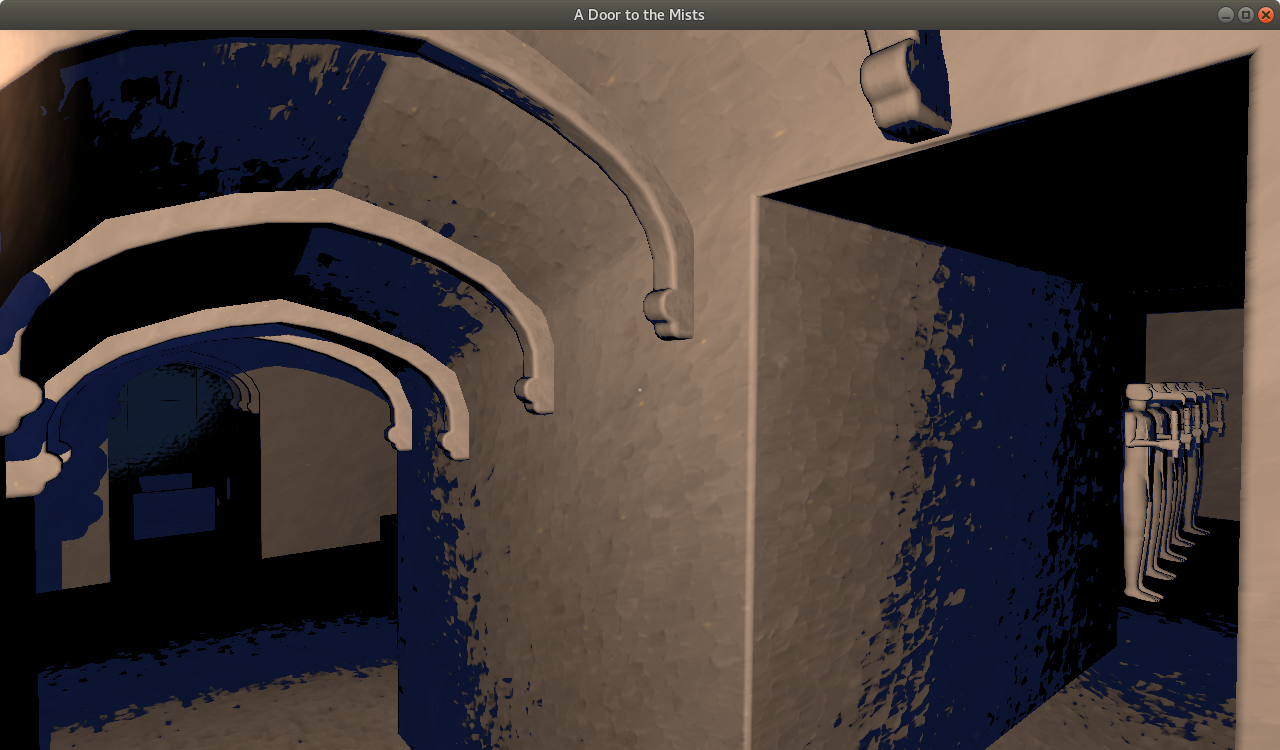 The week just past was a mix of level-geometry work, game-logic, and "business stuff":

As shown in the screenshot above, work continued on the interior geometry of level eight. This involved a number of changes, some prominent, others less so. Perhaps most saliently, shaped ribs--if I'm using that term correctly--were added to the arched passageways; and the side-room and its passage were made rectangular, losing their arched ceilings. 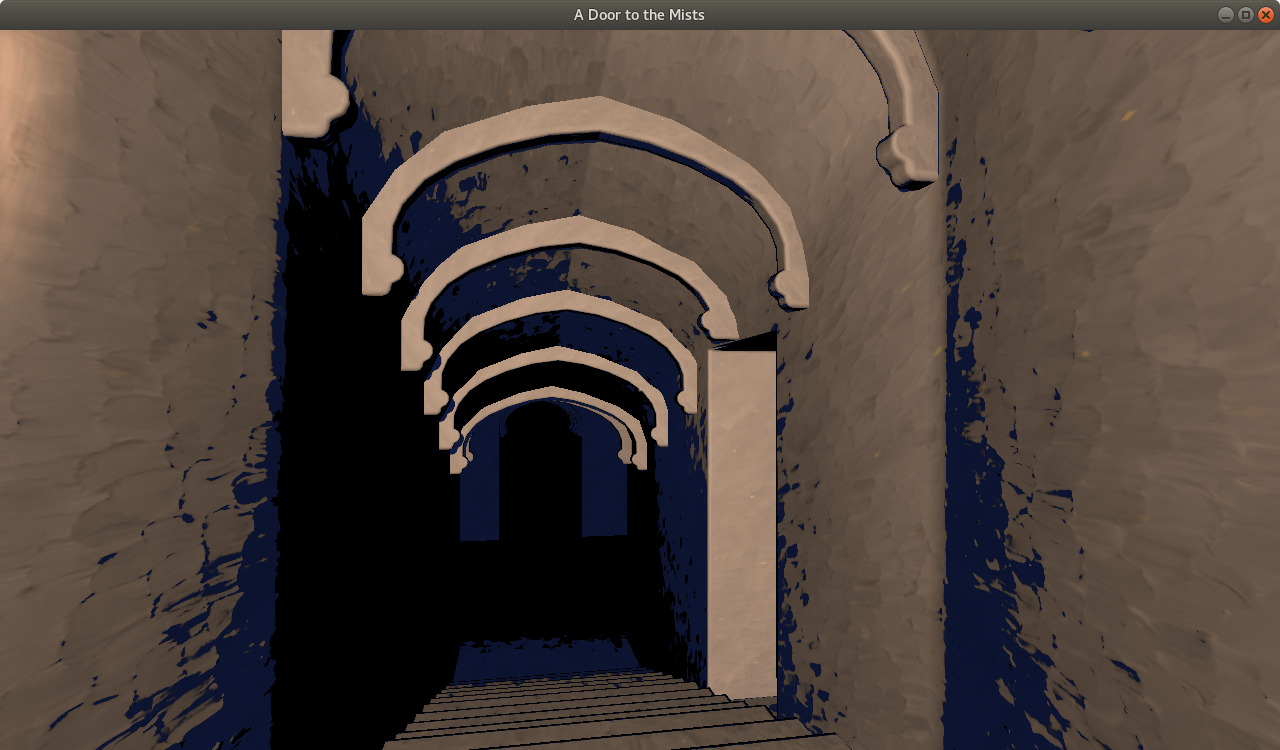 The exterior of level eight saw work in the week just past, too. Here I lightened and largely-finished the band of broken stones at the bases of the cliffs, and added further (mostly inaccessible) doors along the cliff-side. 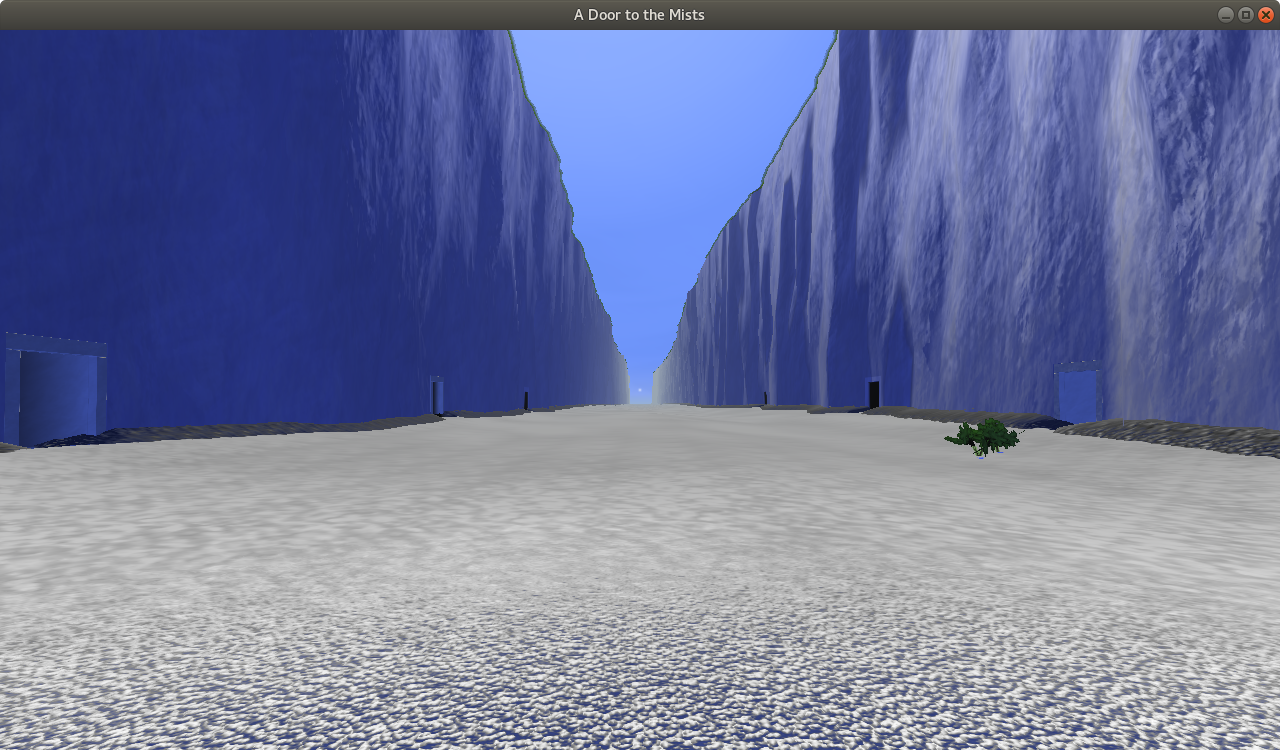 Moving to game-logic, I added exits to the level, bounding the player's movements in the exterior region.

Perhaps more interestingly, I added a trigger, along with some associated logic, which is intended to be met as the player leaves the tomb-interiors. However, the purpose of this trigger is rather a spoiler, so I hope that you'll understand if I'm reticent to say more. ;)

Another piece of spoilery logic was implemented in the week just past--but this one I can perhaps talk about, as it's intended to be used in more than one place. This is a basic path-finding implementation, one that takes a set of connected nodes and uses them to guide an enemy towards the player.

And indeed, along with some level-specific logic, this is starting to produce the behaviour that I want from certain enemies. ;)

That said, there are yet some bugs in this implementation, so more work is likely called for!

(And I added a bit of cleanup-code for the older "waypoint" system as part of this.)

On the business side, I mentioned last week, I believe, that I had begun a second wave of publisher-research. This I continued in the week just past, although it's not yet done!

Furthermore, I touched up my pitch -deck and -email a little, in preparation for sending out a new set of pitches!

And finally, an update to a new version of Panda3D incurred an issue with the tabs in the "collections" menu of A Door to the Mists. In the week just past, then, I searched through Panda's commits, looking for the culprit. (This was done using GitHub's handy "bisect" feature, which provides a binary-search traversal of a range of commits.) Eventually said culprit was found, and a Panda-dev provided a workaround that seems to have fixed the problem for now!