As you all know, we strongly value our ties to you, the community. When we released NS v1.0 after 18 months (games were easier back then!), in some ways that really marked the beginning of the game's development, not the end of it. Over the course of five or so years and around 20 versions, the game changed remarkably.

As you all know, we strongly value our ties to you, the community. When we released NS v1.0 after 18 months (games were easier back then!), in some ways that really marked the beginning of the game's development, not the end of it. Over the course of five or so years and around 20 versions, the game changed remarkably. Some may argue it actually changed too much, but I believe the "spirit" of the game was always preserved. Maps, abilities and balance changed, but teamwork, depth and atmosphere remained. It's also much more gratifying to work on a game that people are playing, and many bugs and issues that would be hard to track down ourselves are revealed instantly under the communal magnifying glass of many thousands of players.

So releasing new versions and taking feedback is in our blood. Even though NS2 is a commercial game, we pursued this approach with our developer blog updates, early tools releases and engine test. This is especially helpful for us making a PC game, because the few computers we have around the office are not nearly enough for compatibility testing. We've also used this "open" approach to help run our business and stay independent - by giving out stuff earlier, we encourage people to buy earlier, which means we can fund the company without having a publisher involved. Remaining independent is not without its drawbacks, but was the right choice for us and has allowed us to build a proper sequel worthy of the original. 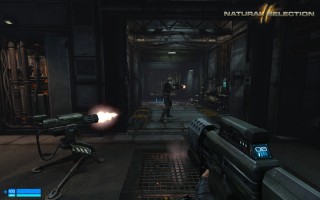 Honestly without you, the NS community, we wouldn't be here today. Both because we wouldn't have the money to continue and because all the work wouldn't be worth it. When we needed your support and we started our pre-orders, you were there to buoy us up again. Over 90% of you opted to spend extra money on the Special Edition and for that, we can't thank you enough. We promised to give you special supporters something in return, and we're finally at that point.

So it's with great pleasure that today we take the next step in our open development and partnership with you. On Monday, July 26th, we will be releasing the NS2 Playable Alpha to all the Special Edition pre-orderers, on Steam. Like with NS1, this is not the complete game, this is the first of many versions. Here's what you can expect on that day: 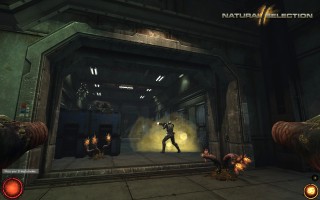 Lerks, hydras and skulks, oh my!

We will be adding new weapons, upgrades, commander abilities, maps, etc. throughout our development to v1.0. We expect to patch somewhere between 1-4 times per month. Sometimes we'll need to tweak balance, other times we'll need to take a step back and make a bigger change, but it will be a work in progress. The fact that we're shipping on Steam makes the updating progress much easier for us.

Please keep in mind that this version of NS2 will not be the ultimate super-fun game we're striving to create, it's "alpha" for a reason! While much of the game and systems are finished, we've had to work extremely hard to get to this stage...and I don't want to describe how much work we will still do over the next two weeks! This is an alpha and parts of it are rough. However, we know that the game will get better, and better faster, with your help. 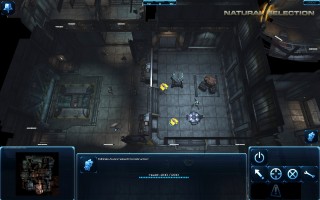 Something else you should know is that when we release alpha 1 at the end of this month, we are also discontinuing the NS2 Special Edition and all-black marine armor. It will no longer be available after this date, ever. Also, players that order NS2 after July 26th won't be able to play in the release date alpha. Here's an in-game shot of the limited edition black marine armor: 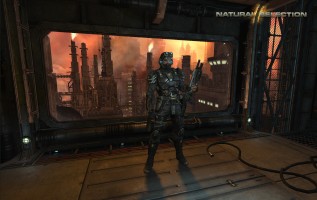 This has been a long road for us and we're excited to finally give you something you can play! Now if you excuse us, we have some work to do...

See you on the other side.

Dido. ALSO pumped about the armor getting exclusive. I thought for a bit that everyone was going to be black clad lol.

The system requirements are the only things holding me back from purchasing as of now. From the looks of the screenshots, it would appear that you would need a 2.7gHz processor, but it turns out to only be 1.2gHz? Is this engine 6 years old or something? Disregarding the performance predictions, this game looks like an abundance of fun. I remember spending all of my hours just discovering all the creative parts of NS1. I'll be sure to convince my friends so that I may convince myself to buy.

How could the engine possibly be 6 years old if the engine hasn't been released yet in the first place? The Spark engine for NS2 is custom-made by Unknown Worlds specifically for Natural Selection 2. That's probably one of the reasons why performance requirements would be lower than you'd expect - it's tuned specifically for this game and for its graphics.

You're right DaFranker about the engine customized for NS2. I took another look at one of their test video's and the shadowing system looks great. I'm about to buy the special addition right now. Woot woot!

I'd pre-order it but... the whole alien commander thing is stopping me from really wanting NS2. Besides, ur technically PAYING for a skin, which no doubt, will be released on the internet by someone who paid for it. And it is at this point that I'll download the skin and apply it, al biet, saving money. Which others will do.

However I am excited to see the beta results.

I'm pretty sure there will be some simple mechanic keeping non-special edition preorders from using the skin. It's not like you'll be able to download any skin and use it in-game for everyone to see.

First off, it's a model not just a black skin... Secondly you can download it... but that won't make people see you with it... Third, your not PAYING for a 'skin' I'm sure over 90% of the Special Edition preorders paid for the support of the team.

Most important, the special pre-orders get access to early alpha and beta stuff, which the normal pre-orders don't (not all of them).

Now you convinced me, gonna do my best to get the special edition, these black armors looks way too sexy for don't getting them ^^

Omg this is gonna make me cry I'm so happy!
Even better it's coming out the day before my birthday so.... excuse me while i do the most pathetic dance in history!

Excellent work Unknown Worlds! Words can not express how much this is going to kick some serious arse!

Yeah this release comes out the day before my birthday as well.

For those who are against pre-ordering the special edition pack - shame on ye! Any chance to support awesome independent devs is reason enough.

Agreed, i almost want to buy it again just to support the team!

All I gotta say is they better add the onos with devour as an option or im going to be mad. That was the best thing ever to do.

Dang, alpha's finally about to start. Only a year late but finally time to get this traveling circus on the road.

Alpha, beta, retail... There's gonna be a lot of fixing to do. But if this can do what NS did it'll be better than the big budget AAA titles.

Think a little. Valve takes a cut of everything sold on steam.

After two years of waiting, it's finally here! :D

Is there any way to upgrade to the Special Edition if you already bought the 'Standard' version?

That's a good question that I was wondering about earlier as well, I'm sure some people would like to do that.

That's great news guy, I hope the launch of the Alpha goes well!

I bought the special edition, been looking forward for this for a very long time :D

Yes yes yes! I have been waiting for months! My only worry is that my special edition pre-order will malfunction and it will count as a normal pre-order. Its happened before, lol.

.. bleh... just when I wont get the money to possibly pre-order in time. O well. Just alpha build and black armor look.. While I like the black armor.. I don't envy those who are getting into alpha.. ( Don't get me wrong I would love to participate in the alpha ) I have just been in a few alphas and.. well.. I will just say it can be brutal.

BTW I am in agreement with Jeff.. it is kinda odd the way you guys are handling the pre-orders at the moment.