Return to Eclipse in Natural Selection 2 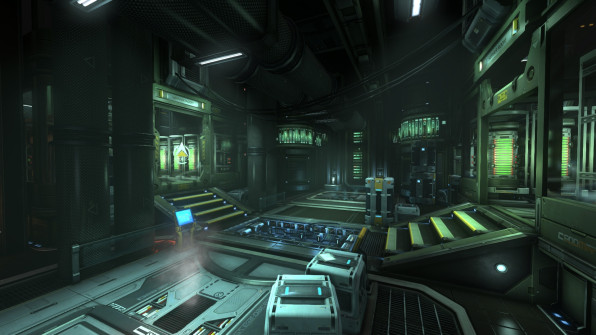 Something must be in the air at Unknown Worlds. Not only are we announcing new games, we’ve also started hitting deadlines! We promised you Eclipse at the end of 2013, and with 11 days to spare we are proud to announce that is has been released! 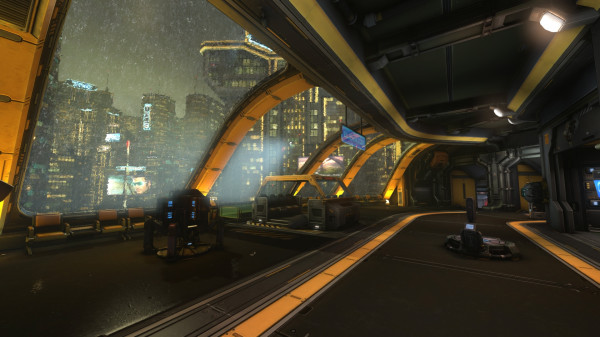 Now, we can all return to Eclipse. Painstakingly recreated, the map is faithful to the original while allowing for the evolution of Natural Selection 2 gameplay. By taking advantage of Spark’s modern rendering techniques and UWE’s art resources, the mapping team has been able to remake every corner of Eclipse in exquisite detail. 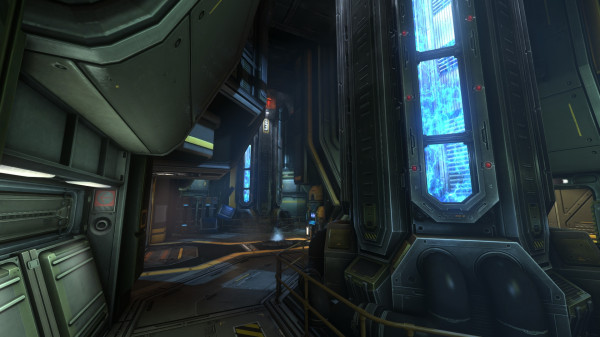 The team that built Eclipse was led by Jake ‘Jonacrab’ Smith. Under the artistic direction of Cory, Jake drew together work from mappers Oliver ‘Dux’ Hobbs, Michael ‘Olmy’ Schouten, Andrew ‘Insane’ Jones, Marc ‘Sgt Barlow’ Newton, and art from Sergey, Dmitry, Yuri and others from Fox3D. 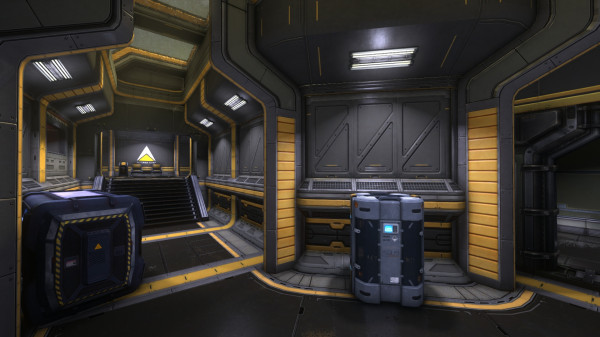 Eclipse is included as part of Build 262, which was just released on Steam. Build 262 is free for all existing players of Natural Selection 2, and includes a bunch of other improvements to the game. Here is the full change log:

On this day, Halloween 2012, Natural Selection 2 was launched on Steam. The following year has blown our minds at Unknown Worlds. More people have purchased...

In February, NS2 was Gorgeous. Now, it is Reinforced. The culmination of nearly six months of development, Reinforced takes Natural Selection 2 to new...

Some builds just want to watch the world burn. Build 251 has been in the works for quite some time – Unlike the new heir to the British throne, it did...

Another month has passed in the Unknown Worlds office, and Natural Selection 2 continues to be improved, tinkered with, and polished. Continuing on from...

Future Perfect breaks down the barrier between having an idea for a game, and playing it with friends. The Future Perfect interface allows you to create...

Is this easy-on-the-fly modding of the game code in LUA the reason for the poor performance? It is impressive how fast you can develop using this, anyway.

This is an awesome engine, and the editor truly an ease to work with. Would be great to see real time radiosity implemented. Keep up the great work.

For anyone who wanted to know it is made in Lua

Is this engine made with XNA with C# or was it made with with C++ because I've seen multiple videos of people saying it's made (one of the 2 above)?

It's coded in C++. Unknownworlds.com

Man, I hope this engine gets released soon :p

You guys should update this page. It'd be cool to have the Natural Selection 2 Beta Trailer on here. :)

when licencing the engine, what do you get?

- the full c++ source code?
- if so, is everything well documented?
- are shaders gonna be supported? if so, will there be a visual shader editor or something like that?

we are really interested in the engine, but i couldnt find any information about the mentioned points :(

Spark is still in development so its currently not got an licencing plans in place yet nor would the be much documentation written. The main focus is Natural Selection 2. untill that project is compleated you may have to hang on for a short while.

Shaders are supported, they can be dropped in to a mods shader folder.
There maybe some limitations but something like --Post Bloom-- I was told would be very easy to add.
There is currently no shader editor that i have seen, Not taken an interest in it just yet but they have a shader compiler as well as a number of other mini tools that are currently automated by their Builder.

the most awesome thing ever

Mod SDK & Community
Built a game for Spark and want to support mods? Try mod.io, a cross-platform mod SDK created by Mod DB which makes it easy to get a mod community up and running in-game. Currently seeking games to integrate and promote