First announcement for this mod, where I describe what it is about. WARNING: GIF EXTENSIVE.

Before doing this announcement, a big thanks to Graion Dilach and to ApolloTD, who gave their support and knowledge to make this project real. And now, I present to you, Nomad Galaxy: 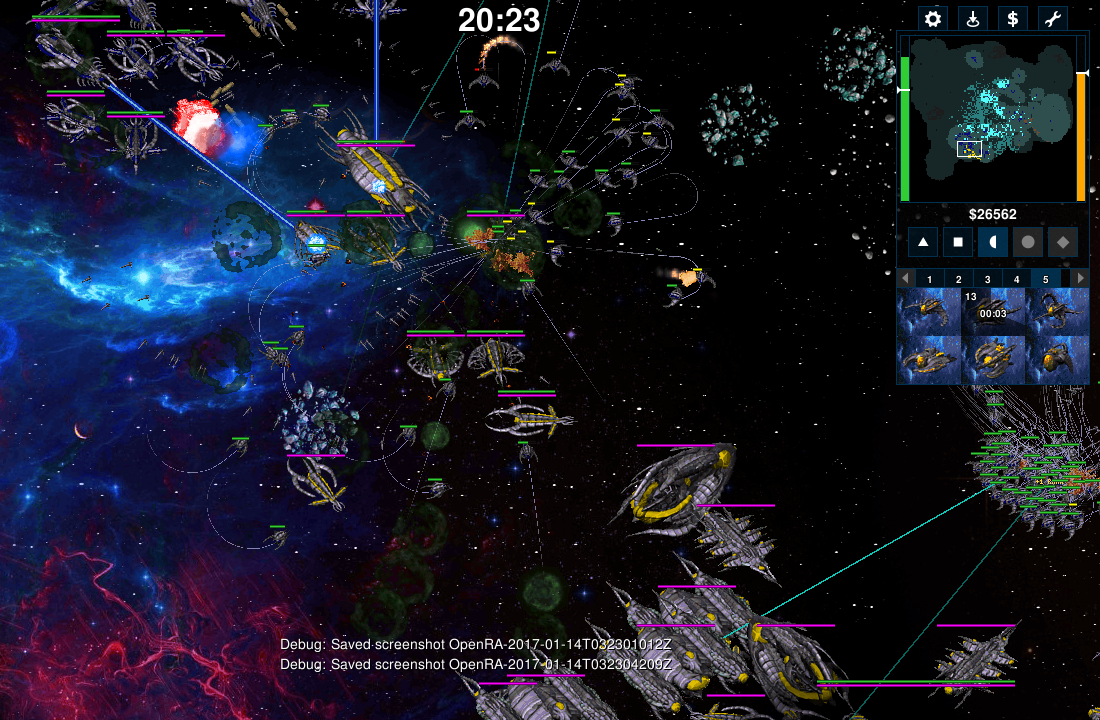 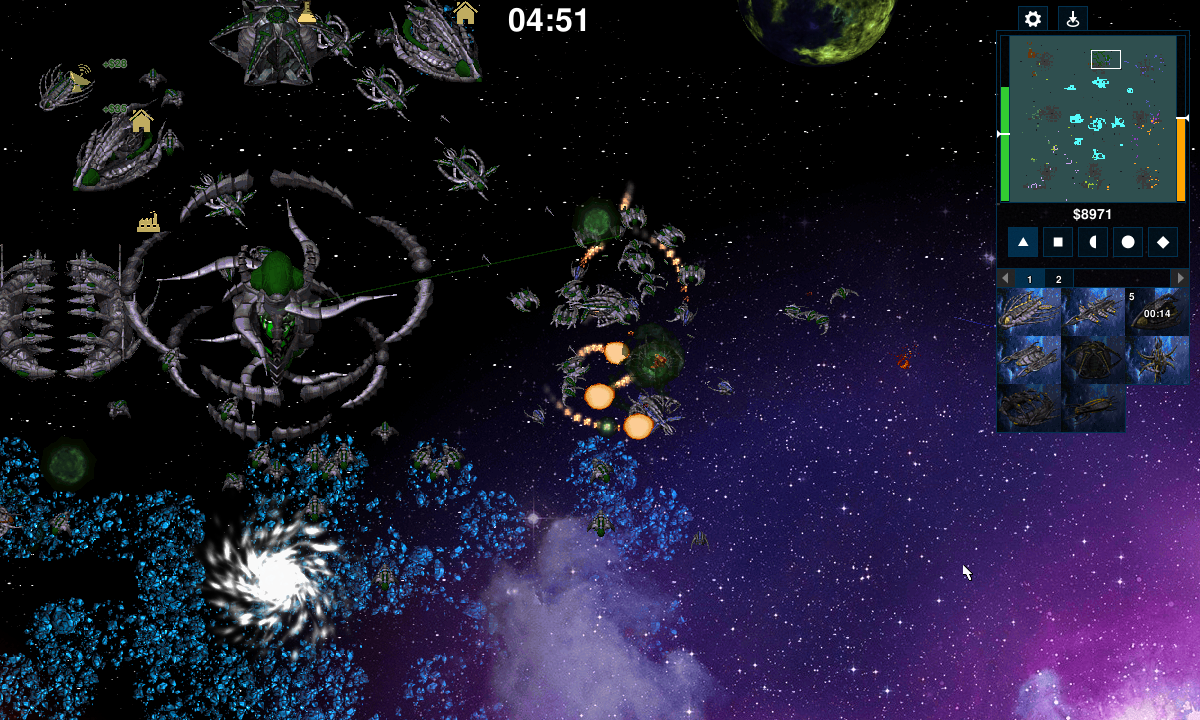 The gameplay itself is a merge between Homeworld and Command and Conquer, your bases are now fleets which are no longer static, the buildings have been replaced with civilian ships that cover the basic needs of a fleet, like sensors, resourcing, production and tech, and you also have military ships that you have to use to defeat your opponent, these ships come on four sizes, similar to Homeworld (Fighters, Corvettes, Frigates and Capital ships). The game offers a simple rock paper scissors logic that has been always seen in these kinds of games.

The map themselves don’t have any barriers, but they are meant to be filled with anomalies or hazards, whether it’s asteroid traffic, nebulae, planets, unstable objects, it’s the player who must know where to place their forces to make sure he gets the maximum advantage from the environment.

Finally, the factions, currently there is only one enabled but I have the plans to add two more into the game in a similar fashion to Conquest Frontier Wars or Starcraft, (Human, bug aliens, technological advanced aliens), these factions should have small differences between each other, mostly stat differences plus one special trait or ability here and there, but not too many, since that’s not all. 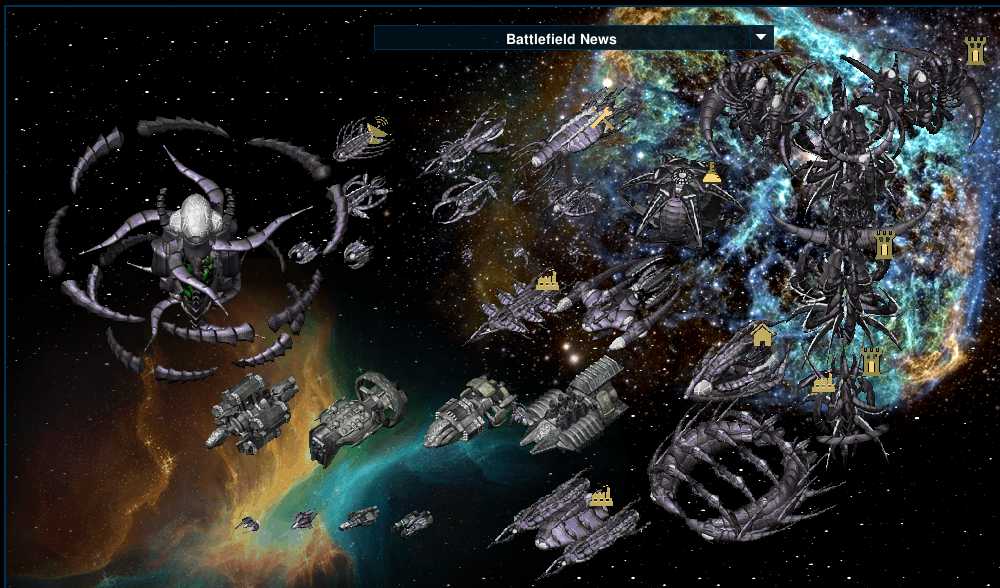 I also want to add a subfaction system to the mod, similar to how Emperor Battle for Dune did it, basically, you have a pool of mercenary factions that offer unique units each, and you are limited to select 2 each match, my goal here is to give each of the subfactions skills related to a topic that the main factions do not have, so say, one of the mercs is specialized in cloak technology, another is good for fortifying positions, and so on. Currently I have 4 of these sub factions, and wish to add more. So, this is it for now, I hope you enjoyed it. 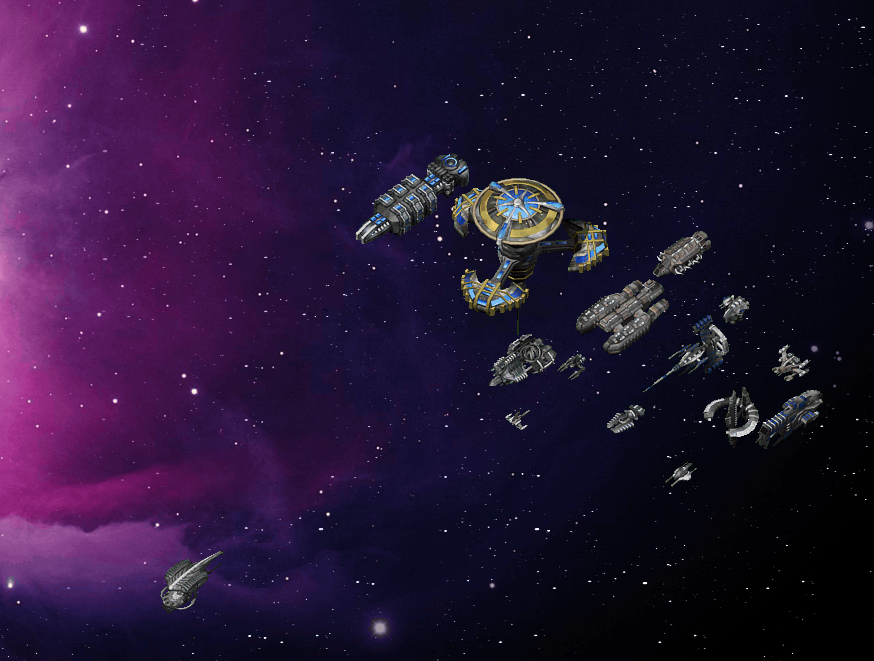 Whoa... This looks epic! Can't wait to see its release!

The backgrounds look stunning and I imagine the gameplay to be pretty fluid as you are not limited by the path finder too much.

Hm, kinda, It is fluid but the open maps have no real chokepoints, which can be a problem, it still needs more testing but atleast I am trying to counter that problem by adding things like asteroid traffic or clouds that apply effects.

Woww, it is Incredible!

It's hard to find fans of E:BFD these days. Much less modders.
Good luck with this. You'll need it for such an ambitious project :)

I think you should request parallax scrolling support for background (and maybe additional layers while at that) from OpenRA devs, you will benefit greatly from it.

Tracking this one. Looks awesome already

what game is this? i just saw this

You are clearly disconnected from the reality. The game is OpenRA. The mod is called Nomad Galaxy.