The Reason why relationship between China and USA getting worse

Don't think that if you live in the United States or other countries, you can avoid the impact of changes in Sino-US relations. In fact, the direction of Sino-US relations will determine world peace and stability.

If the world is heading for turmoil and division, how can your personal life not be affected?

The most intuitive example is that the United States and Western countries are currently suffering from unprecedented inflation and material shortages. The fundamental reason behind this is the impact of globalization and Sino-US relations.

Since the founding of the People's Republic of China in 1949, the United States and Western countries have started a technical and material blockade against China. Due to ideological confrontation, China can only join the camp of socialist countries led by the Soviet Union.

However, China's consistent diplomatic tradition is to maintain independence and not accept the control of any foreign forces, even the Soviet Union, which has assisted China's 500 industrial projects. This is caused by China's tradition and culture since ancient times.

The Battle of Zhenbao Island lasted for a while and ended in a victory for China, but relations between China and the Soviet Union were completely over since then.

After the disintegration of Sino-Soviet relations, the United States seized the opportunity and began to win over China. China also has the same needs. Therefore, in 1979, China and the United States formally established diplomatic relations.

The establishment of diplomatic relations between China and the United States was a heavy blow to the Soviet Union, and it also indirectly led to the disintegration of the Soviet Union.

On China's side, after 1976, China began "reform and opening up", focusing on economic construction, introducing the capitalist production model and market economic system. After China's top leader Deng Xiaoping delivered a speech on his southern tour in 1992, China's economy began an era of great development.

The United States has invested a large amount of capital into China. These American capital and some American technologies have greatly helped China to develop its economy. China has become the factory of the world, to be precise, the "US factory". China imports raw materials from all over the world and produces goods for the United States, while the United States uses US dollars to buy Chinese goods. This has caused the United States to form a perennial trade deficit with China. 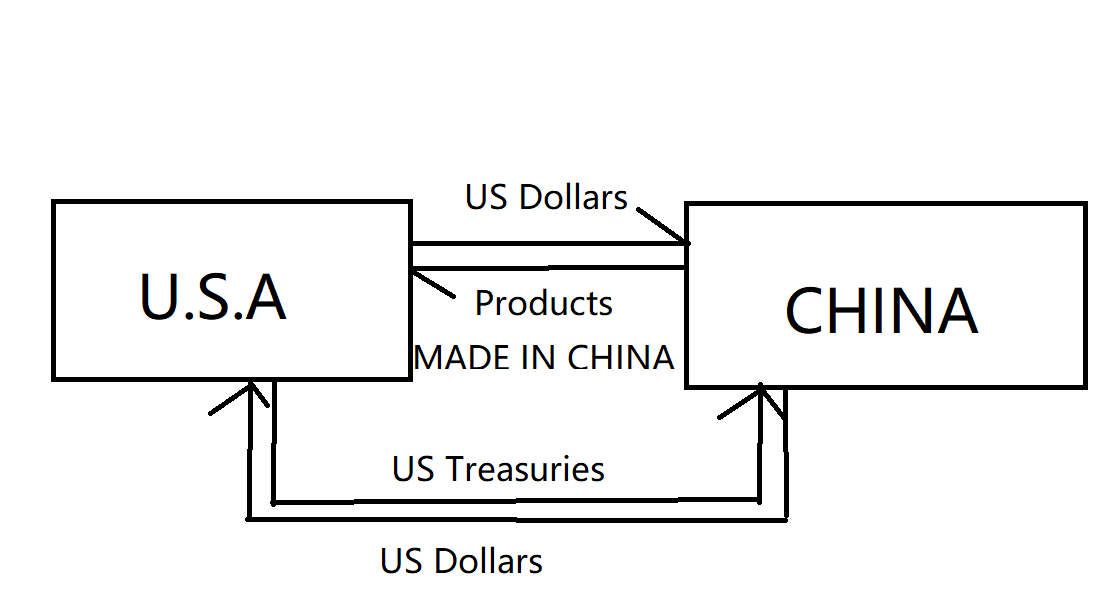 That is to say, the Chinese worked hard and worked diligently, and what they finally got was actually US treasury bonds, and China did not get the real dollar. So President Trump accusing China of making American money is completely nonsense.

If everyone can easily make money from the stock market or bond market, then who has the incentive to engage in the real economy?

No one is a fool and will not do thankless things. People must pay attention to costs and benefits. If the cost of something is too high and the benefits are too small, who would be willing to do it? no one.

Therefore, the so-called "China stole the American jobs" is completely unreasonable. On the contrary, the Americans themselves stole their jobs.

In other words, the U.S. financial industry stole jobs in the U.S. real economy and has nothing to do with China. Even if the United States kills China, it is impossible for American manufacturing to return to the United States on a large scale. At most, they will go to Vietnam or even African countries.

There is also a conflicting focus in Sino-US relations, that is, China's development of high-tech industries through government subsidies.

To understand this problem, we must understand the "middle-income trap", which is when a country has been engaged in low-end manufacturing for a long time and cannot achieve industrial upgrading. Then the country will not be able to continue to develop its economy, so the economic development will become more and more single, and the economy will be very poor.

In 2009, Harvard University and the Massachusetts Institute of Technology jointly created a new important theory to measure the economy - the Economic Complexity Index ECI. This theory can clearly explain major national economic development problems such as the middle-income trap.

In fact, it is precisely because of this theory that China has made the strategic decision of "Made in China 2025", which is to increase China's economic complexity and prevent China from falling into the "middle-income trap".

The War of the Century - Eastern Group vs Western Allies

The Nationalism is the deadly Poison, only a World Government can save the world.

Welcome to my universe! My name is Alexander Krokhmal, i am russian writer, and i am introducing you another part of my biggest sci-fi world.

BasloGames is a development group focused on shooting games

Snow In the East Mod Team

This is the another element of Fantasy World of Infinitas (by A.Krokhmal). In this group you can see stories and new ideas, which are now only in progress...

Mount And Blade With Fire and Sword Modders

Modders and fans of Mount & Blade With Fire and Swords mods

Hello, your avatar is so cute.

Kawoos You are online again!

Hey mate
it's good to hear from you again :)