Just that same RA2/YR fan, especially in turning multiplayer maps into singleplayer campaign maps. I like to work with Yuri's Revenge: CnCD2K when making them.
Unfortunately, I can't work with NPatch however because of having to install a compatibility version of YR rather than the actual game, but I love working with Ares.dll if you have some mods to recommend or modding tips.
Also, hello, and welcome to SteamsDev!

Alright, time to make up for what I can only assume is long-lost time.

As I said before, the Romanov's Vengeance and Shattered Paradise Discord Servers merged recently, so I got the chance to see both mods in action at the same time. I was able to download and play both stable releases, and yesterday I reviewed the newest version of Romanov's Vengeance, so today I'm doing the second part of this two-day review run, a mini-review of Shattered Paradise! 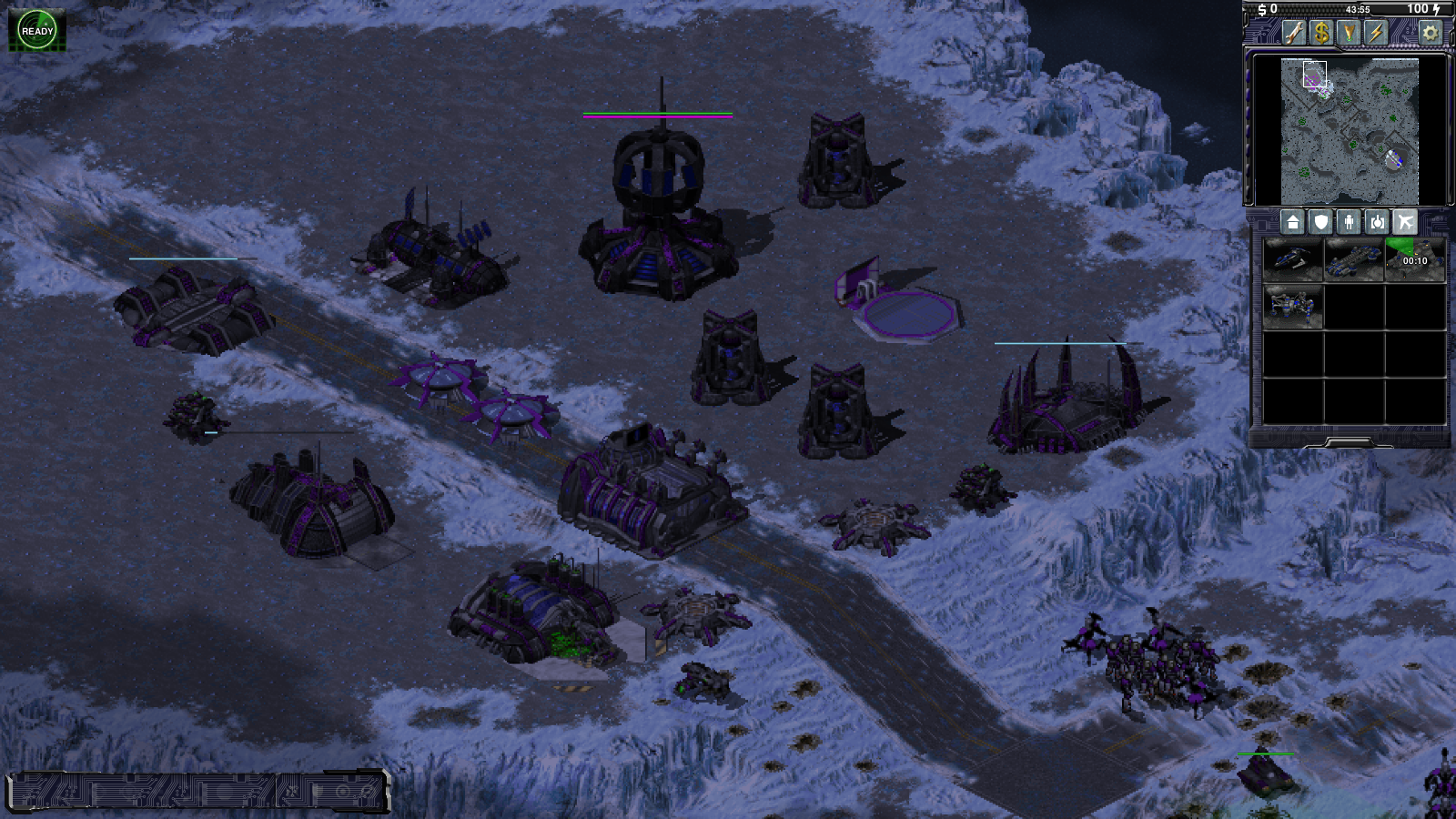 I haven't gotten to test any TibSun mods for OpenRA yet, but so far if I had to name a mod better than the others, it's this one. Shattered Paradise exceeded my expectations greatly, from the visuals to the gameplay to the mechanics. I haven't seen anything like it in this era of OpenRA or before. It's a great way to get into the era of 2.5D games in OpenRA if you have a good computer or you have a Linux system like I do. I've also heard there will be a Singleplayer campaign in the future, which I'm excited for and hope to see it implemented. But enough of my rambling, here's what I like and don't like about the mod.

The gameplay is, as I always like to day, fantastic. There's a lot that has been put into this mod that I think were very welcome additions. I had already known about the addition of the Forgotten and CABAL, but the Scrin was a bit of a surprise to me, and i surprised me even more when I played as it for the first time. All the sides are very competitively balanced and each is unique in its own way. Definitely the way to go when it comes to total conversion and expansions for Tiberian Sun. What more could you ask for? 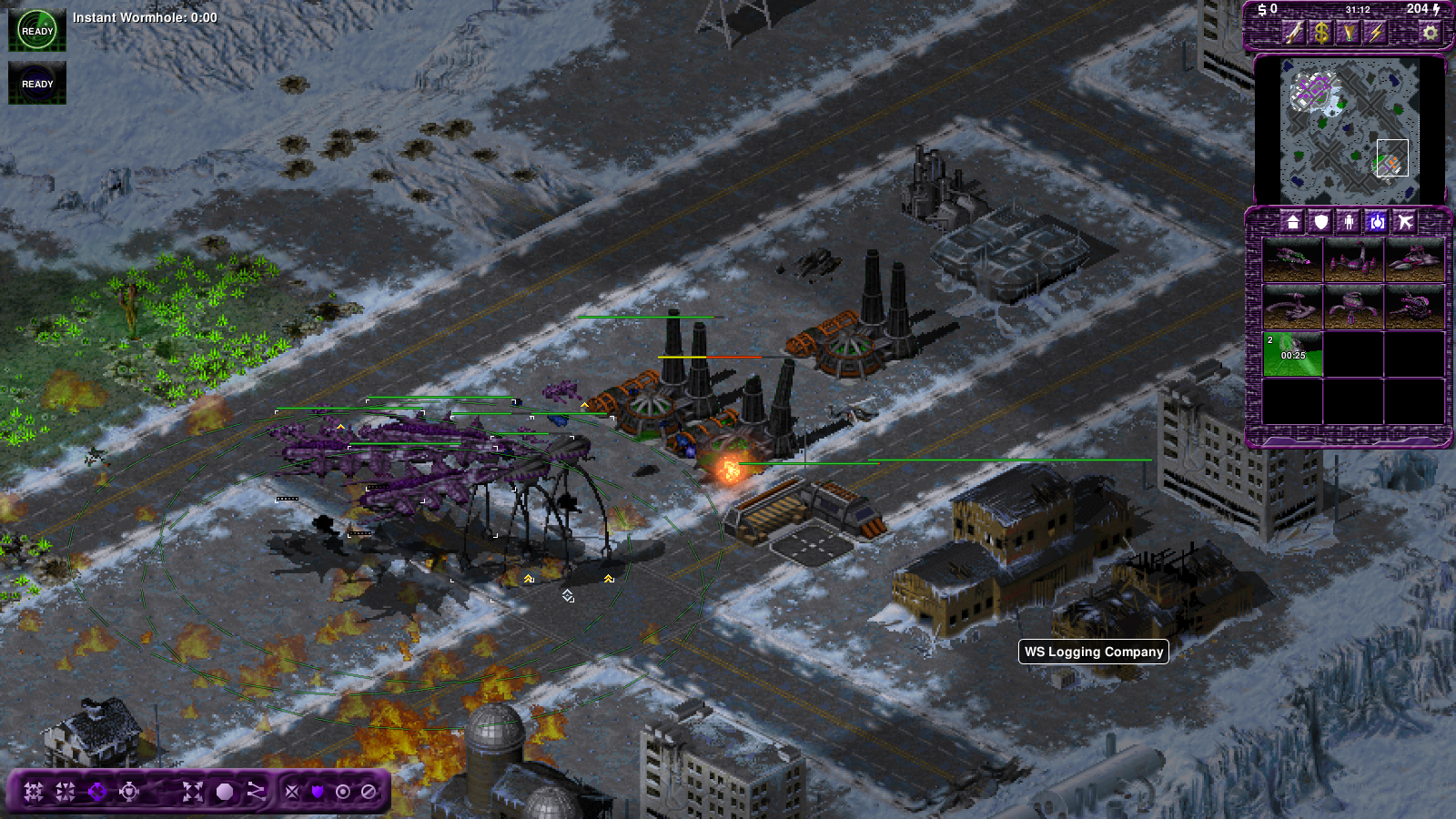 The detail does need a bit of work but it's not nearly as bad as the RA2 mods I've seen. Most of the problems with the original mod appear to be fixed with Shattered Paradise, and the custom units actually look pretty good. The world is definitely more like the original mod but I can't say I hate it. A couple graphical glitches I noticed were with some of the custom maps, but those just seem to be map editor compatibility issues and not something that has to with the map creation itself. I'd say the level of detail is pretty solid for the mod.

I was thoroughly surprised by the mod author's work for this mod. I can't name a better way to experiment with the formula for 2.5D games in OpenRA than this mod. An expansion on the sides for Tiberian Sun, plus the new mechanics and gameplay, and the detail improvements from other mods, make this an OpenRA mod that I'll be playing and experimenting with for a while. Not sure what else to say about other than "It's fantastic!" Try it for yourself: Github.com. And don't forget to not get taken in by Cyborgs or aliens.

One mission, one purpose.

We are the pro:gen developers(ehhh,kinda). We are working on the very old pro:gen mod by trying to get the unused things back to ZH!! AND we work on cncd2k...

Thank you SteamsDev for the spotlight and it was a fair and constructive review. There is always more to come in the future so stay in touch as the next update will be a big one :)

Well, I just got my chance to test-run C&C: Rivals after I preregistered for the Alpha trial. You will see my first impressions tomorrow, but in a few words, the game isn't all bad. It's got something of the RTS genre, just in a different manner. More on that tomorrow.

Dude i accidentally click leave friends
Can you accept my friend request back?

Just did. It's all good.