Deep within the jagged, inhospitable landscape of the Iron Hills lies the fortress of Dain II Ironfoot. This article explores the all-new fortress map coming in the next release of Age of the Ring.

Inhospitable and harsh, the Iron Hills have long been the home of a particularly hardy branch of the Longbeard clan. Their lord was the temperamental Dwarf warrior known as Dáin II Ironfoot. Deep within the jagged landscape of the Iron Hills lies his fortress. 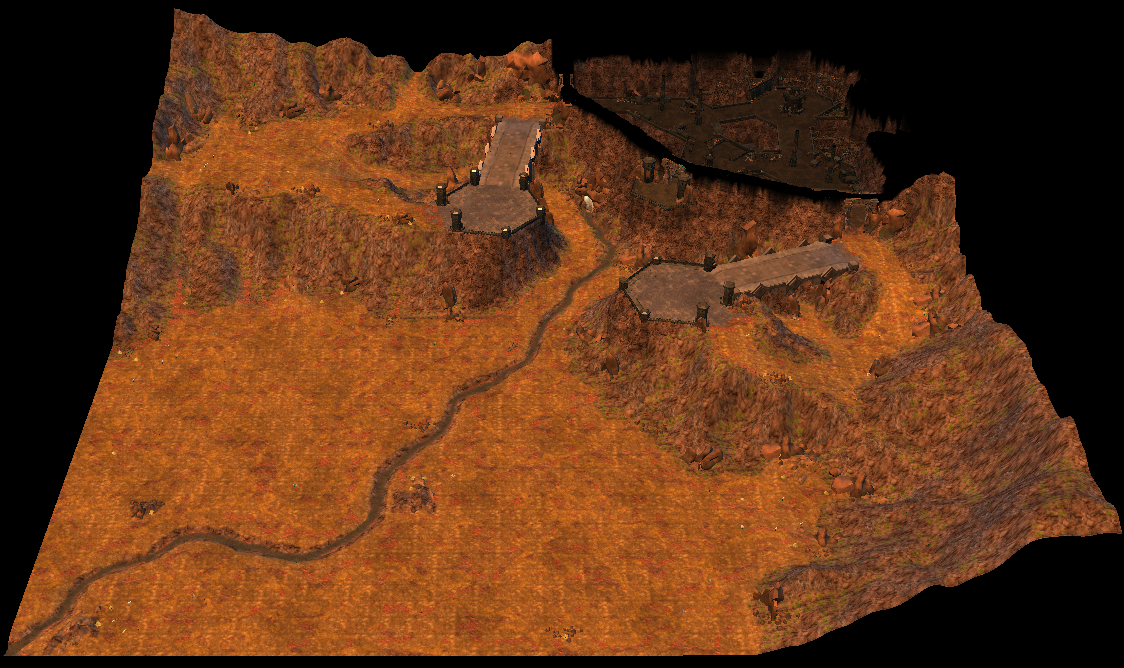 Unlike his cousins in Erebor and ancestors in Moria, Lord Dáin wasn't much in favor of the grandiose style that typified those halls. Dáin was practical: a hard man, with no desire for garish extravagance. Anything he'd had to prove, he'd already proven - on the battlefield, fighting for his kinsfolk. 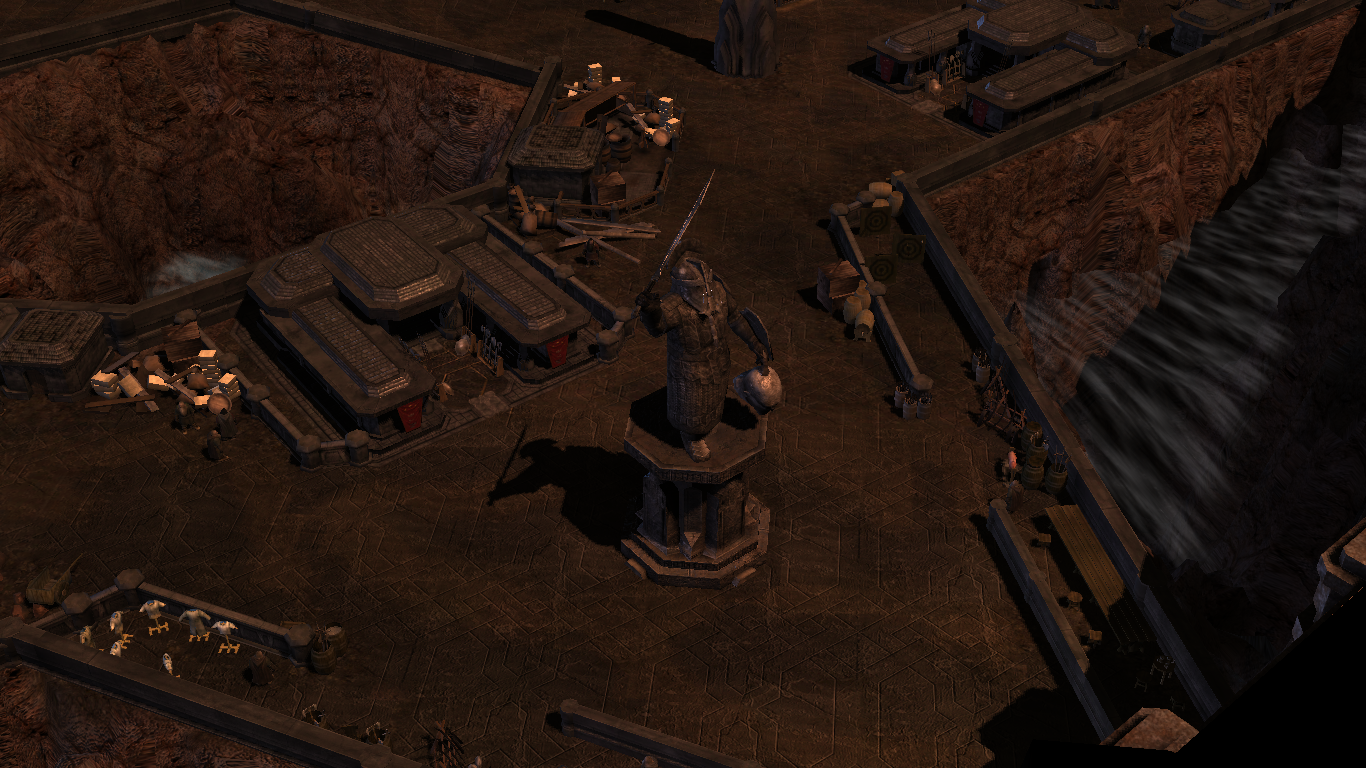 His preferences are made clear in the look of his Halls: active mining operations happening in every direction, training grounds on every corner, with an ample supply of armor and weaponry scattered around. 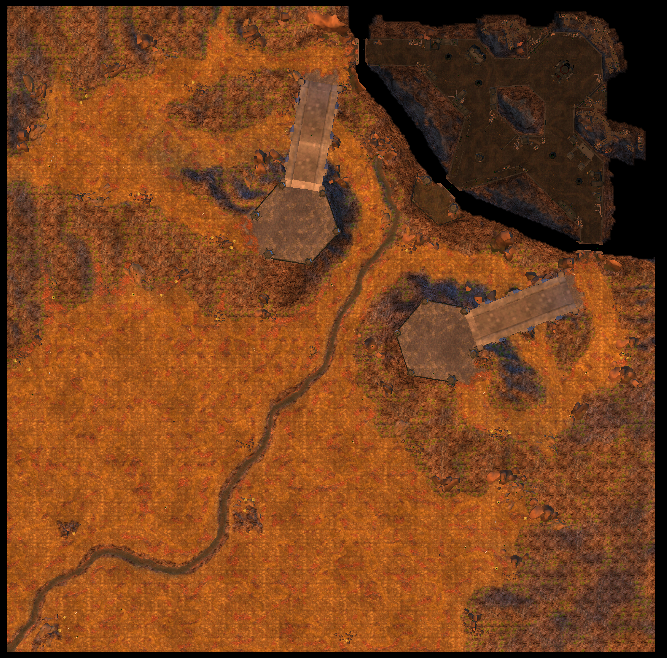 An enemy force looking to take Ironfoot's Halls is in for a challenge. The fortress lies upon a plateau that tops off miles of jagged, impenetrable terrain and unscalable cliffs. Attacking armies are funneled between two heavily fortified cliff arms, after which they are presented with a choice: left or right. Both sides present the same significant challenge: long, winding paths, heavily covered by the fortress' defenders.

There's one major idiosyncracy in Dáin's otherwise rock-solid fortress: he prefers fighting out in the open and taunting his enemies, a desire he has extrapolated into the decision to forego the concept of gates. When defending Dáin's fortress, defenders will need to go out and actively push back upon the winding paths, with Dwarven siege engines and mithril-tipped arrows providing support from above. 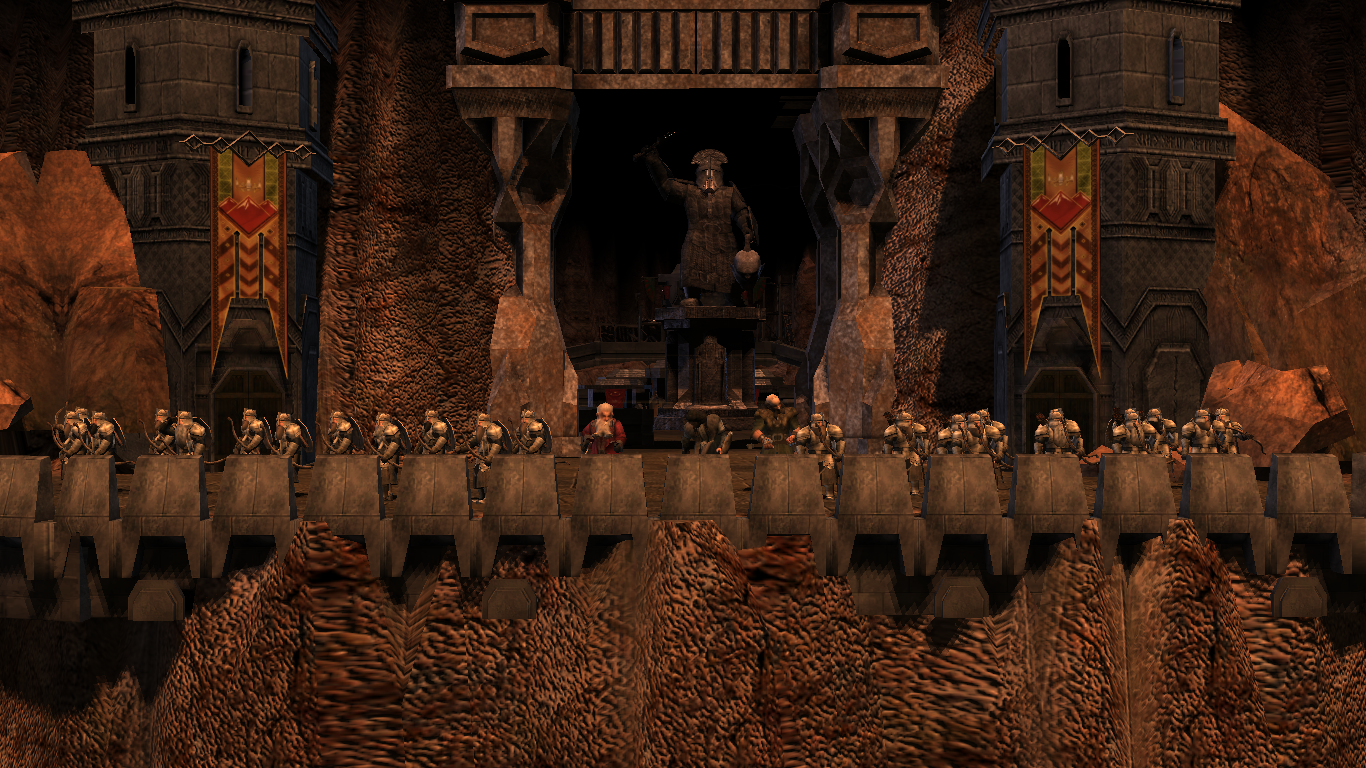 Ironfoot's Halls was made by Fudge, using various props made specially for it by our art team, as well as a large number of props from BFME1 mod The Dwarf Holds, created by Nertea, for which we are very thankful.

It also features its own custom light map, allowing us to differentiate the light inside and outside the hill. Expect to see more lighting wizardry in upcoming maps.

This new map will be part of the coming Dúrin's Folk update, along with many more.

Thanks for reading, and for your continued support!
~ The Age of the Ring Team

Thanks Fudge! This is beautiful. I liked to read the background information too :) Yes, Dáin was so in the movie too: more practical, not 'majestic' and haughty like Thorin.

Thx to Fudge and the rest of you guys. Such a great work by building a content with every single detail, makes me a happy LOTR fan. I cannot wait for your next updates. Cheers! ;)

Defending and attacking this fortress will be so great! You guys simply the best!

Hell yeah :D One more Dwarven fortress i can defend from the filthy orcs

This looks great! I am a little concerned about resource gathering for the defenders however, as from what I can tell, they have very little space inside the fortress which means they have to push out and put their resource structures in very risky places on the hilltops to get a decent income.

Other than that, I am going to feel extremely bad for anyone trying to take that fortress.. they're in for one hell of a ride (x

Not to worry - the defender gets captured inns and has to build on preplaced build plots.

Can't wait to crush this fort.. I mean.. erm.. trade cupcakes with the dwarves...

Have you tested it with the AI defending? Can they use the buildplots properly? I know sometimes the AI responds popelit* to fortress maps and maps with set pieces in the game... Also, it looks wicked! Cant wait for your next release!

*Poorly lol. Im leaving it in though, a popelit AI would be sweet.