GMDX is an award-winning large-scale modification for the 2000 PC classic Deus Ex. GMDX addresses the many flaws of the game, polishes it to a very high standard, and fullfills its potential. GMDX is executed with the strict parameter of staying true to the original design principles that define Deus Ex, and seeks to improve all aspects of design excluding the plot and soundtrack. The cumulative result is said to be the "definitive Deus Ex Experience". 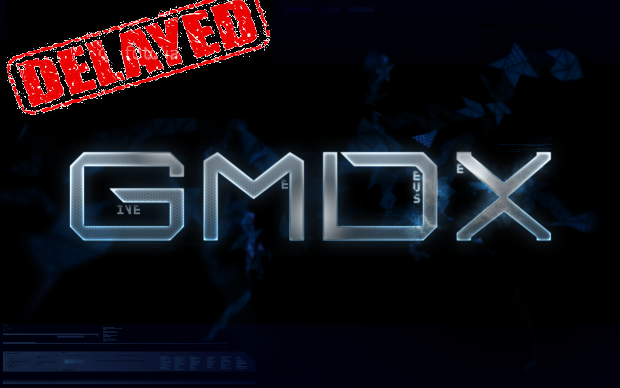 To preface for those that are unaware: GMDX improves all aspects of design excluding the soundtrack and plot, and is frequently hailed as the "definitive Deus Ex experience" by players. And so it should be, as that is exactly what it strives to be while following the design principles that made Deus Ex great to begin with.

GMDX v9.0 was due for the final phase of public beta testing today. Unfortunately this and the release date have been delayed indefinitely until I can find an individual capable of programming a high quality user-friendly installer.
To speed up the process of finding such an individual, share GMDX with the world. Raise awareness. The "definitive Deus Ex experience" can grow even more concretely definitive with adequate support. Nonetheless, delays give the project more time to ensure perfection, so it's not all bad.
I would write an installer myself, but frankly I want more development time and my time could be spent on more fruitful endeavours. Things can always be better.

In the meantime, here's a first look at the next logical evolution of Deus Ex's Artificial Intelligence present in GMDXv9.0. Previous versions of GMDX already made leaps and bounds to improve AI, which you can view a demo of on youtube if you missed it, and this is the next step.

An NPC lays down heavy suppressive fire with the plasma rifle.

NPCs now sometimes lay down suppressive fire if specific conditions are met, firing upon your last known location. This can potentially force you into cover, or even damage you if, say, a plasma bolt passes overhead and hits something nearby, scathing you with the blast radius AoE. Just another intelligent, realistic, challenging variable to consider if taking enemies head-on.

In the above .gif the parameters are set high for demonstrative purposes. In other words, they won't be that aggressive and trigger happy in the release version.

A problem in the vanilla game in how NPCs in pursuit handled target acquisition and also corner turning is now addressed. Below is a vanilla example of how NPCs turned corners and acquired a target:

Note how the NPC stopped, pointed his gun at the wall, and then rotated to the target (the player). This is a tame example of how bad it could get. So what does GMDX do about it? Well, previous versions simply increased NPC rotation speed which helped (a lot of things, actually), but it wasn't enough in this case. NPCs now strafe around corners, improving combat efficiency and believability, and solving a number of flaws in the process. The frequency in which they decide to do this scaled based on difficulty level, among other parameters. It cannot be understated how much this improves the experience and fixes their immersion-breaking derpy-ness.

Class, as in enemy type. Enemy type, as in one type being everyone's beloved spiderbots!

A spiderbot walks on the ceiling.

As always, this new behavior falls in line with the game's lore and general design principles.

No more gifs, they're a time-consuming pain in the ass to make

Did you know Alarm Units yielded no reaction from nearby NPCs? While a laser trigger when tripped would cause nearby NPCs to come and investigate, an alarm unit would not. This is now addressed and bolsters GMDX's already-present improved alarm dynamics. e.g NPCs raising the alarm if they spot a dead body, or alarms being raised calls in reinforcements.

NPCs are no longer "psychic" and will not know of your presence when in combat mode unless they have actually seen you. In the original game when NSF and UNATCO were fighting (for example), NSF would often turn around and fire at you despite never having seen nor heard you.
Immersion-breaking, unfair, annoying...Fixed.

A very simple yet HIGHLY significant fix: the range at which a stealth takedown is registered is increased by 33% - if you're behind an unaware NPC and aim for the right part, you WILL perform a takedown.

AI pain screams and distress radius are reduced from vanilla, resulting in leniency when attempting to silently take out an enemy with more than one hit/shot.

Much polishing related to NPC movement around the game world, such as NPCs set on fire no longer run into walls.
Bumping into NPCs that are attempting to move somewhere will override that attempt to move, and so on.

-Human NPCs now sometimes lay down suppressive fire.
-Human NPCs in combat sometimes strafe around corners already facing the player. This is quite the significant improvement to how NPCs move around the world, and how believable and competent they are in combat.
-AI are no longer "psychic" and will not know your location when fighting with other NPCs, unless they have actually spotted you.
-AI will now investigate the source of alarms emitting from alarm units (Previously they'd only investigate alarms from laser triggers and cameras).
-Spiderbots can walk on the ceiling.
-The range at which a stealth takedown counts is increased by 33% - if you're behind an unaware NPC and aim for the right part, you WILL perform a takedown now.
-Hostile AI attempting to move to a location will immediately stop and attack if they bump into the player, rather than attempting to move around him to get
to that location.
-Added minor diversity to what an NPC decides to do after triggering an alarm.
-NPCs in combat that are moving to a location and see the player often will immediately stop and shoot, rather than continuing running to that location without opening fire.
-Reduced the radius of NPC pain screams, resulting in leniency when attempting to silently take out enemies without the whole area becoming alert. Vanilla the radius happened to be just a touch too loud.
-Improved behavior related to NPCs opening doors in combat.
-Robots ram down doors blocking their path.
-Heavy robots destroy decorative objects blocking their path.
-AI are somewhat less accurate if the player is moving at high velocities.
-AI with assault rifles are highly inaccurate while dying mid-burst fire.
-Enemies set on fire no longer run into walls if they can't find water.
-Enemies that are melee-based and can't reach the player will run away and hide (e.g player is on ladder, Karkian cannot reach so will go hide).
-Enemies with blast radius-based weaponry may open fire even if the player is right in their face, if their health is critical. //consider removing this
-AI accuracy with grenade throws has a touch more randomization to it to cut down on frequent perfect pitches, and
LAMs are thrown by more NPC types.
-Unconscious NPCs now have their name displayed when highlighted.
-NPCs no longer break open footlockers by running into them.
-if the player is blocking the path of an alarm unit an NPC is attempting to get to and press, the NPC will instead attack, if equipped with a weapon.
-AI stealth-related stats have been nerfed a little on realistic mode.
-The advanced security bot now uses a new/previously unused model.
-Greatly diversified how an NPC behaves when seeking the source of a disturbance.
-Minor improvement to the new NPC melee attack/gun bash system.
-If an NPC runs into glass in combat they will stop and shoot it rather than steamrolling right through it.
-Enabled some overlooked NPC vocal reactions to the player clowning around (like throwing a basketball at them).
-Hitting the torso of the enemy now has a damage multiplier of 4. (vanilla = 2. GMDXv8.0 = 3).
-Security camera FOV is higher on hardcore mode.
-Breaking boxes alerts AI at a lower radius.
-NPC leg pain animation rate is slowed down a touch, to add realistic diversity and tactical advantage to shooting the legs.
-Spiderbot movement animation rate is increased a touch, giving them a more realistic-looking stride.
-Heavy EMP damage now disables Anna, Gunther and Walton Simon's augmentations.
-Greasel attack rate now scales based on difficulty mode.
-Snipers now take their time to fire on all except hardcore mode.
-Walker bots suffering critical levels of health attempt to suicide self-destruct near the player if specific conditions are met (Hardcore mode only).
-Military bots that have spotted the player take faster strides/move faster, returning to normal when no longer in combat (Hardcore mode only).
-The advanced patrol bot met later in the game now reacts to sound disturbances (Hardcore mode only).

GMDX has been in rigorous development for over four years now and the AI really have come a long way while still remaining balanced and fair. Seeing the NPCs in action fills me with pride. *wipes tear*

As usual, they're not different per-se, they're just the next logical step. The same is true for nearly every aspect of GMDX. Real unhindered progress is made here. The "greatest game of all time" on another level.

One last note: I have made public GMDX's organized efforts to attain visual consistency among art assets and address the assets that HDTP and New Vision did not update.
Join in on the fun HERE, sign up, and contribute to Deus Ex's visual fulfillment.

You can also vote GMDX for Moddb's annual Mod of the Year award by clicking the relevant link near the top of the page.

"All-Seeing Eye"
Will they derive my location if I snipe an enemy that's close to another one with a suppressed weapon, a la Ghost Recon? (enemy goes down, everyone knows where you are, suppression fire ensues)

Yeah, if they witness an NPC die and you're the instigator they'll still zero-in with absolute certainty. I don't think I want to do anything about it as the silent sniper role is dominant enough as it is, and is even more so in other games that handle it more realistically.

Take your time, i cant believe how better this mod gets with every update!
Thank you for your efforts, keep up the good work. :D

Keep up the excellent work!

Get it on steam?

I'm not all that talented of a programmer, but I have a bit of experience using C++. Not too long ago I even wrote a kind of messy, but successful attempt at fixing Halo CE's mouse acceleration(https://github.com/AWilliams17/Halo-CE-Mouse-Fix).

What exactly would making the installer for the mod entail? I can't be that difficult, can it?

I'm told by several CS Majors installers are one of the easiest things to do.

I love your mod! Still waiting for v9.0.

It's the only thing i check on Moddb right now. Hope you'll figure stuff out in the near future.

What time estimate can you give for version 9.0 to come out? I'm delaying my bi-anual Deus Ex playthrough because of this...

Hello there, just bumping Sanator's question to see if there's any update for V9.0's potential release?

Love the GMDX mod, fixes so many of the original's immersion-breaking issues. Looking forward to v9 :-)