A new development update for Miscreated has been posted! It includes the first pre-alpha image of the residential area - it's still heavily a WIP though as most things will change in it.

The weeks sure go by fast!

This past week we've made some great progress in the the areas of the game we've been working on.

Our level designer has made some significant changes to the map area we are focusing on for the alpha version. The plan at this point is to include a small residential along with a neighboring commercial area that consists mainly of some shopping centers and a strip mall. He's also included a swampy area that is looking pretty neat and I'm pretty excited about. I'm including a small image of the residential area, but be warned this is a very early alpha version and everything you see will be changed or improved with it. Essentially what we're doing for the alpha is trying to incorporate small areas that show what we're capable of doing and that will be representative of what the final game will look like. That is also how we determined the list of weapons for the alpha - just a good variety of several weapon types.

Our texture artist has been very busy and has added a lot of textures that we've started using on the map. Most of them are geared towards the residential area to date, but as more of residential area gets finished we'll work on textures for the other areas of the map.

I also added some more prone animations to the game from our animator and was testing them this week. We don't have the resources to use a mocap studio, so we're doing the best we can with handmade animations, but I think they are looking really good so far. I was testing some of the prone animations in the swamp area earlier today (just my head was above the water) and I felt like an alligator waiting for its prey to come by. I will definitely include some video in a future update with some of the animations, but I keep waiting until we get more of them finished. 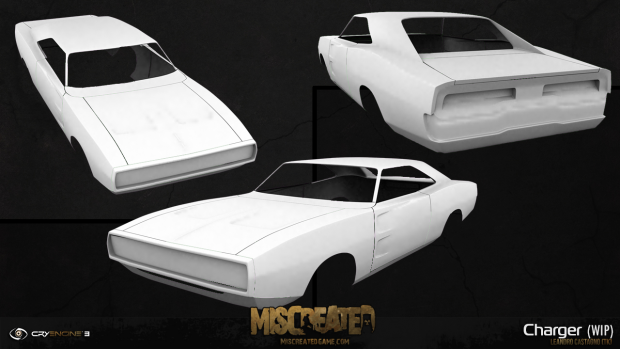 As for the crafting/construction system, it's coming together beautifully and it's another area of the game we're very excited for. In fact, in the screenshot of the residential area, the walls across the road were all placed using the construction system. We still have a lot of work to do do get the construction system to the point we want it at, but it's being improved almost daily at this point. Here's roughly how it works though: You take some materials from your inventory and drag them into the crafting window and then craft them into a construction object - the walls in the screenshot in this case. You then select the crafted object in your inventory and it will appear in the world in front of you (only the person placing the item can see it at this point). As you move around it constantly stays a fixed distance in front of you. You can also rotate the object by holding the left-alt key and moving the mouse to the sides. Once the object is where you want it at, just press the left mouse button and the object appears in the game. It's pretty simple and fast to use overall. This is also the way you pitch a tent.

Our flash developer has been busy working on the main menus for the game and we're hoping to start integrating them into the new backend server/database in the next few days. Once that is done then it can be used to enter in serial numbers and create accounts on our servers that the game server will recognize.

Here is the screenshot of the residential test area (very early version and a serious WIP, but we wanted to show a little sneak peek this week): 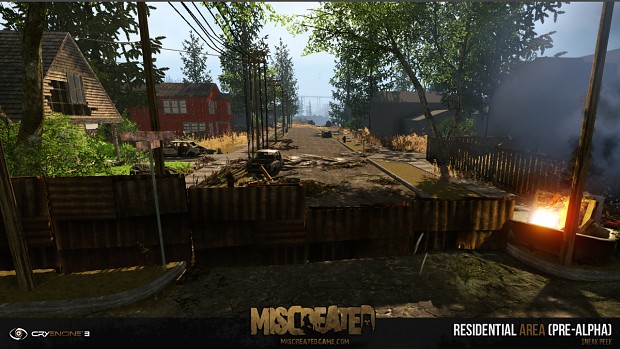 wow, that street does look very realistic!
great scenery to have a lovely firefight in it!

definitely a game to keep an eye on. great job guys keep up the good work :)