Character concept and final version and concepts of the enemies.

Posted by OmadaGamesStudio on Jun 2nd, 2021

We bring you today the final version of the character. It still doesn't have color but next week that will be taken care off. We've made lots of studies for the character and also for the cape he will be wearing which is what gives him the ability to switch between the two dimensions.

We also are currently building the level of our game on unity and soon there will be a an alpha build which we will give you all access so you can give us your opinion about the game.

Here is the final character concept and will be the one used in the game. When the character has the hood on his head it will represent that he is in the alternative world and when hood isn't on his head he is in the normal world. Also there is a part in the beginning of the level where the player will have to get the cape and that's why there is one where the character doesn't have it on. Hope you like the art and see you next week. Follow for more content Twitter 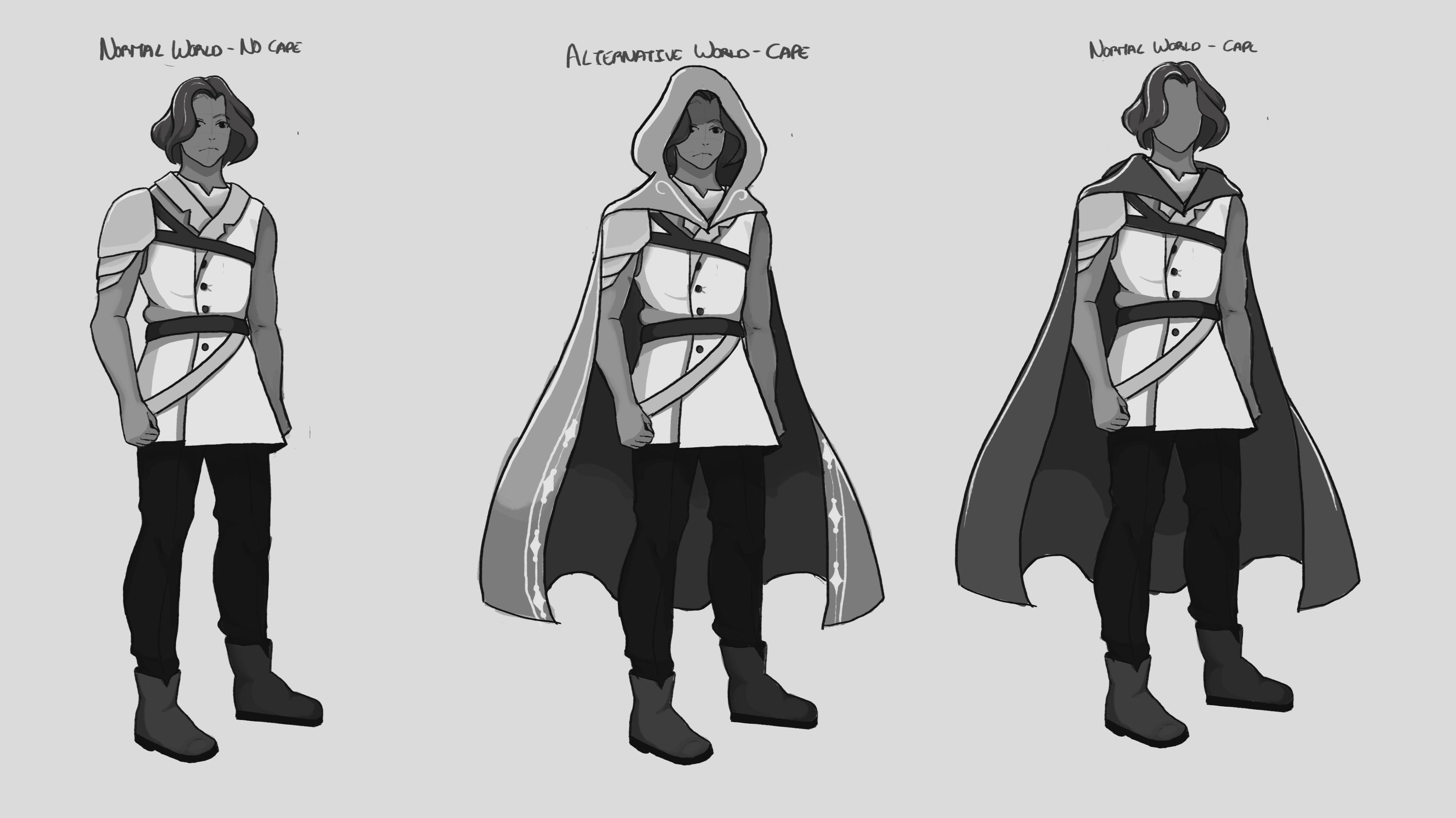 Here are some studies made for the character and the cape. Is there anyone you like more?

Here we've got some initial studies about the enemies, there will be two, one bigger than the other.