In which broken-stone geometry gains edging; other geometry is touched-up; chiselled, speckled stone is textured; a chamber is plated in shining gold; guardian-statues are made; some new enemy logic is begun; bug-fixes are implemented; a string-file is added; and more work on the publisher-search is done.

This week's screenshot shows a king's sarcophagus-chamber bright in the "reflected" light of gold-plated walls. 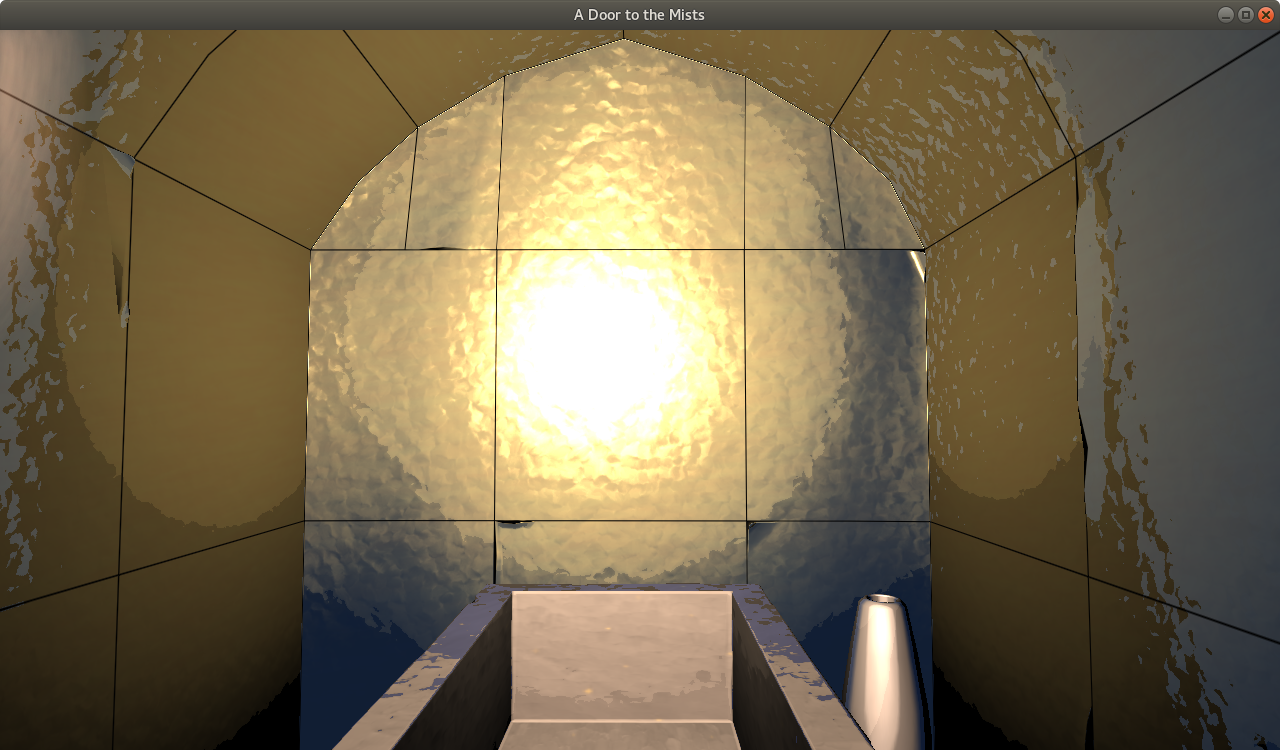 The week just past was a varied one, one of modelling and texture-making and logic-writing and more:

I mentioned last week, I believe, that I had experienced some trouble with the edging of the broken stones found near the cliff-bases of level eight.

In the week just past, then, I worked on this--and indeed, after some effort, I believe that I have something that does the job!

I went through a few approaches to this edging, but in the end what I did was fairly simple: I applied a mask (with three tiled versions packed into colour-channels to increase the interval between repetitions), which "cuts off" stones below a certain line.

It's not perfect--there are no individual scattered stones represented beyond the border, and there is some repetition. But I think that it works fairly well, at the least following the contours of the stones rather than cutting them off sharply at the geometry's end. 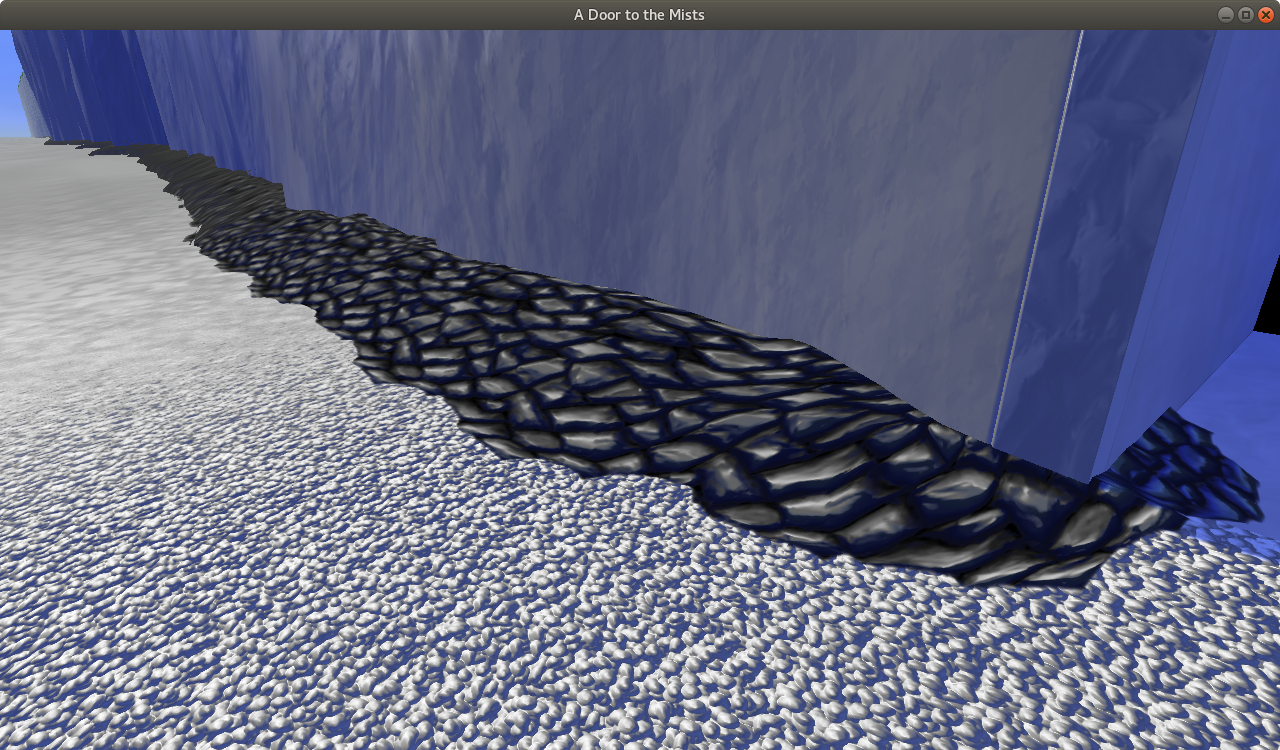 And along the way I worked on the geometry and UV-mapping of the mesh itself, too.

(The above hasn't yet been applied to all of the relevant geometry, however.)

I also took some time to clean up the geometry of the cliff-face itself, as well as the doorway that I've shown that leads to the interior.

As to said interior, in the week just past I worked on the appearance of its surfaces.

To start with, most of these surfaces are simple chiselled stone--albeit that said stone is flecked with little bright "starbursts", likely some pale mineral common in the area. So I made textures for these, both colour and normal-map--the latter of which proved somewhat tricky to make to my satisfaction! 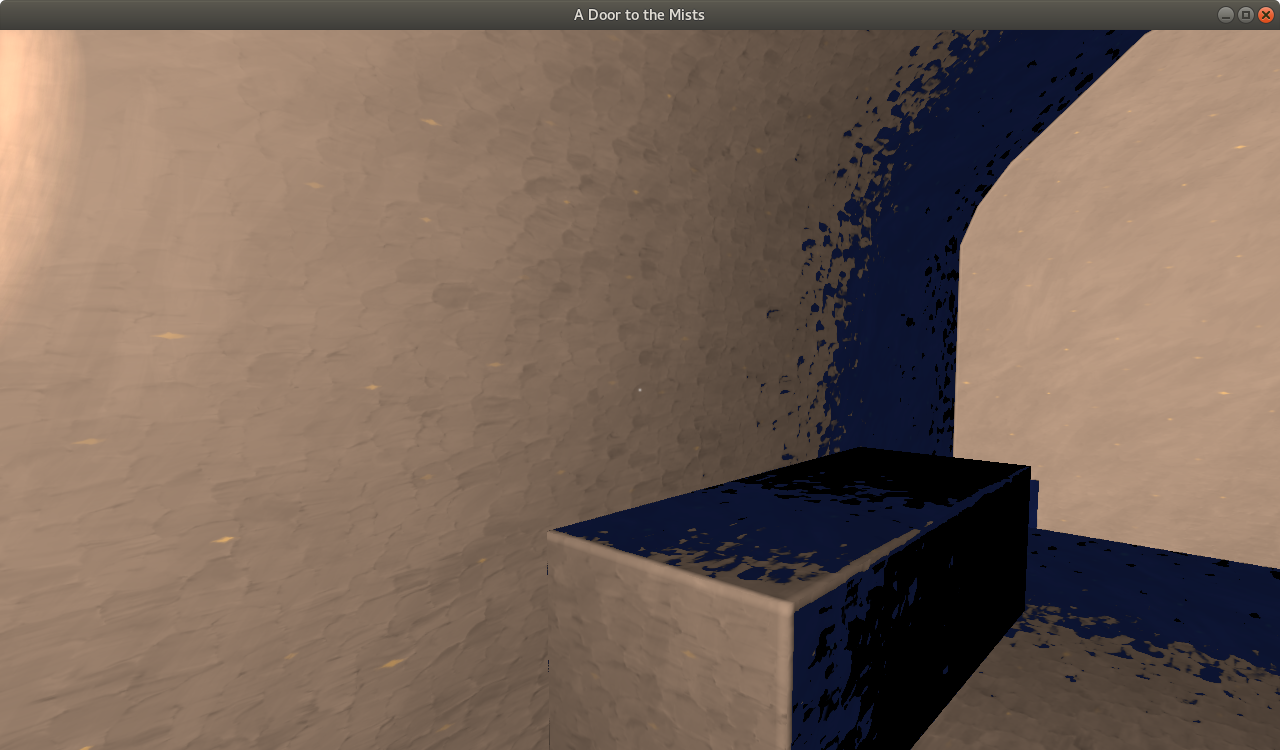 But perhaps more eye-catching is the sarcophagus chamber in which the king is intended to lie.

As shown above, this room is plated with gold, which bright metal catches and rebounds and so amplifies light that's brought into it.

However... the shaders of A Door to the Mists don't support any such thing.

Had I left the lighting at its default, the walls would have been shiny, but dark: appropriate-enough to a single piece of metal surrounded by other surfaces, perhaps, but nowhere near as reflectedly-bright as I intended for this room.

So I turned, then, to my "blob-light" system.

After some experimentation, this room now has a "blob-light" whose intensity and position are controlled by the level-script, according to the player's position. Specifically, this light is dimmer the further the player is from the approximate centre, and locates itself opposite the player within the space of the room.

This creates an effect somewhat-similar (I feel) to light being bounced around the room, and brightens things appropriately! 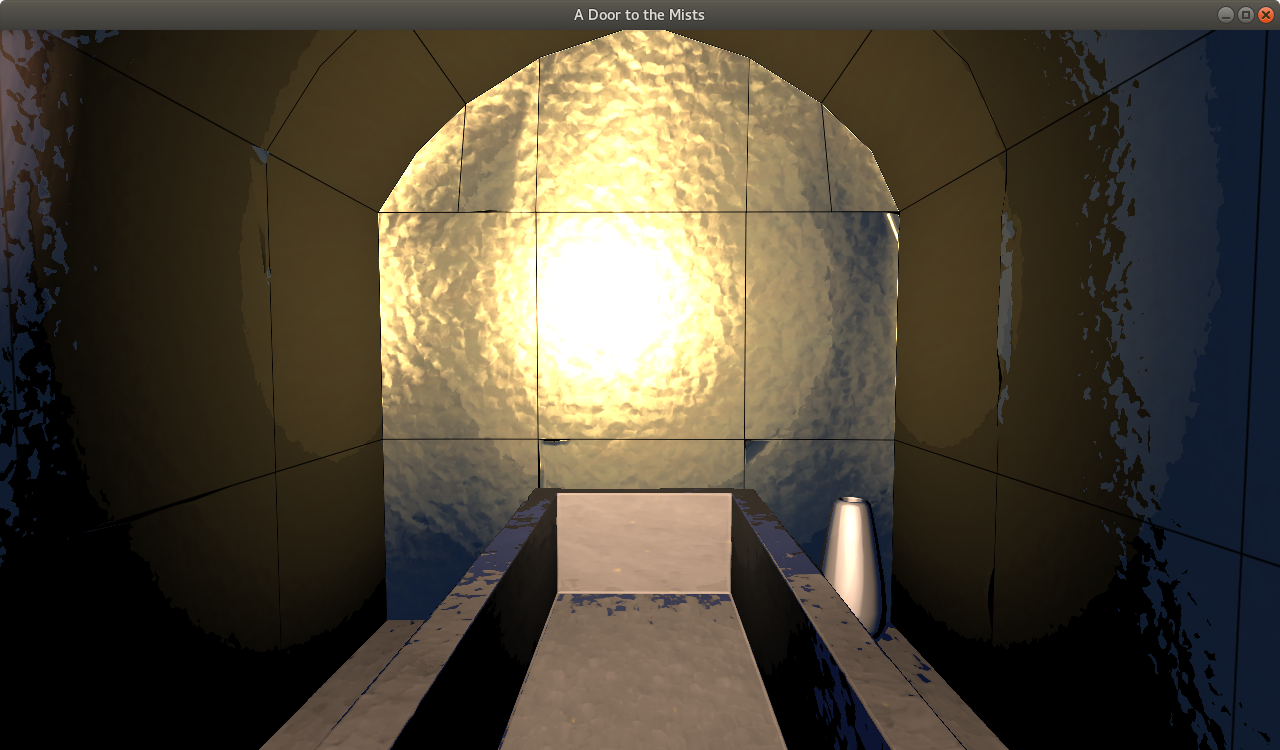 But what king is without guards? And indeed, in an unadorned chamber off of the main tomb-hallway, a rank of five guardian-statues can be found.

These I also modelled in the week just past. Modelled--and began to animate... 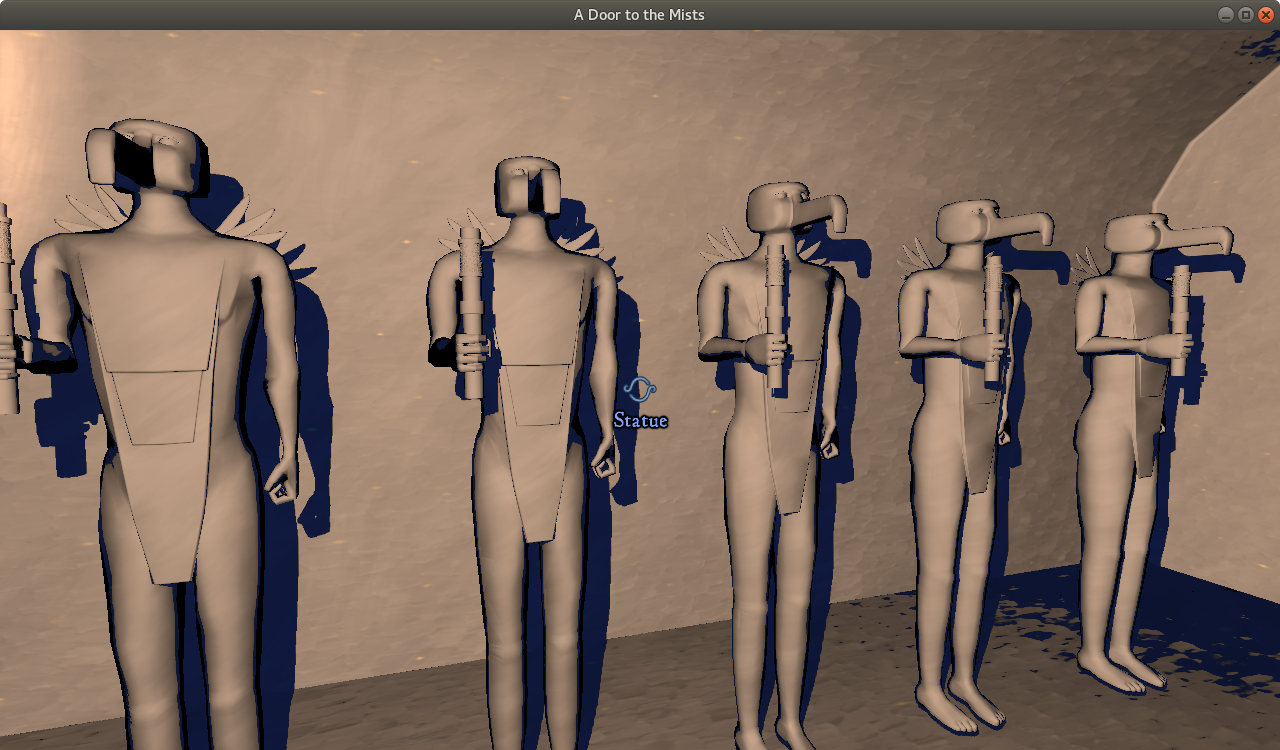 Indeed, I furthermore started in on some custom logic for these figures--but let me not spoil that too much... ;)

And on the minor side, I enacted some bug-fixes in the editor and added the beginnings of a string-file for level eight.

And finally, the publisher search continues: in the week just past I sent out some queries to publishers that had not yet responded, and began research on one more wave of publishers to pitch to. o_o;