As we work hard to make our stonepunk arena action game Antegods a reality, you can stay up to date on our development process with regular blog posts from our design, art and code departments. This time, lead artist Tom will guide you through the creation of procedurally generated leaves in Substance Designer!

In the previous art update I talked about Substance Designer and how amazing it is. Today I’ll give you some more insights into how this software helps us make randomly generated art.

We asked our Twitter followers whether they wanted to see a tutorial on our generated stone or leaf patterns. With a difference of only a couple of votes, a winner emerged: the leaf pattern! Yeahhh…

For our next #Antegods art blog post, what #substancedesigner tutorial would you like to see? #gamedev #indiegame T.co

So how did we create those leaf patterns? It’s not easy, as you can see in the below graph. I’ll try to keep my explanations as simple as possible, though!

As mentioned in the previous Substance Designer blog post, the ‘random seed’ button is super useful. I decided to use it as the basis for our leaves.

Step 2: You’ve got some serious nerves

Now that we have a constantly changing shape, we need to create nerves that come from the leaf’s center. This step contains more sub-steps than the previous one, so it’s harder to follow. Stick with me!

Now we have a leaf shape and a nerve system, we can create the final texture outputs of the material. Starting off with the Normal map. 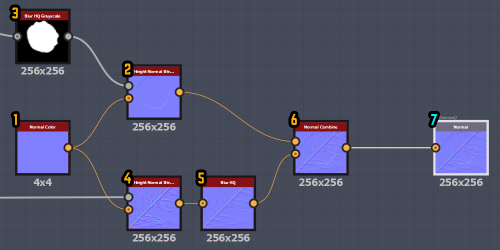 Step 4: Put on your Details Mask

Cool, this is going well! For the upcoming 3 textures, (Diffuse, Specular and Glossiness), we need to have a mask that has all the details combined. In the end, we’ll use this to get something more than just a flat-colored leaf.

Welcome to the hardest step in this tutorial. The Glossiness map!

Step 6: Wrapping up the Diffuse and Specular

Here are some images of what happens when you change the random seed in Unity, which unfortunately doesn’t change the coloring yet! 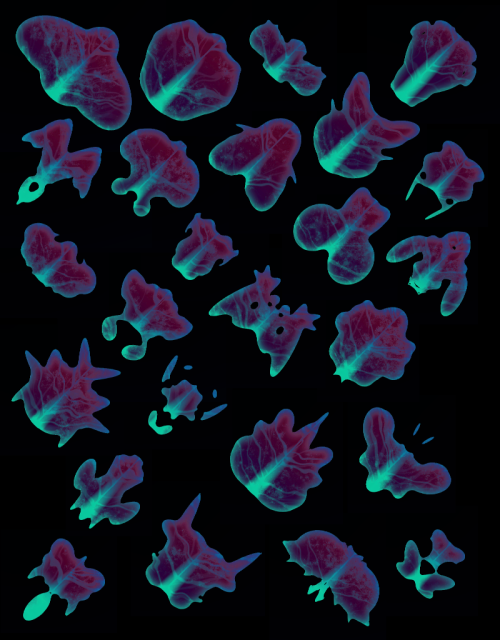