In which natural cavities and their blockage are depicted; a logogram is made; labels and descriptions are written for logograms; a mist-effect is added; a level is believed near-complete; and a new level's rough draft is begun.

This week's screenshot shows a bit of detail added to one of the tombs in level eight: 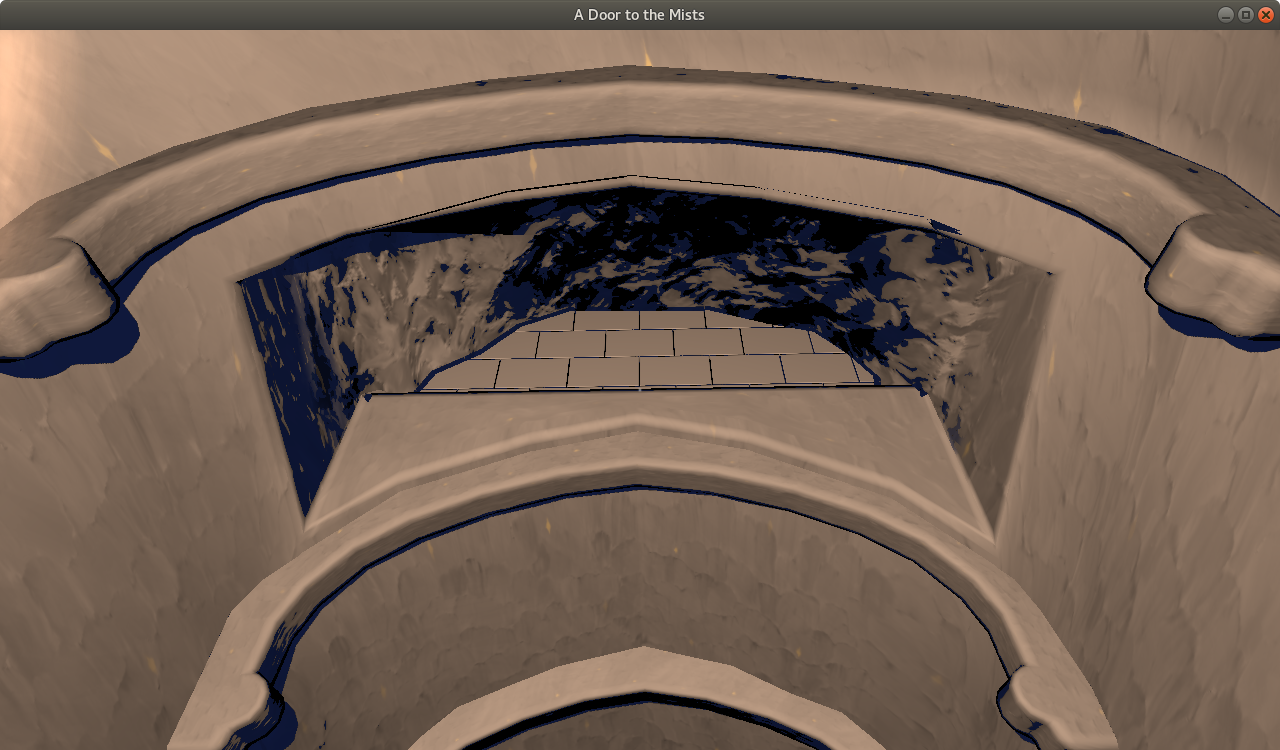 Such polish was the main work of the week just past--that and a bit of preparatory writing:

The tombs of level eight are, as has been shown, carven into the side of a sheer gorge. And in being so, they in places break into natural caves or cavities. Where these align more or less with the intended tomb, they're incorporated--hence some of the turns or dips in the tomb-corridors. But in some cases, they're simply superfluous. In these cases, they're instead just bricked up, closing off the unwanted section from the intended tomb-space.

In the week just past, then, I added two such places, one to each tomb. The first is shown in the main screenshot above: a place where a natural cave enters from above, and which is thus blocked off above the corridor. Here below, then, is the other: a smaller cavity that would open on the side of a passage-wall: 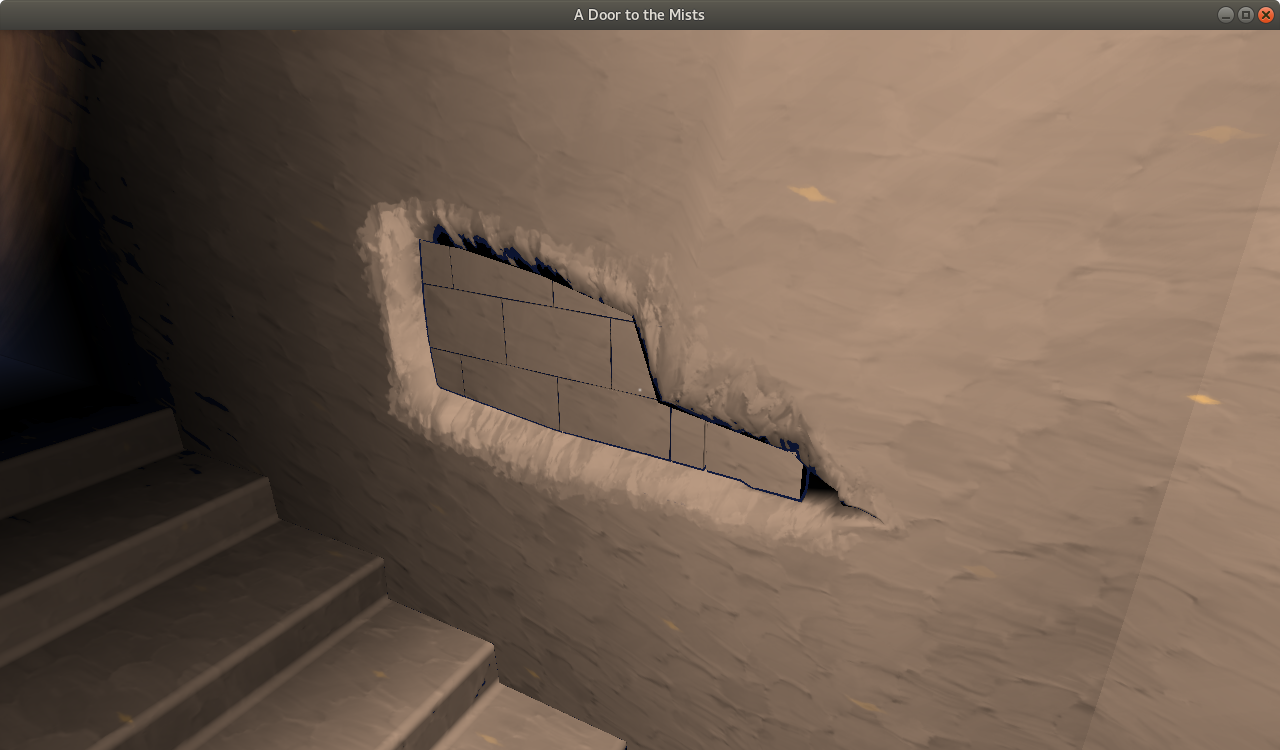 You may recall from last week's blog-post that I indicated that I had completed all but one of the tomb-signage logograms. In the week just past I finished that set, adding the final of these logograms above its entranceway: 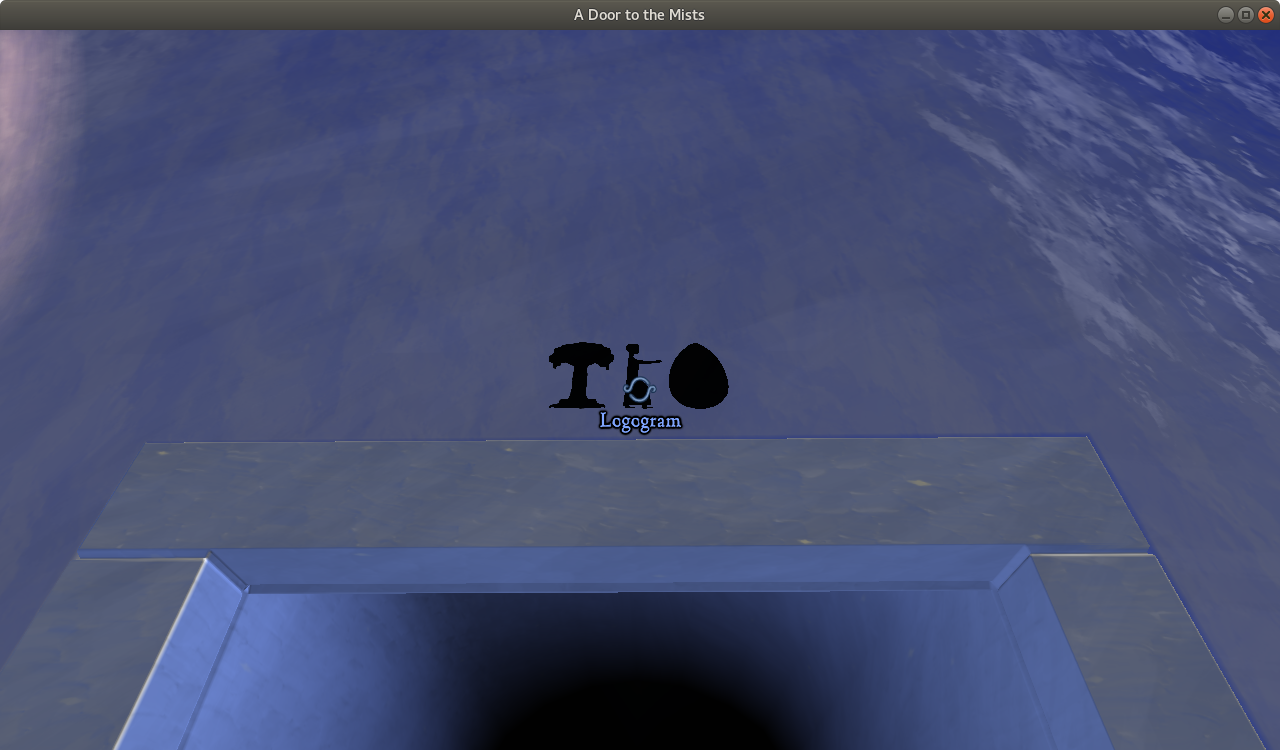 On which note, I also added names and descriptions for each of the accessible logograms.

And one more element of polish was added in the week just past: As you may have noticed in previous blog-posts, the king who lies in the first tomb is rather well-preserved. This isn't simply a matter of freshness--he's been there for a while--nor of embalmment. Instead, this is accomplished by magic, and powerful magic at that, embedded in the sarcophagus.

It's powerful enough that the weave of it is visible in places: mist that curves and flows in and out of the stone.

Now, there are a few touch-ups yet to be done--offhand I recall that I may want to improve that mist-effect a bit, and that there's a name that I have yet to insert. However, those aside, I believe that I have this level pretty much done!

[edit]A minor correction: there is also one lore-entry and the level's preceding cutscene currently unmade.[/edit]

And with that, I've moved on to writing the "rough draft" for another level. Not the next level, funnily enough, but in fact the previous.

This sees our adventurer travelling through the ruined, abandoned, city named Kevesha--the place that the kings entombed in level eight once ruled. It is there that she finds the clue that leads her to those tombs--but not without encountering danger and discovery along the way!