Hey, guys! Ho, ho, holy friggin’ cow, that year, am I right? As we close this chapter of history (that should have been multiple chapters actually), we’ll hope the pain subsides a little. Peer Review on the other hand, is doing better than ever (no correlation).

Hey, guys! Ho, ho, holy friggin’ cow, that year, am I right? As we close this chapter of history (that should have been multiple chapters actually), we’ll hope the pain subsides a little. Peer Review on the other hand, is doing better than ever (no correlation).

But before we get to that, there’s something that’s been a little bit of an elephant in our dev rooms for a while now, and we’d like to address that. We’ve historically referred to Peer Review as a “reimagining,” which for a while we thought adequately described it. It’s a little more extravagant than a remake, but isn’t exactly its own thing. Well, it’s feeling more and more like that terminology applies less and less. From here on out, Peer Review is a reboot of Half-Life: Decay.

This isn’t a change of scope, mind you. None of the goals of the project are being changed, work isn't being trashed, nothing like that. That said, the amount of deviation from the source material we’ve been doing is extensive enough that we feel it’s worth letting everyone know what they’re getting into. Other projects such as Black Mesa have branded themselves as “reimaginings,” and we’re aware that they’re casting a bit of an unavoidable shadow over us. We’re also aware that it sets certain expectations of us. But anyone going into Peer Review expecting a reimagining as faithful to Half-Life: Decay as Black Mesa is to Half-Life is gonna be sorely disappointed. We’re following the same story structure, beats and missions, but our approach to everything is very, very different from the original game, and using words like “remake” or “reimagining” is starting to feel disingenuous. If you’re curious to hear more about our reasoning and get some examples, we intend to have our first devblog up soon, which will cover the subject in more depth, so keep an eye out for that!

Alright, with the bacon-saving essay out of the way, let’s move on and talk about the last quarter! It’s been an interesting one for us, as we’ve been experimenting with how we approach designing our missions. We’ve been storyboarding and exploring integrating our concept artists directly into the level design and environment art processes. It’s been a fun process and having the extra area of expertise is really changing how we approach our missions for the better. Here’s a peek at how Rory and Notewell have been applying it to the mission Resonance! 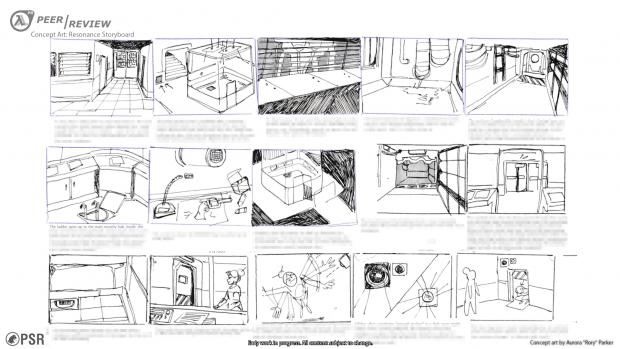 That said, as always our design process includes the art studies we’ve talked about before. This is one of those times where that “reboot” stuff we mentioned before comes into play. We showed you one of Chris’s Code Green art studies before, have another from Agente P! 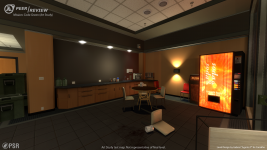 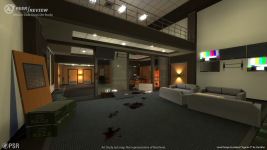 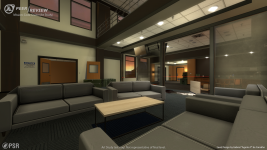 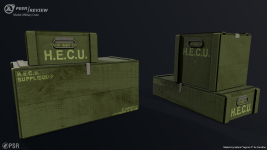 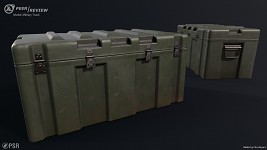 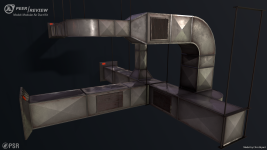 You may be wondering why we’re a tooouuuch late on this quarter’s update. For the last of this quarter, PSR took a “vacation,” while the lead developers returned to their roots to work on Black Mesa: Hazard Course, PSR Digital’s debut project. With BM’s Workshop support largely addressed, PSR OGs busted butt to finish up and release that project, which is now available on the Steam Workshop! And with that out of the way, the team’s recharged and focused once again, so we’ll be charging into 2021 swinging hard.

Lastly, once we’re fully back in action, our team is going to be hosting dev streams! If you’re interested in seeing progress as it happens and chatting with the team and other fans, pop over into the Peer Review Community Discord server! We’ve done a few in the past and everyone seemed to have a good time, so we intend to keep that ball rolling for as long as there’s interest. Bonus points, if you'd like to be notified of when streams happen, go ahead and let us know in the dev-streams-chat channel (or DM a Lead Developer if you'd rather be discrete) and we'll assign you the “Stream Notes” role. You’ll get pinged whenever a dev plans on going live so nothing slips under your cute nose!

Discord a little too much engagement for you? Understandable. If you wanna hear from us a bit more than here but not clutter your Discord servers list, we’ve also got a Twitter profile! Here we’ll let you know of updates and share work by our team. Some of you may have already seen some of the media from above!

As always, this reboot isn’t gonna reboot itself. Unfortunately, we have to work, and that means we need more humans (preferably) to get work done, so if you’re a human (likely) or know a human (also likely) who may be interested, pop on over to the PSR Digital team application form! We have openings for all non-audio and writing positions and we make sure to keep the team a nice, safe space for all. The ideal candidate will be human or a suitable alternative.

That’s the update! Sorry for being a touch late, but we hope to make it up to you in the new year. As always, we appreciate your support and feedback. If you’ve got questions, comments, blood-curdling screeches of outrage or any of the other usuals, feel free to give us your thoughts!

So, its gonna be the same, but with different designs and visuals? nice

But different designs, visuals, gameplay, layouts, and (slightly) different story details (but not too much).

Oh this is god damn amazing, really great to hear that the game is doing well!

Some maps will be expanded a little for a longer gameplay?

This is most exciting!

I encountered the problem of "remake" when a group of certain people with a certain fanaticism criticized projects for their differences from the original. You did the right thing by immediately letting you know about your plans to change the modification style to suit your creative process.

Of course Black mesa has created a certain design that fans are used to, but I'm interested in looking at other styles of the complex.

The only thing I want to add as a fan is that it would be nice to find more references to the original universe.