Overview
Zombie Master Black Edition v2.0 (referred to as ZMBE2) is a spin-off mod based on the original Zombie Master source code.
The main features of ZMBE2 are: 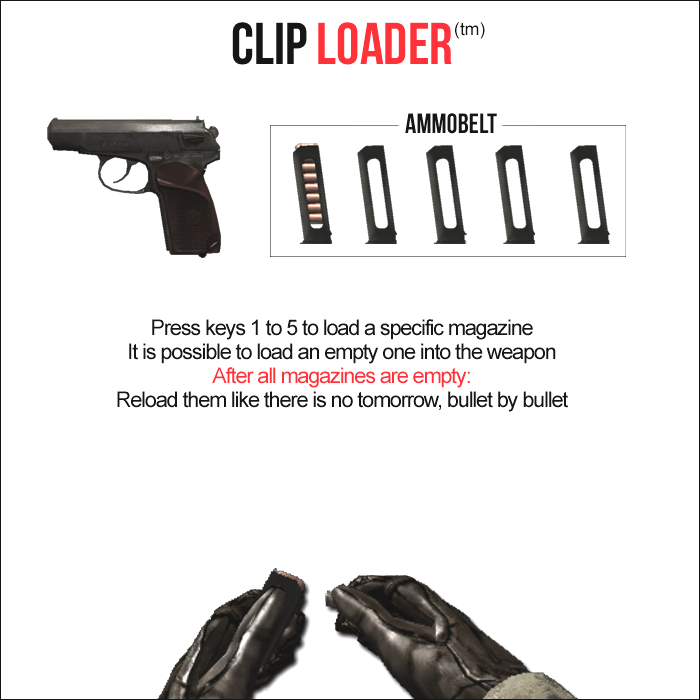 Accessability sucks!
Far too long have game design mantras like „easy to learn, hard to master“ oppressed the hardcore gaming crowd. ZMBE 2 is going to throw accessability out of the window and replace it with confusing hardcore depth in gameplay.
ZMBE 2 gives the player a choice. Be smart, be stupid.
Therefore, ZMBE 2 will be the first zombie-themed FPS mod that allows you to be stupid with your gun. Mess up your reload, forget to press the slide catch, reach for the wrong magazine, have your gun jam in the wrong moment or even experience it having a last fatal stoppage that literally breaks the gun.

Skeptic player: Reach for the wrong magazine? What could that be?

In ZMBE 2 each pistol comes with 5 magazines. Instead of the bag of bullets featured in HL2, each magazine is realistically simulated. When magazine 1 is empty you can press any of the keyboard keys associated with the magazine slots (keys 1 to 5) to load a new one. Obviously in the heat of battle it might happen that you press the wrong button and load an empty magazine and look like a lama when you get bitchslapped to hell.

Skeptic player: Well this is all nice and hardcore, but other games, like Red Orchestra did this already. What is so hardcore about ZMBE 2?

ZMBE 2 is even more hardcore because it goes a bit further than that. I think a screenshot should help explaining it:

That's it. The first FPS game (that I know of) that lets forces you to reload the actual magazine. After merrily blasting away your 5 loaded magazines you need to find a quiet corner or barricaded room to reload them, bullet by bullet.

Zombies and other features are still in the planning stage and will be revealed once they have materialized. Feel free to suggest weapons, zombies, gamemodes and other things at our forums 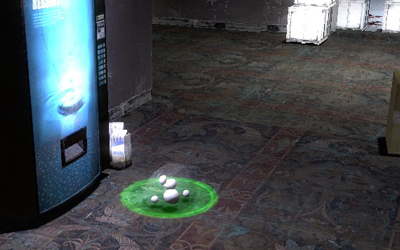 Screenshot of the blob

Manual Action
All pump-action shotguns and the winchester rifle use manual pump/lever-action.

Backwards compatability
Play your old favorite ZM maps (simply copy them into your ZMBE/maps folder). Most old weapons are
replaced by the new ZMBE counterparts (except the baikal and mossberg).

Hi, as you might have figured out by now Milk Carton and ZMBE are dead. However many things I have planned for them live on in a new game I am making on UE4:

The first two animation previews for the makarov pistol have been released.

A small patch which replaces some weapon sounds and fixes a stereo sound bug related to the 1911 and the TEC-9. To install simply extract the contents...

An update on the new and innovative weapon handling features that will be included in v2.0

A small patch which replaces some weapon sounds and fixes a stereo sound bug related to the 1911 and the TEC-9. To install simply extract the contents...

The full installation for ZMBE 1.2e for Clients and Servers. Currently there are no linux files available. (REMOVE ANY PREVIOUS INSTALLS before installing...

Cat wtf are you doing stahp being ded

Let me google that for you, Lmgtfy.com

is anyone playing this now

Is there any server up?

offers realism,co-oporation and a lot of funny moments