Yuri's Revenge Aliens Invasion Mod is Distant Sequel(after 1000 years) of Original Yuri's Revenge(Rise of the Technology). After Yuri's Forces are defeated The aliens (yuri same race) are invade from terrible world (mars) they want to rule the earth. To liberate the world invasion allied and soviet negotiate both leaders settle to reclaim the world and ready to strike back the alien invaders. Be careful the other nation are fighting along side with aliens because they surrender their no match in aliens technology and their become a puppet. The only hope is Americans and Russians to reclaim the world (some americans and russians become a puppet after invasion). Some nation are still fightback and later their fight alone with your side. 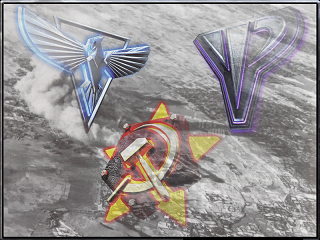