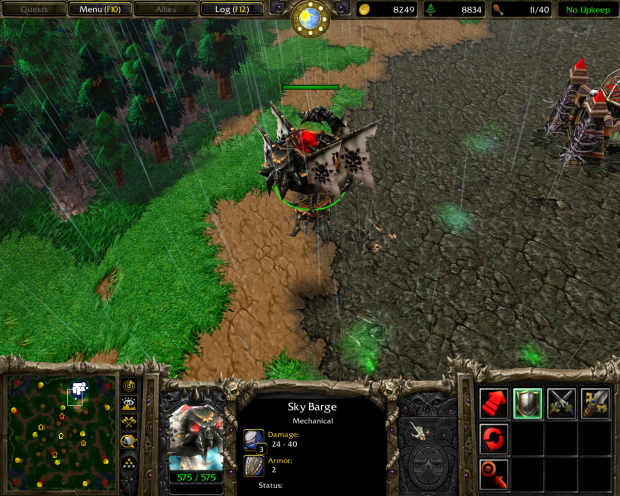 what building is the sky barge constructed at?

As long as the player doesn't research any of the faction altering upgrades and also upgrades to the Halls of the Dead and builds a Tomb of Relics, he gains the ability to build a Sky Barge, which can transport units and initially has no attack.

After upgrading to the Black Citadel and building a Tomb of Relics, the player can research 'Obrahiim's Engineers' upgrade which increases the hitpoints of all mechanical units by 75 and their movement speed by 7%. Also, it gives the Sky Barge the ability to attack ground units.

Note: The effects of Obrahiim's Engineering are lost when the player researches a faction altering upgrade.