War of the Silmarils is a sub-mod of Third Age: Total War, the ever popular total conversion for Medieval II: Total War Kingdoms. The goal is to follow the lore as closely as possible and faithfully reproduce the heroic First Age of Tolkien's Middle-earth in the Medieval II: Total War engine. War of the Silmarils features many new unique factions, each complete with a roster of units, a completely new campaign map of Beleriand and the lands to the North, and much more. So if you're one of the many who have been enthralled by Tolkien's mystical world, this is a mod to watch! 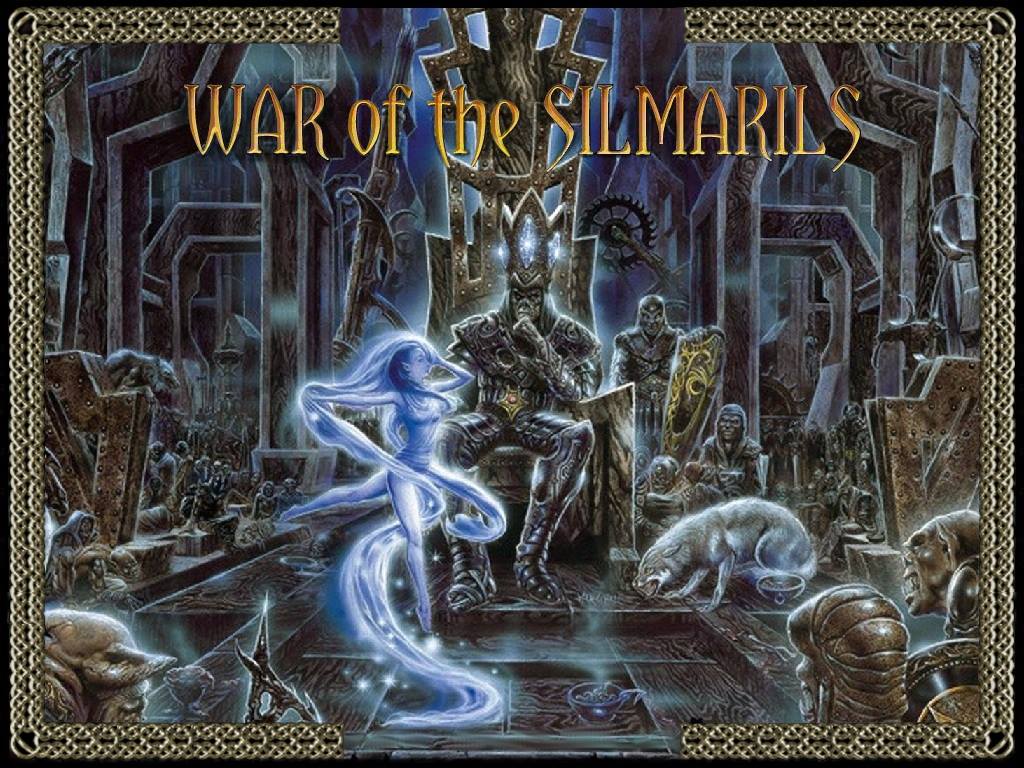 Hello and welcome to the home of War of the Silmarils on ModDB! The mod had indeed been inactive for a long time, but, being a leading member of the original team, since last year I took it upon myself to revive and finish it, retrieving all the content made by my old team so far and starting the modfolder from scratch, and finishing the map, which during the last year I have vastly improved and perfected. I shall be posting news and previews on this page as development continues, so stay tuned!

War of the Silmarils is a submod of Third Age: Total War for Medieval II: Total War Kingdoms, based in the TATW submods section over at twcenter, and it aims to bring the heroic wars of Beleriand into the Total War engine. It will feature more than a dozen new factions with unique and original unit rosters while taking care to follow the lore of J.R.R.Tolkien as closely as possible, and a new campaign map covering all the lands west of the Blue Mountains in the First Age of Middle-earth.

War of the Silmarils takes place at a time many thousands of years before the events of The Lord of the Rings, a time when Men had just awakened and mighty Elven kingdoms dominated the west of Middle-earth. A time when the first Dark Lord, Morgoth, commanded Balrogs, dragons, werewolves and innumerable hosts of Orcs from his stronghold of Angband in the North. The campaign starts at the year 455 of the First Age, just before the Dagor Bragollach, when all the Elven princes are still alive and strong. Set amidst a grand tale of theft, exile, blood-curdling oaths and terrible wars, as recounted in Tolkien's Silmarillion, War of the Silmarils lets you take command of one of the many factions vying for power in Beleriand, and fight for survival or destruction in a time of total war!

( * A few unplayable microfactions will also be included for the sake of lore and immersion, as well as the Host of Valinor, which will be scripted to arrive under specific conditions.)

The mod is based over at twcenter, so visit the thread at War of the Silmarils, in the submods section of Third Age: Total War, where you can see more information on the mod.

You can also visit War of the Silmarils on facebook, here:

Special thanks to King Kong and his team for giving permission to use TATW content!

(Copyrights of featured artwork owned by Andreas Marschall, made for the cover of the Blind Guardian album "Nightfall in Middle-earth". Logo made by Squeaks.)

Doriath is a Sindarin faction in the heart of Beleriand, with strong and versatile infantry and elite archers yet lacking in cavalry, starting with seven...

Gondolin is a mixed yet predominantly Noldorin faction, with powerful and versatile infantry yet lacking in cavalry (not many horses there), starting...

Just got my hands on the new Tolkien book, The Nature of Middle-earth. Time to delve deeper into the lore... A lot of work has been done on the mod during the past months, updates and previews are coming soon.

when ? 1 year without nothing new here

So uh, how many months/years is "soon" for elves?

It depends. In sun-years, or Valian years?

Be patient, everyone, you won't be disappointed. This will be the most Loresome mod of all mods.

So is a release this year guaranteed?

So is a release this year still a "hopeful possibility?" :p

I was recovering from surgery, I'm back.

I am happy you recovered, Greek Vanyar Elf! Your Fëa is strong, I hope as well you didn't suffer much!

Single Player
Tags
Embed Buttons
Link to War of the Silmarils by selecting a button and using the embed code provided more...