Since the early 1990s, the World is more complex and the Cold War is coming to an end. However, the end of this geopolitical tension is not going to bring peace to the World since new conflicts will appear. We aim to represent some of those conflicts in a semi-realistic style. To say that we have no side at all !

- Bots intelligence improved : the AI bots will not attack you with his knife or defibrillator anymore.

- Bots will not spam grenades anymore

- Bots now use the AT mine

- Bots don't use grenades vs tanks

- Now you can sprint longer.

- Now you can play with 31 bots in singleplayer

- Now you can fire while jumping

- Reworked HUD (adding back minimap and more, but with a style totally different than BF2 vanilla)

- The Static machine guns ammo is now limited, and you will have to reload it.

The 1.5 version is still not released, please wait.

We are still looking for any kind of help, if you think you can help us for something, send a private message to Ismoleboss : Moddb.com

Let's do a check in

Very firstly, I wanted to appologize to have left you in doubt all this time. So why I have been absent all this time? There is 2 reasons :

- The main reason is something most of you know : my files. Indeed, after a trip that forced me to leave my desktop computer at home, my files got stuck on a laptop where I had put them while waiting for a new one : The internal hard drive of the computer was too damaged, and it was impossible to recover them. As a result, I lost nearly 40% of my files, mainly from Post-Soviet Conflicts, including all my works on Ukrainians, 2008 Georgians and a lot more.

- The second reason is university. Since I got to university, and that making the same work would take me too much time, I decided to pause the mod, and focus on my studies, at least until I start to get used at this life.

Now, I'm getting back to work on the mod, and even if I lost a lot of my files, I was still doing some works from time to time. However, I have noticed something : Due to the large accumulation of factions (which represent a hundred of them), the mod beacame a litlle unstable with crashes and lags for no reason. Also I have noticed that it could have taken too much time.

So I have decideed to separate the different conflicts and put them into groups, and those groups will be released one by one and will be independants from one of the others. How it work ? If you remind the articles I put a long time ago which showed you the conflicts one by one? Those will be the groups. For example, Asia group will be released at a date, Africa will follow and so on. But the two first groups to be released will be Iraq (what has been up since the first version), and Post-Soviet conflict. So I was able to organize the development, so as to obtain the following quick-made board, and following some calculations, potential release dates : 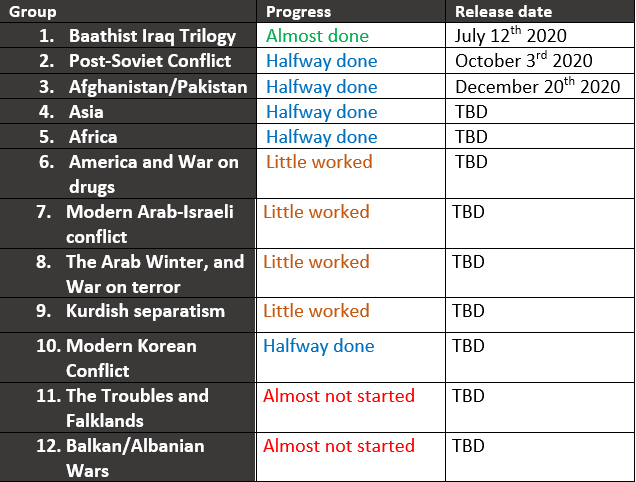 Ok, I will avoid boring you for a long time. For the occasion, I decided to show you some things new that been have done on the mod, and which was not lost. 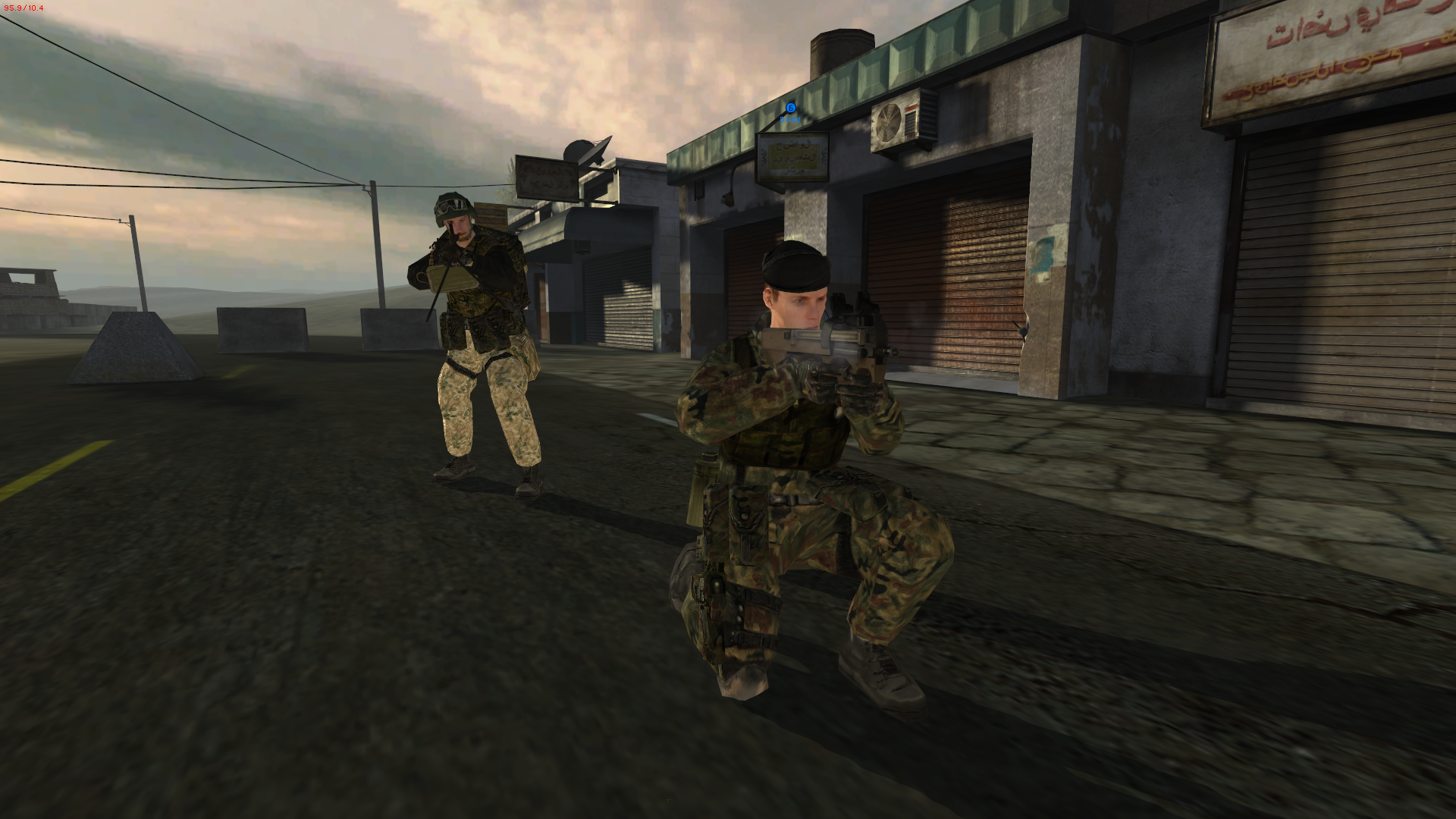 Similarly, the Polish are welcoming vehicles for the first time in the mod. So I added a Humvee to them, and a brdm2. 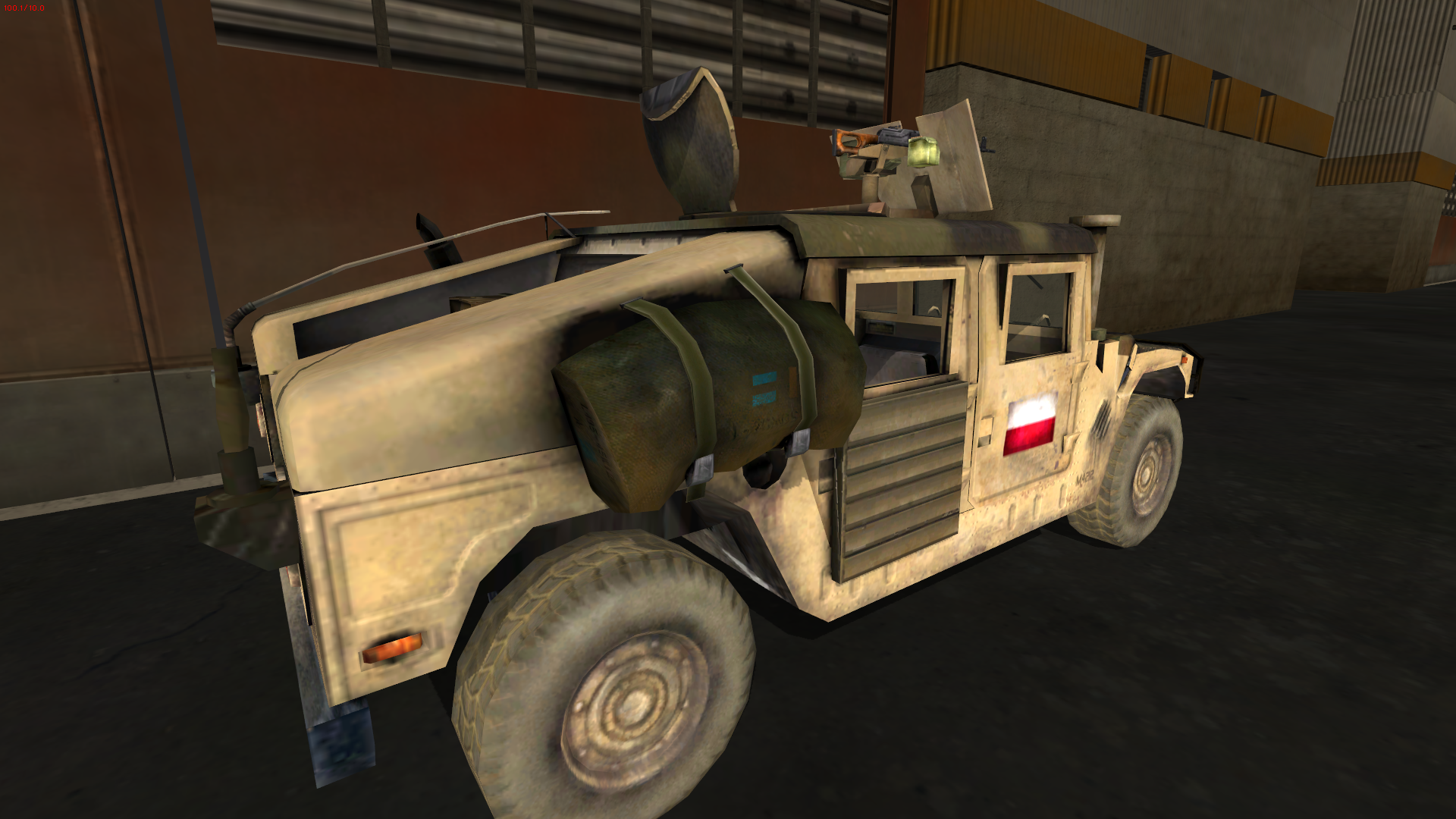 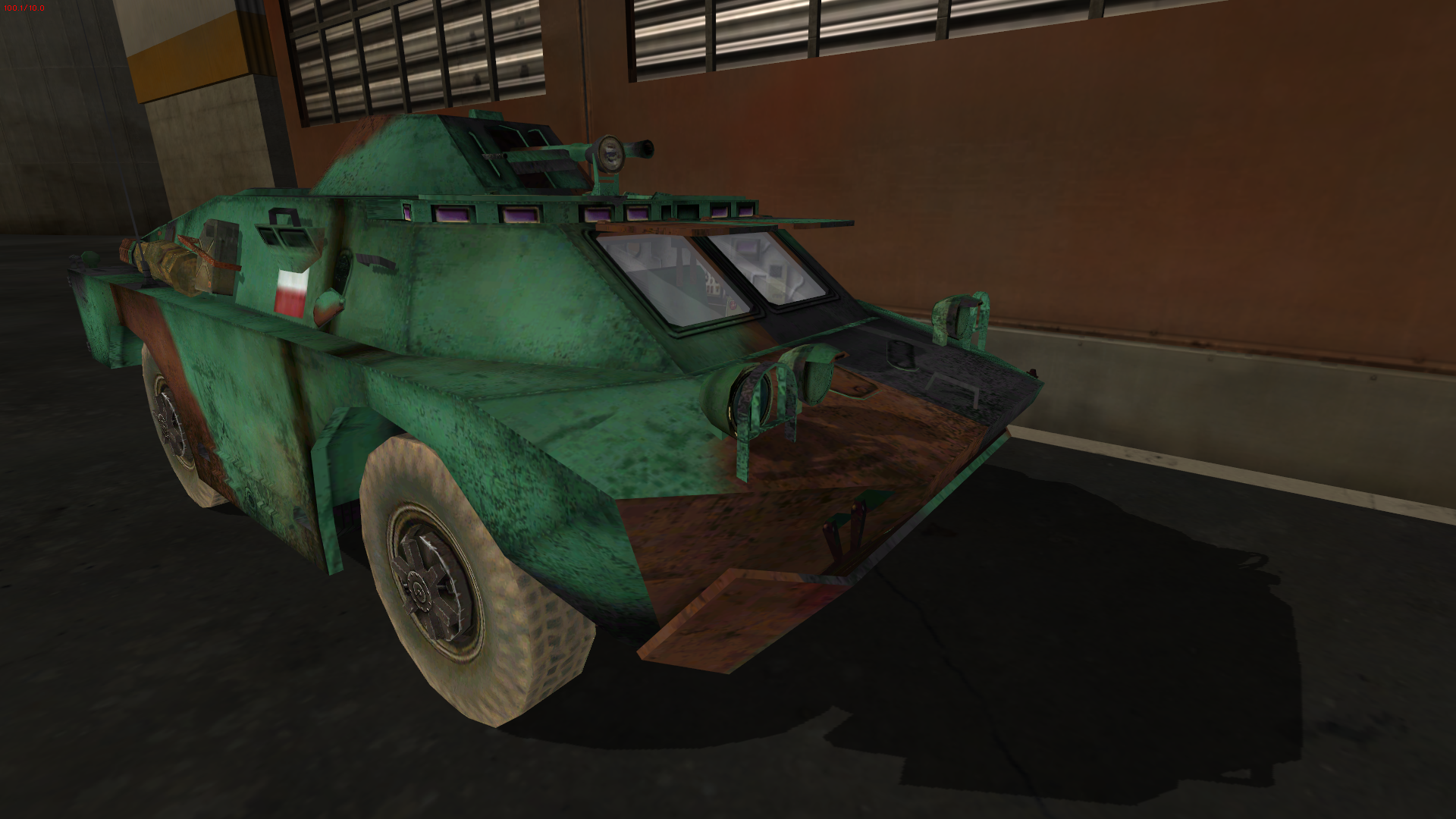 The Peshmerga have also been changed, not that it forcefully better, but because at the time of 2003, Peshmerga wasn't so millitarized that it was in the mod. The one you see in the first versions of the mod is like a more modern one. But this more modern Peshmerga will be integrated in "Arab Winter group" in a enhanced way. This one is mainly PUK (Patriotic Union of Kurdistan). 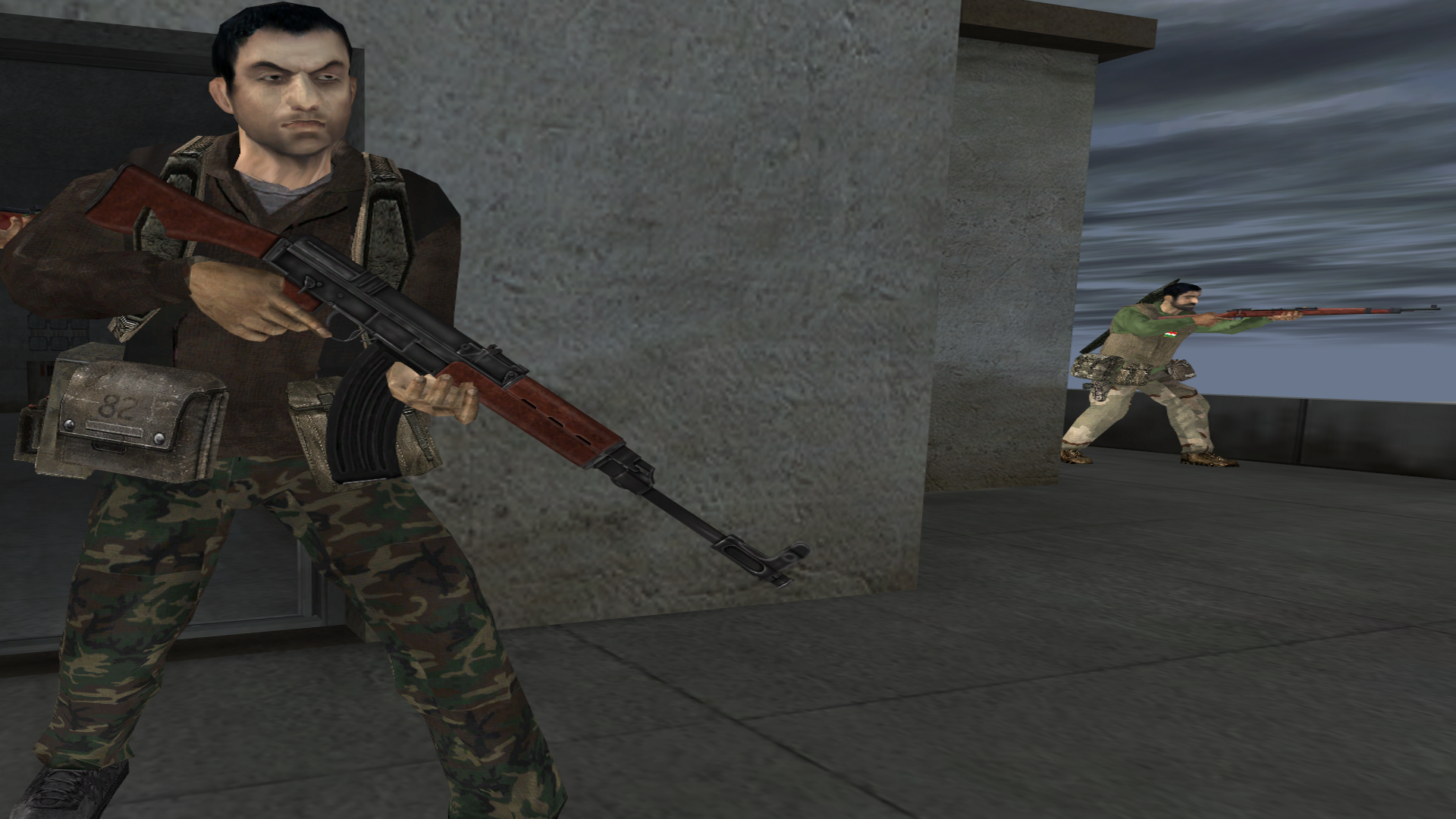 Therefore, in addition to receiving new skins, Iraqi army is now reinforced by its military police in Kuwait 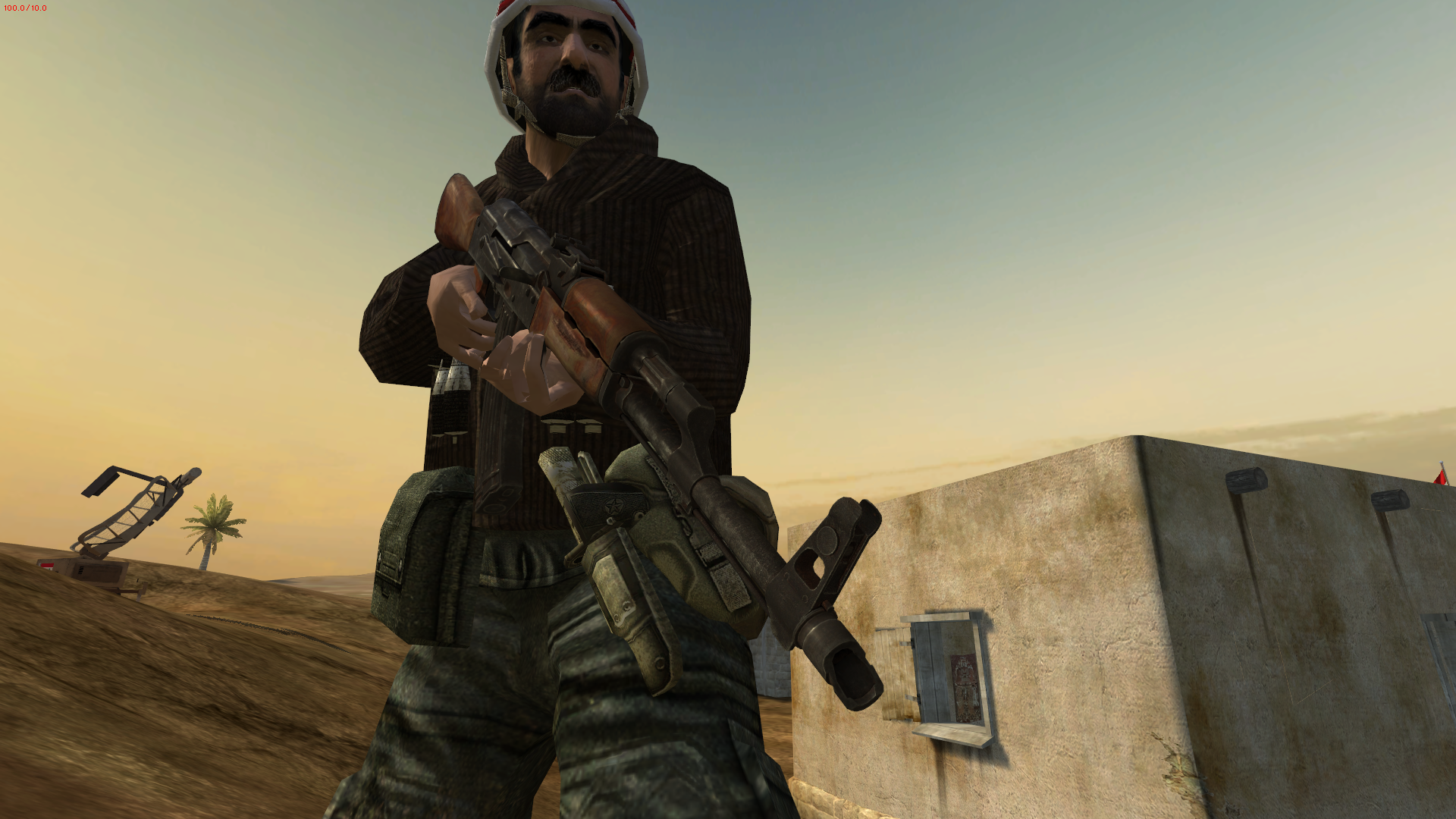 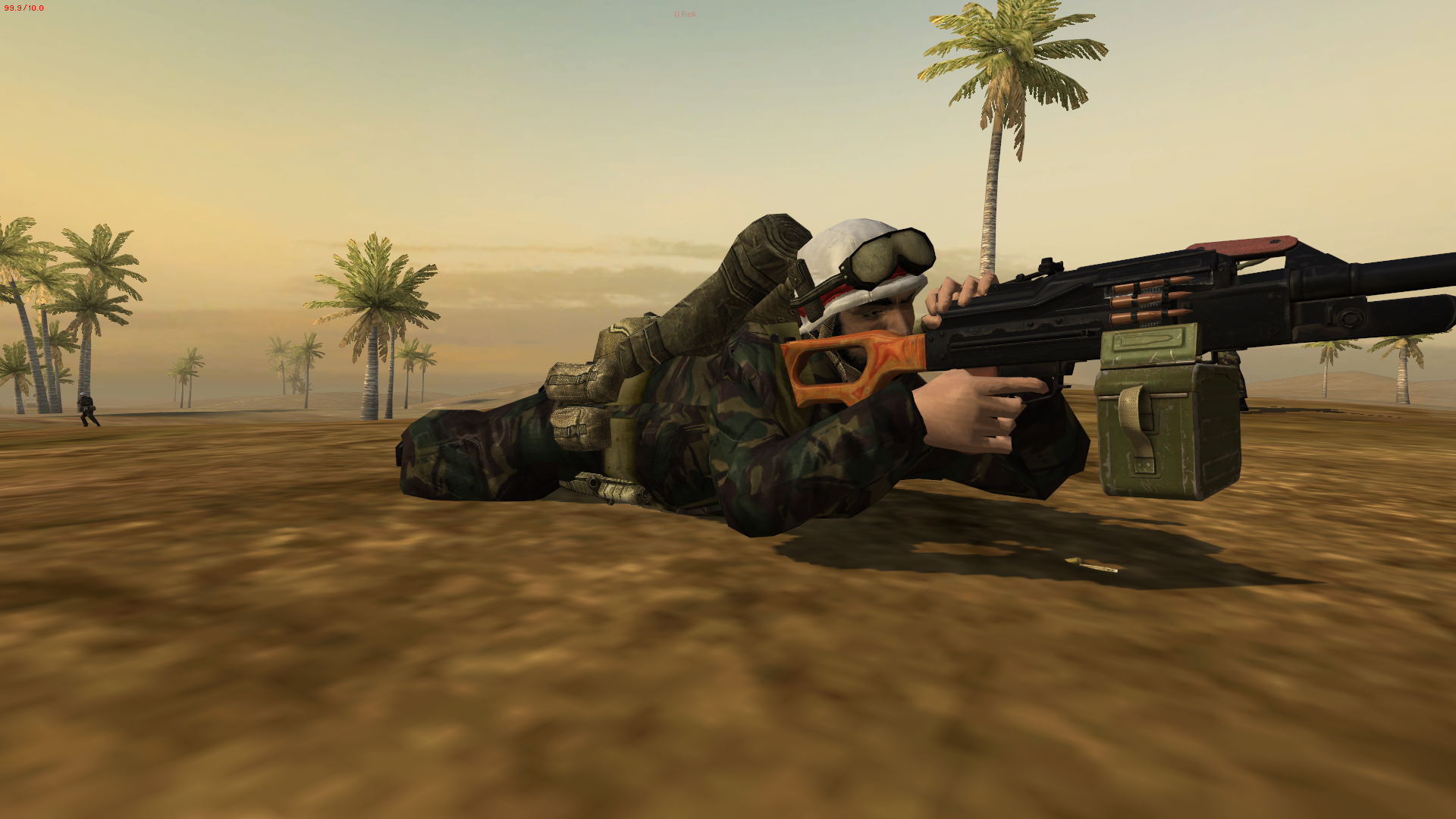 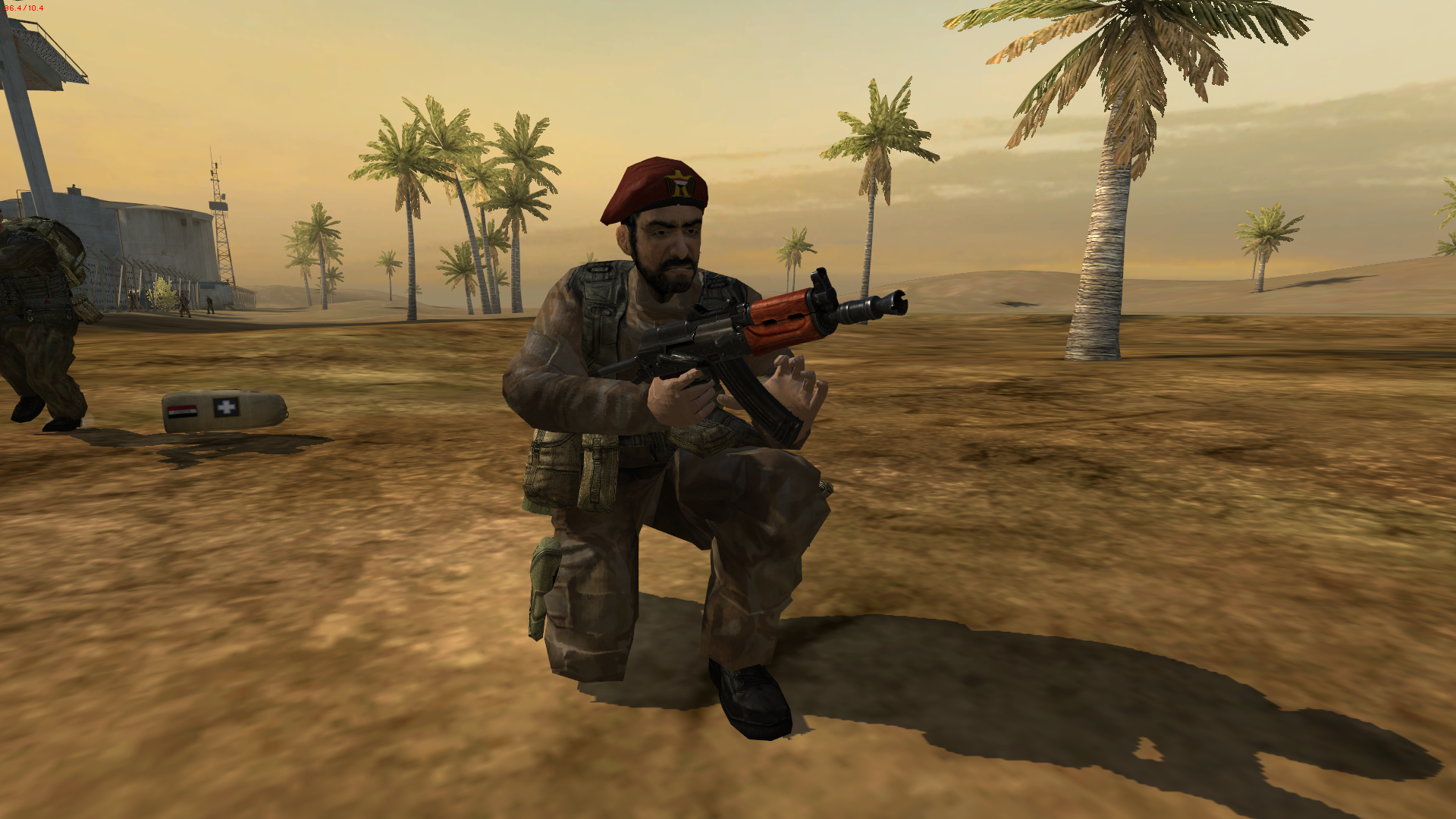 Always in Gulf War perspective, the SAS is welcoming another soldier variation (sorry for the bad picture btw) : 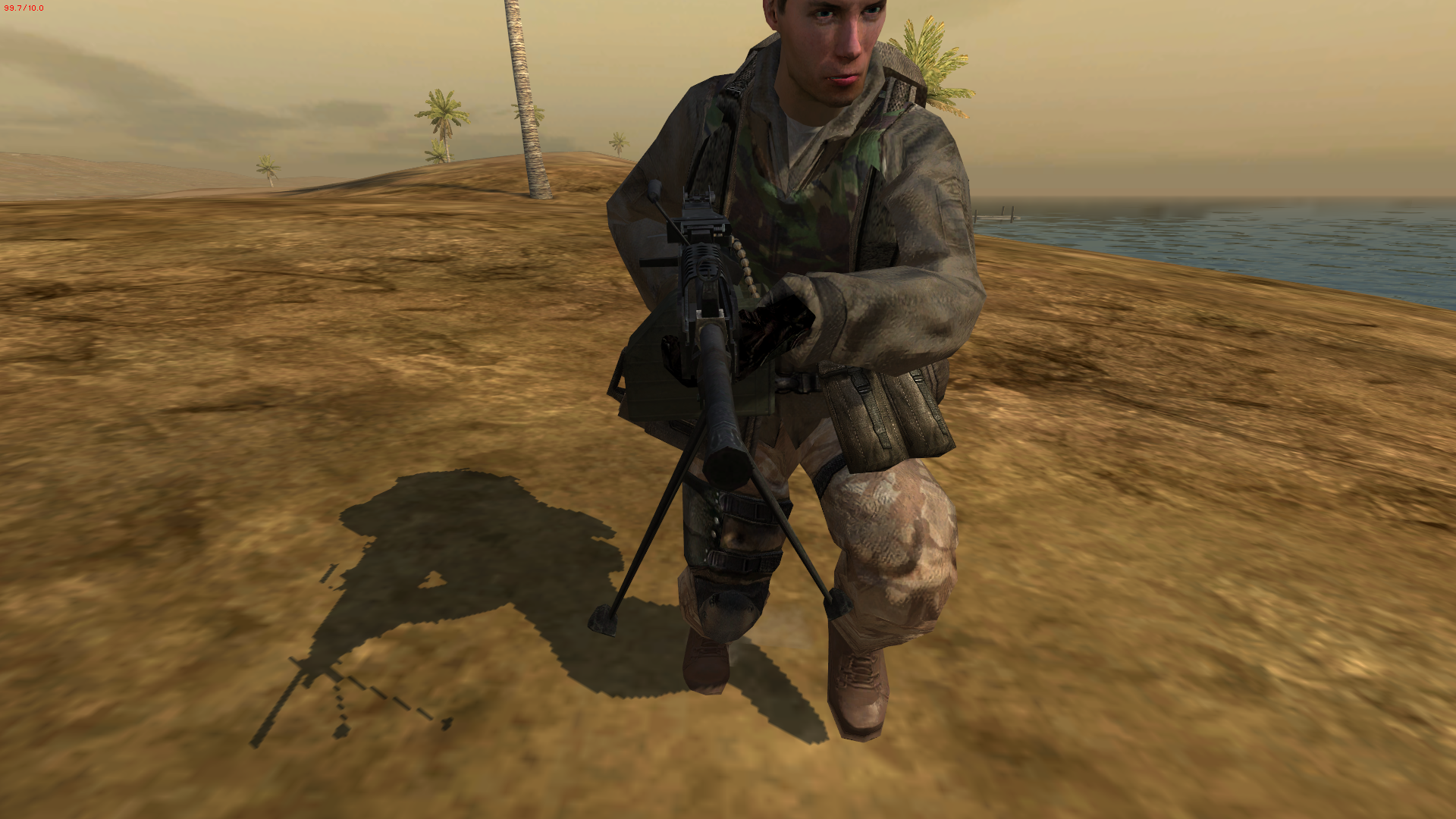 First, is the addition of the chieftain tank, provided by Fast&FPS, skin by me. At this time , Iran was the first forreign user of the Chieftain tank, using it in large number. 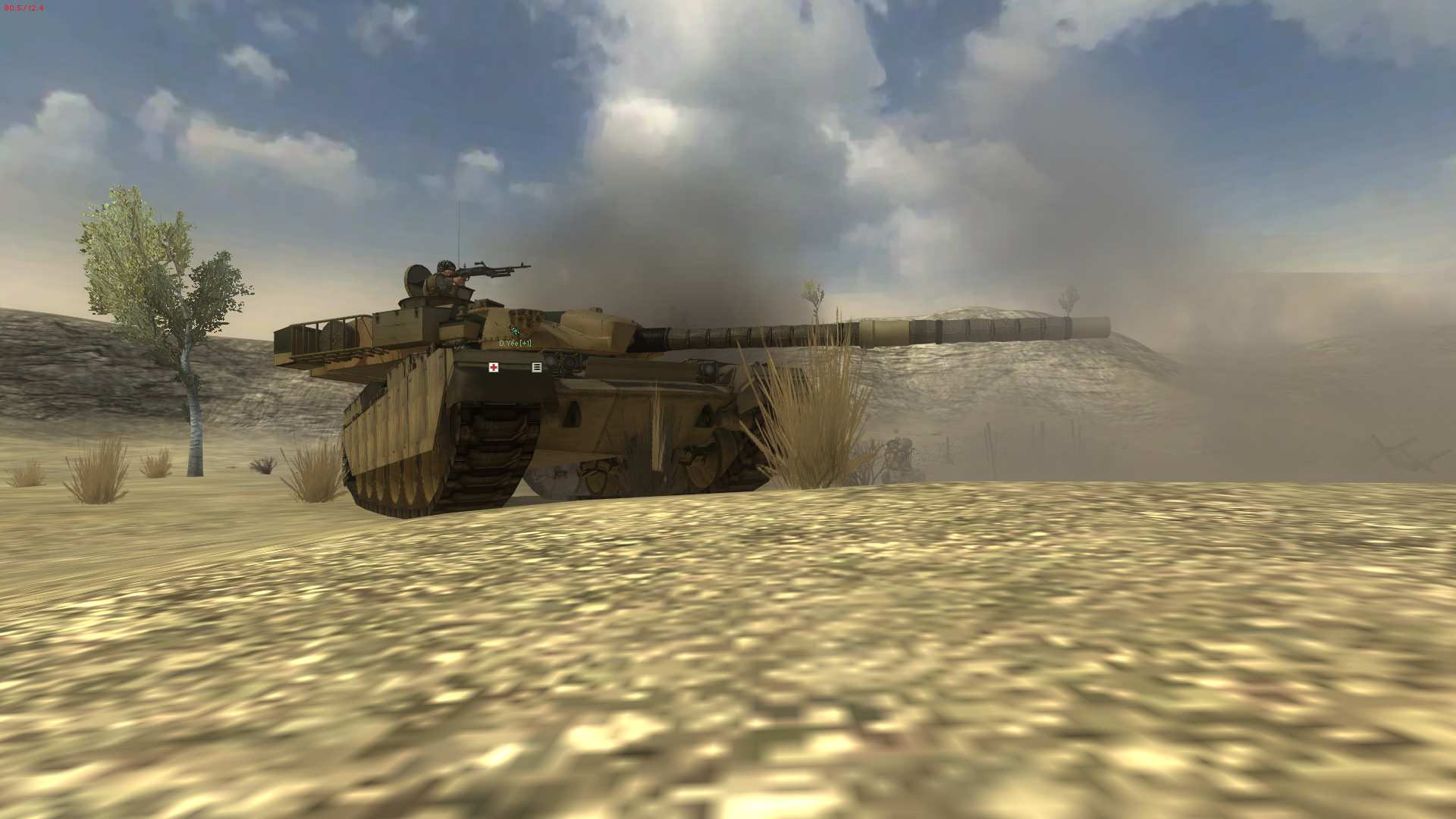 There is also the addition, of the Ferret Armoured car, provided by A_Teletuby , skin by me. 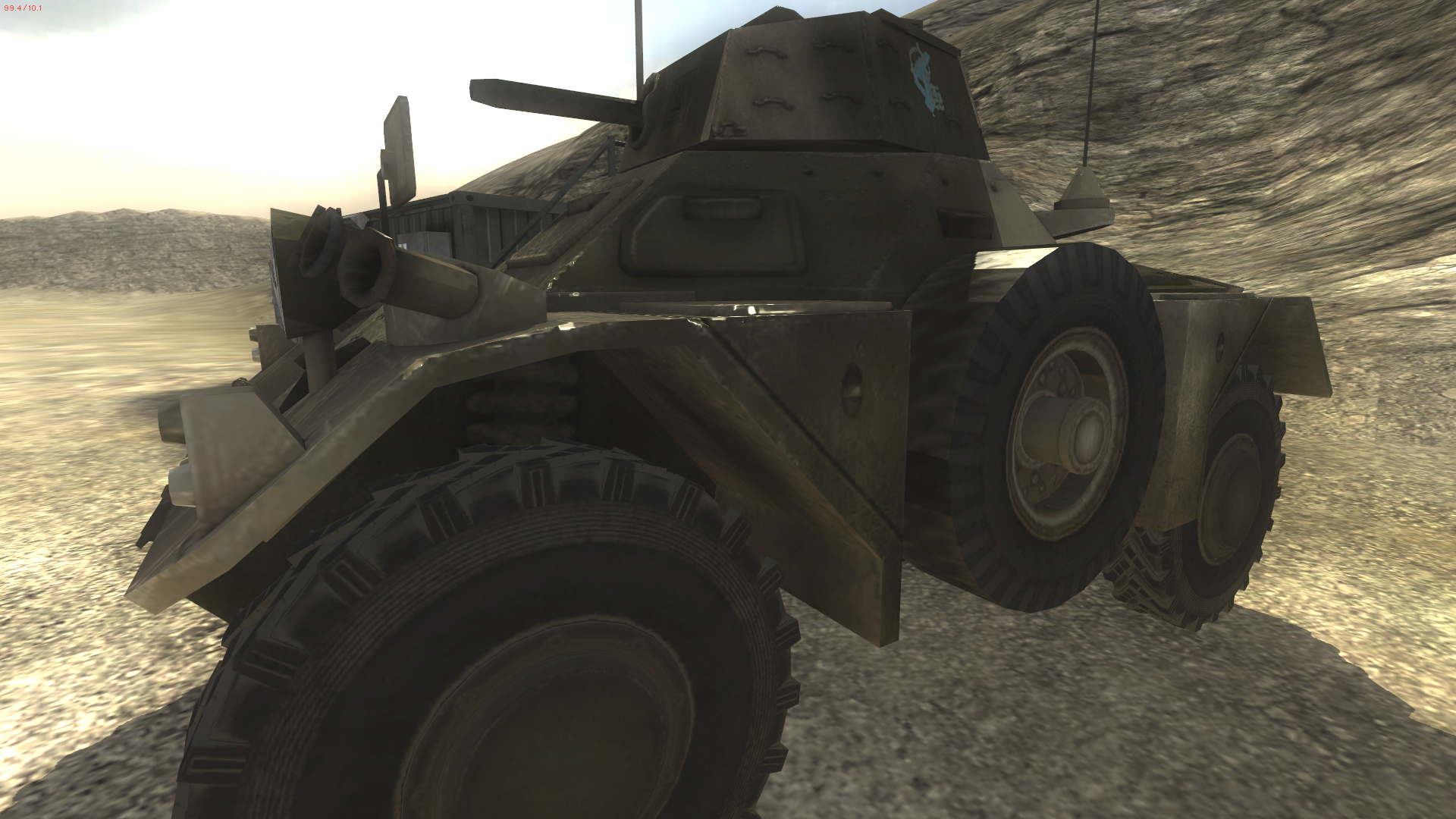 Now, we welcome a Willy Jeep, famous for his use in the WW2 and Korean War. Its was also used by Iran, due to the vehicle be delivered to the Iranian Pahlavi Dynasty before the revolution. Thanks to Anthony 817 and BfKorea team for letting me use it 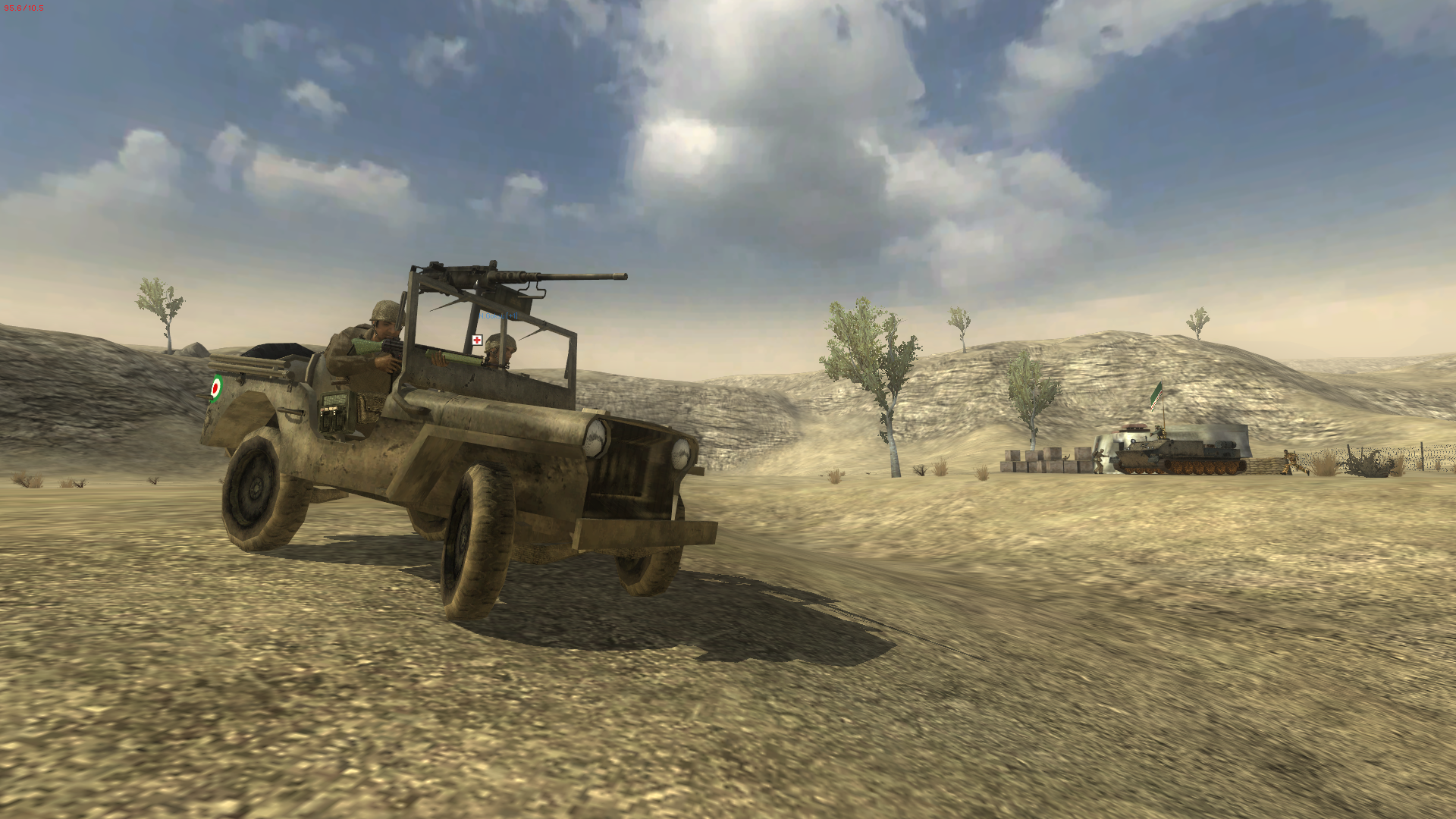 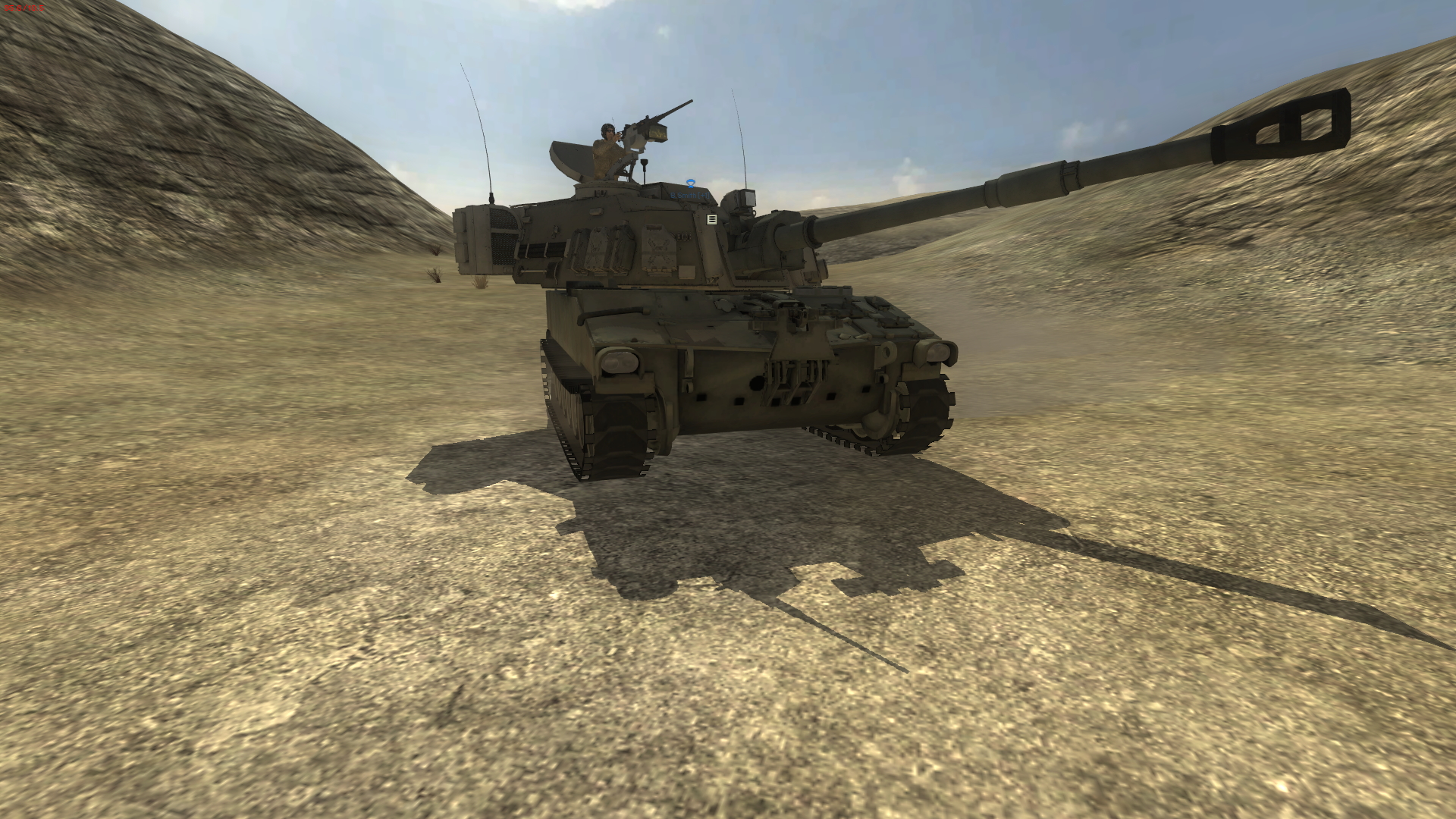 Now, let's talk about the Post-Soviet conflicts. Since the last article talking about it, I have been adding the requested conflicts as well as some enhancements, but as I said, most of my work on thi group has been lost. Here is what I still got from what i don't have showed yet :

Behind United States, Russia will be the second most worked faction in Codename Flashpoint. After the collapse of the Soviet Union, both internal and external conflicts erupted betweens many of its members, and Russia participated in some of them.

Since we added the Tajik civil war, I have decided to put Russia on it, I have then made those skins, inspired by the 201st Motor Rifle Division, who was stattioned in Tajikistan at this time, and even now. 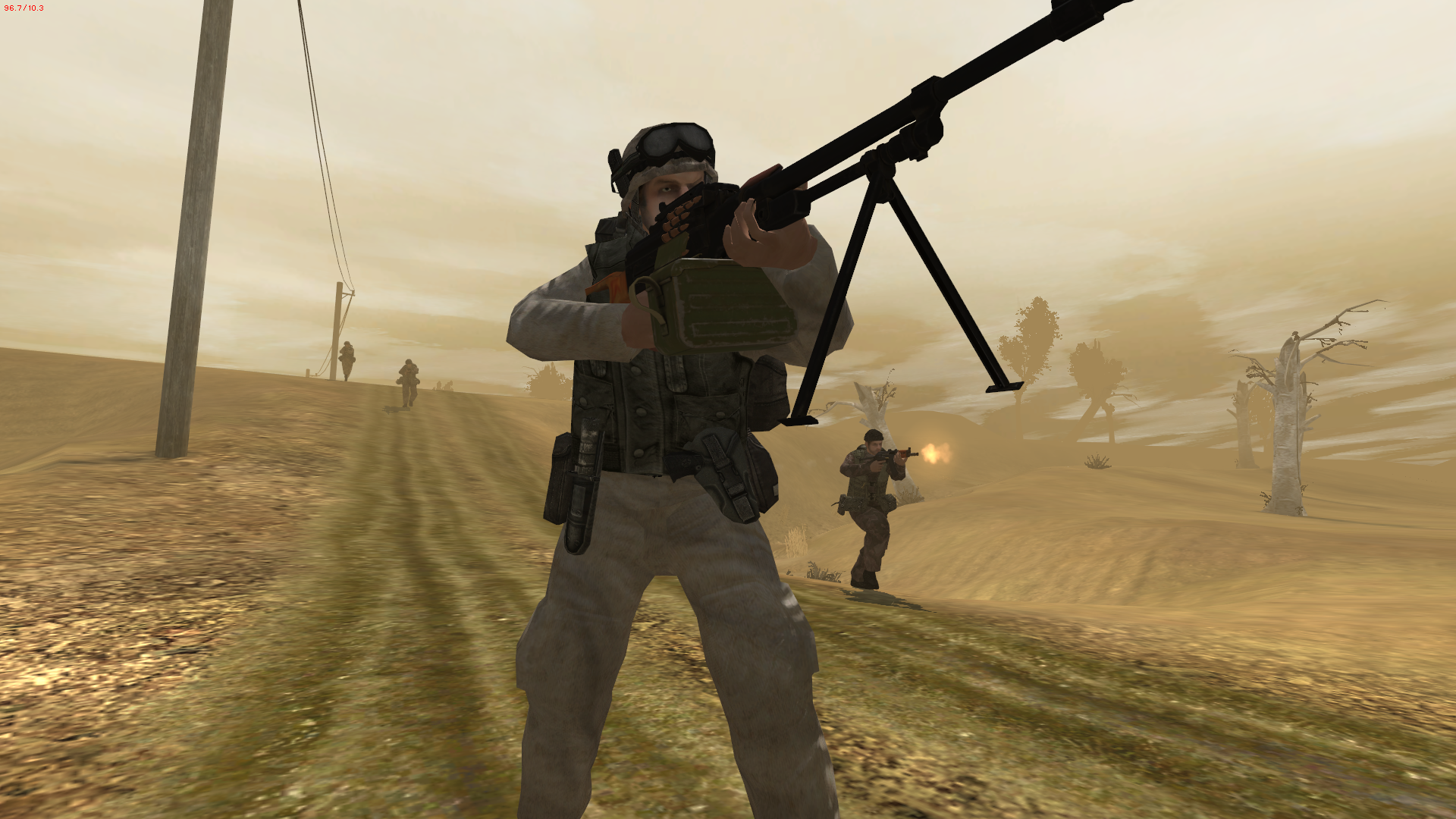 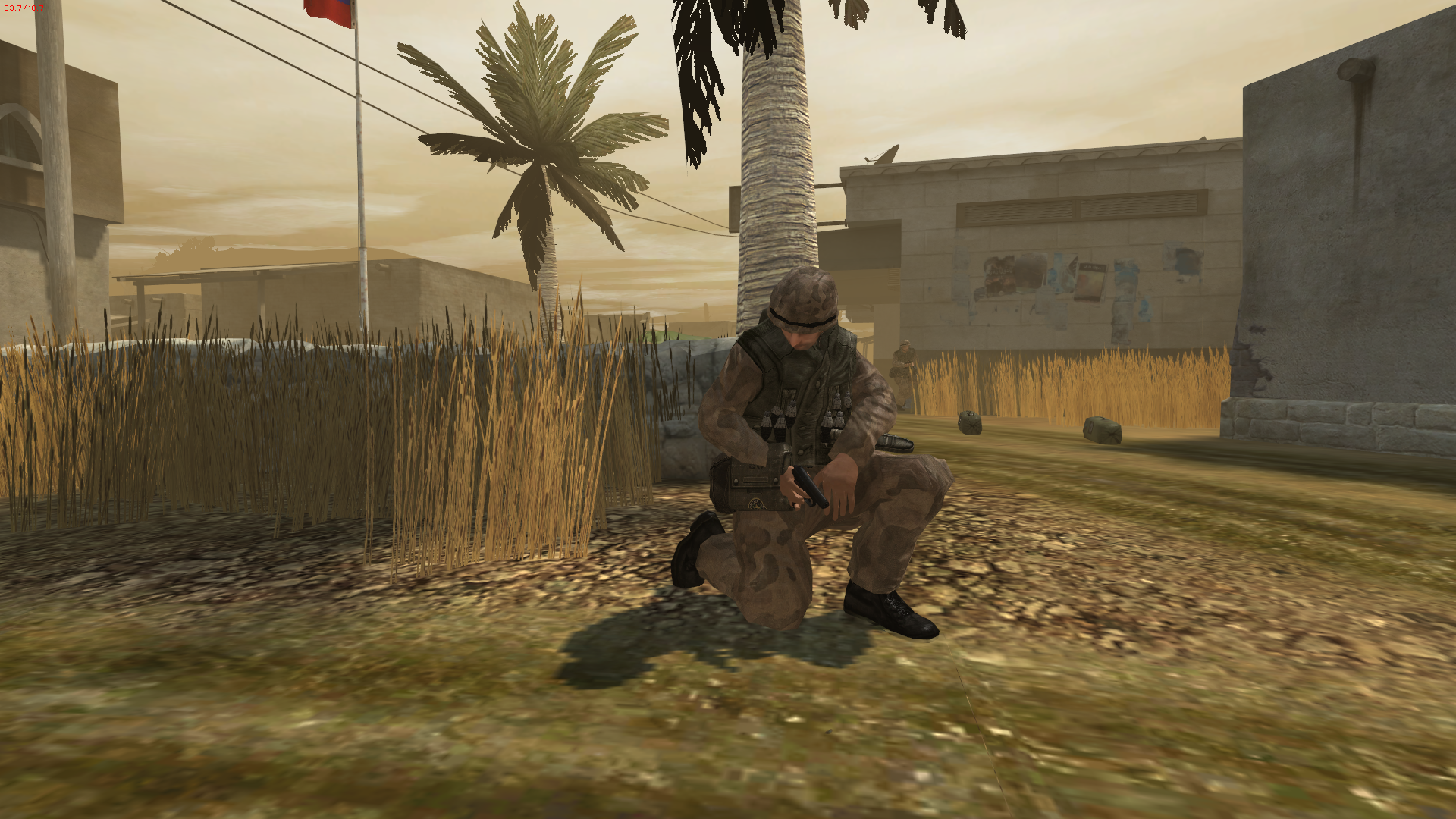 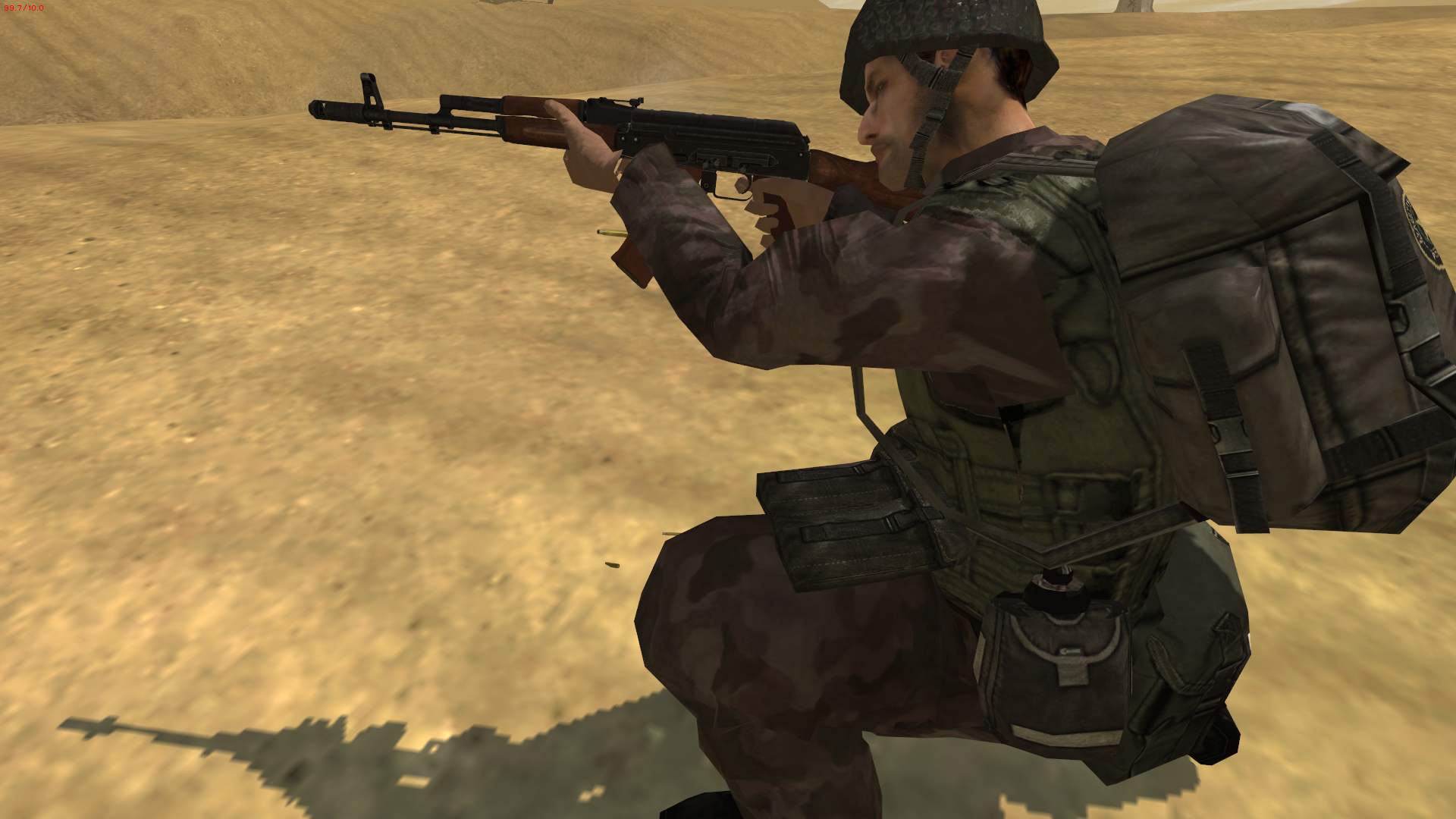 I also added them in Dagestan,inspired by Naval Infantry, as you can see the specops... 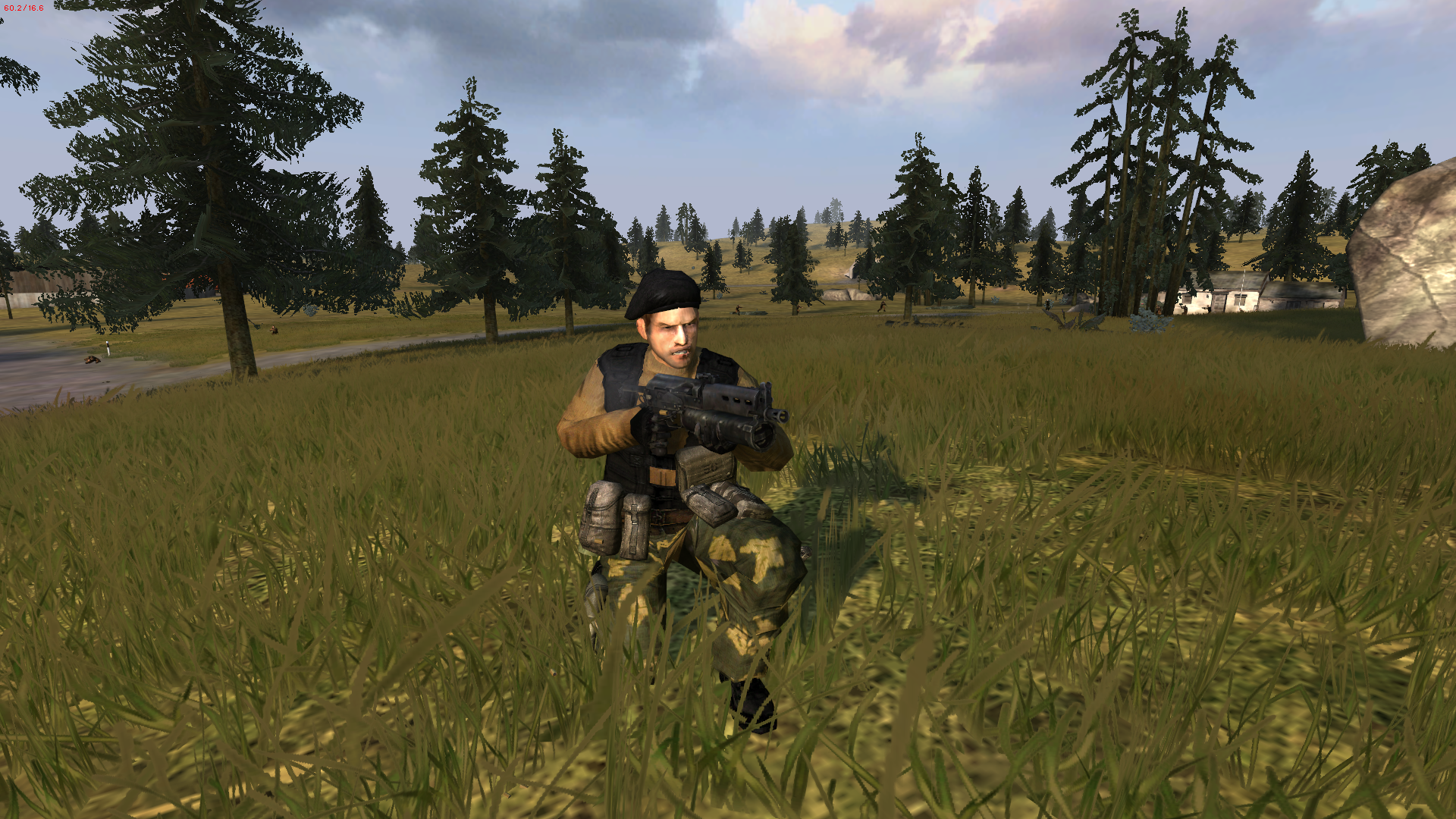 They also got a specific skin for the First Chechen war, inspired by the army. 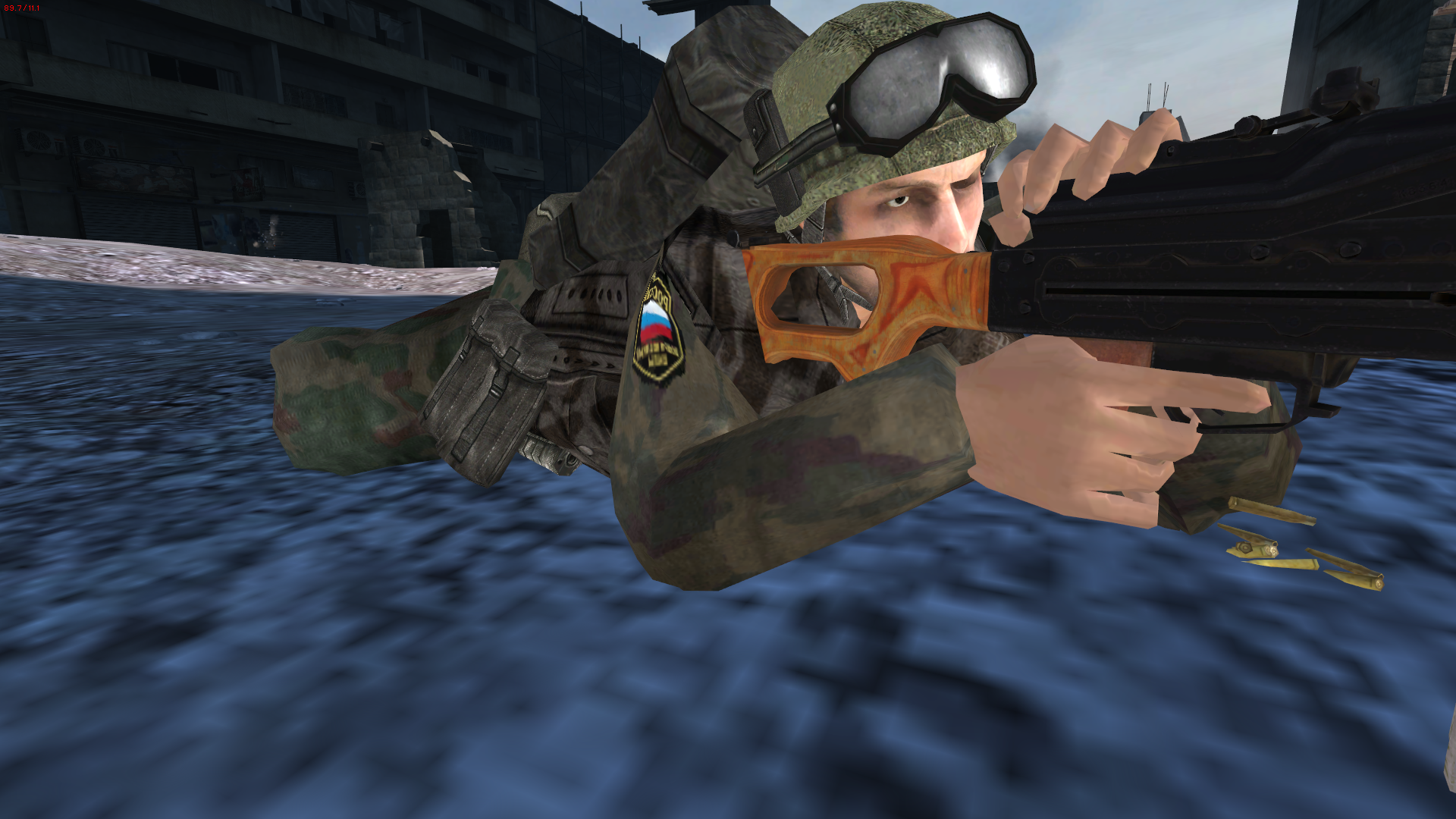 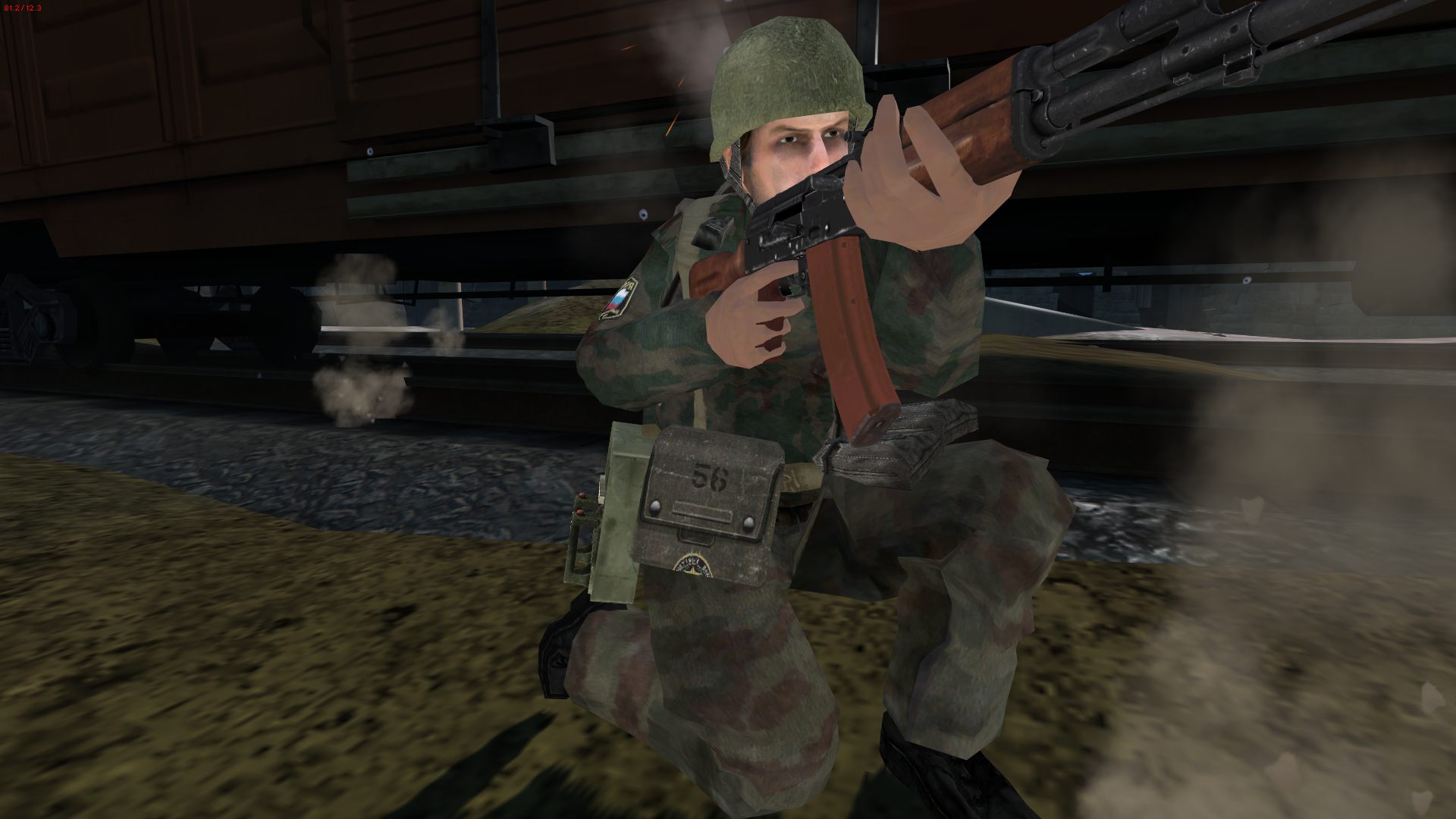 I also started to work on the Georgian civil war, and worked on both Georgian Army (actual government) , and Abkhazians separatists. 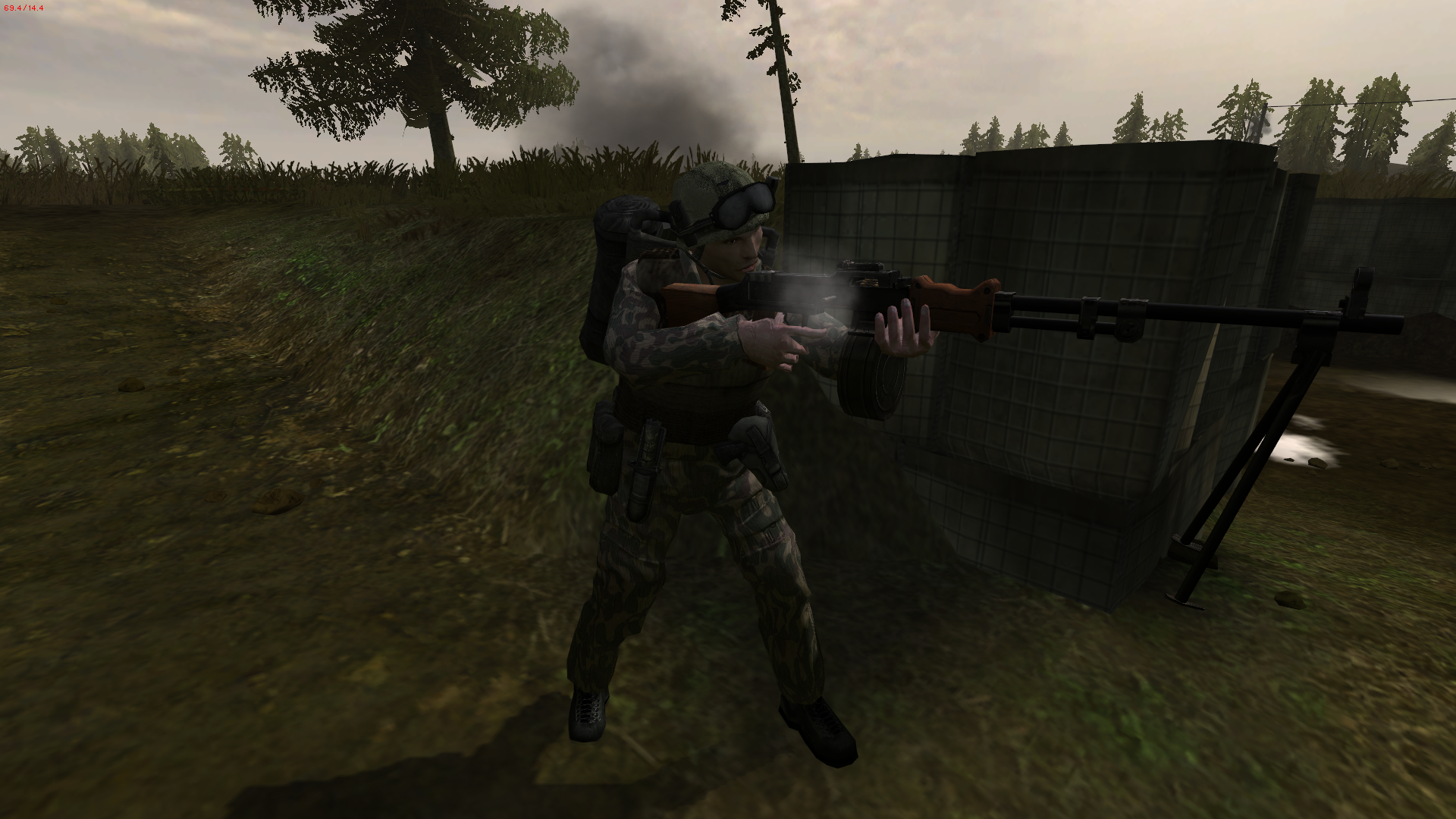 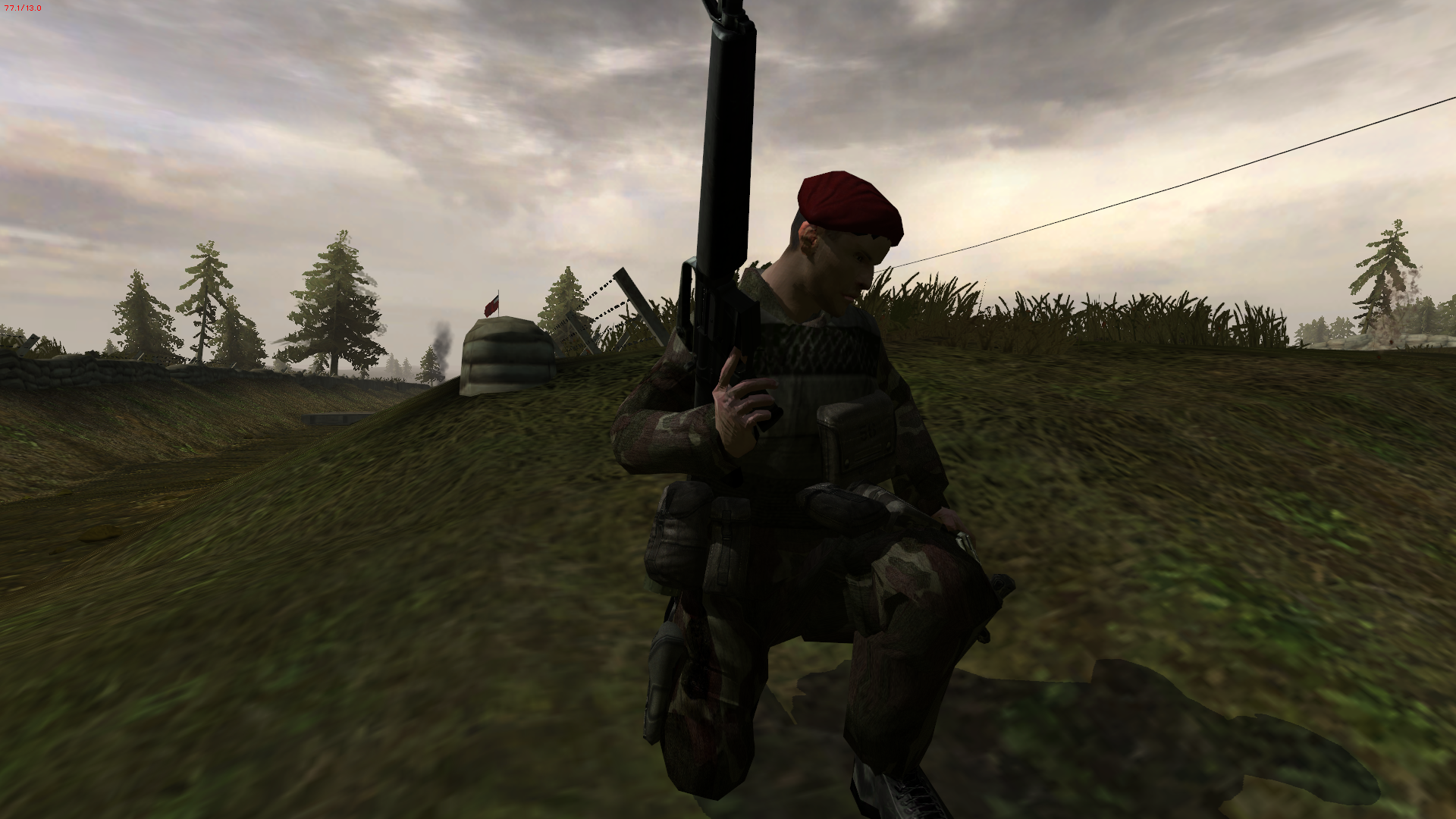 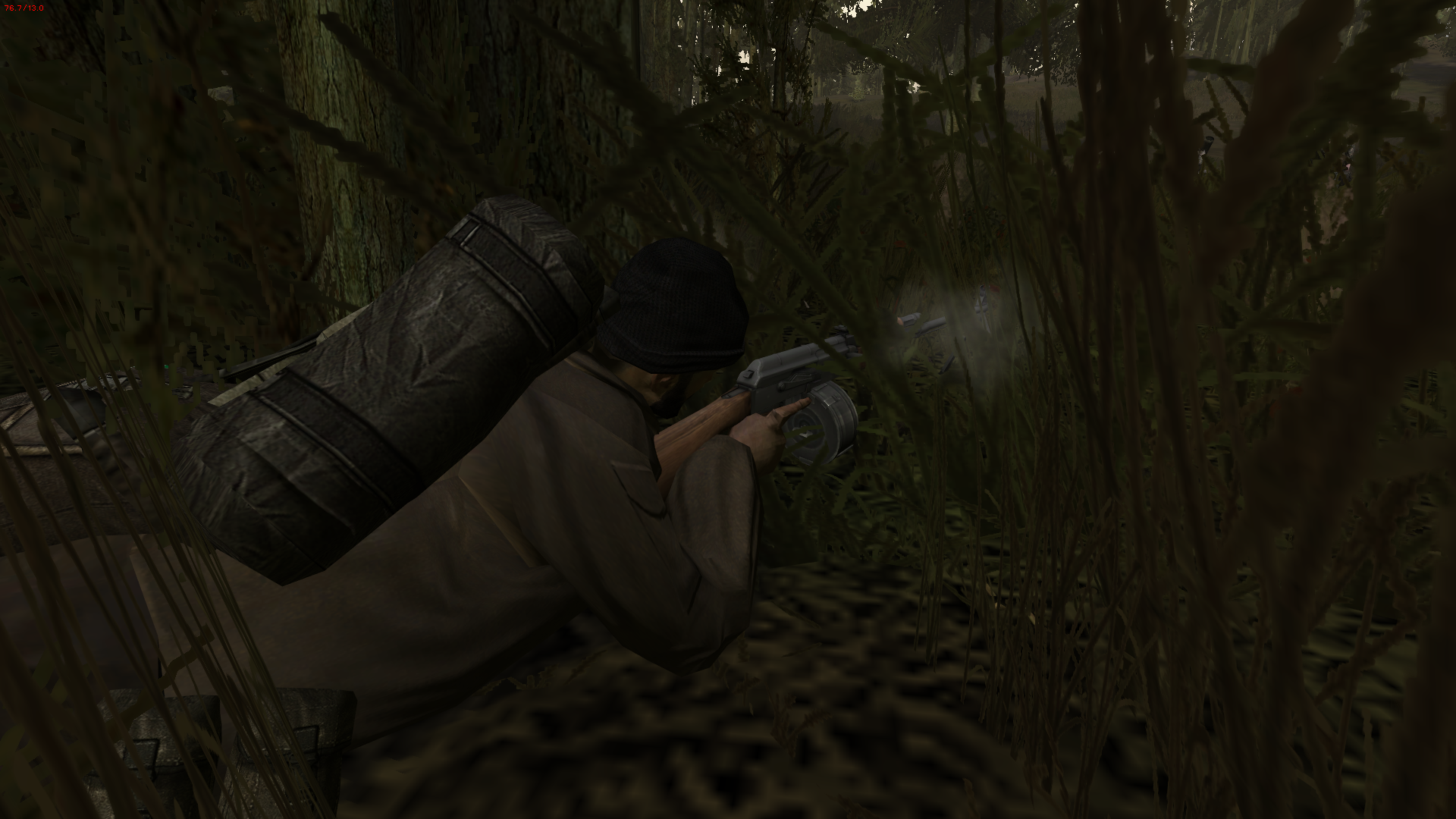 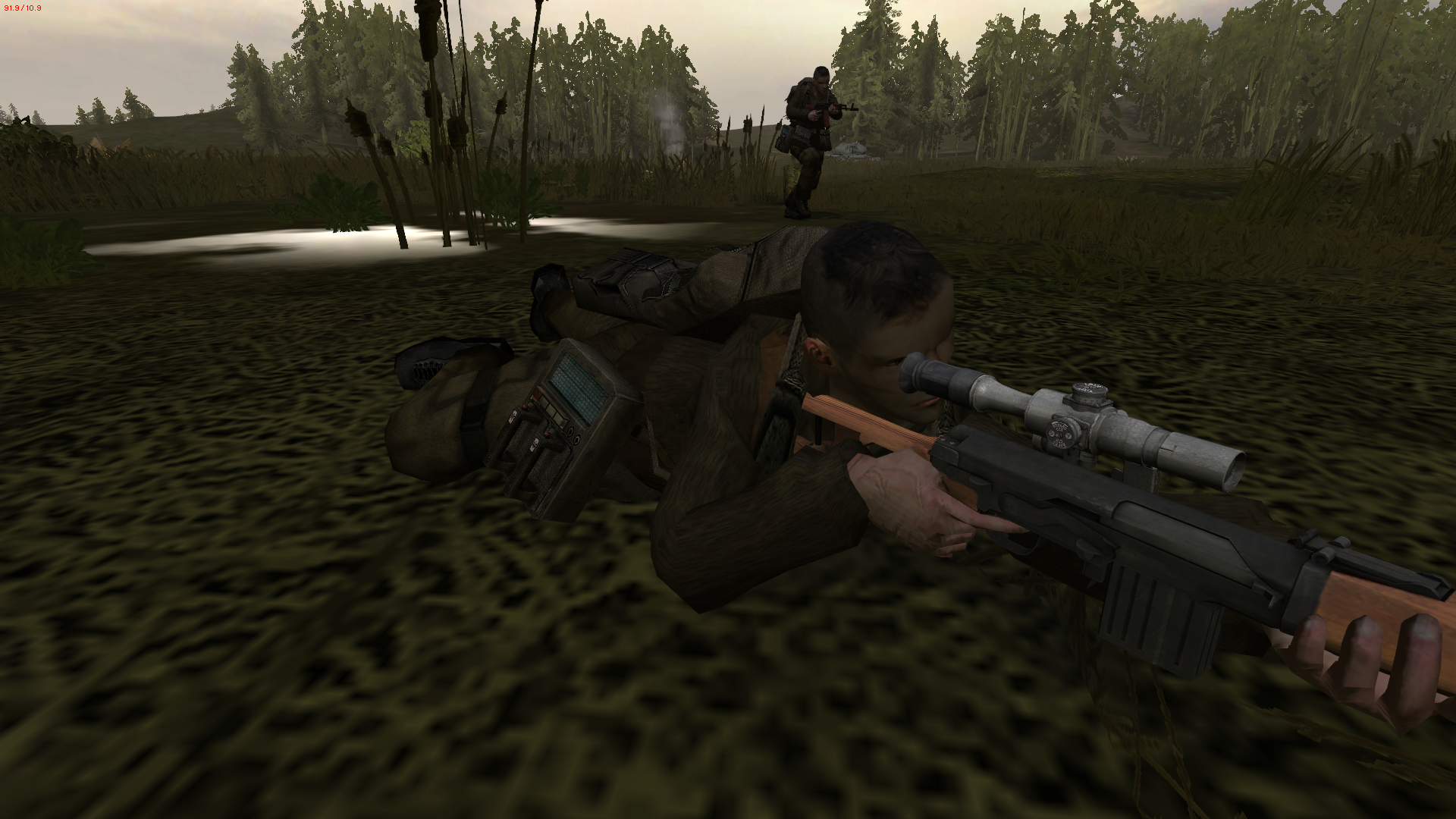 To finish, I briefly started the Nagorno-Krabakh War, which is opposing Armenia and NKR (in one faction) from a side, to Azerbaijan. I have made at least one infantryman from both sides, but they're still in wip. 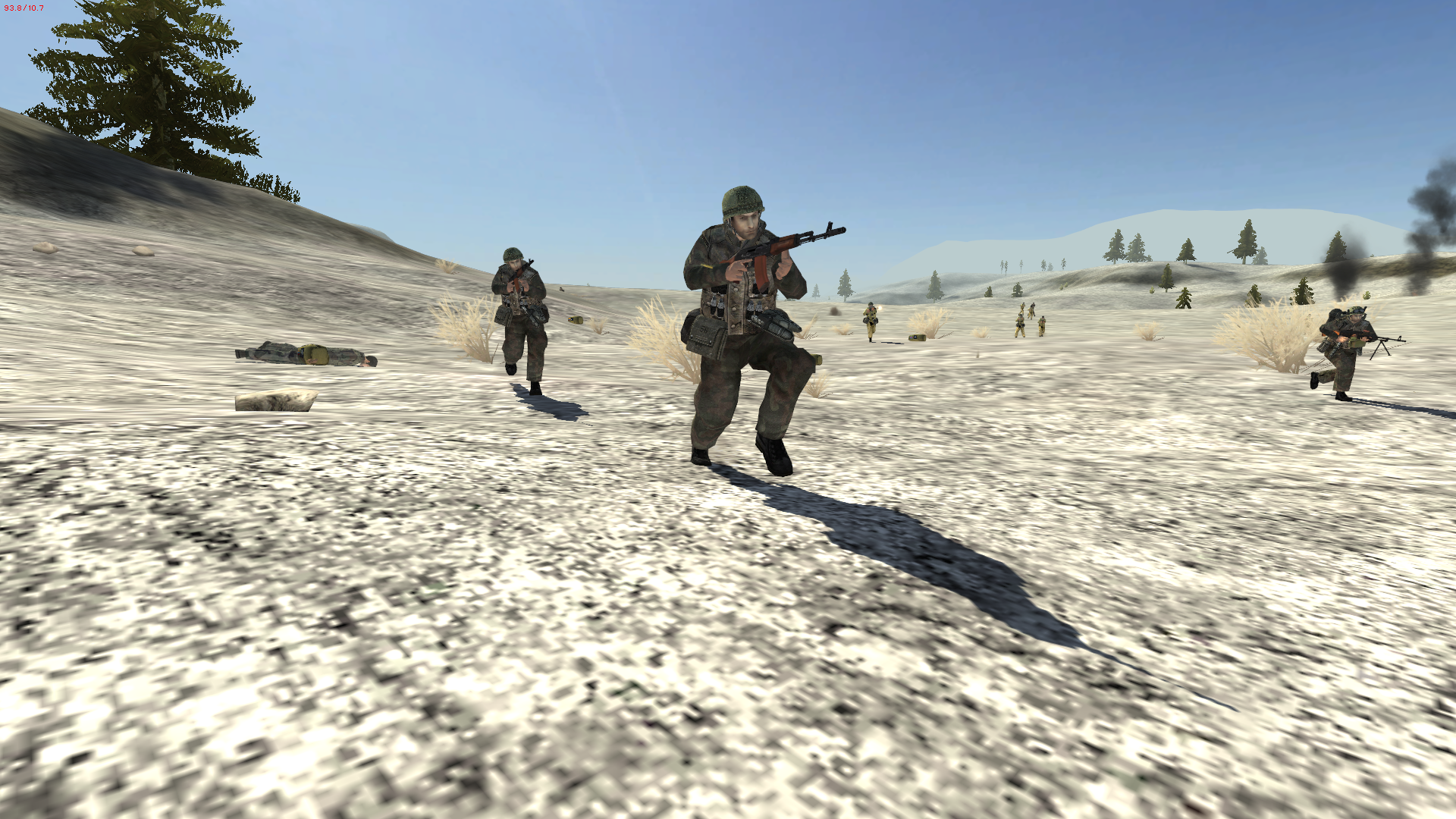 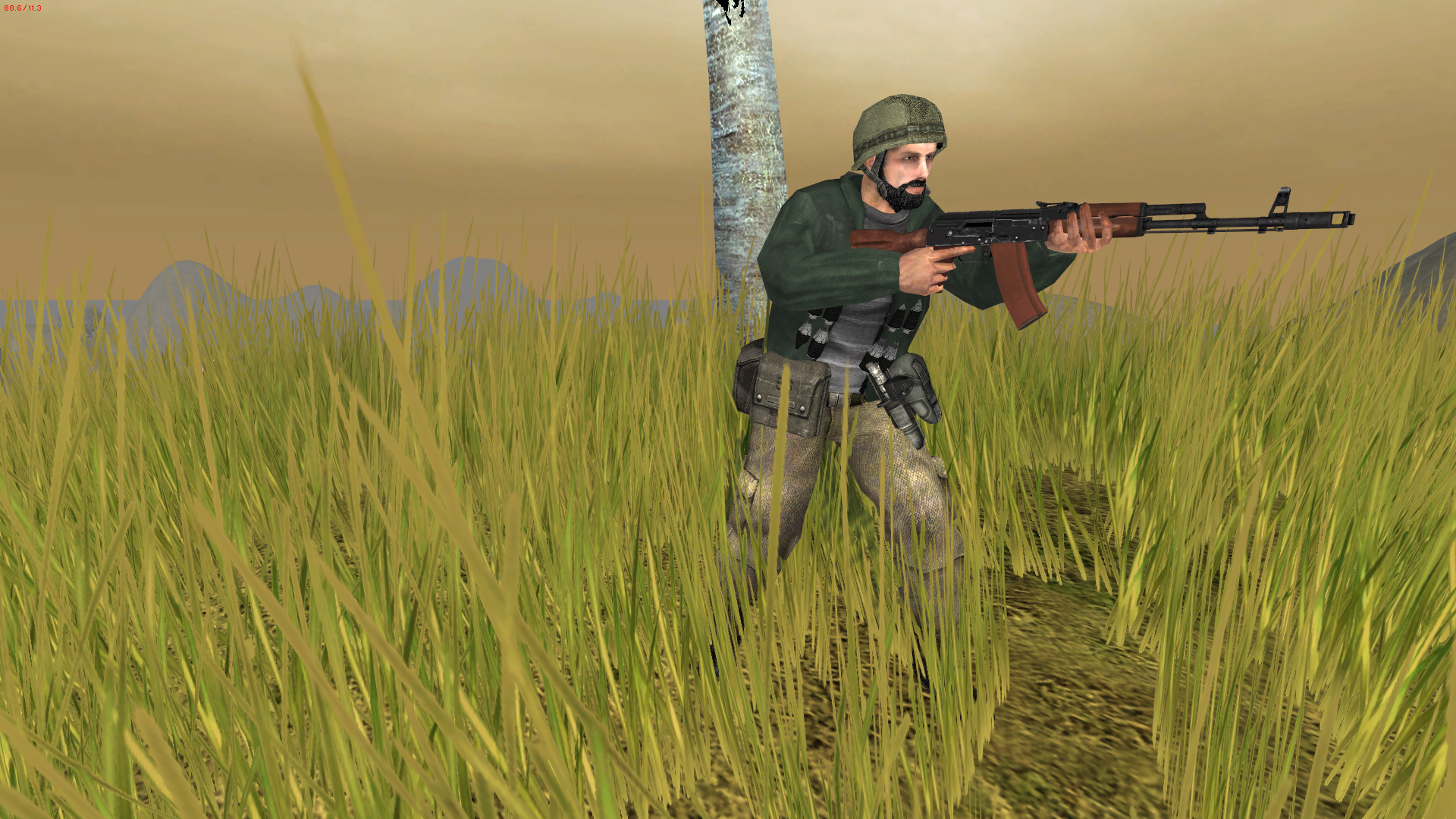 So, I think that's all I wanted to show. I said a long time ago that I was preparing a new HUD, it still have to be done. But for now, I am foccusing on finishing the main work, and hopefully, the release dates will be respected. Thank you for following me, and sorry for having written so much xD. If you have any question, feel free to ask me.

This is the sixth and last group, adding some conflicts in middle east, most being related to the Arab Winter. As always, don't take care of the weapons...

America: War on Drugs and more

Fifth Group: Conflicts in America. The War on Drugs is an American term usually applied to the United States government's campaign of prohibition of drugs...

Here is the group 3 : Here we added some Asian conflicts, one of them being a fictitious version of an existing conflict (tension and accidents conflict...

This little patch correct the crash on Imposed war maps, instructions about installation are inside the package.

Urban Conflict 1.3, including the new Iran-Iraq and Persian gulf wars and some adjustments.

Urban Conflict 1.3, including the new Iran-Iraq and Persian gulf wars and some adjustments.

This is the 1.2 patch, adding 5 new maps(including 2 vanilla remake) and fixing some existing maps. Install full version 1.0 > install patch 1.1 > then...

Yes, it's a pity of course that the mod is not completed... So many good ideas.

This mod had great potential! A pitty it died so soon

This is what happens to mods that have a goal thats too big. Should have started small and grew from there. But now it ended up like other mods that promised too much--it died.

What has happened to this mod, according to the chart above asian, african conflicts was planned to be released in dec 2020 but now it's 2021 dec. WHY THE DEV HAS NOT SHARED ANY INFO REGARDING THIS TILL NOW !! ?.

Karabakh war in this mod ?

we really dont know and i guess its a dead mod :p

Can someone tell me what happened with this update that was planned first for 12th then for 21th of July of 2020. ?

It's March 2021 now and there is still no news and communication. What happened?

Hey bro, can I help you with the war on drugs?
send me a mail if you want help marcorson99gmail.com

Really enjoyed the first release of the mod and after the patch it runs really smooth.

It adds a lot of factions that are not in any other mods; Polish army & Peshmerga to name a few. Nice weapons, maps, soldiers & vehicles.