In this episode of Newscast, we take a look what the TI team has baked up during the last few weeks.

November and December have been a busy time for TI. We made it to this year's Top 100 mods, got interviewed by CnCSaga.de and introduced a whole new Tech Faction. And to top it off, we're about to hit the next release in just four days!

In our last feature, we briefly analyzed the new Forsaken faction, their origins and their structures. This time we survey their infantry and vehicles, as well as a couple of upgraded GDI and Nod units that have been rolled out into production. 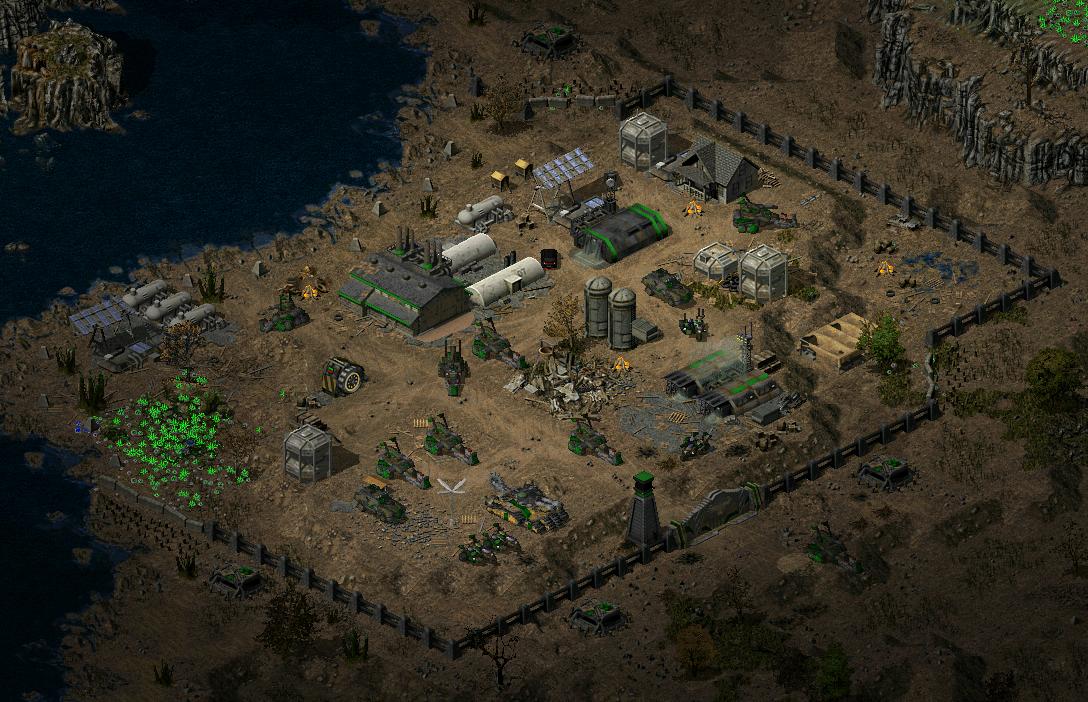 Image of a Forsaken outpost.

Generally speaking, the Forsaken units are not as tough as those of GDI and Nod, but they compensate this with more firepower and better environmental adaptations. One example is the trait common to all mutants and Tiberium life forms - the ability of their bodies to repair and replace damaged tissue by adsorbing Tiberium particles, and the immunity to Tiberium toxins that comes with it. In other words, any mutant can pass through a Tiberium field unharmed and regain health by resting on a Tiberium field. Many Forsaken vehicles are also light enough to pass through Tiberium vein fields without awakening the veinhole monsters. 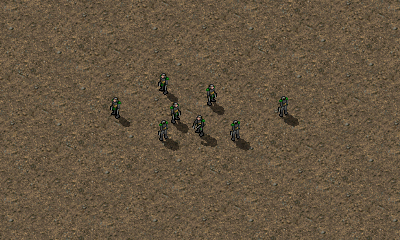 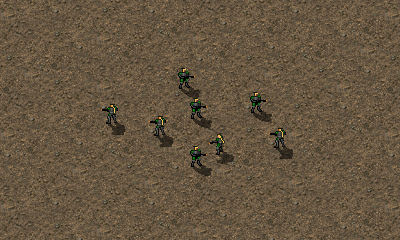 Warriors are one of the most common Forsaken troops. Despite wielding only light armour and dual TMP machine pistols, Warriors are fierce soldiers trained in real combat. It is said that for every one Forsaken Warrior you need five GDI Rangers or Nod Militants.

Upon ranking up into veterans, Warriors are upgraded with a portable cloaking device. While functioning identically to Nod's stealth technology, salvaged samples suggest the devices are actually product of custom Forsaken research and craftsmanship, demonstrating their resourcefulness. How they've been able to replicate such technology remains unknown.

Forsaken Skirmishers are an all-female band of warriors armed with RPG/homing missile launchers. They are the primary anti-tank and anti-air support units of Forsaken troops.

Like Warriors, veteran Skirmishers are upgraded with a portable cloaking device. 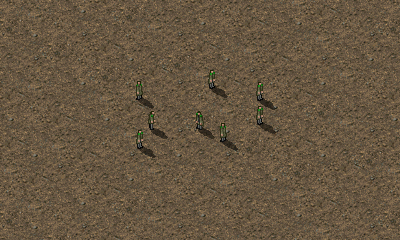 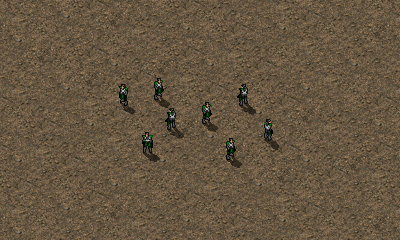 Martyrs are sickly mutants near the final phases of their Tiberium transformation. In order to save their fellow mutants from the burden they would become, they have chosen to give up their lives in suicide missions. Their sacrifice is highly venerated among the Forsaken.

Martyrs are often packed with explosives and used to carry out suicide attacks, detonating themselves upon reaching the target. Due to the irregular supply of Martyrs, only a limited amount can be trained at a time.

"The Reaver" is an infamous and highly experienced Forsaken commando whose real identity is a mystery. His weapons of choice are his customised MAC-10 machine pistols and a portable cloaking device, allowing him to remain invisible to the naked eye. Only when using his weapons is the cloak momentarily disabled.

However, the Reaver's most dangerous feature is his ability to commandeer any vehicle. He can sneak up to a target undetected and dispose of the crew in an instant, granting him complete access of the hijacked vehicle. 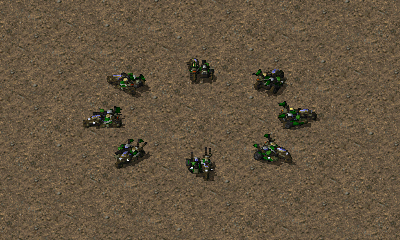 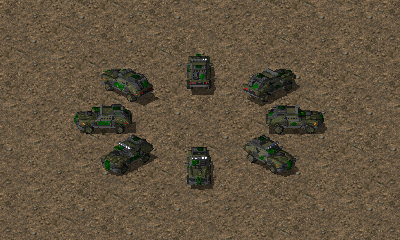 Forsaken Trapper Cycles are light-weight, high-speed motorcycles excelling at hit-and-run tactics. Most are built from salvaged Nod Recon Bikes, their missile launchers replaced with a sidecar-mounted automatic grenade launcher that can switch over to anti-infantry web rounds. These vehicles are often used to harass fortified enemy positions and to pin down potential hostages.

The Drifter IFV is a robust yet versatile transport. Using its forward-pointing machine gun, the Drifter can provide suppressive fire while driving straight to and past enemy lines. The vehicle has room for up to four passengers. 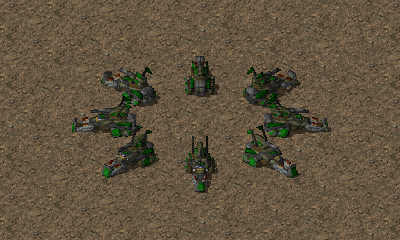 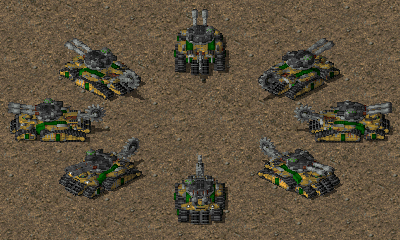 While Forsaken Brawler Tanks are not as durable as military-grade battle tanks, what they lack in armour they make up with firepower. Their powerful anti-armour cannons can out-range and out-power conventional tank cannons, but their slow rate of fire often restricts them for flank attacks, hit-and-run tactics and fire support.

The Leviathans are the largest and most powerful of known Forsaken vehicles. Despite being haphazardly crafted from scrap metal and various industrial and military equipment, these beasts are surprisingly resilient, demonstrating the ingenuity of Forsaken engineers and mechanics. Leviathans are armed with two cannons that fire special, explosive shrapnel shells, acting like enormous shotguns. While inaccurate, these shells are particularly devastating to infantry, light vehicles and structures.

The Forsaken Ambush is a powerful ability reserved only for esteemed Forsaken commanders...or the highest bidder. It consists of a team of elite Forsaken Warriors and Skirmishers who burrow and attack a chosen target using ad hoc underground passages. This allows them to bypass enemy defences and even Sensor Arrays.

Infantry touched up by Crimsonum, voxels and cameos made by ErastusMercy.

These are all the Forsaken armaments we have reliable intel on for now, but rumours and unverified reports suggest they may have more surprises up their sleeves.

Next up are some new products from GDI and Nod's R&D. 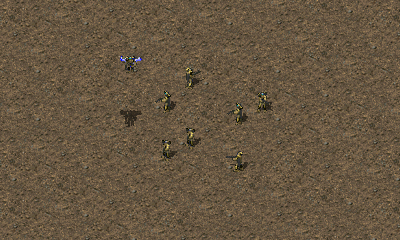 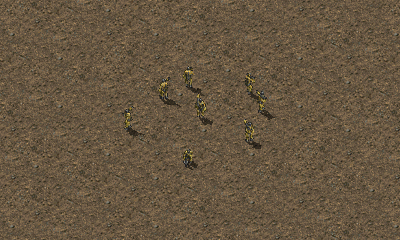 Marauders used to have rudimentary hover packs that allowed them to glide over the ground at high speed, but they weren't able to actually fly, until now. Joint GDI and GT research has managed to produce the first mass-producible portable jet-packs, enabling Marauders to traverse any terrain.

Meanwhile, Siege Troopers have been upgraded with new exosuits that should help them better carry around the heavy mortar equipment. 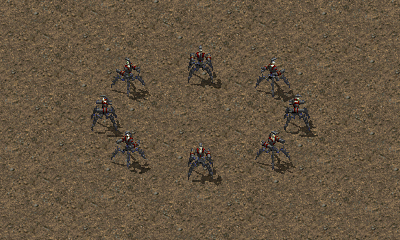 The Brotherhood of Nod has unveiled a new, larger walker body for their Cyborg Reaper units. The new Reapers are constructed in Fists of Nod, but they still require a Hall of Faith to supply the cybernetic technology. They are no longer classed as infantry, as such they're unable to fit inside personnel transports. To compensate for these drawbacks, the new Reapers are significantly faster and fire more missiles per volley than before.

Models created and animated by Nolt.

Last but not least, we have some new battlefields opened by ErastusMercy and our newest member, TrainStation. Click the map preview for a full image. 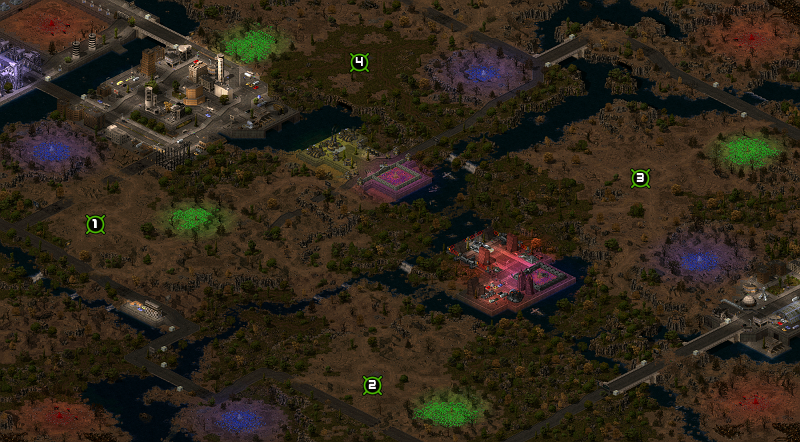 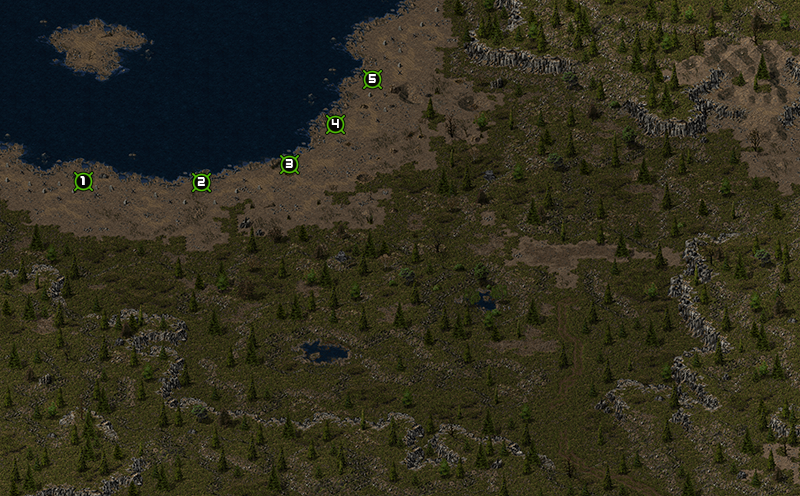 That's all for now. Stay tuned for more!

Oh, and if you haven't already, don't forget to vote us a second time on MotY Awards!

Boy oh boy! When I get on my Christmas Break I'm going to play this game hard! I can hardly wait for this update! Thank you and Merry Christmas to the entire TI team!

Thanks for pointing that out, the links should work now.

for the trapper cycle description it says "pin down potential hostages"
is this a game mechanic using hostages or more of a campaign thing?

does the Marauders flight work the same as Tib Sun or is there a way to stop them from landing?

It was more of a lore thing, the Trapper shoots webs that trap infantry like the Infector. As for the Marauder, it works like in TS but it's much more maneuverable, no more useless spinning in the air.

LOL~I think this update is release, I will join "Forsaken" forever. XD Anyway, thanks for hard work on this, dude. :D

I must hug you

...Why would a tank be named after a sea monster?

Those pesky GDI guys trademarked the names Mammoth & Behemoth, the Forsaken didn't want to get embroiled in that mess. :P

Love the design choices for the forsaken.

Have you retroactively added them to any of the campaign missions?

No they won't be showing up in the campaign as of yet.

Yep, I know too much.

A sneaky incognito Siv! >:U

So they are another quqlity over quantity faction like GT? I expected them to be spammable low-tech faction tbh, not supermutants outgunning all 2 superpowers and a megacorp. Still, can't wait to try it myself.

The Forsaken are outnumbered by all the other factions, so they need something to make up for their lack of numbers, just to survive. Most of their units are also relatively weak and far less sophisticated than GT's.

The Forsaken? Don't you mean the Forgotten?

These guys are called the Forsaken, alternate timeline and all.

You know you have been out of the loop for too long when you don't recognize half of the stuff of the mod you're a staff member of.
Looks nice nonetheless guys :)

You just destroyed my tactic of building Subterranean APCs, filling them up with a bunch of cyborgs from all 3 types, and attacking the enemy base. :(

Oh well, guess rocket infantries will have to do for anti-air.

I still dream of a big box release though with that nice cover art and 100 page manual. Gatefold big box with foil stamping over the goggles and everything else slightly embossed. Yes

Goddamn, dude, if I could bottle that feeling of first playing Tiberian Sun, I'd OD at the first opportunity.