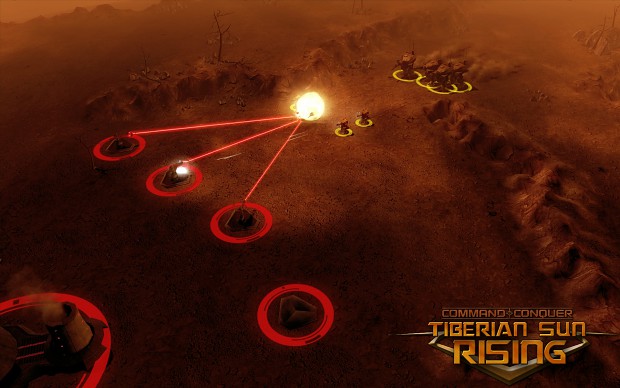 Does the Titans out range the Laser turrets like they did in Tiberium Sun ?

Yes they do :D

Yes they do, but because they are hidden before they popup unless you have an Mobile Sensor Array or send Wolverine's ahead to lure the turrets out, your Titans may creep into Nod Laser firing range. But yes they can fire from outside the Nod Laser's firing range safely :).

To add to this, the towers lose their stealth field when severely damaged so a good GDI commander can lure them out with a bait, have some Titans shell the turrets and retreat before too much damage is done.

or just negotiate with some juggernauts XD

Well a good GDI Commander would just use an Mobile Sensor Array and Titans and loose no one :) but anyway. Luring is a good tactic if an MSA is not handy thou.

This Wolverine scout patrol walk right into a hot situation when Nod Laser's appear from no-where to claim them.