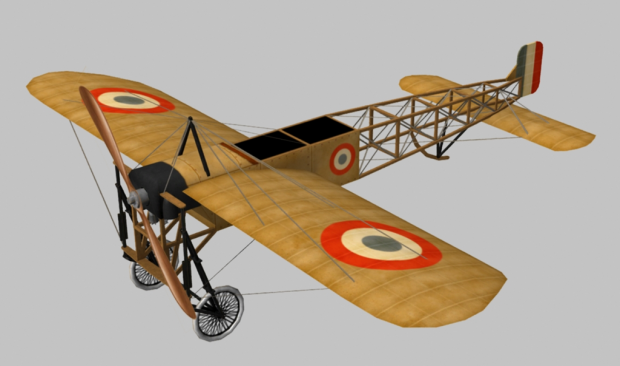 After 3 years and 9 months we have new pictures!

Here is a look at the new reconnaissance plane for the Allies. The Blériot XI is a French aircraft of the pioneer era of aviation. The first example was used by Louis Blériot to make the first flight across the English Channel in a heavier-than-air aircraft, on 25 July 1909. The first Blériot XIs entered military service in Italy and France in 1910, and a year later some were used by Italy in North Africa (the first use of heavier than air aircraft in a war) and in Mexico. The British Royal Flying Corps received its first Blériots in 1912. During the early stages of World War I eight French, six British and six Italian squadrons operated various military versions of the aircraft, mainly for observation duties but also as trainers, and in the case of single-seaters as light bombers with a bomb load of up to 25 kg.