The Dark Edition is supposed to be a challange on a balanced, varied and enjoyable level.
But it's not a shame to run away like a cowardly Draugr.

Savegames from the versions 1.0/2.0 are not working. If you have an old version of The Evil Mansion installed, you have to create a clean savepoint with the "TheEvilMansion.esp" disabled/deleted before installing the Dark Edition.


HOW TO INSTALL (MANUAL)

If you have installed The Evil Mansion v1.0 or v2.0, you have to delete/disable "TheEvilMansion.esp/.bsa", and to create a clean savepoint before installing the Dark Edition.

- Put the "Data" folder into your Skyrim directory.
(...Steam/steamapps/common/skyrim)

HOW TO REMOVE (MANUAL)

On entering the Mansion NPCs are not loaded. (If for example the Dinning Hall, first room left, is empty)
Randomly appearing, mostly recognized after tests with the "coc command" before loading a savegame. To fix this you have to load a savepoint before you entered the concerning location for the first time, maybe with restarting Skyrim first.

Static objects like buttons, doors, etc. are missing.
Sometimes things (which were always there) are just not there. Only solution is a reload.

After a lot of dying and reloading, things like Spawns/Triggers/Activators, are not working anymore.
Also recognized this strange bug in my tests, the more often you die and the game automaticly reloads to your last savepoint, that higher is the chance for "not working scripts". I recommend to restart Skyrim then.

The gas poisoning effect won't disappear.
Since the used gas-trap is Skyrim default, it's probably a bug caused by another mod. Possibly a perk mod, which results in a very long-lasting poisoning effect.
You can check your active effects, the duration should be arround 30 sec.

I got poisoned outside the gas area.
That's a loading bug which changes the shape of triggerzones. Mostly appearing after a lot of dying and reloading. Restarting Skyrim should fix it.

My Companion is not following when entering "Underground".
This has a good reason, just keep going, he won't get lost.

I moved the shields in the Gallery Room and can't solve this puzzle now.
That's something i will try to fix in the next update, the shields shouldn't be touchable until the puzzle is solved. But for now, i added 2 images of the original shield-positions to the picture-gallery.

I'm stuck.
The most secrets are very similar to Resident Evil. Without knowing the game it might not be easy to push through. Just leave me message to get help then. I will not spoil any secrets in the comments.
Never use "tcl" to move through locked doors/areas, this can destroy important triggers.

- rare and randomly things like objects, markers or enemys just not get loaded correctly.
- There is no distance-LOD, the Mansion is not visible from very large distances, same for the changed landscape.
- On Novice/Apprentice difficulty it's possible that necessary (for the game -progress) enemies not appear.
- small clipping errors.
- Mistakes in the english language.

For the very detailed maps of Resident Evil:
- Stebloke (stebloke.co.uk)

Thanks for voting and helping The Evil Mansion - Dark Edition on it's quest to become the 2022 Mod of the Year. You are now in with a chance to score some free games from our #modlove collection. Help this mod secure more votes by embedding the widget (or link) we have included below on your favorite sites.

Here There Be Monsters - Trollhunter 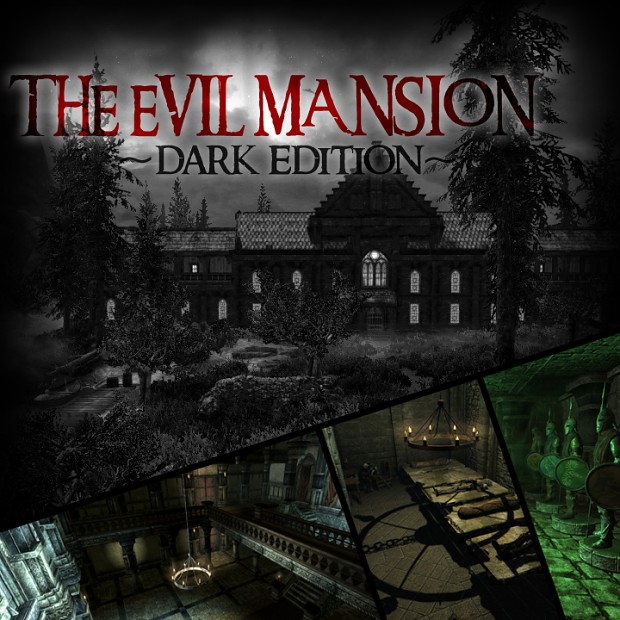 The Dark Edition is supposed to be a challange on a balanced, varied and enjoyable level.
But it's not a shame to run away like a cowardly Draugr. 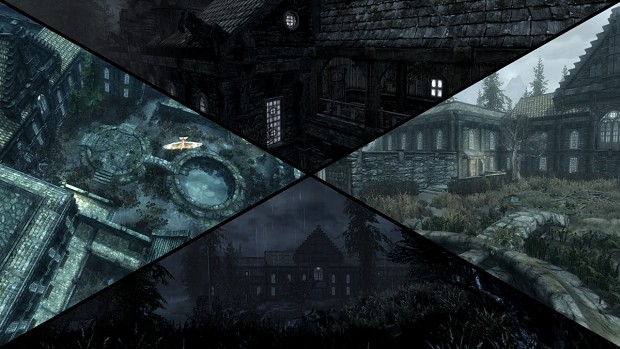 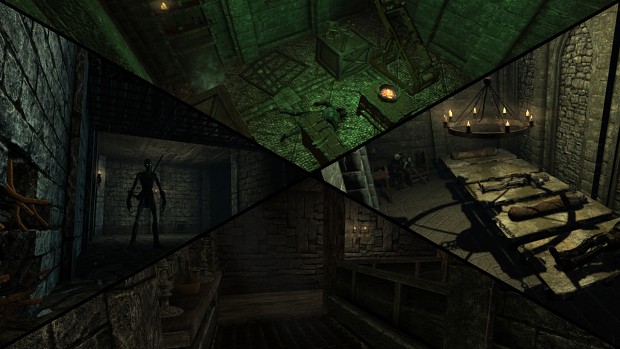 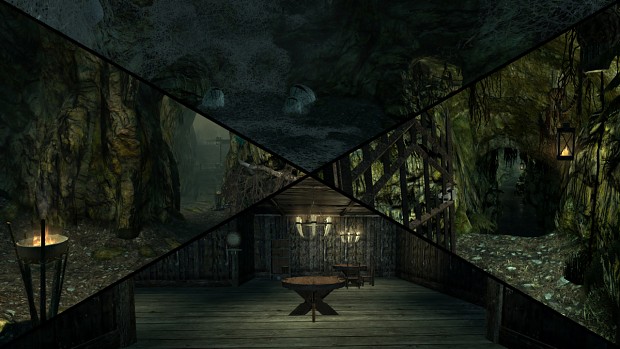 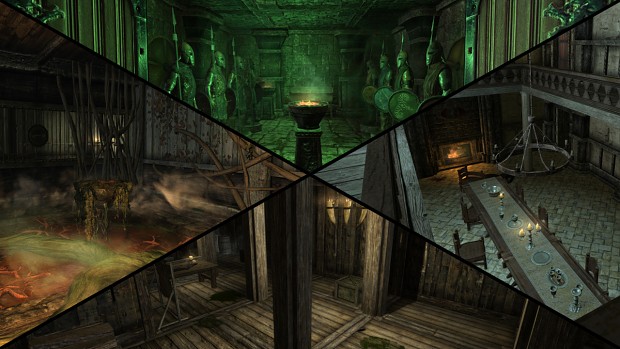 HOW TO INSTALL (MANUAL) If you have installed The Evil Mansion v1.0 or v2.0, you have to delete/disable "TheEvilMansion.esp/.bsa", and to create a clean...

i cant make head or tail of this.could you please elaborate more?

Hey great mod, I'm new to computer games. I played xbox for years.
Can you tell me where I can get some help. I'm stumped on the dorm level and can't get past the plant on the door. I got the door opened for the lab but don't know what exactly to do?

Hello,
for questions like this the best way is sending me a private message, because i don't want to spoil here.
Sended you the answer.

Hey, I had a blast playing through the mod. You did a pretty good job recreating the mansion in Skyrim's style.

Is this on the Steam workshop?

Thank you! :)
But yes there was a lot to do, i get nightmares when i'm thinking back...

wow Third version already!? even though V.1 is pretty much complete and simply gorgeous to play through i can't believe there's still that much tweak to do XD

For anyone whose screenshot and video are not suffice enough to download this mod. The author ENTIRELY recreate the Spencer mansion from Resident evil1 on the edge of Morthal's swamp. From enemy types and placement to the puzzles and rooms are faithfully remains true to the game. All in all if you're a resident evil fan do yourself a favor and download this, you won't regret it.