Post news RSS Announcing the Age of the Ring Campaign

Today, we're going to talk about that other thing we're doing: a brand-new campaign. Warning: this article will not contain real spoilers, but if you want to remain entirely surprised, we suggest just skipping the article and casting your vote in this year's Mod of the Year awards ;)

Boy, it's been a while since the last article. Hi everyone!

Let's get something out of the way from the start: next release will contain both Rivendell and Rohan. No release date, of course. But they're coming. Not entirely unrelated: our team has grown substantially, so that's good news too. Please welcome MaxHardy (coder, artist), CammyFries (coder), Ganon (coder), and Biddy (WotR coder).

But that's not what this article is about. Today, we're going to talk about that other thing we're doing: a brand-new campaign. Warning: this article will not contain real spoilers, but if you want to remain entirely surprised, we suggest just skipping the article and going straight to the VOTING BOOTH (scroll down a little).Wink wink.

To that end, this will not be a wordy article. We're not discussing objectives or revealing the names or order of the missions. These are all going to be a surprise for when we release the update. Feel free to try and figure them out for yourselves, of course. We'd love to see what you come up with. 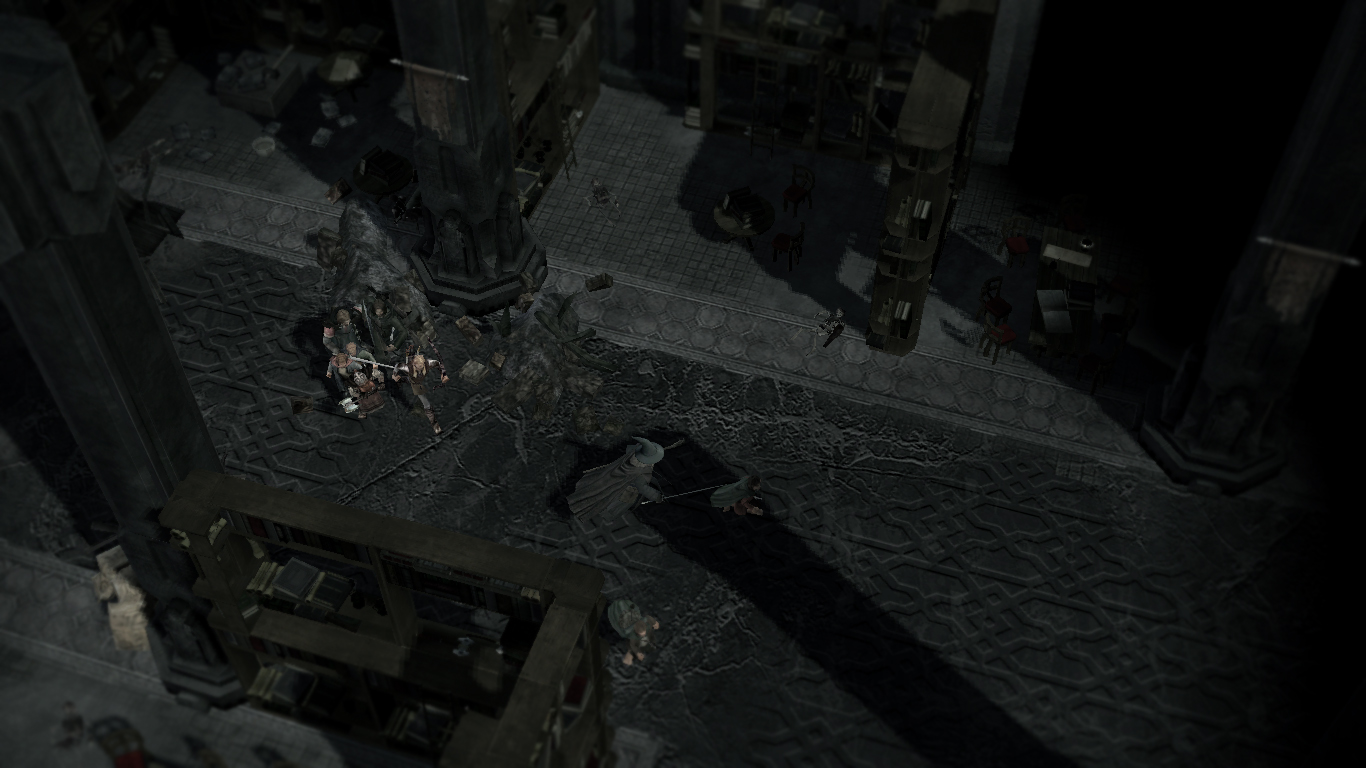 A sprawling library in Moria - largely undisturbed, because goblins are deathly afraid of reading...

What I can say, though, is that we are writing, mapping, and scripting a totally new campaign that is based on our own AotR-ey blend of book and film lore. We have decided on a list of missions that we are dividing in 3 parts: Fellowship of the Ring, The Two Towers, and, you guessed it - Return of the King. We are extrapolating events, adding new battles... and incorporating Age of the Ring characters wherever we can. 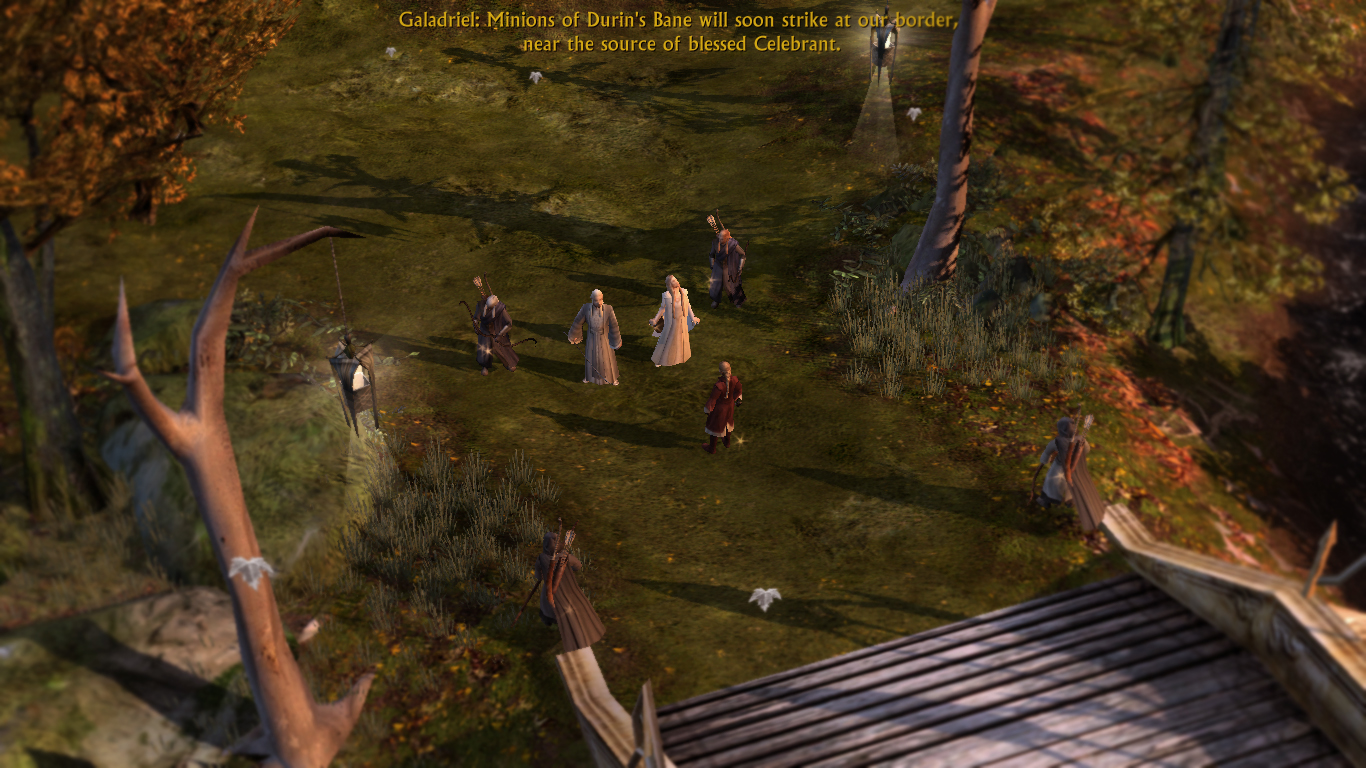 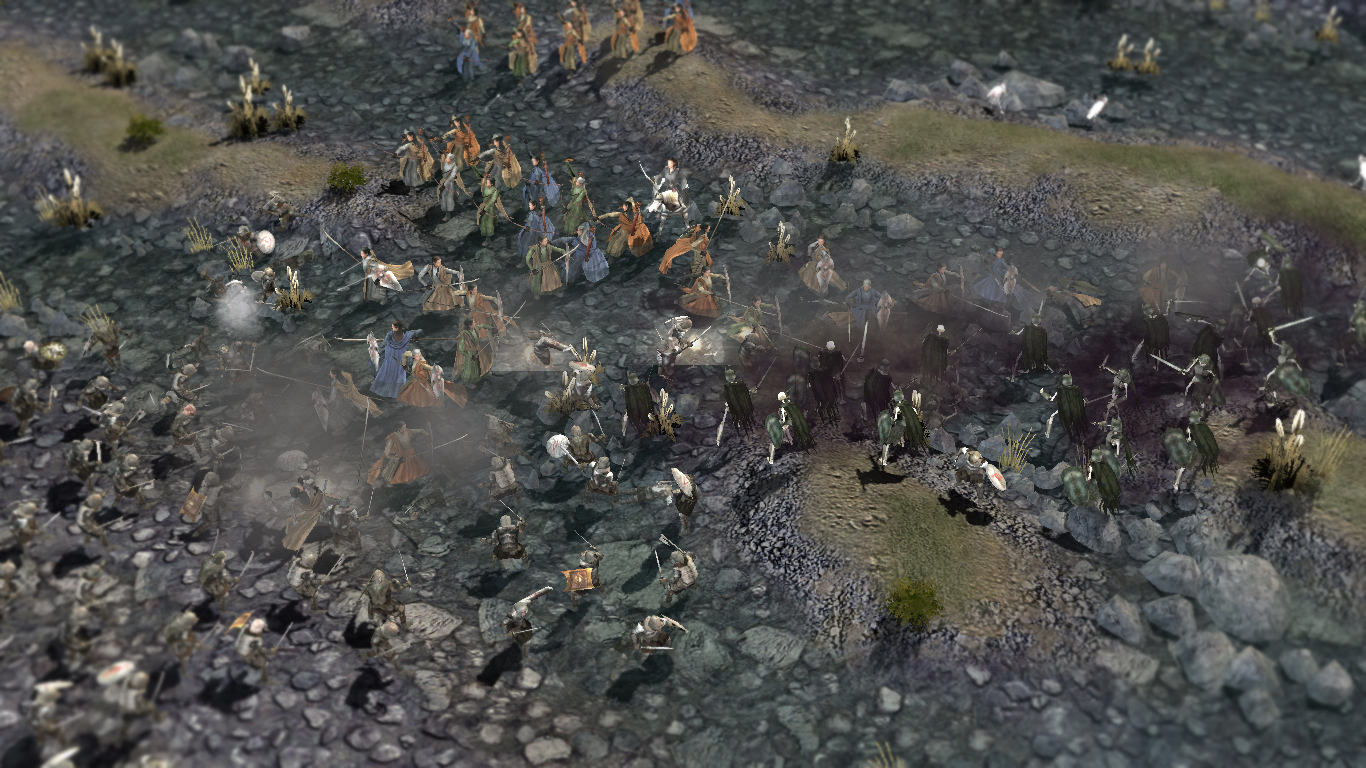 Next release will come with the first part complete: at least 6 missions set during the events of the first book/movie, continuing from the currently released War of the Last Alliance. It will take you on Frodo's journey, from his perilous road to Rivendell to the the pass of Caradhras and taking the road through Moria - and back out into Lothlórien up until the Breaking of the Fellowship. 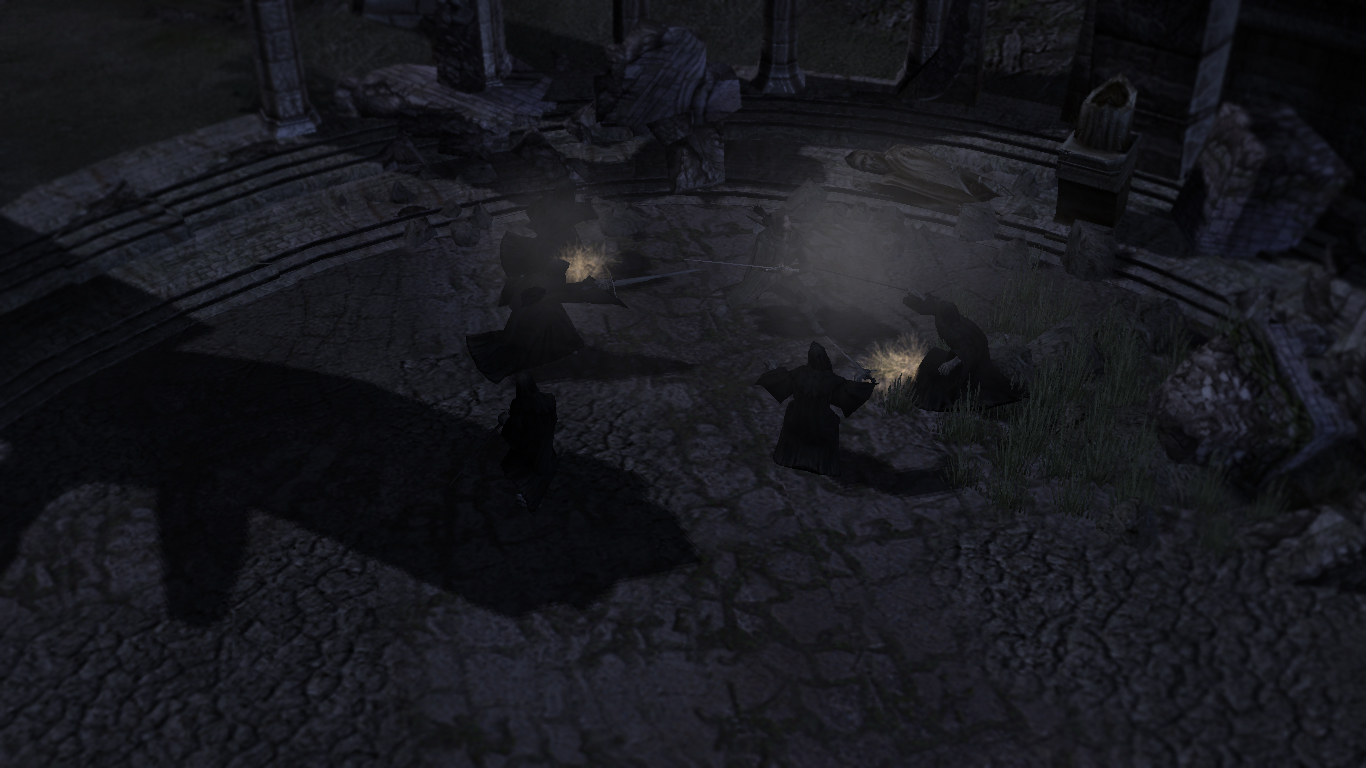 Strider fends off a group of unwelcome guests at Weathertop

We are trying to tick as many lore-boxes as we can. Expect to visit the Barrow-downs, fight white wargs, and meet familiar faces along the way. And prepare to fight tooth and nail to prevent some of Middle-earth's most famous death scenes...

Each of these missions is in full development (some are already complete!) and will be as or more challenging than the two missions that came with the Erebor release. Get ready to save often and work on your breathing technique. 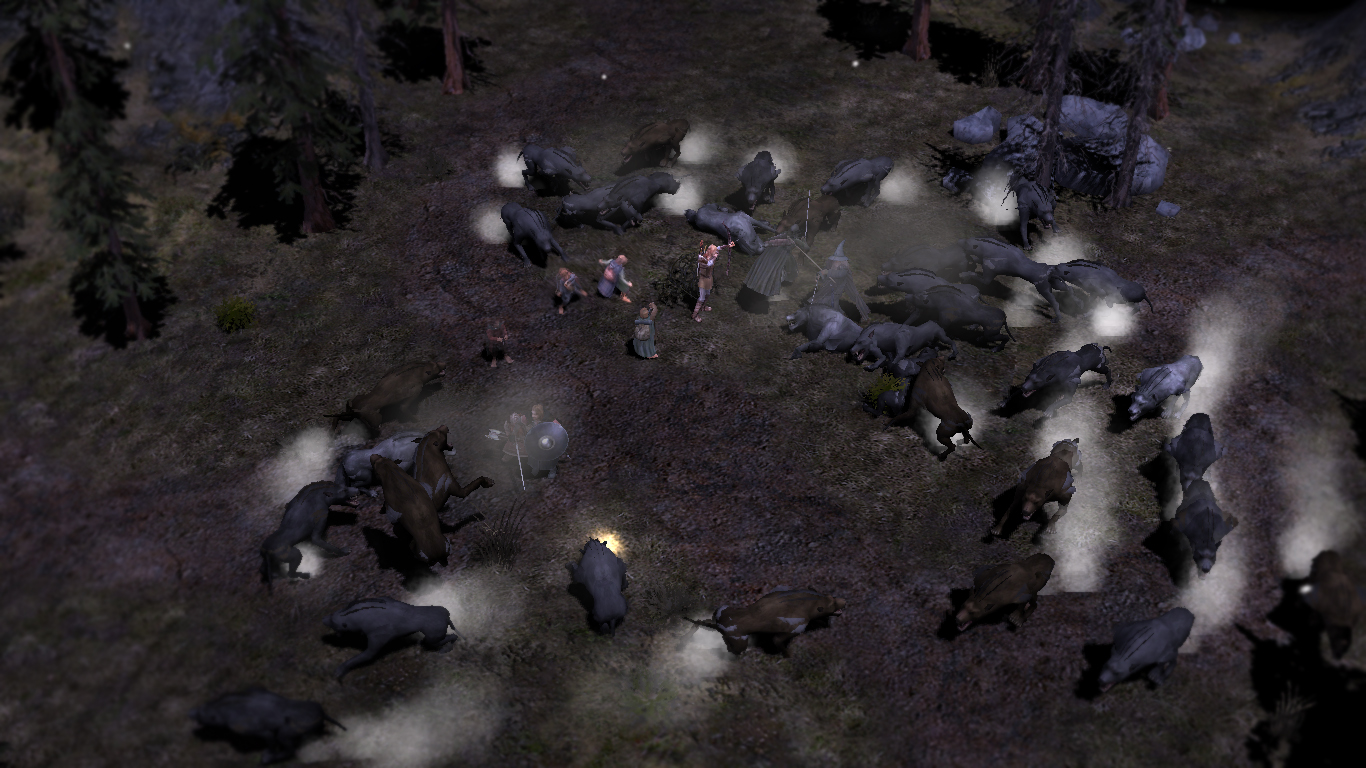 The Fellowship attempts to repel a hungry pack of wargs 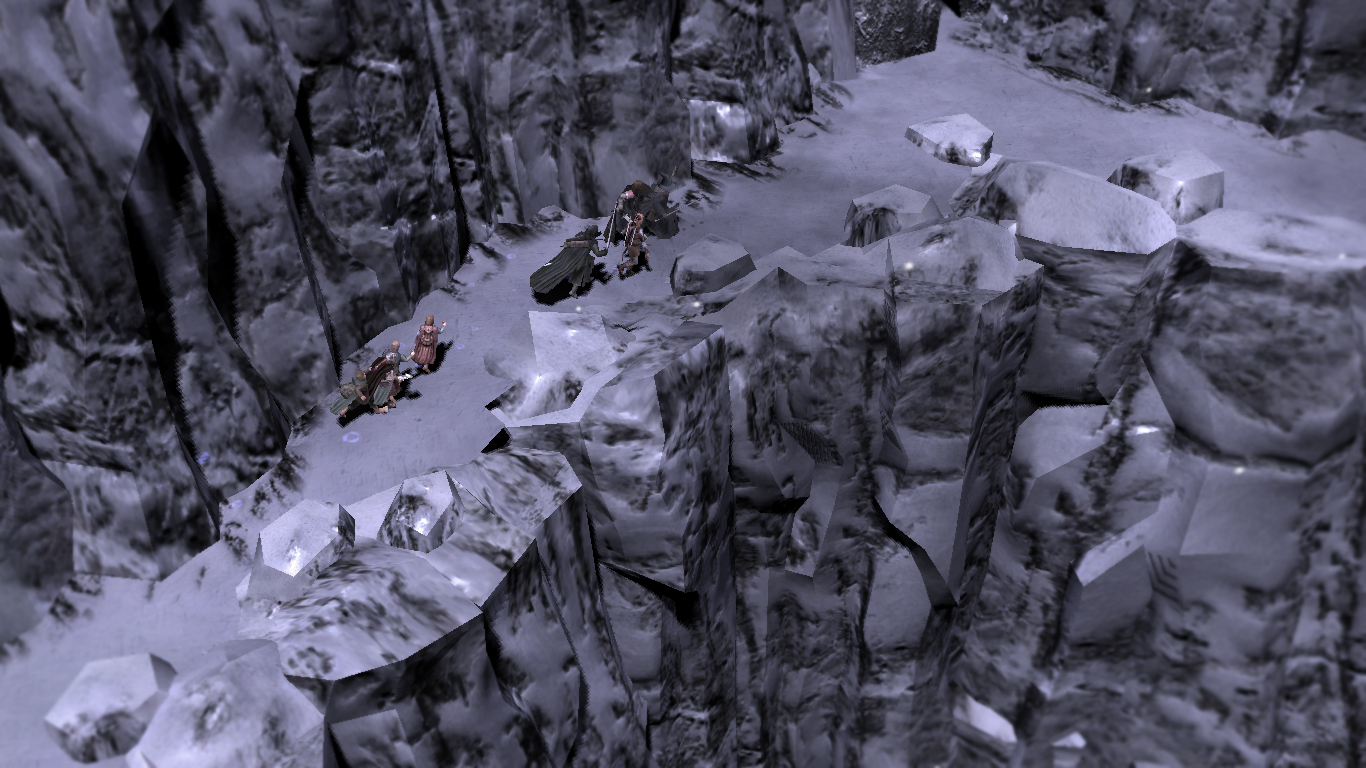 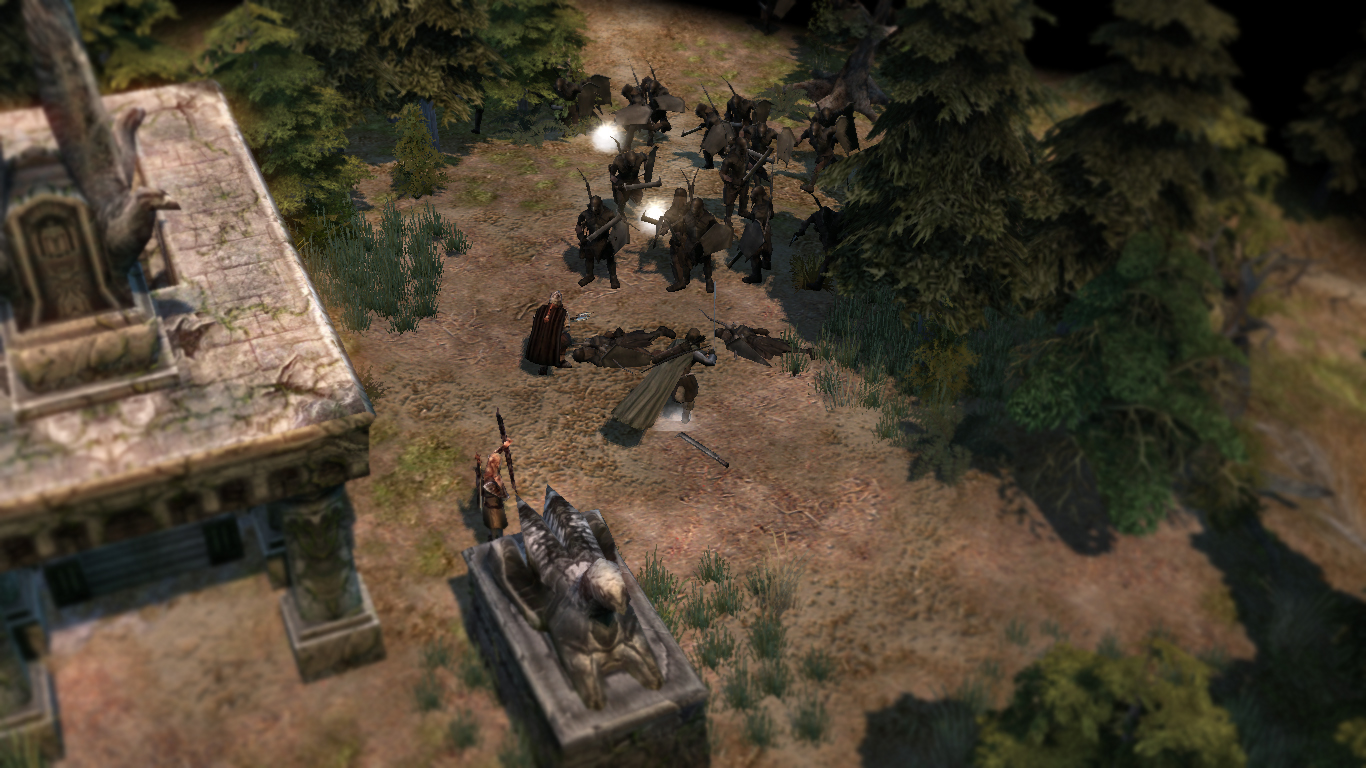 Legolas, Gimli and Aragorn do battle with the fighting Uruk-hai 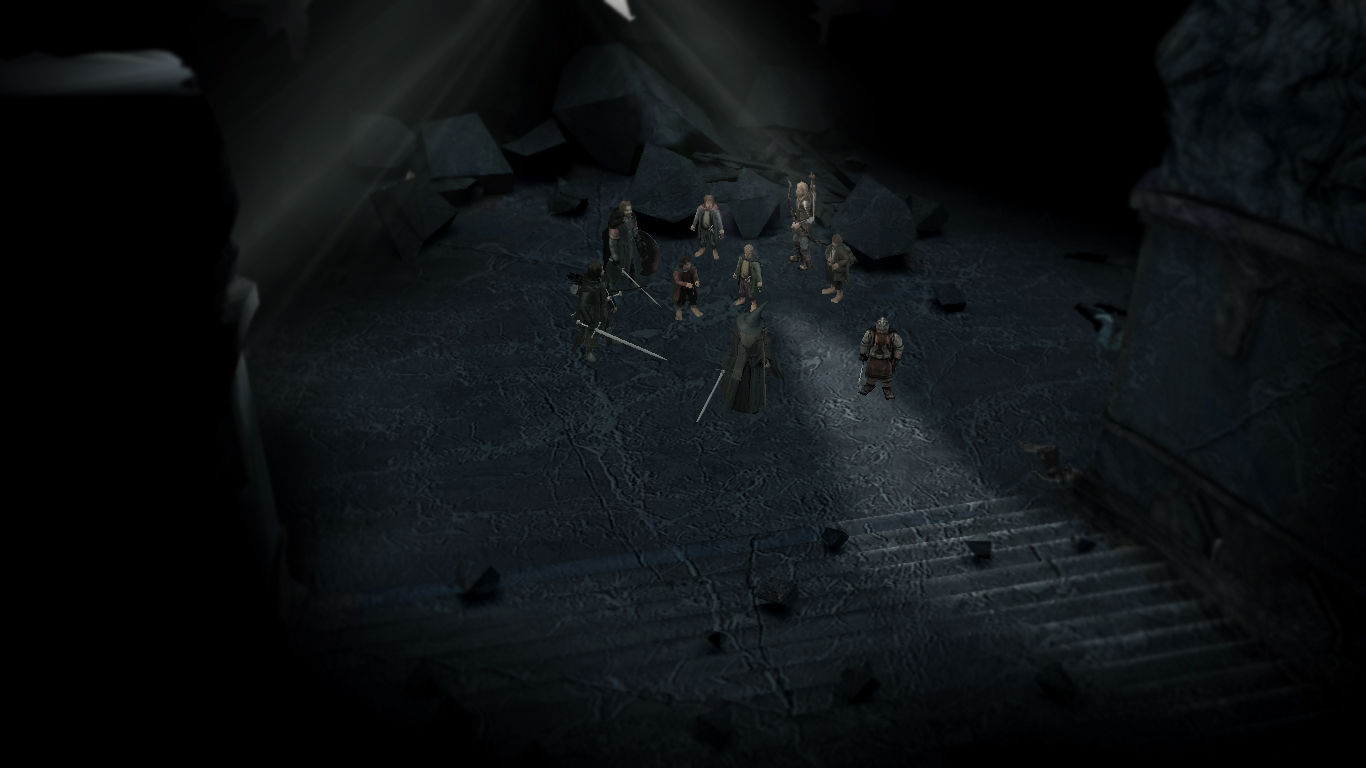 A journey in the dark 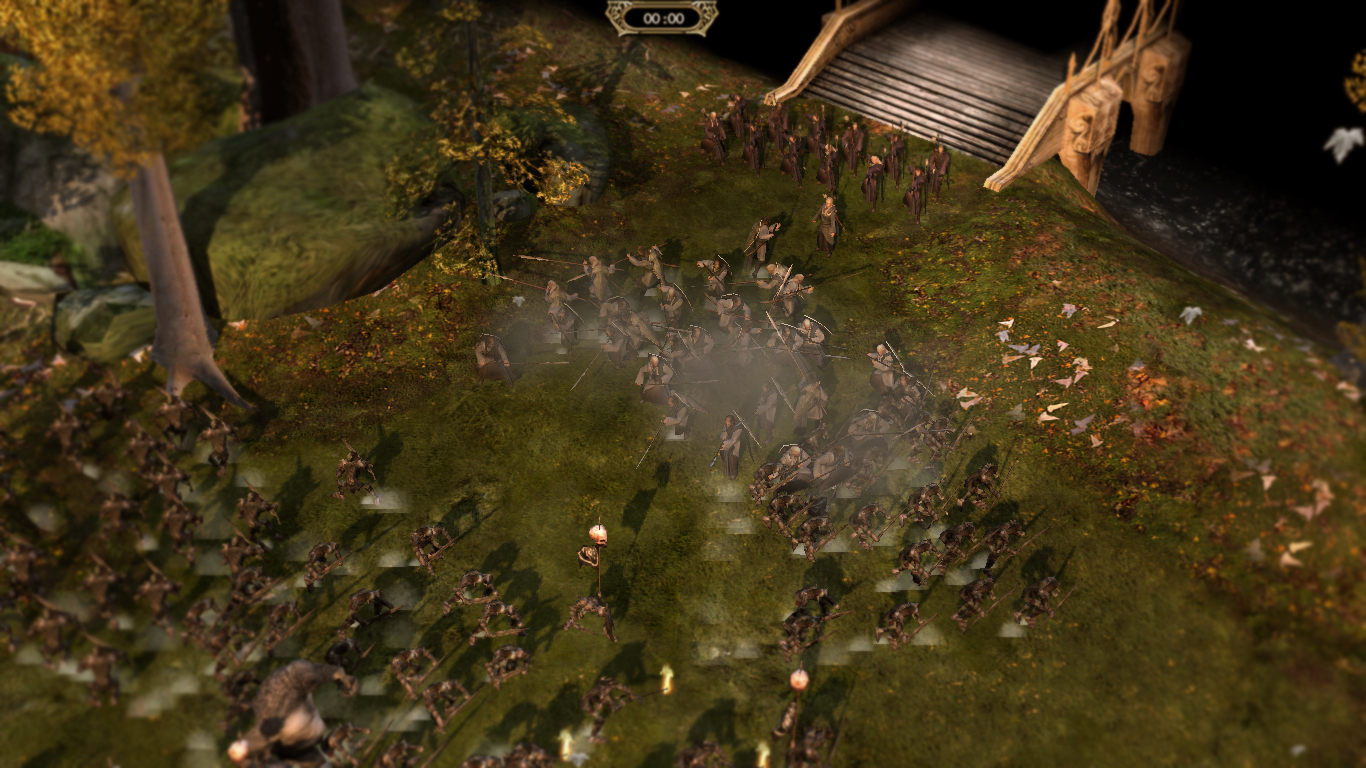 Elves of Lothlórien holding off a force of invading Moria orcs

That's all for now. If you like our work, vote for us in this year's Mod of the Year awards. Or, you know, don't. In the end, competition is just the Man keeping us down. 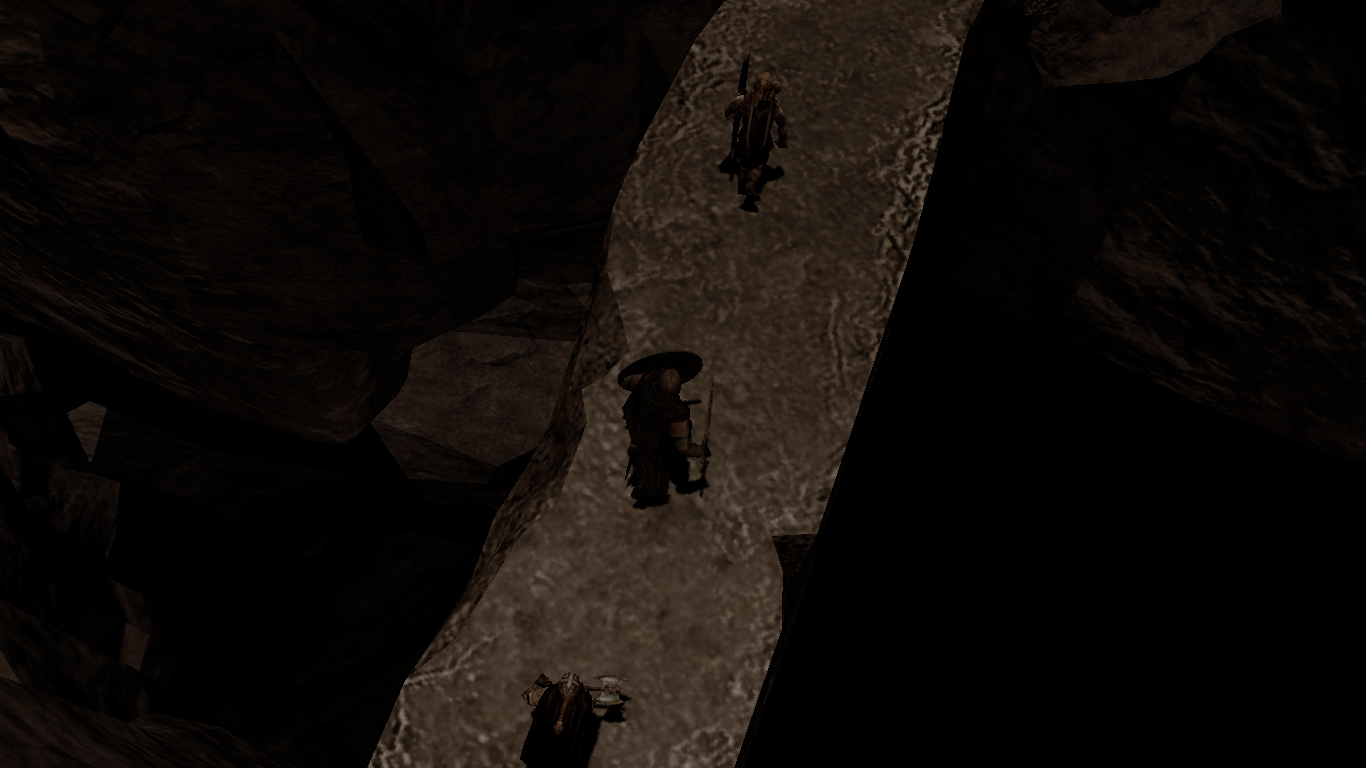 Another article will go live in a few days, so sit tight.

Wow
EA's campaign will be put to shame XD

they can see the excitement from the fans and restart the game,Just like Blizzard restarts Warcraft 3)

Congratulation on the top 100!

Looks like this mod is gonna be the best BFME mod ever released! Good luck guys. From a brazilian fan.

How can you not vote them? This is BFME 3, epic movie and book edition basically for free, done with a lot of passion and love by these developers. Hats off!!!!!

how can I sit still and wait for a new update??? :D

So i´m relativily new to BFM2 Mods. This looks really good.
From what i understand you can already download the "Age of the Ring" Mod. This singleplayer mod will be an addon to this mod? Or is this already included in the 3.1 Version?

The prologues to both The LotR and The Hobbit campaigns are in the currently available version (3.1): Battle of Azanulbizar and The Last Alliance.
The missions mentioned in the article will come with 4.0 version.

Any update on when to expect rohan?!??

Guys, I ask you, I beg you!!! - Save the Boromir throughout the entire of three company!!! You made a great company on the Fellowship of the Ring!