So we've not really had a lot to say over the last twelve months, but here is the latest regarding The Core and it's development.

I have seen a number of concerned comments and emails in recent months with regards to The Core's status. Let me just say, for the record, this project will never be cancelled. One way or another, come Hell or high water, The Core will be released.

I know what it is like waiting for news on a project. I am after all, an avid mod player myself. I often check profile pages for mods that have gone months or even years without an update, and will continue to do so until they are released or confirmed cancelled. So trust me, I understand the frustration. 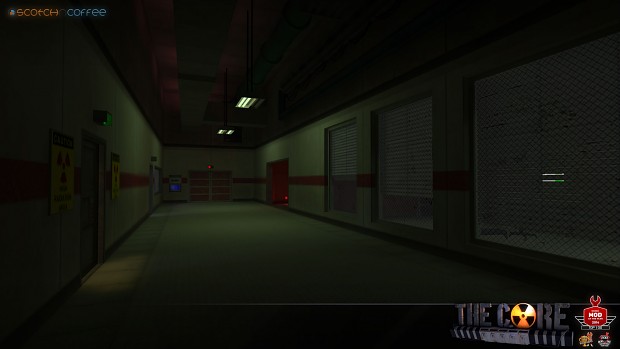 Having said that, I also understand that mod developers are often doing so as a hobby and have a lot of other responsibilities that take priority. Sadly, this has been the case with SnC and The Core for the past 12 to 18 months.

You may or may not know that the mod is primarily developed by two people, myself and Archie. We get development support from another team member who chips in when we need him too, but the mapping, texture work, writing, scripting, sound design and everything else you can think of? That's two guys.

Last year, Archie, who works in broadcasting and editing, accepted a job that saw him uproot from his home city and move to London. While he still has access to the mod through our online repository, he is incredibly passionate about his work, often working well into the early hours of the morning. This leaves little time to work on the mod without burning himself out.

I'm still where I was the last time I posted an update, but with a new addition to the family. I work for eight hours a day, travel for two hours and when I get home I take over looking after our newborn and three year old. As you can imagine, it's not often I get to sit down at my desk and just work on the mod uninterrupted these days. At the weekends, I get a bit more time, but it's not always easy to fire up the editor and start working.

Throughout 2016 and some of 2017 I tried to get the mod finished, to the point that it started to feel like a second job and I began to loathe it. I had said on multiple occasions to Archie and a few friends, "I will not work on The Core in 2017/18. It is coming out this year!" I would get stressed at work, come home, and continue to stress about the mod. I would work well into the night in what would quickly become a viscous and unhealthy cycle. I got sick a lot and as such was at risk of losing pay from work which would stress me out even more. Not a good situation. 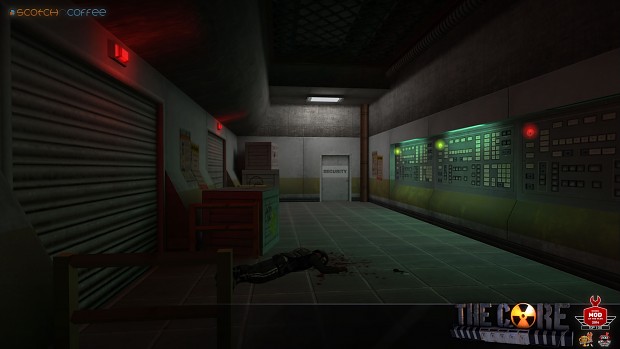 So what does this mean for the future of The Core? Well, as I said, it's still coming and will definitely release, but it's just taken a little longer than I expected. However, we are definitely in the final stretch. There are only two or three maps to be finished before you can run through the game entirely. These will then need to be polished, detailed and have their plot elements added and scripted. This is why the media releases have essentially stopped. However, you deserve better, so I will promise now that I will make an effort to keep anyone still watching up to date.

Thank you again for your messages, your support and above all else, your patience.

I know it's become a bit of an empty and very overused phrase on this website, but take your time. We can surely all wait, and the mod itself will only gain from it, I'm sure.
Most importantly, best of luck, and best regards to you, your family and Archie!

Indeed, take your time, as much as you need, I've been in exact same situation where I would stress myself out to the point where it would affect my life and people around me, all of that for just releasing a mod, bad times. Just take a break for now, and when you're ready - work on it from time to time, this approach worked for me so far and I have made same amount of progress being chill at the same exact timespan. These things, they take time.

Dude take your time reality can kick you in the face believe me I been through it so no rush K?...ok.

Like everyone else above me said, really, don't sweat it. If it takes a year or 10 years, there'll be a bunch of us sticking around to see its release, myself included. You said it yourself; it's a passion project, it's not meeting a deadline. Relax and take you're time, you can't rush art!

Thanks for the responses guys. It's always good to see the same selection of people commenting on the updates.

Also, if it wasn't too clear from the article, I am now working on the mod more frequently than I was last year, but in shorter bursts, and I'm really enjoying it again. :D

Take your time, keep the good work. Sometimes doing it in a good mood is what makes the output unique. (Just as the project looks until now regarding the creativity and quality).

I can totally relate to the situation you describe above. Sometimes I would get a cool idea for a map but immediatly scrap it since it would just take up too much time or I would never be able to pull it off because of this or that... My job and life have really turned me into a machine that only does something if it's efficient enough. Lately, my patience and creativity had completely dried up.

Recently I had to take a step back because it was even affecting my health. Now I've got some more breathing space and I even just toy around with maps I'm probably not even going to release. Simply because I'm enjoying it.

Before, I forced myself to work on Black Mesa Uplink every spare minute I had, because (like you experienced with The Core): "it's never getting done if I don't do it now". Although it's good to have some determination to grind through boring development parts sometimes, that additude can become really toxic if you don't watch out.

So, work on it when you feel like it. Don't do it all by yourself. Ask people for help if neccesary. If you need any nice brush-based props or scripts for the MOD, feel free to send me a message!

Indeed. Take your time, it will be worth it.

With so much stress and such a small dev team, have you considered asking for a little help here and there?

You've been trucking along with development for so long between the two of you, it would only make sense to get maybe an extra pair of hands on board to help with the workload, especially in the final run with only a few maps to go!

It happens, yo! I don't hold it against anyone to have their life take priority over updates for some of us nerds. It's good you're getting more work done but it's sooo not worth stressing over. At some point you gotta realize a hobby is something you *want* to do, otherwise everything will suffer. Best of luck to you guys!

Guys - I know exactly how you feel. Just like you, my feelings for my own mod have swung from sheer joy, to full time job, to absolute resentment.
I got myself so worked up over working on it I was also sacrificing time outside of work at my own expense. After a few real world events - I realised how much the pressure I felt with regards to the mod were created entirely by myself.
In the end, it will be done, and it doesn't matter how long it takes. Half-Life is 20 years old! The only people playing these will be long term fans, and they aren't going anywhere :)

Take time off, enjoy life, realise this is just a hobby - and we will see you up ahead.

I recall this being posted, like 2 hours ago. I was also wondering when there will be an update. What were the odds...

thanks for your explanations but don't stress about your mod ! we will wait the time you need because it's free and it doesn't has to be a problem for your pricate life but just a pleasure.

So take your time and do it well :)

All very relatable. A project like this nowadays would be all over Kickstarter, Patreon or whichever monetization platform you can think of before it ever even started. Times change and the golden age of pure, passion-driven modding has passed I guess.

But with that said, kudos to the both of you for still hanging on and not letting it come to a grinding halt and die. Sunk costs are a bitch. ;)

I can help out with some additional texture work if that would make life a bit easier. It would give you a base to work from at the least.

I will continue to wait even if it is the year 2039 for his wonderful masterpiece.

Your profile picture is God-Tier.

Thank you for the update and detailed explanation of the state this mod is in. Family and health first, take your time.

Glad to see the mod is still being worked on. Looking forward to it!