Tacos Mod contain 25 new missions, 47 new weapons, rifle-grenade-launchers, flame-throwers, missions set during winter, 11 new items, 25 new ammunition types for firearms, over 60 new textures & more. The mod lean towards historical accuracy, but focuses more on game-play with missions both completely fictional & some loosely based on real events. If anyone think this is worthwhile & want to help out just PM me. Also feel free to give me feedback & your thoughts on the mod.

A new member have joined Tacos Mod: dgn! He have already contributed with a lot of knowledge of WW2, as well as added new content to the mod directly & helped with technical things. Many of the coming changes & additions in Alpha-8 will be from him. 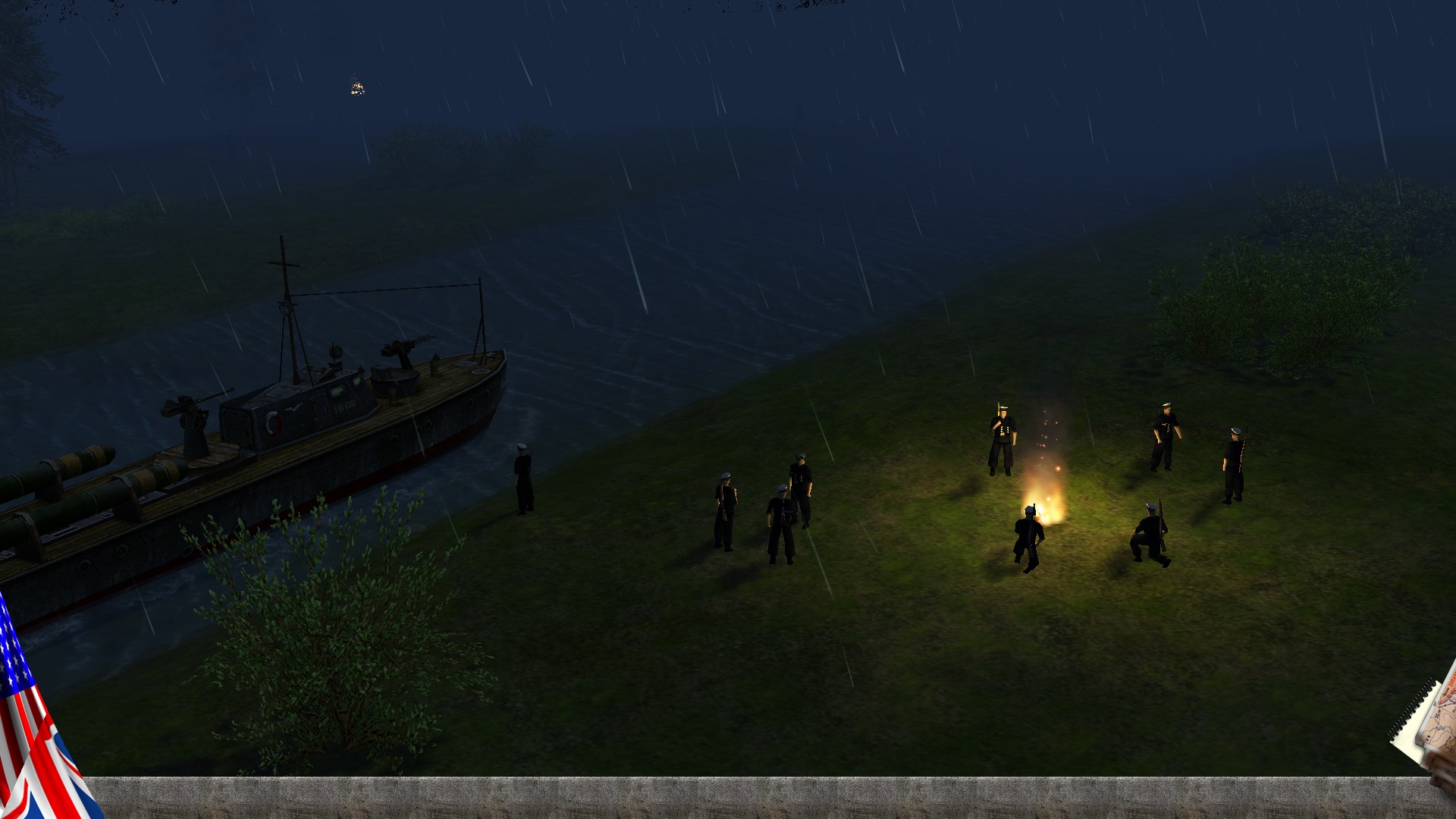 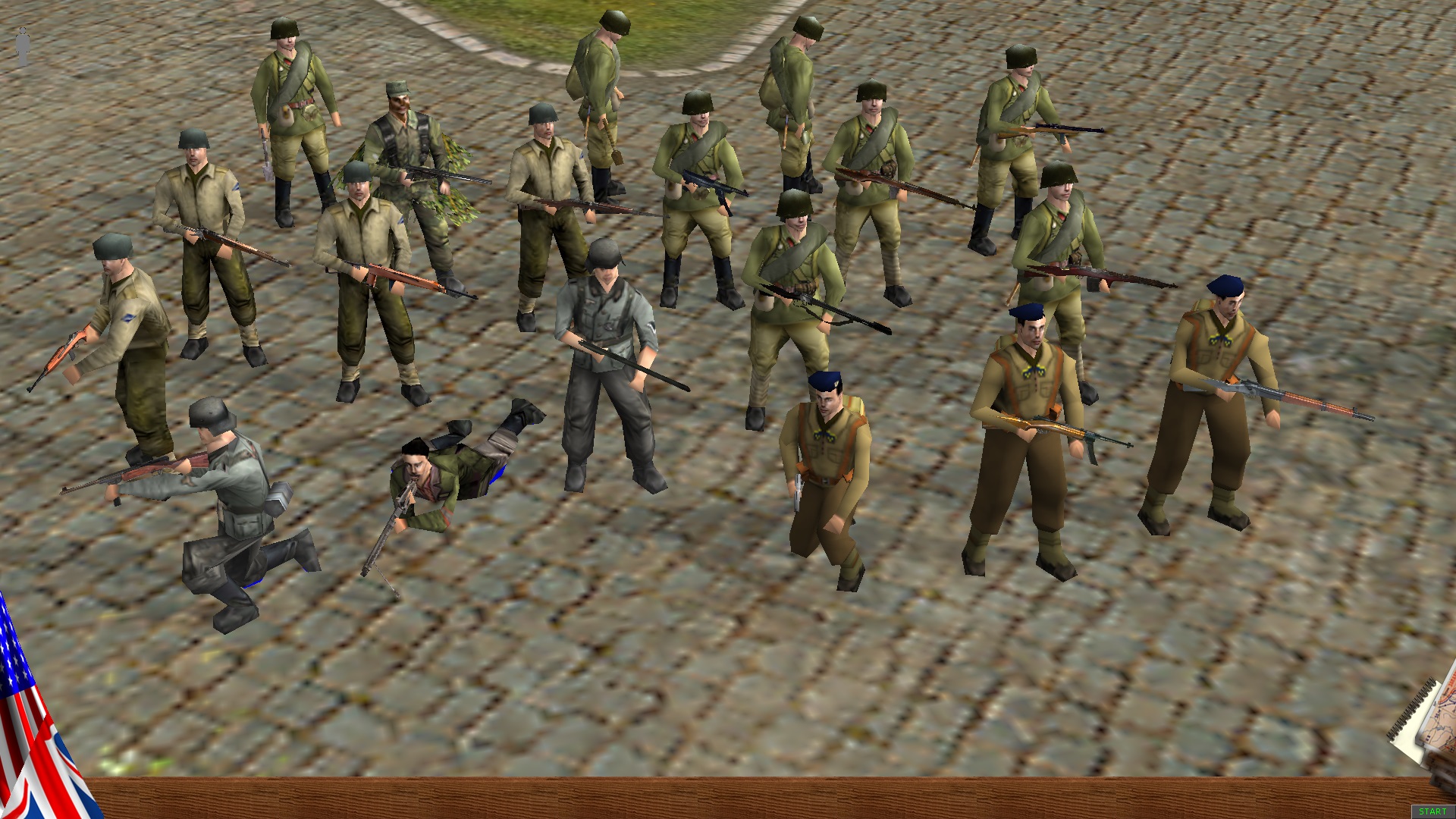 Portable bags are coming, such as haversacks. They act like regular boxes, except you can keep them in your inventory, giving you more effective space. They can also be used for reserve-ammunition, back-up weapons, as well as allow quick trading or dumping of items.

The Chasseurs Alpins in Green Blood now have their own uniforms. The Kriegsmarine uniform have also been significantly improved, in addition to new Volkssturm uniforms for the up-coming mission. 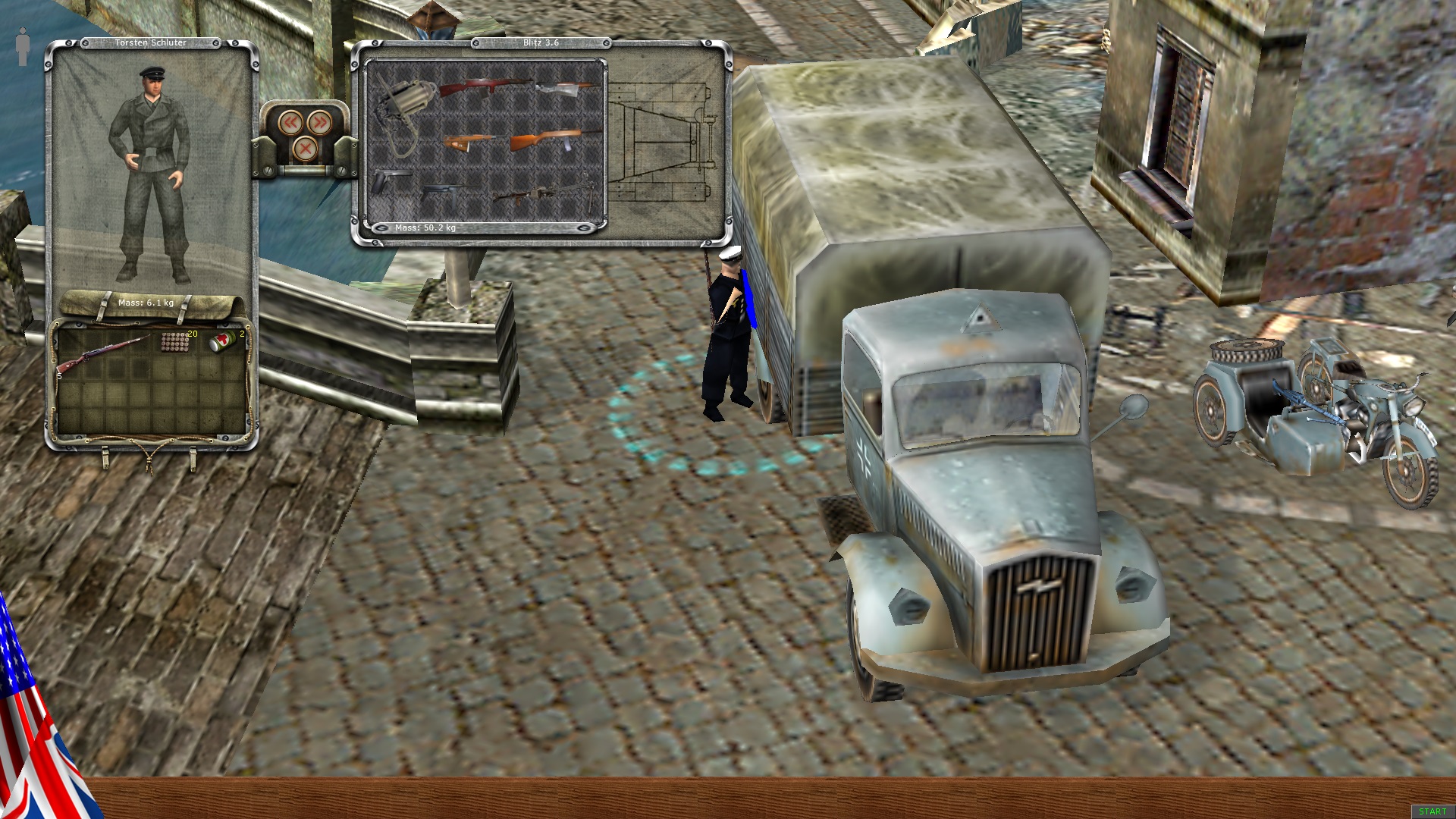 You will be able to fire rocket-launchers & grenade-launchers whilst being prone in Alpha-8. The unit will no longer be forced into a crouch position. Units put on fire at will mode no longer go into standing position before firing as well. This will make units equipped with the aforementioned weapons less suicidal & more stealthy.

Fold-able weapons such as the MP-40 now take up 1 less horizontal inventory space.

Resuscitation Kits are now accessible via the "grenade slot", the slot next to the weapon slot. You no longer have to open up the inventory in order to revive allies, just select the Resuscitation Kit as easily as you would a grenade.

There are more minor & major things in the works, but that is all we feel like reporting for now.

Four years later, there was an update for a mod, that most people probably have forgotten about.

Alpha-6 is on the way & a texture artist has joined the development of Tacos Mod.

This patch make all automatic weapons much more unique with new fire-rates, instead of all having the same as in vanilla. It also adds the last training...

This is a patch for Tacos Mod version Alpha-6. It fixes a game crash when loading the Green Blood mission. Installation: Put the "tacosmodA6" folder in...

Sixth "release" or demo of Tacos Mod. Version Alpha-6. - - - HOW TO INSTALL: Unrar(decompress, open) the "tacosmodA6.rar" file with a program that can...

Fifth "release" or demo of Tacos Mod. Version Alpha-5. - - - HOW TO INSTALL: Unrar(decompress, open) the "tacosmodA5.rar" file with a program that can...

Fourth "release" or demo of Tacos Mod. Version Alpha-4. - - - HOW TO INSTALL: Unrar(decompress, open) the "tacosmodA4.rar" file with a program that can...

How can i play this game in win 10 .I have to play lt in virtual machine now.

put your resolution 1280 x 720, put the game on Windows XP Service Pack 3 or 2 in the combability settings, and that's how. It works every time.

Saiboht
Do you guys still have 3ds max plugins for Soldiers? I dug through half of the internet including Russian sites but all I found were dead links.

For which version of 3DS Max ?

Nice to return to an old favourite, but with new content!

If you mean the progress of Alpha-8 then well, the PSU on the computer I had it on toasted itself, so the dead-line of 2024 mentioned before might be correct. Alpha-8 is however, assuming HDD is fine, fairly close to done.

Thanks for the info. I really appreciate your work in this mod :)

For the mission, "Fallen Hunters", the crate provides a PzB-39, but with the incorrect ammo.

This has already been fixed for the upcoming Alpha-8 version, a long with many other ammo fixes.

Thank you for reporting this anyway.