New Update 1.4 released, check it out!

Here is a brief overview of what you can expect from this mod:

- More tactical planning: You now have a multitude of unique buildings with unique properties
to choose from - on which ones are you gonna spend your precious building spots?

- Improved Rock-Paper-Scissors: Units are now balanced in a more logical way - without changing the
original Empire at War experience.

- Improved visuals: All projectiles were overhauled and many units were rescaled to represent their
real size more accurately. 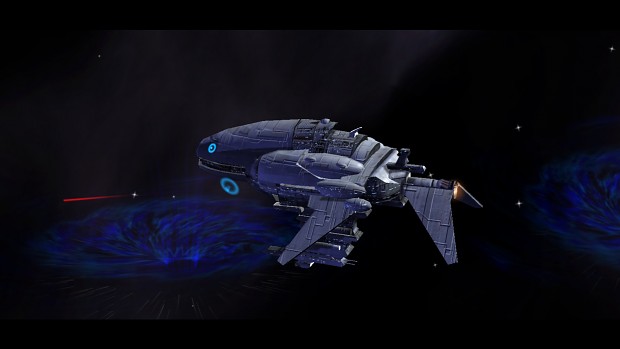 - Improved defenses and space battles: A defensive approach is much more viable now. To keep the
game dynamic space battles can take on a much larger scale. 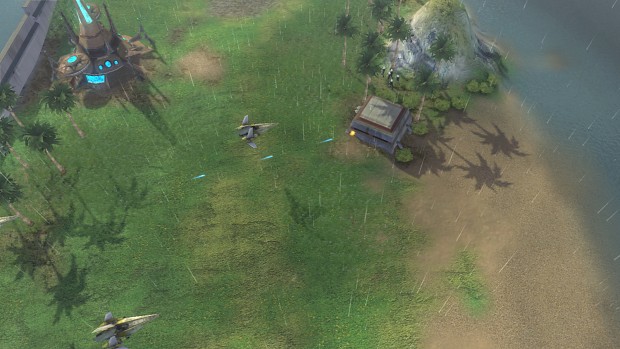 - Many new units: There are many more faction units and mercenaries in both GC and Skirmish now,
breathing new life into Empire at War. 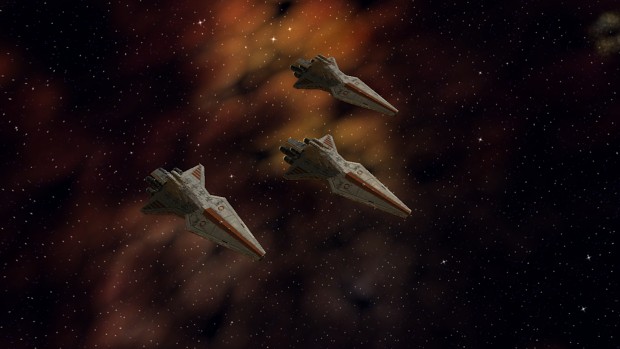 - More streamlined progression in GC: The road from Tech 1 to Tech 5 is more streamlined which not
only increases the fun in early-midgame but also improves the faction balance by a lot.

- New tactics: There are numerous new ways to approach the enemy now including clever usage of ground
aircraft, espionage and holding galactic key-positions to name but a few. 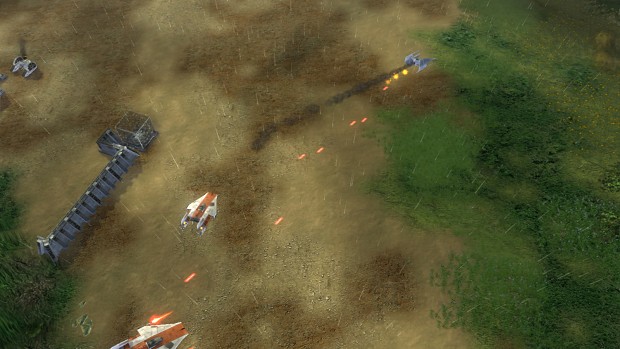 - A multitude of minor improvements...You can read about all features here.

All features at a glance

Tactical changes:
- Slower hyperspace-travel for more tactical decisions
- Space unit cap of 30 for the empire and 40 for everyone else
- 10 seconds retreat timer for everyone, retreating units no longer take 4 times more damage -retreating should be a more viable option now
- Higher view distance for units to allow more tactical reactions
- Weather effects have a much stronger impact on the performance of your units now

Gameplay:
- Streamlined tech-research for longer early-/midgame
- Added the GC-maps from Empire at War for people who want to experience the conflict without Zann-Consortium

Minor changes:
- Categorized new units, build tabs should be less overstuffed now
- Maximum of 50k credits for skirmish battles
- Disabled LucasArts and Petroglyph intro
- Skirmish station/tech upgrades moved to tactical-upgrades; you can now produce units while upgrading your station/teching up
- New/Fixed descriptions for all units
- AT-AT and AT-ST firing now as seen in the movies

mod is great overall but there is an awful glitch where enemy fleets can arrive at one of the players planets without triggering combat, now your options are wait till they leave or attack, whn attacking your own world your space station will either appear as an enemy space station of th level you had built it to, or just not show up in the battle and be listed in your losses when its over

I cannot get it to work after following the installation instructions. I ain't got no other mod.
What do?

Found one bug in the GC map "Conflict begins". Planet Bonadan haven`t ways. I can`t capture it and finish campaign.

Question: some said merc's earlier and i wanted to ask is it possible to add lore friendly units that build only on certain planets if you own them? would make holding certain planets more worth while.

Right now I don't have much time to work on the mod, but this is certainly an interesting idea.

Is there any way to download it on Steam? Because, I really want to play this mod.