This mod is intended to build upon a handful of amazing mods currently out there featuring Clone Wars content to create a realistic, visually spectacular, as-canon-as-can-be, and of course, FUN Clone Wars mod for Empire at War. This mod will utilize only the very BEST available content to bring together such gameplay. A ton of research, testing, modeling and coding have been put into ensuring that this mod is canon (down to character height!), looks magnificent, and plays great. I'll be uploading a lot more content leading up to alpha release this September- stay tuned! Also, as much of the content in this mod is already out there, it will be duly and explicitly credited, in detail, to those talented modders behind it all. If you see anything included that you are uncomfortable with, please please please just let me know! And please, if anyone in the community has ideas or suggestions that could further advance this mod's work, or contribute in any way, just PM me- I love new ideas!

In trying to keep with movie-canon for the mod, I’ve had some difficulty in accepting the current canon lengths of the Providence. This is such an important ship to get “right” in a Clone Wars era mod, so I’ve put some thinking into it a bit beyond others...

The Invisible Hand in Revenge of the Sith never once (in my view) appears to be only 1,088 meters in length. Yet the Clone Wars Providence Dreadnought, at 2,177.35 meters, double the length of the shorter version (General Grievous’ version), also appears to be way off the mark, even if the General actually used the larger model as his command vessel. 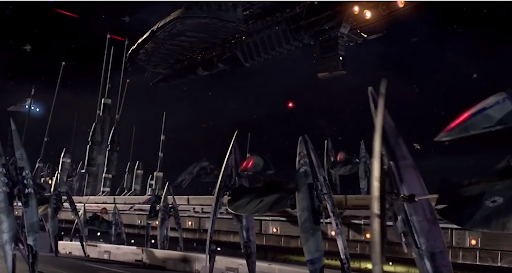 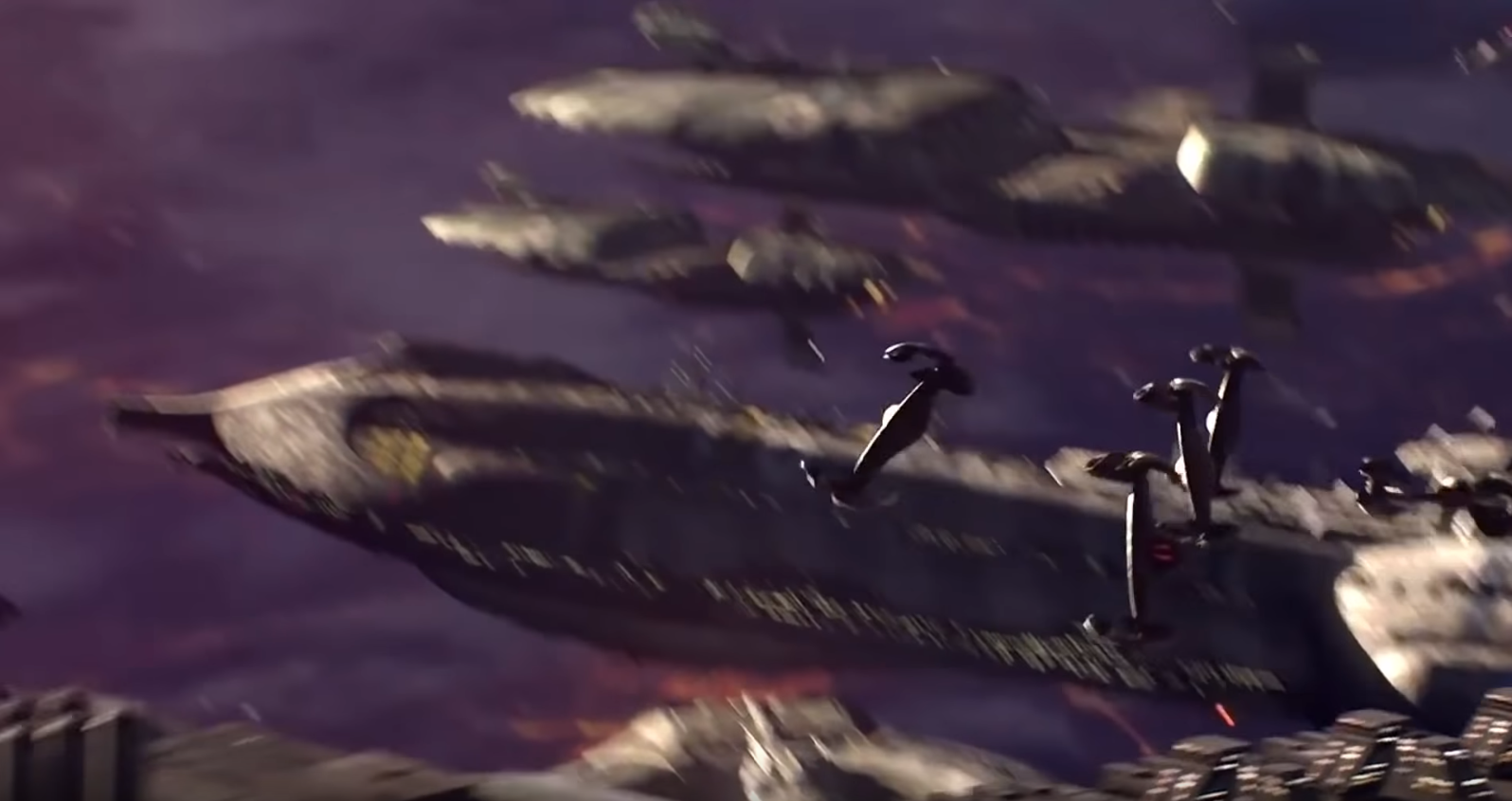 As seen in this shot, the escorting Munificents (845 meters) which appear to be quite close to the Invisible Hand are hardly a mere ⅔ the length of the Invisible Hand, even given that they are somewhat behind it.

During the engagement between the Invisible Hand and the Venator (1,088 meters vs the Venator's 1,155 meters), the ships are nearly side-by-side. The rear of the Venator in this shot however does appear to be a bit further back than the prow of the Providence, yet even so, I have a difficult time visualizing that ship being longer than the Providence, yet alone even the same length. 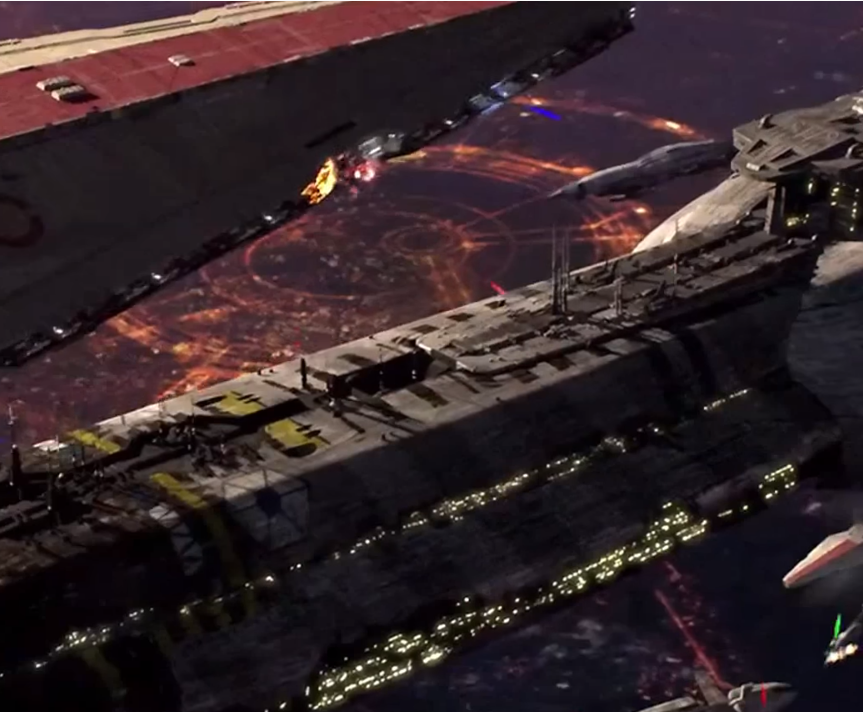 The two ships are also not too far apart from one another! 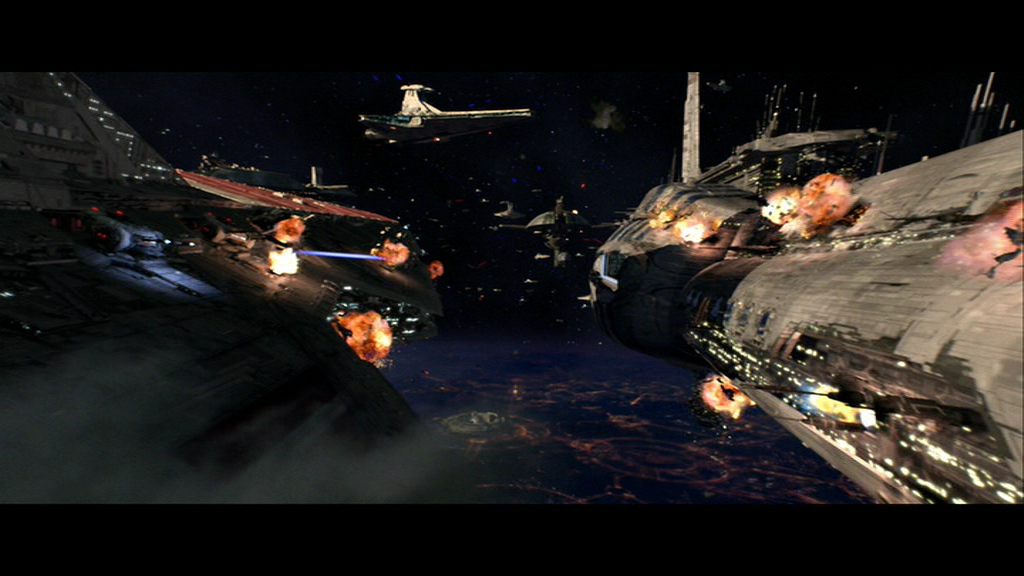 Now take a look at this concept art from StarWars.com of Admiral Trench’s Providence for the Clone Wars TV show. 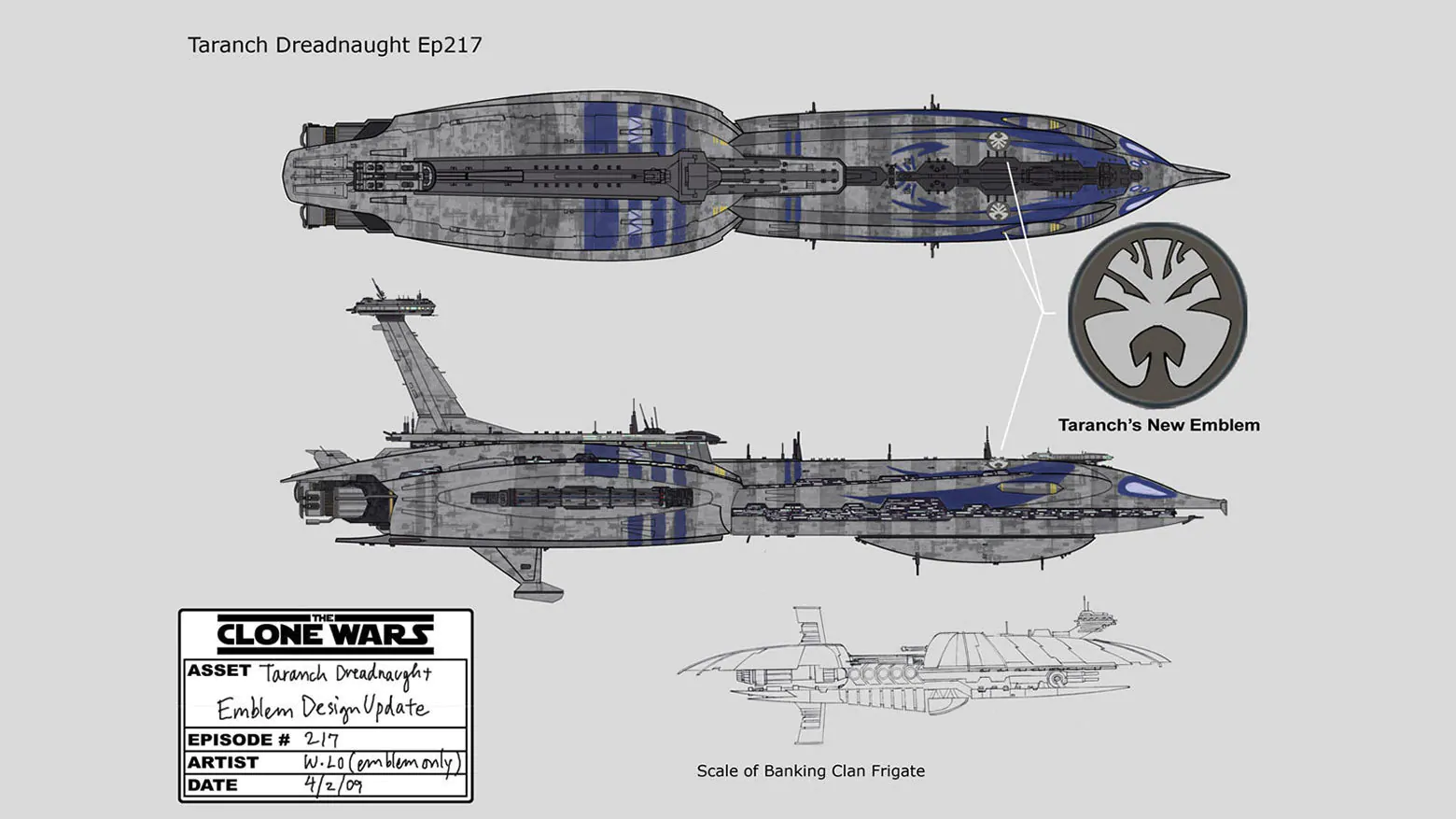 By measuring the Munificent and normalizing its length to 825 meters, I was able to calculate a length, in meters of the Providence: 1,580 meters to the Munificent's 825. That’s much smaller than the over 2,000 meter-long double-the-size cousin of the Invisible Hand! With 1,580 meters as the length of the larger Providence, that’s actually a size that I can easily see matching the length of Grievous' Invisible Hand as well. Remember the ships in this shot?

Here's a Venator included, scaled at 1,155 meters based on the Munificent's length of 845 meters. Looks pretty close to the relationship of the Venator and the Invisible Hands during their broadside, huh? Look at where the Venator's bow ends... 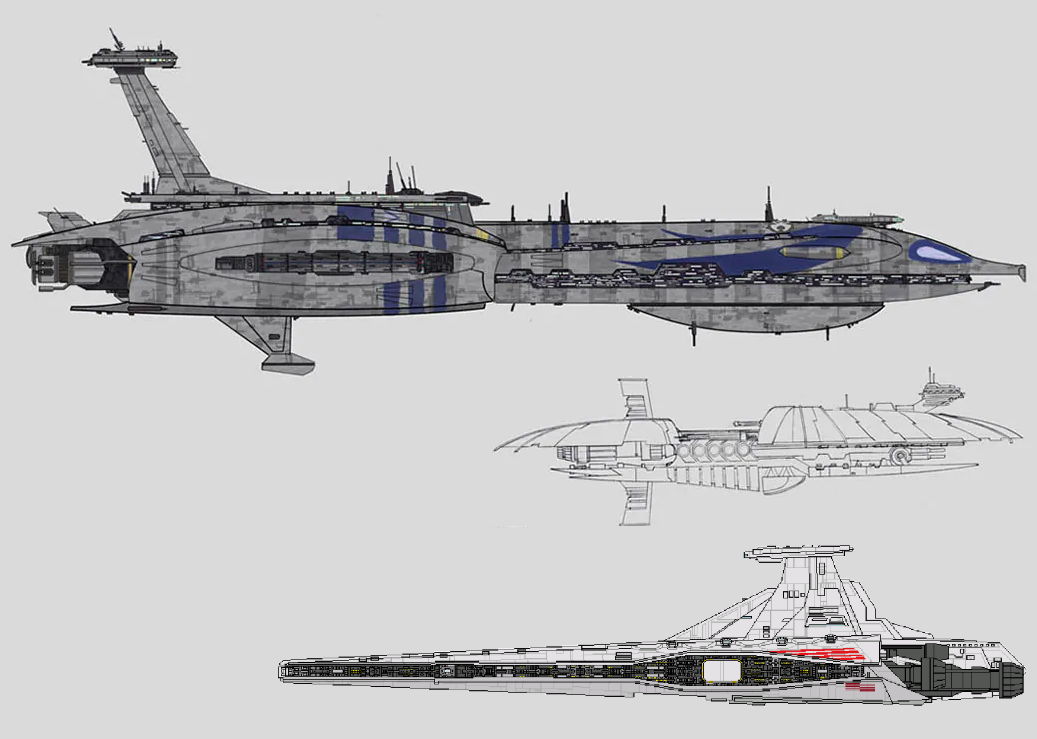 Also, it's interesting to hear Lucas describe Grievous' ship as a “Star Destroyer” in the RotS commentary, especially given that this length of 1,580 meters is nearly the length of the Imperial Star Destroyers at 1,600 meters. Perhaps that's what the original art team at Lucas was aiming at back in the day- a “Star Destroyer” type vessel, not one barely 1,000 meters long?

Now here is a mock-up of the Venator and Providence broadside as seen in the film, scaled at 1,155 meters and 1,580 meters respectively. As they say, "if the shoe fits"... 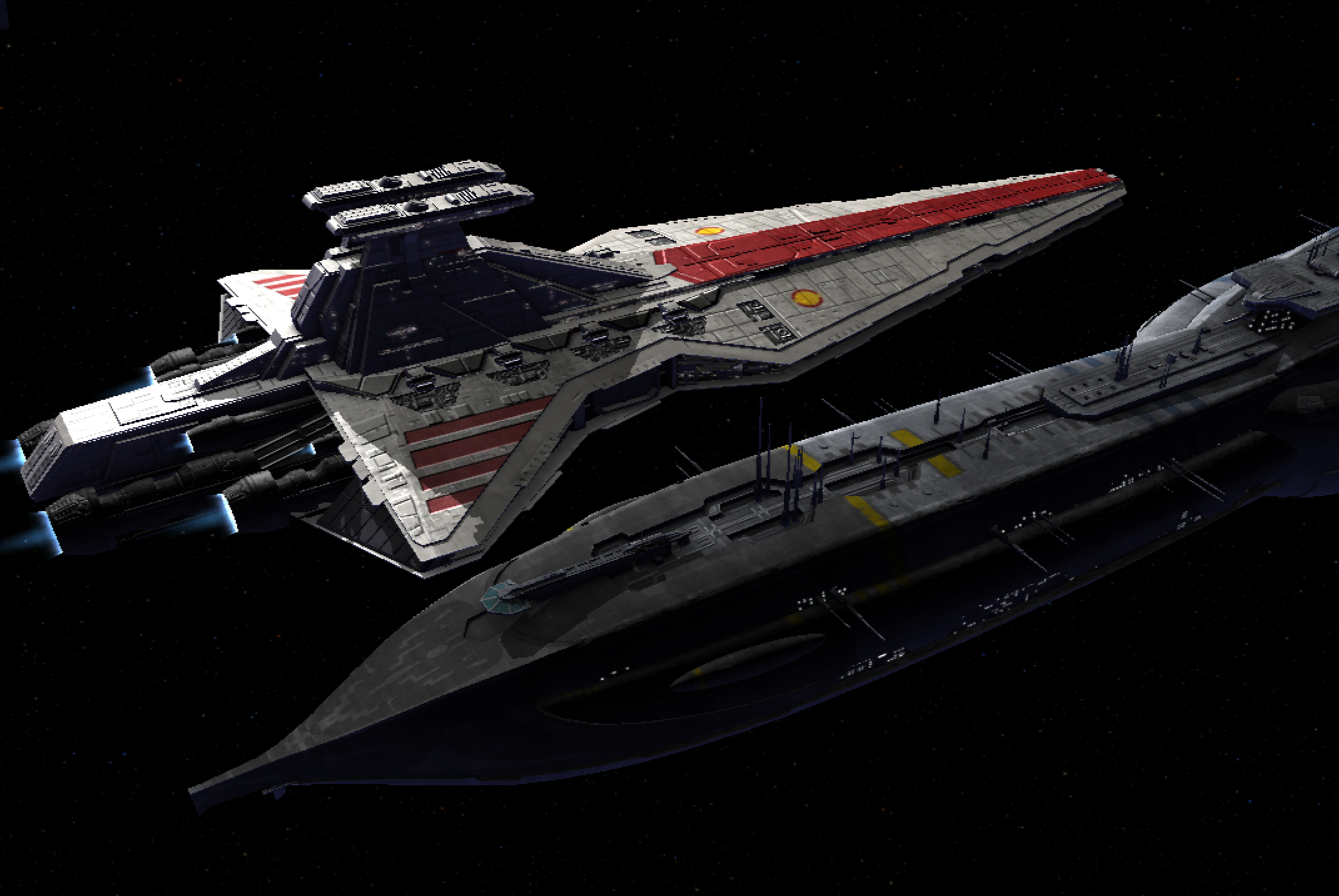 Now here's the same shot but with a 1,088 meter long Providence against the same 1,155 meter long Venator. No part of either ship is lining up with the other anymore and the bow of the Venator is dramatically further down the length of Invisible Hand than seen in the film. 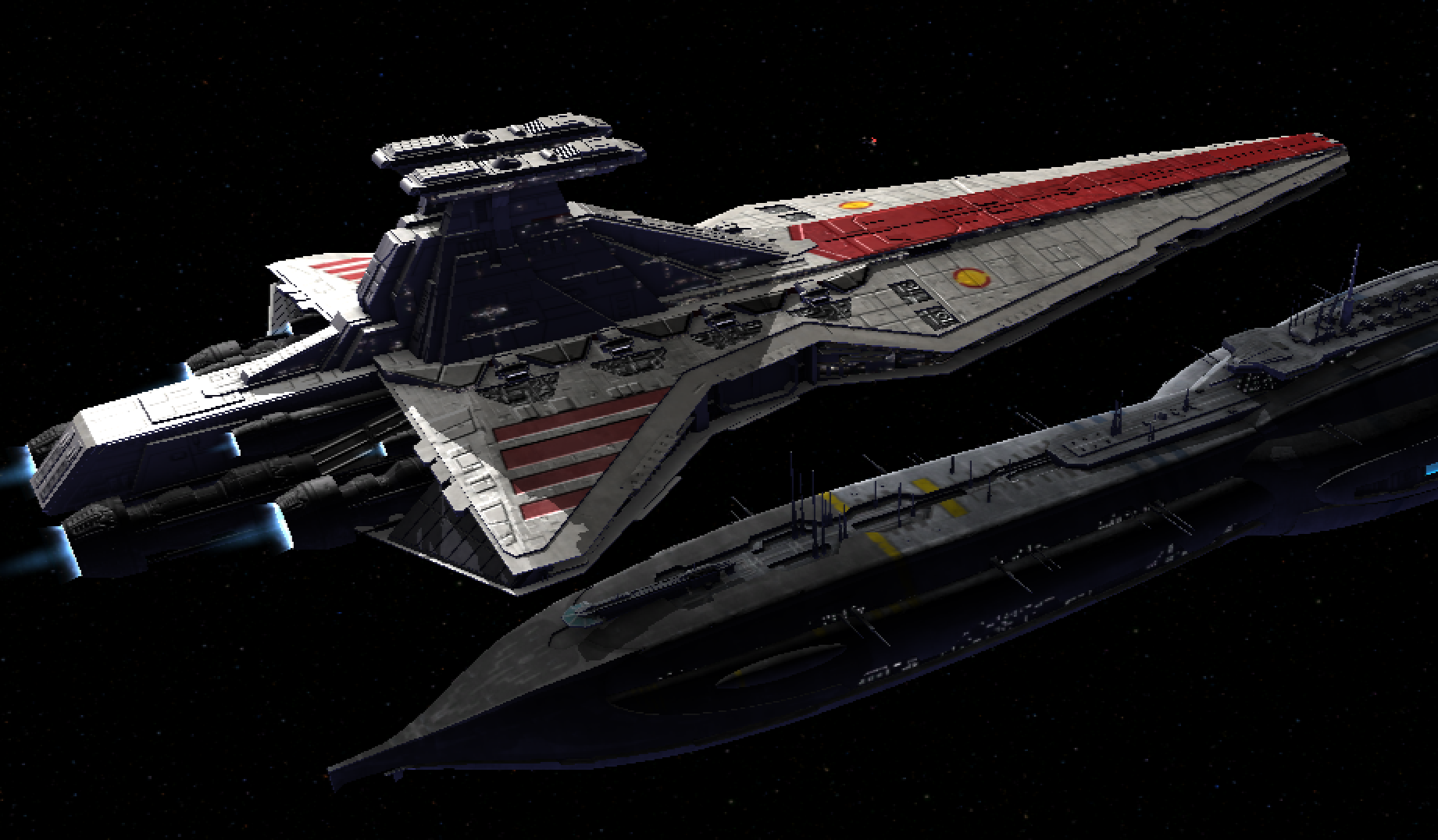 Given this, I’m inclined to scale the Providence-class Dreadnought at 1,580 meters. At that length, I’ve even been able to fit scaled MTTs inside the hanger with headroom to spare, as seen in the film (something impossible to do with the cramped little hanger of the 1,088 meter-long Providence). But what are your thoughts? Am I wrong in my assessment of the Providence’s length in the film? Is 1,088 actually the reasonable length from watching Revenge of the Sith?

Fun side note: what appears to be Admiral Trench’s original name as seen in that concept art: “Taranch”. I guess “Taranch” was a bit too on the nose, eh?

NOT DEAD! This mod is very much alive. I apologize for my absence.

Update on the remaining work left that I've identified.

Sorry for the confusion! The mod was not released Dec. 1.

Complete list of in-game planets. Any omissions or suggestions are welcome! This does not have to be final.

Oh I am surprised! I thought it was all, I'm glad to start the year knowing about you and your project

A shame, another mod in the trash 😪

You promised us an early release and now you stopped? I understand you have your real-life problems but at least give us something please!

Did the mod die?

It is risen. Acutally, A Clone Wars Story was never dead, I just work on it regularly in freetime and have been terrible with updates. I'm prearing some new screenshots and CAN NOT WAIT to show you what I have for you all!

The mod is very promising, I hope you are well and soon we will have an update, I will keep waiting for your return :)

Hello ! Hope you're doing well. Got any news about the mod ?

The end of the mod is near.

Omg!!! Im so happy to read you ! Thank you so much for your work ! Can’t wait to see what you’ve been preparing !