The game is now consisted of four Eras, from the early days of the United Earth to the adventures of James T. Kirk, Spock and Leonard McCoy.

What should be the fourth faction added to the mod?

Way too much time passed without any news about the mod, so let’s kick off this new year with something special. Without much further ado, please enjoy a new, updated version of the mod v1.6, available from the download section!

As you all know by now, with the release of v1.5 about eighteen months ago, I moved on to add new eras to the mod, and didn’t plan to return to Federation Dawn. But with Armada II’s release on GOG and thanks to the contribution of the community, there was reason (and bugs…) enough to come back for another update.

Based on player feedback, I decided to rework the research system a bit. The time and costs of R&D projects are reduced. In exchange, special weapon research cost and time is increased significantly. These changes were made to let the player build more ships, but researching every special weapon may take up so much time that they won’t fit into the era they became available. So you have to play more strategically and plan which ships you’re going to use, and focus on those special weapons. Note though that because of the philosophy of the mod, no special weapon is a game changer. There are situations, when they are useful, but they are not designed to turn an otherwise mediocre ship a powerhouse.

Another minor addition is that the Free Tech play mode is now available. If you’re not familiar with it, Free Tech allows you to build every ship and station immediately, without any prerequisite research. The only limitation is that you can’t rush forward in the Eras, so you won’t be able to build Constitutions in the first era.

Note though that there wasn’t much testing put into this mod, I consider it more as a “tech demo”, but preliminary tests show it to be just as stable as playing the mod with Standard Tech.

Speaking of techs, I got some questions about the Klingon research costs. To explain, why are they so high at first and so low later, you have to understand the Klingon administrative system. Since the death of the last Emperor, the Klingon Empire is in the hands of the Great Houses who established a kind of oligarchic confederation. Every House has vast rights to govern its own territories – in this the Klingon Empire is ironically more democratic than the Federation – but that also means that the system is corrupt, slow to react and ineffective. This can be seen in the early techs when the Houses demand a big sum for even a simple ship design for the Empire. It slowly changes as the Houses realize that it’s their common interest to beat the Federation in the General War. That’s why they eventually lower their demands in exchange of the High Council’s silent agreement that every design will get an order from the central government. This has a dual effect. While it makes ships, like the excellent K’t’agga (D7) Class easily available, it also leads to ineffective designs being used in the Imperial Fleet as well. 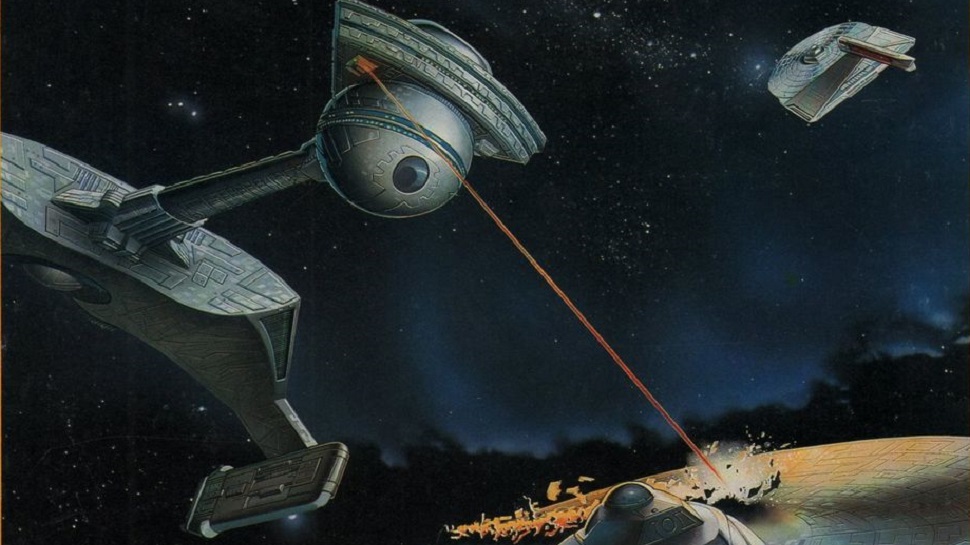 One thing that some of you asked for but didn’t make it into the update was the review of the visibility of the research buttons that mostly affects the Federation and the Romulan players. Currently the research buttons only become visible (with the exception of special weapons), when the requirements are met. This may cause that some research stations have no research options and you have to check back every time if a new research became available.

The basic concept of the mod was that the players have to discover the techtree for themselves and learn what techs may lead to the desired ships. This is especially true for the Federation where the research philosophy is that they don’t research techs for a starship, they design a starship with the techs available.

I see now that this may be difficult for some, and I’m thinking about a different approach, but it would take too much coding and testing, more time that I want to spend on this update. The system may see a revisit in the next release.

There were some updates to the AI as well. Coding a capable AI is the most difficult and time consuming part of modding, because the human player can find various ways to exploit any weakness. A good AI can recover from almost any situation, stomps you into the ground on merciless level, but can be fun to play against fir a beginner, if tuned down enough. This requires an insane amount of playtesting, so if anyone feels the AI is not as it should be, and you feel up to it, don’t hesitate to contact me and help improving it further.

You’ll find another new file in the download section, that contains the files required to change the length of the Eras. By default, at speed 1 it takes 15 minutes to advance into a new era. But if you want to rush things, because you can research everything in less than 15 minutes, here is a solution for you. You can reduce the length of an Era to 10 or even 5 minutes! On the other hand, if you want to spend more time in an era and enjoy its unique feel, you may want to increase the era change time to 20, 30, 45 or even to whooping 60 minutes, which means you’ll have to play at least three and a half hours to reach the final techs!

Note though that these only change the era advancement speed, and don’t change the research speed! So shorter eras mean you’ll be always late with your researches, and longer eras mean that for a period you won’t have anything to research. But this release, combined with the instant action setup option, should give enough flexibility for everyone.

That sums it up for today, you may check out the (hopefully) last update for Federation Dawn and now I’m really digging into the next release, Imperial Morning that will contain two new playable Eras, and will encompass the era of the Kirk movies. Modeling is 99% done, only some stations remained. The transition between the ‘60s like TOS and the very ’90s like TMP is difficult sometimes. The first lines of code were written as well. There are a few new features I want to include in the new release, but if everything goes smoothly I MAY have a new release for you within the year. But that is not a promise…

Until that, enjoy a few more images from the upcoming eras: 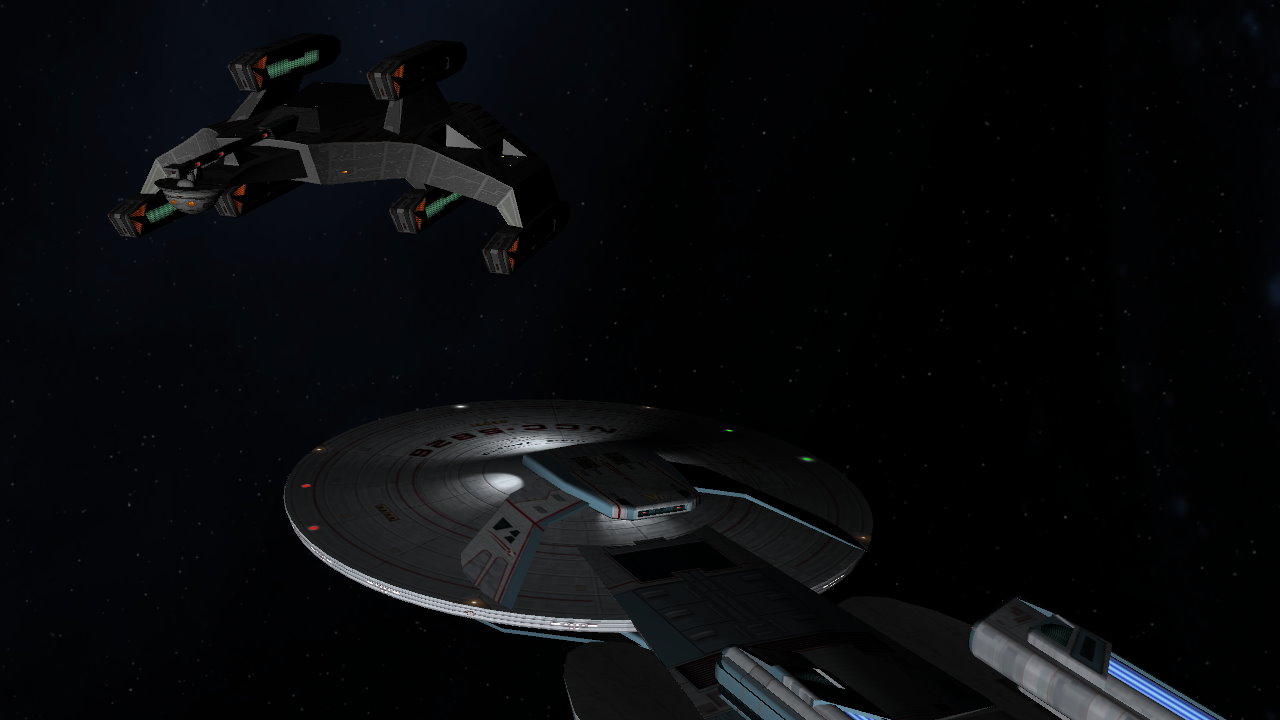 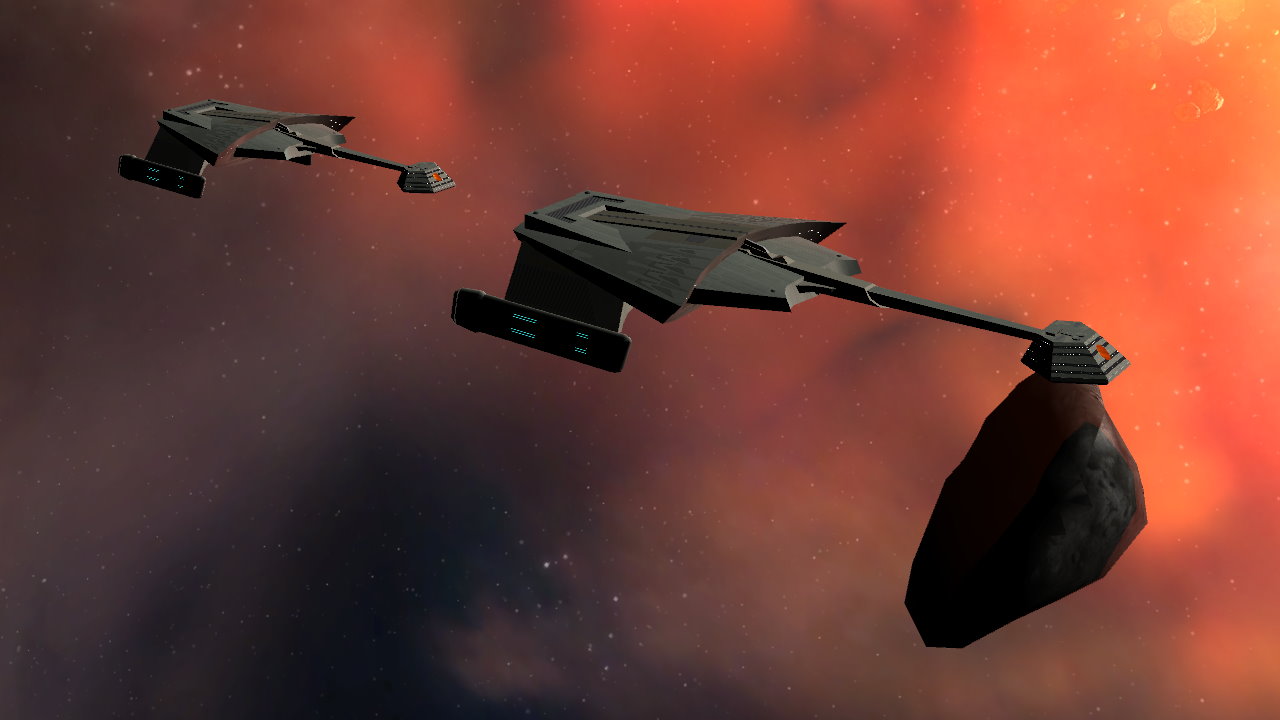 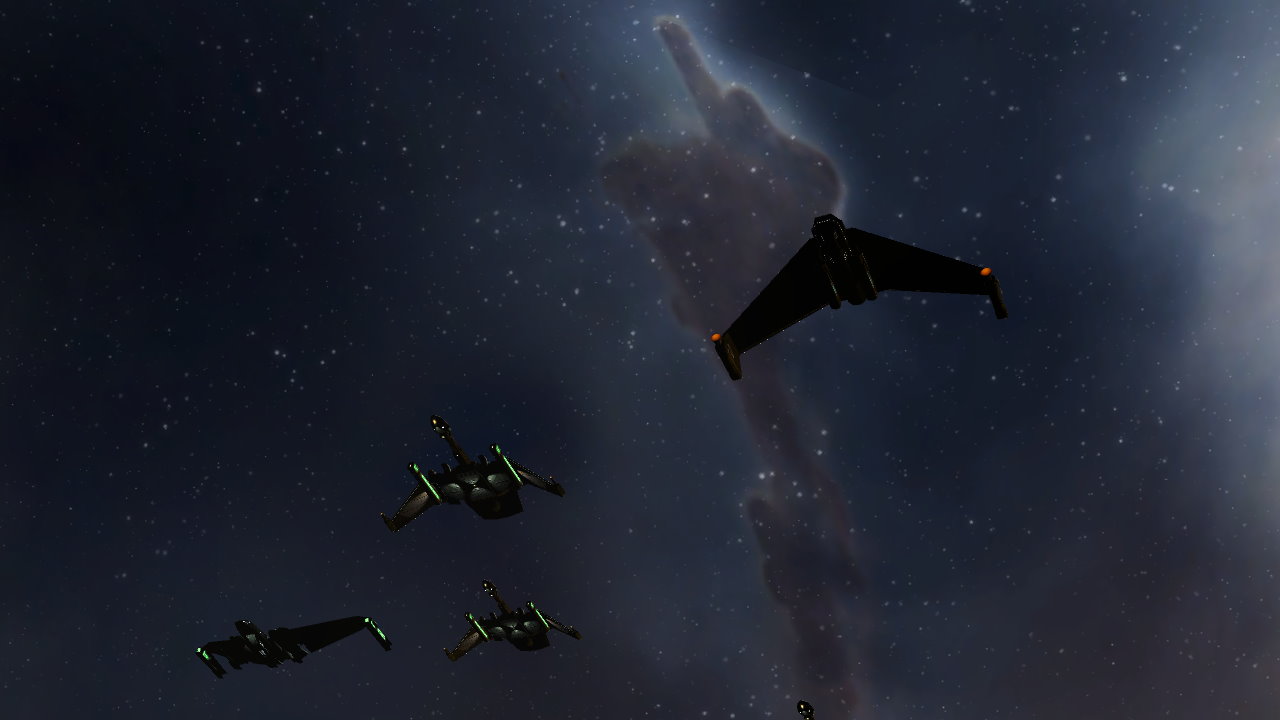 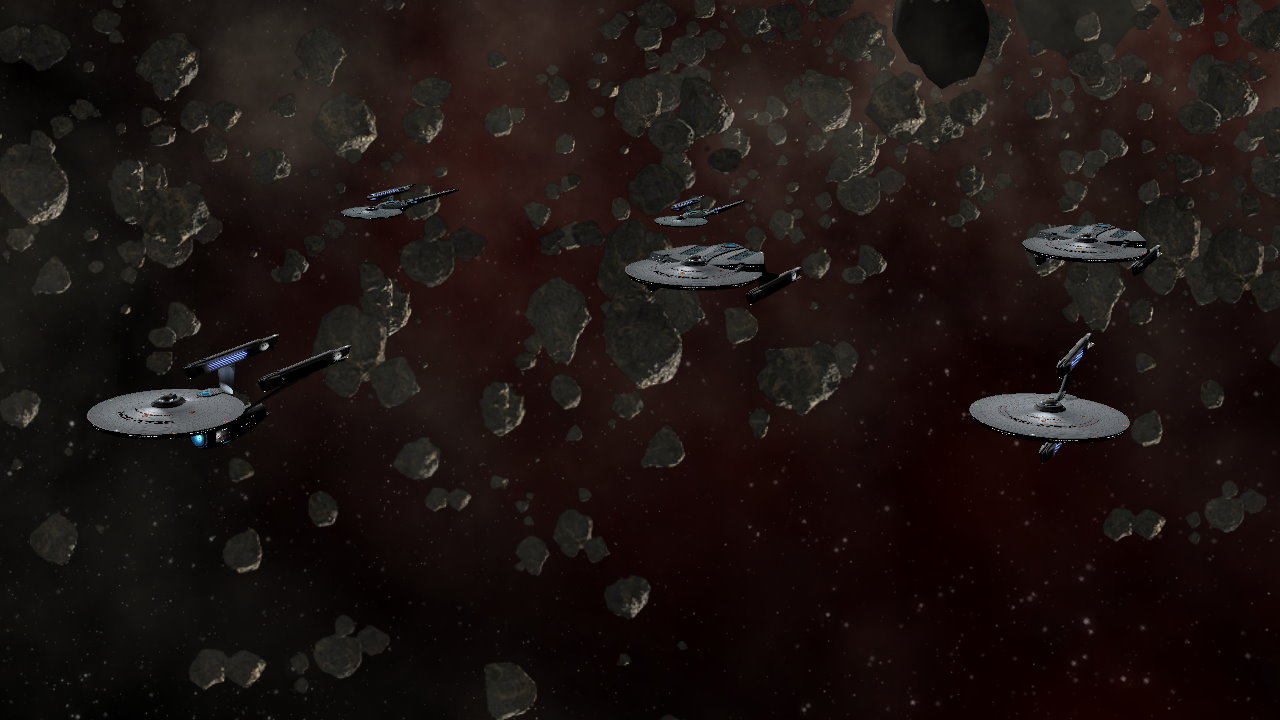 There is no ship that had more variations than the Surya Class. This vessel lived on in several iterations after the big Stafleet overhaul in the 2270s...

An era of lasting peace, or an era of missed opportunities? Why the new expansion is called Imperial Morning instead, Federation Morning? Let's find out!

The next release will advance the history with some 70 years, so let's take a quick look at what happened in the Alpha Quadrant during this period. An...

The project is still alive and well, There just isn't much to talk about.

Four playable eras, three playable factions, and a lot of bugfixes from the previous version.

Federation Dawn with the full fourth Era added, with many new features and bugfixes. Play from the era of the United Earth to the legendary five years...

Federation Dawn with the full fourth Era added, with many new features and bugfixes. Play from the era of the United Earht to the legendary five years...

This patch will extend the time it takes to reach the next Era from 15 to 20 minutes on normal speed. Note though that the AI wasn't balanced to work...

A new, patched version of Federation Dawn that deals with the bugs that have been reported since the initial release. This version comes with an installer...

I remember an old mod like this. Birth of the federation mod for armada 2, which starts in 1969 and has the moon lander and ISS, and goes all the way to tng/ds9/voy era. but I cannot seem to get it to function on windows 10 or windows xp via virtualbox. would be a nice extension to this mod by adding nasa and things from the botf mod before the first era of THIS mod. it can be found here
Armadafleetcommand.com

It was me who made this mod :)

Well, thank you for your work! I loved it as a child!!!

Is there a chance that you could get it up and running again :)

I have upped the difficulty..the Romulans still don't build much past the first era...they built a few second era ships before they stop producing. 2 AI Hard Roms vs 2 AI normal Klingons vs Me as a lone federation....I get the entire klingon attack as the Romulans barely do anything.

Ran into a little issue with the Romulans as an AI...they built the Sabinus, Veronas, Tyrannus class ships from the Rom Earth war....then they stopped building entirely after they lost those ships. They just sit there until they are wiped out. The Klingons an the Feds fight tooth and nail everytime

Im not sure whats happening but if I load Fleetops its fine. But if I start a game in this mod, the game closes. :(

Have you tried the 1.5.1 version? Apparently something wen wrong between the process of archiving the files and downloading it package because many of you had this issue, but it seems to be fixed now.

I have the same issue, but only if the selected race is federation.

Nobody else reported this issue, and I can't reproduce it either, even from a clean install. Can you be more specific, what EXACTLY is happening?