From the inception of Sigma the goals have been fairly straightforward: Create a deep RTS game with a unique and original universe and populate it with as diverse of factions as possible.

- 5 completely unique alien factions to take control of
- Dozens of NPC races to encounter, befriend, or destroy
- Unique celestial ecosystems: Rather then the void of space you'll be fighting in rich environments populated by space-born creatures and organisms
- Over three hours of original music by game composer MonarchyOne
- Developed in coalition with the popular Fleet Operations modification.

While there's not been much activity here on ModDB, there certainly has been behind the scenes. Since the last patch released much work has been done, in particular a massive overhaul of two races: The V.R.A. and the Zevestivan. All models for both races are being remade from scratch, and some of them can be seen in the most recent Bright Future Trailer. On to more details though, as a visual makeover is only the surface of what these two races are receiving.

The next update will feature the V.R.A. redo and with it several key changes to their gameplay style.

1) No more complicated Refit system: The often criticized refit system has been ditched. You can directly build the class of ship you want from any yard once the blueprints for them have been purchased from the Colonel Center. This allows a V.R.A. player to pump out three ships at a time from one yard mainframe: a necessity since the V.R.A. depend on numbers more then anything. 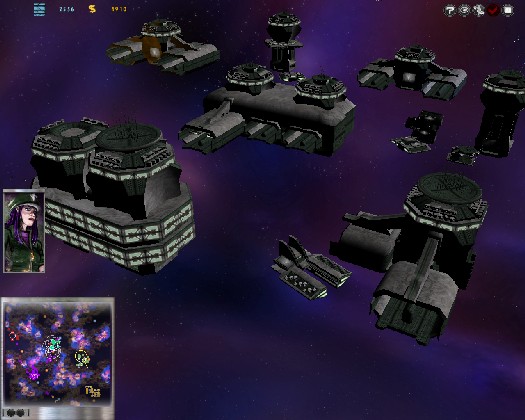 2) Defensive Additions: The V.R.A. are a much more defensive focused faction this time around: securing key spots on the map and expanding through attrition while out-resourcing your enemy is the name of the game for them. To help accomplish this all V.R.A. bases are equipped with full batteries of flak cannons and in some cases missile launchers. This essentially makes any stationary base a makeshift turret. 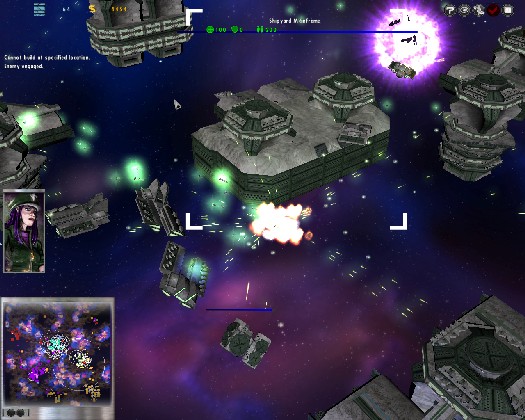 3) Better Weaponry: Sticking with the philosophy that a big rock still hurts when it hits, the V.R.A, are armed to the teeth with ballistic weapons. The V.R.A. take the shotgun approach and unleash large clusters of flak fire in a general direction in hopes that something will be hit, while their missiles home in on the nearest enemy signature. As such the V.R.A. excel in dealing overall damage rather then focusing on particular targets. 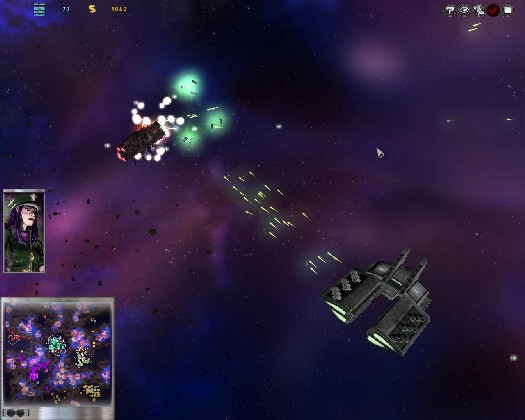 4) Green is Good: Gone is the cliche white and blue look common amongst all humanity in most sci-fi medium. The V.R.A. radiate an eerie and pale green in their lighting, architecture, and weaponry in hopes of helping them visually stand out against the plethora of space age humans. 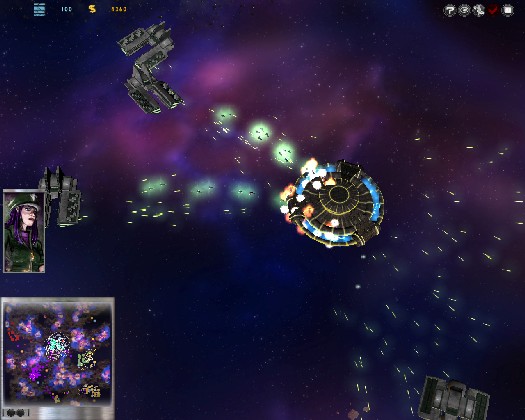 Sigma will include a mixed tech feature in the next update patch.

A Release is Just Around the Corner

A fully functional multiplayer version of Sigma is only a short time from completion.

A small "bug fix" patch that corrects a few errors that slipped into the recent version.

A new version of Sigma that seeks to eliminate some bugs from the previous version as well as showcase the new Mod Manager of Fleet Operations and introduce...

The first full multiplayer version of Sigma is released.

excuse me Undying? ): I really sorry to bug you but I really need help, or least from anyone here that knows.

Does anyone know where I can get a free download for the full game of star trek armada 2? I wanna get this mod cause this is really cool looking and I been playing your hyrule total war mod and I a big fan of your work (:> but I can't find a reliable place to download game that not risk giving me a bad virus ):> so if anyone knows please help me

The mod's based off of Fleet Operations instead of Armada II. You could play the older version of Fleet Ops by using a no-cd key glitch for Armada II, making Fleet Ops a standalone game.

Unfortunately the mod's dead, and the version of Fleet Ops that it ran on has since changed to a new engine, so I'm not sure if this is even playable anymore. Sorry, mate.

As of recently, I have tried to install Star Trek Armada 2, but discovered my disk was damaged beyond usefulness. So in an attempt to play my favorite star trek game I downloaded a .mds virtual disk, proceeded to mount it and it installed properly but when I attempt to play it states that I don't have enough hard drive space (at least 50MB) which I have plenty of. I was wondering if anyone here knew a way around this or a fix.

So the mod work from the menu but it wont load as it says the Mod is out of date? can you help me out with updating this?

Where can I find Fleet ops?

The latest Fleet Ops patch is always on their website: fleetops.net. I'd recommend waiting for the nest version of Sigma, though to answer your question 2.1 is the newest version. 2.1.1 is a patch for 2.1

I have tried to play this mod, but it keeps crashing after I try and start a battle. I have fleet ops 3.2.6 and I have try to play on sigma only maps. help!

Did you install Sigma in the Fleet Ops "Mods" folder or did you paste it over Fleet Ops?

I tried both. Pasting over actually changed the menus and let me pick maps and start the battle before it crashes. Putting it in the mods folder doesn't do anything.

When you paste it in the Mods folder and start up Fleet Ops are you able to go to Options > Mod Settings > Sigma in the menus?