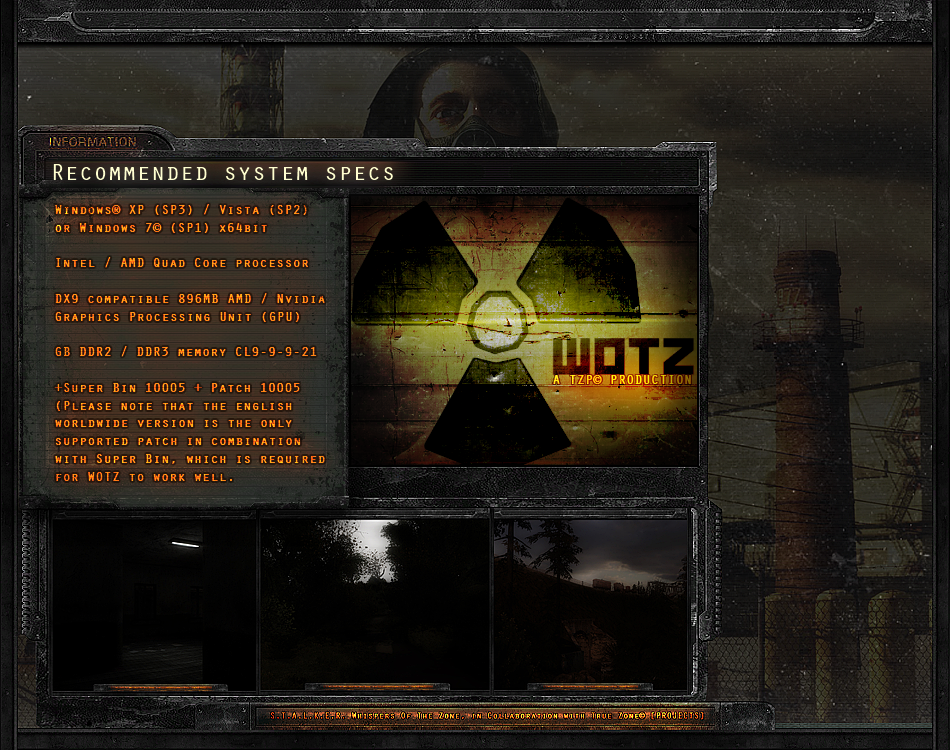 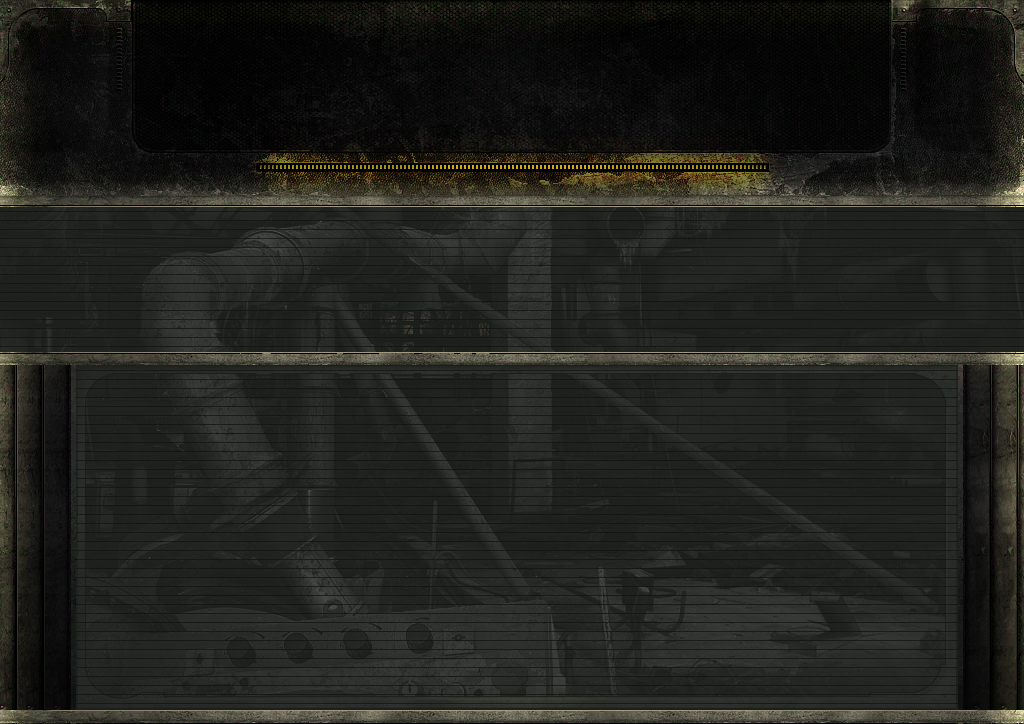 Hello everybody, so you have probably been wondering where I have been for the past 8 months?

My response to that would most likely be "Sitting on my computer, playing games". However, to sum it all up I have been doing a lot of other things; however neglecting the project at the same time. I would like to say sorry to anybody who has really been wanting to play this mod, or anybody who just likes mods. I really should have been working on the mod however, life calls from time to time and tells you to do something more productive.

So, will I be continuing the production of this mod? Yes.
Will I be devoting a lot of my time towards it? No.

I will be working with 828 Studios on their modification - Clear Skies.

All Weapons, Ammo and Armour are being re-designed to provide a realistic ballistics scenario.

A New, But Great Feature!

A New, But Great Feature! You will now be able to have conversations with other Stalkers. You will be able to be-friend them or make them Angry! And also...

W.O.T.Z. - Where Is This Project Heading?

Just some information on why there haven't been any updates lately.

I Have Been Busy Lately - Sorry

No, I have not given up on the project, I have had a lot going on lately.

Can someone tell me please what is this 'super bin 10005' mentioned in recommended system specs?

Oh. And "realism" and "sway when aiming" don't go together.
What do you think snipers train for? Theres a reason the breathing technique was invented. For firing from the hip yes, but thats one thing that will ruin the experience for me, so i guess i won't be getting this mod.

Yes. Snipers do train for that. But all snipers will agree that standing up sniping with no support will still have sway. Guess you don't like realism huh?

Well, the project is nowhere near complete. I have a long way to go yet and I don't feel like working on the mod. However, I will take everything into considering. It would be hard if not impossible to add a breathing system to the game to stop weapon sway while aiming. It is still realistic, even when holding your breath you aren't 100% accurate. Remember, your muscles don't always stay stiff when holding a gun; Definitely a heavy Rifle.

Is this Dester's Arsenal mod?

No, it doesn't include the Arsenal Mod.

any update on this project?

I have taken a slight break from the project, I am focusing on getting a car and helping out with the "Clear Skies" mod for Clear Sky.

The mod has in no way been cancelled and most likely won't be.

thanks for the info. wish you luck with finishing this

Single Player
Tags
Embed Buttons
Link to S.T.A.L.K.E.R. Whispers Of The Zone by selecting a button and using the embed code provided more...