Is Call of Misery too easy? Then you belong here!

Some information about a new mod on the scene from our partners in modding.

As most of you know, Last Day is a modpack based on Call of Misery. Call of Misery by itself hasn’t been worked on for quite a while, but for a good reason: the main developer – Lanforse, along with his team – were busy with another project, and information about it was kept in secret throughout its development. However, recently, a new post was made in the official VK group for Call of Misery, containing over 80 various videos, demonstrating the features of the previously named ‘post-release’ and now ‘Dead Air’ project. 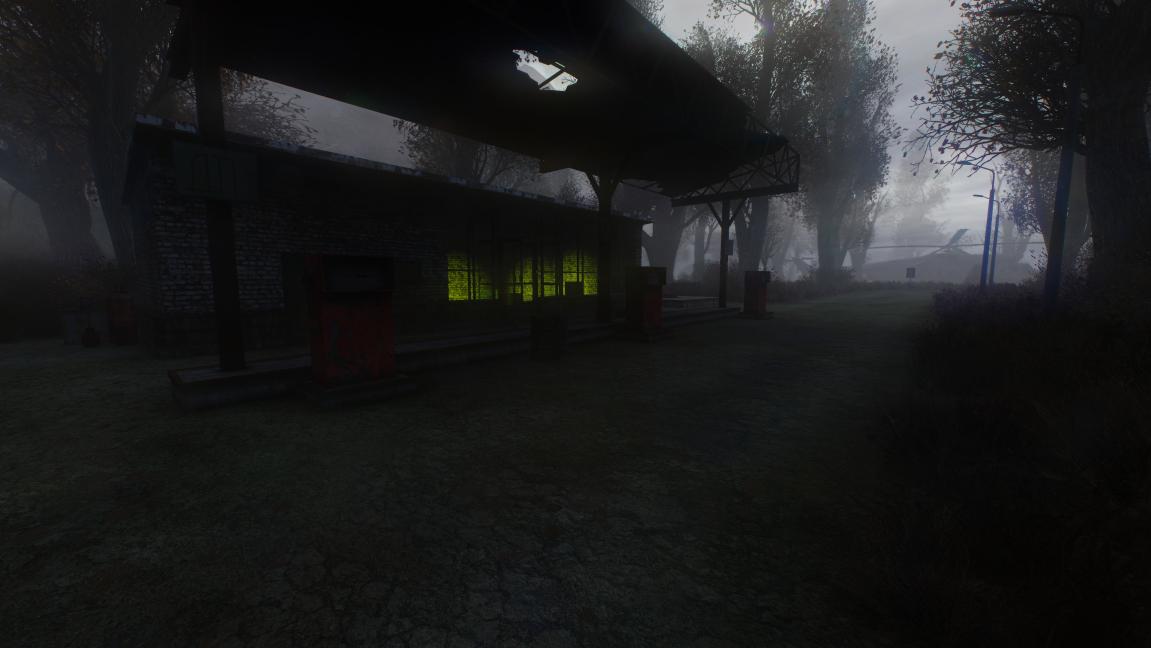 Dead Air is a global modification based on Call of Chernobyl that changes all aspects of the game, starting from graphics, audio, special effects, and ending with various gameplay and AI features. The modification evolves from the ideas started in the author's previous project: Call of Misery. The major inspirations for Dead Air were projects such as NLC, MISERY, Autumn Aurora, and OGSE. Dead Air prioritizes the development of the platform's potential, gameplay complexity, and attention to details, along with working on both quality and quantity of content.

The page of the project can be found here.

what the heck is going on lol

Thanks for the info!

Wow, I am not going to play anything else for some time when this gets out

I'm really excited for this mod, thank you!
But this must mean that CoM is almost certainly dead...

I always dreamed of doing this with Stalker, improvements in AI, totally, but my idea was to redo X-ray.

I remember about a year and a half ago, there was a team here in my country who had a programming knowledge, I met a good staff and we discussed the matter for hours at Discord. We started to develop something on X-ray progress lasted only 4 months, until a good part discourages ...

Some had never played Stalker until I talked about the idea of ​​working on X-ray, some with so much ignorance told me (Time wasted on a sandpaper engine like this X-ray), so I dropped everything and cornered the project , today I put some work on top of other games, but in X-ray only (let's say: I'm kidding), in creating new animations, even because my time is short ...

But seeing now a united people developing this Dead Air, gives me hope that we will still see something similar to Stalker 2 ... good Lost Alpha woke up my mood, CoC gave me hope, now all this development on CoM and Last Day, I am proud to see this .. Pity that in my country most only want to work on something receiving money ... If it does not involve money nothing comes out, this happens with 90% of the developers here. A real Pity.

So does that mean there will not be any more support for this modpack? Like nothing will be added in or changed? I'd hate if that happened as i just started playing Last Day and it's so good that im having a hard time getting off it :)

No, Last Day and Dead Air are not connected directly. Last Day was made by colleagues of the CoM team, and the latter is now making Dead Air. Respectively, Last Day is entirely up to the Last Day's team.
Sorry if it wasn't clear from the article.

No bro, English is not my first language. That's why i couldn't tell the mod's current situation. Thanks for the answer, I'm glad it will stay alive :)

Is the link gone for anyone else?

Which one? All of them seem to be working for me.
Dead Air's page can be found here: Moddb.com

Apologies, seems like the link got updated, it used to say 'deadair', now it says 'dead-air'

Anyone heard how much longer until it’s released ? The excitement is killing me LUL

Genies of the Zone

Genies of the Zone Developer