A year of development

Anomaly 1.5 is the biggest update yet. A complete rework to the game that has dealt with almost every aspect. This includes - but is not limited to - the following... 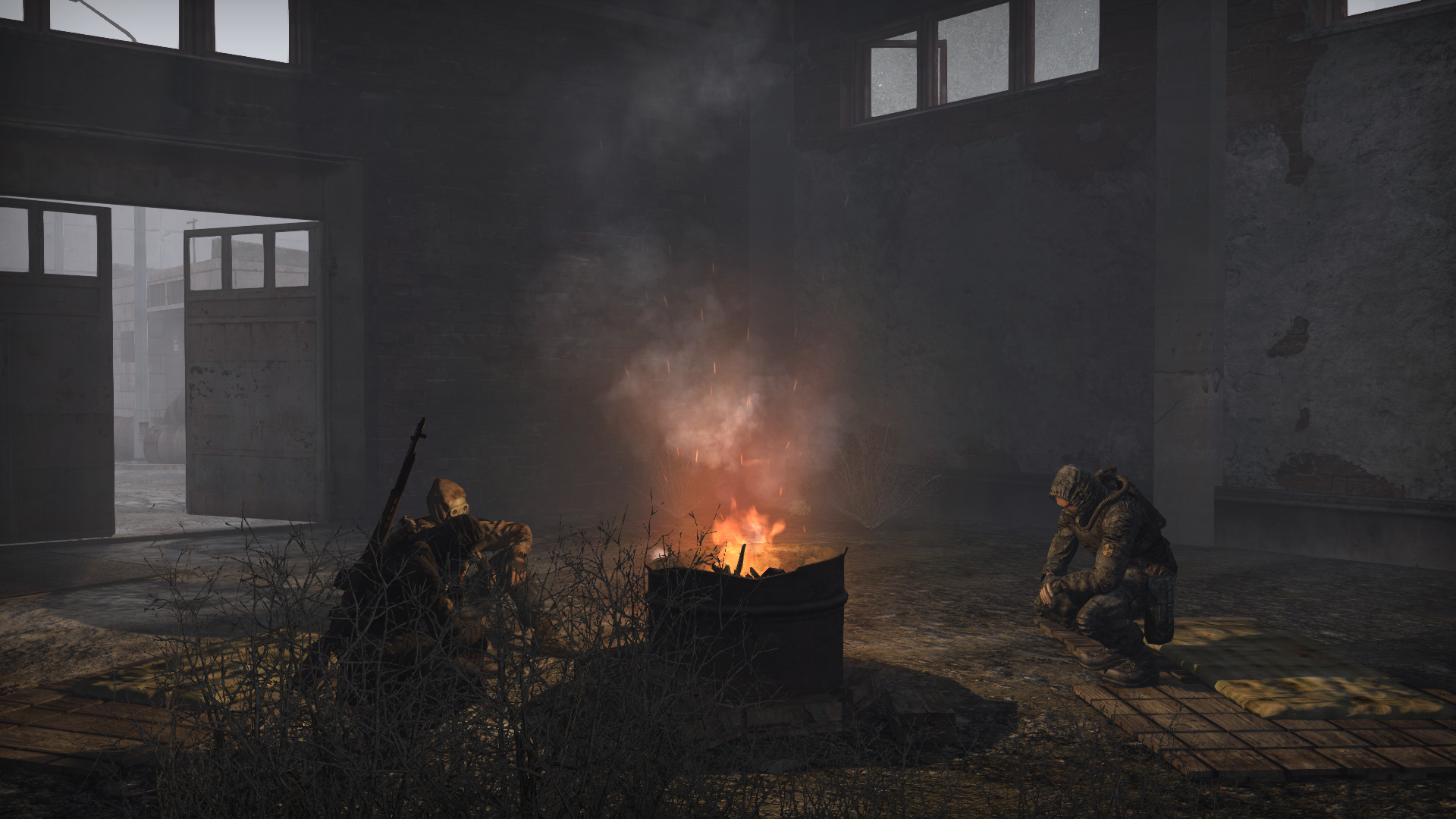 Additionally, you're free to assist your faction and complete their questlines (DRX).
The majority of quests will offer info about your targets before accepting, in addition to new types of quests to keep the player busy.
Every stage of the storylines will unlock a bonus faction for the player. A new set of achievements have been added to game as well. 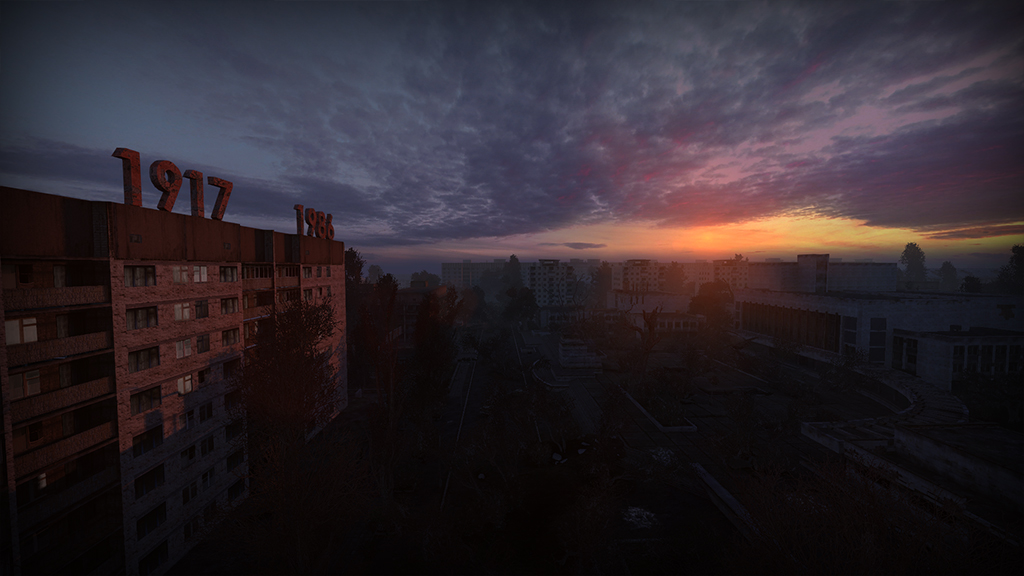 Every single level has been reworked to help convey the feeling of an overgrown, relatively undisturbed Zone.

The weather system is improved and expanded to offer variety and atmospheric feel. In addition to the new Weather Editor, offering an interactive GUI and the ability to create, modify and save weather presets. Weather changes can be done and seen in real-time at no cost.

Shaders and visual effects have received major improvements, such as the new gasmask with nice refractions, cracks react to light and raindrops. In addition to better tonemapping, water reflections, new wet surface shaders and more. 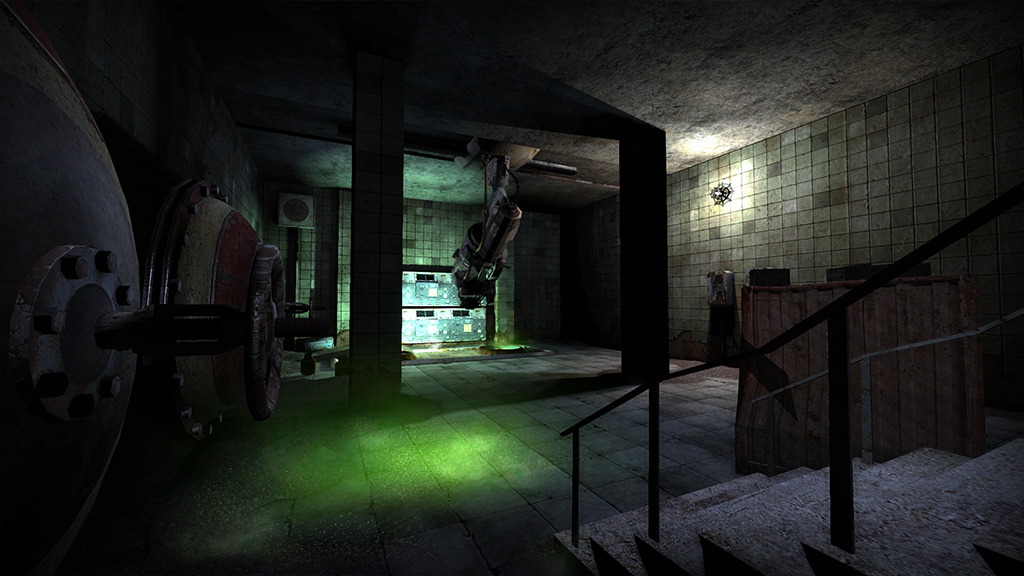 The disguise system has improved. Your equipment and behaviour affects the way stalkers observe and remember you.
Your rank and reputation counts. Exceptionally high or low values respectively will attract attention, possibly even from your enemies... 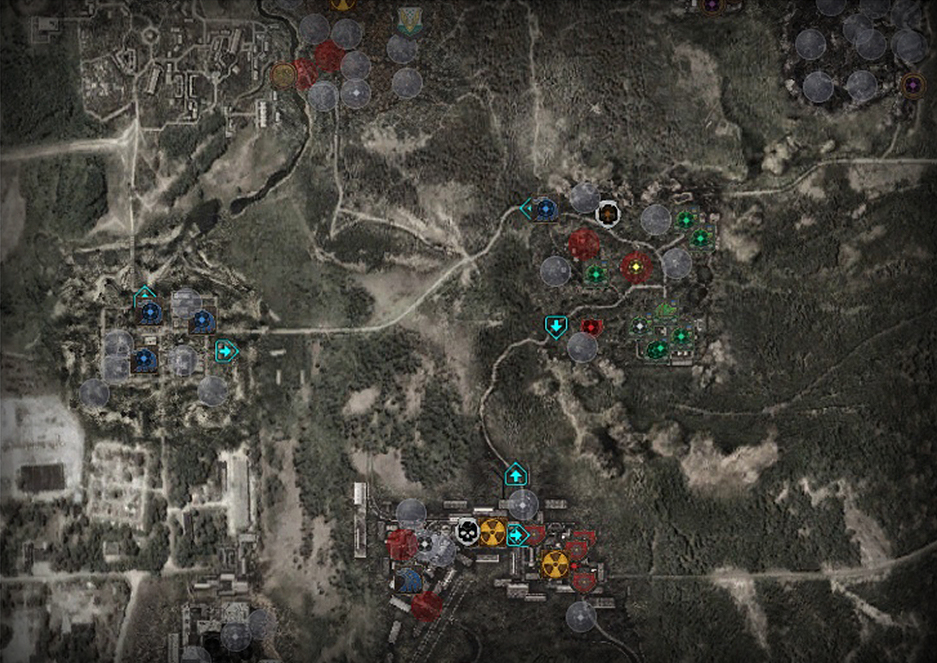 Warfare has become a part of Anomaly as an optional mode. It simulates conflict between different factions in a dynamic fashion.

A special PDA tab is added for Warfare mode, allowing the player to track the progress of each faction in the Zone. 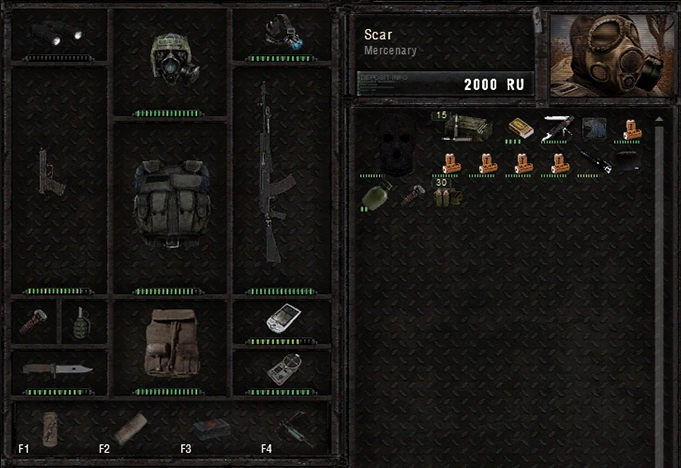 The inventory has been expanded with more item slots.

A lot of changes have been done to the item system: all devices operate by their own batteries, and you can swap batteries between devices.

Backpacks are essential and increase your carry weight while equipped. Bolts - a vital tool for traversing anomaly fields that we often take for granted - are also limited when playing on the hardest difficulty.

The outfits and weapons list is reworked with more unique stats and properties. Weapons scopes and sights have received a big rework, in addition to new animation effects and the ammo wheel: a simple GUI to change ammo type quickly.

PDAs found on corpses can be viewed by the player to dig up the messages inside. Messages related to the dead stalker can be about anything, search for any important info you can find.

A new set of headlamps and PDAs with special features are available. Additionally, 3 new detectors are added for quests and general-usage:
The Geiger Counter is now a detector with its own model, showing the rad amount on its screen along with a keybind to show the value on the HUD.
The RF Receiver is able to catch signals coming from different radio sources. Along with the Anomaly Measurement device, both are used for different type of quests.

Update 1.5 [Beta 3.0] is FULL REPACK and STAND-ALONE. Don't attempt installing it on older version or other stalker games, just unpack it on an empty folder and play.

1. Create a folder for Anomaly

2. Download and unpack the 3 parts of the repack in the folder you made:

NOTE: make sure that the renderer selection in the launcher matches the one in video option inside the game

Report issues and bugs on Anomaly forums. Upload your log file (found in appdata/logs) and describe where\when or how the crash happened.
You can report bugs on the Discord server for Anomaly (in #progress_feedback channel) as well.

Nice!! Hope it's not another year of waiting for the release version.

Thank you for all of your hard work. Amazing!!

Congratulations on the new release, looking forward to giving it a go!

Where do I disable the motion blur?

Go into the game directory, open the "appdata" folder. Find the "user.ltx" file and open it with notepad. CTRL+F and search for "r2_mblur" and change the value there from 0.2 to 0.0

yooooo this new update is freaking dope !! keep up the great work and have a wonderful day .

Thanks for the update and all your hard work!

"Every stage of the storylines will unlock a bonus faction for the player. A new set of achievements have been added to game as well."

what does this mean?

You have 3 + 1 bonus storyline , one of them unlocks Sin as faction , and I think last bonus one unlocks UNISG as faction .

The second sentence is self-explainable .

unisg faction? whats that? any backround?

The UNISG (United Nations International Scientific Group), is kind of like the Western counterpart to the Ecologists.

I can't find a wiki page for them, but I do remember seeing a video about them a while back. Basically they were supposed to be the the group of scientists that Scar escorts in Clear Sky. But for reasons unknown, were never implemented into the game and instead replaced by the ecologists.

EDIT: Here is a video of one of the builds:

BIG thank you to all main and side modders that work and worked on Anomaly - you guys just expanded the horizons of STALKER more ...

You guys did just amazing job! Thank you!

Please upload a torrent file for this download. Direct dl-ing is a pain in the ***, especially with such a gigantic file size.

congratz on new release ,wow and thanks..

Praised be the Zone.

heyho, can we please get a torrent? :D

I just created a torrent, see if it works

or a magnet link: Justpaste.it

This link is not working, but I would also love to get a torrent!

yea i made a little mistake, it should be working now

It's working now, thank you!

Why does anomaly Crash after starting the game??

Ok so I have this problem, there are no weapon sounds, not even knife slashing. There isn't any weapon sound or when there is, it sounds MEGA muffled and silenced, what could be the problem? Nevermind I solved it, great game so far I love it

Good evening.
Could this mod work on windows x32 version?

What to do to fix this?

Sorry, but at first its already says :

"Anomaly is a standalone S.T.A.L.K.E.R. mod powered by an x64 version of the X-Ray engine."

You guess it. Running a x64 application on a x32 system?

You can't do it. upgrade your system to x64, then you can run this game

hi anomaly developers: can you set the Turkish language of the previous version to the new version?
TR PATCH 1.5.0 Beta 2.4 (https://drive.google.com/file/d/1QC126kookX7c_762j2-dZQjihoIvJgOm/view)

**** yes for Warfare, one of my favorite addons for CoC is now an optional part of it!

I think it's okay to say:

Not great, not terrible, just about right.

Hello,
Should it be possible to implement the ability option to select all the parts of weapons and outfits, when upgrading, and not just one out of the two possibilities?

I am incredibly impressed how optimized the engine is now. Ultra settings ( I mean max everything) @2560x1080 75Hz never goes below my 75Hz Vsync EVER! Excellent work!

Download speed is gruesome. There is a torrent though, made by jmcosta (look in the comments)! Download and seed if possible.