Remember that HL1 snowball fighting mod back in the day? It was around for one of those winter season. I always thought someone would bring it back for HL2 and I'd get to re-live that fun mods game play all over again. No one did tho, and Ill be damned if I let that happen again this year! Here's a snowball fighting mod for release this winter!

Developed using the 2013 MP HL2 SDK, the mods features include:
- Snowball Fighting action so you don't have to go outside!
- In addition to standard DM and TDM game modes: Elimination, Team Elimination, King of The Hill and Team King of The Hill... and Maybe CTF. Maybe.
- ahh, thats about it.. Maybe I'll just update this as I work on the project?

Goodluck people! are you ready? :D

Hullo Everyone!
Time for another news update and a release of Snowball Fight Beta V1.3. Let me kick things off with giving a shout out to vanSulli, Thank you for your help and feedback that made this release!

In brief here's what news I want to go over; There is a new map, updated Bots, tweaks, more options, a new power-up, and two new game modes! 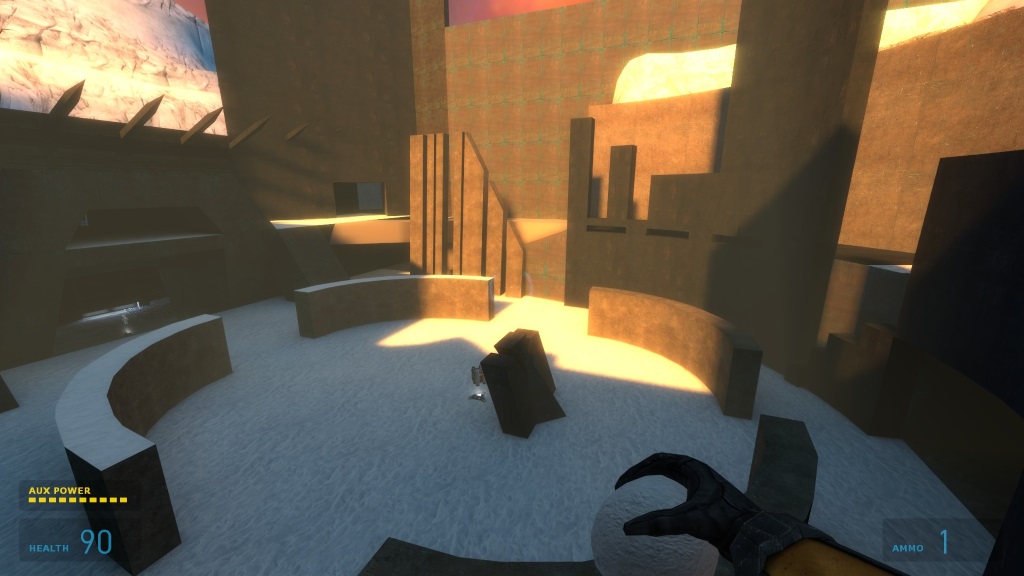 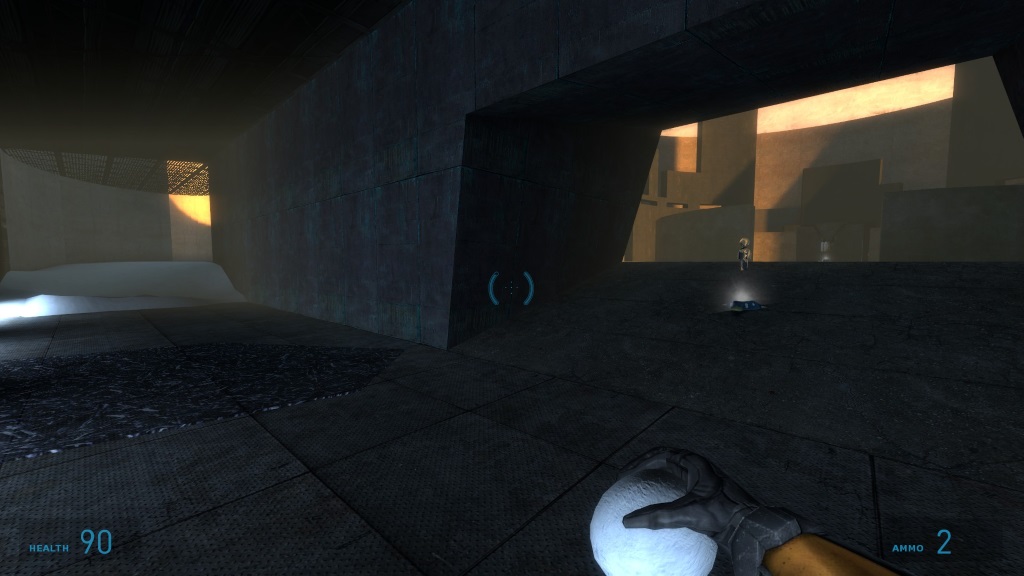 sf_campusarena is a new map from vanSulli, who's been a real help the last few weeks. His beta testing sessions with friend, feedback, ideas has helped shape this new version of the beta, and he produced the mods soundscapes (which I have yet to properly utilize in my maps). You can see footage of the map in an update video at the end of this post.

Changes and and Fixes

I got around to making the bot's reload through my mod code (opposed to the botrix project code), this was a bit tricky to figure out, and in the end I just hacked it, they don't follow the same rules for reloading as you have to, like finding snow. Bots wait on a short timer set when they run out of ammo, and fully restock when the timer is over. Let that be a fair warning. 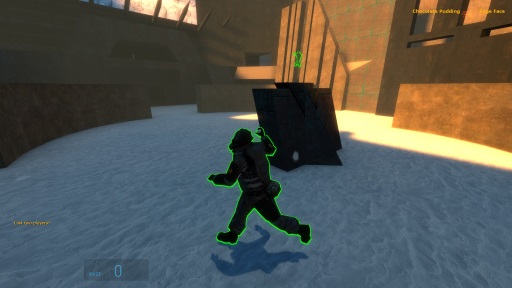 Their have been a few tweaks and chages. I decided that the prototype weapon "Big Balls" was messy, and I didn't want to spend any more time on it (maybe I will later, and maby not), but for now I scrapped it. Elimination Mode got fixed! I don't know if anyone actually tried the mode, it was meant to play similar to Counter-Strike where you can't respawn until a new round. Its fixed now, and I added a sweet chase cam to follow other players around while you wait for the rest to be eliminated with a glow sillouette to see where all the other living players are around the map.

Some others things that came from vanSulli's testng sessions that I commited to changes were:
- A Jetpack mode so everyone always has a Jetpack at spawn. (Jetpack and Light Saber battles!)
- Lava damage increased, use it wisely. (trick jump in video)
- Minor tweaks to the light saber animations so its not so intrusive to the screen space.
- A power-up so you would never need to reload. Thus Infinity was born. 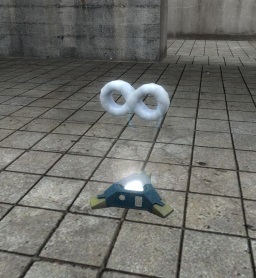 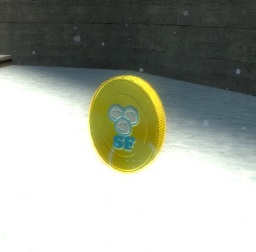 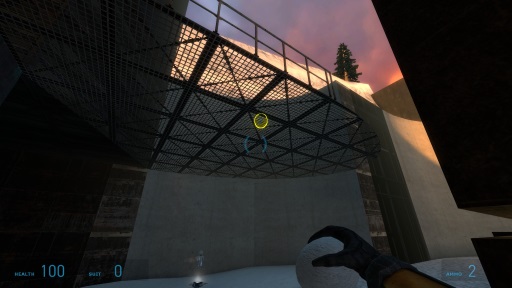 In the Coin Dash gametype, players individually compete by collecting a coin that spawns in a random location out of a bunch of locations set by the level designer. Collecting a coin will boost the players score by 10 points adding to their frags. A new server configuration "score limit" can be set to decide when a player should win the match. The default score limit is set as 100. Score limit is used in Coin Dash and Prey gametypes. 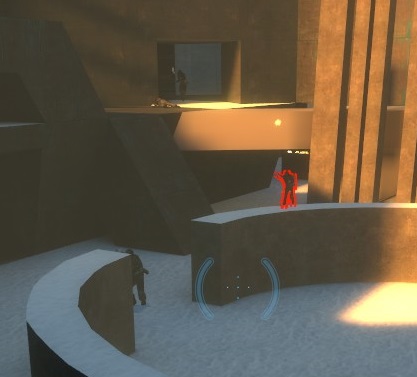 In Prey players compete individually and are allowed to see one other players silhouette, chosen at random, when you spawn. An extra 9 points are given when you frag your prey, for a total of 10pts. Like the Coin Dash gametype, Prey relies on the "score limit" server configuration to determine when the match should end. The default value is set to 100.

Ok, is that everything? I believe that is everything. Download link is at the top of the post, and in the download section. Here is a video showcasing some Coin Dash on "sf_campusarena", Prey on "sf_lavaforts" (jetpack mode), and some Elimination on "sf_campusarena" (mostly of spectating).

Thanks everyone for following and playing Snowball Fight, I hope your having a great winter! or else...

Music is not from the mod, its just classic game musics.

Uploaded an updated beta with basic support for Botrix bots. Boris's Botrix bots were developed as his final thesis in game A.I. and work with the 2013...

It's Dec 4th, and time to make good on my scheduled release date. Also: Mapping, and Code updates!

Available beta, mapping, and new Power-up in the works!

Added Botrix Bots, modifying it to work for this mod is taking some time, but here!: Try them out so far!

When my friend tries to launch it, it just loads Source Engine Test instead of the mod, they have Source SDK Base 2013 installed, so I dunno why it's not working.

Tell them to open the README.txt file included and follow the install instructions.

Already tried everything in the readme, hmm.

no, it was just a winter thing I did last year to pay homage to a old HL1 mod I loved during the winter season. You should be able to still play this version.

this should come out in winter on steam by steam green light vote :P

Dangit I really need to logon to ModDB more often. Totally enjoyed SnowWars back in the old days. Glad to see somebody is bringing it back to HL2!

Any people playing? Curious to try.

I don't have any servers up right now, I play test with friends once in a while by port forwarding with my modem. In a few more updates I should hit a version 1, out of beta, and rent a few servers for a little while. Thanks for taking interest!