Report RSS Seven Kingdoms - How It's Made (Part 1) 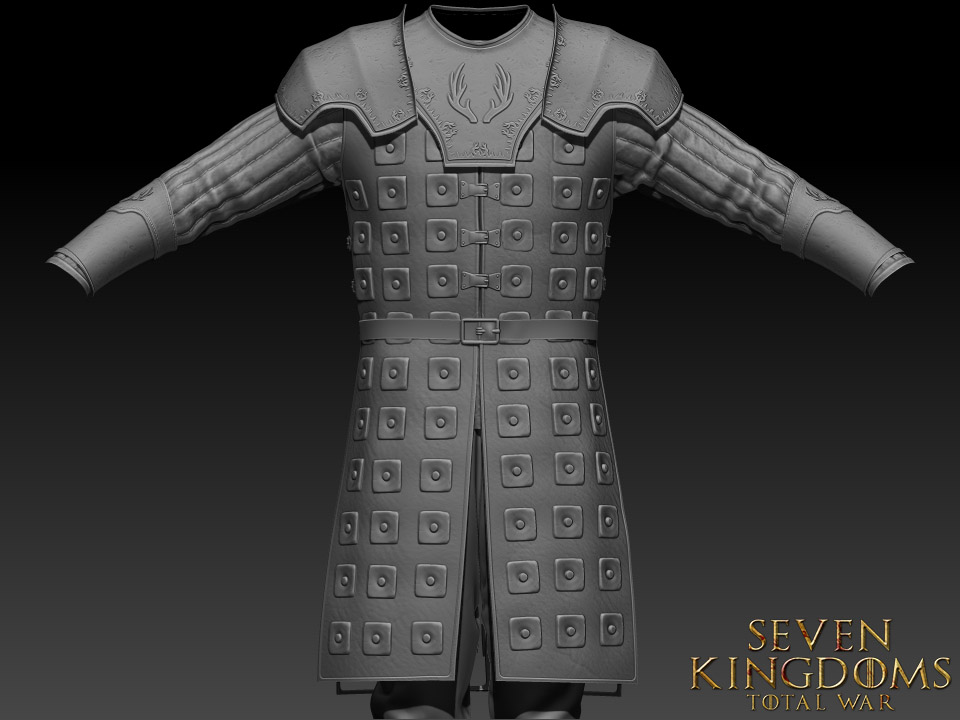 This article is a walkthrough of the design process and workflow used to make assets for Seven Kingdoms -- more specifically, Robert Baratheon's armor included in the upcoming Robert's Rebellion update. This isn't a complete tutorial but rather a glimpse at how I approach the first part of asset creation. Part 2 of this series will cover retopology and texturing, and Part 3 will cover the process of importing everything into a playable unit in Attila: Total War.

Time Needed:
- 6 to 8 hours, depending on complexity and motivation/creativity

Step 1 -- References, Artwork, and Design
The most important part of creating 3d assets is gathering artwork and references. This is an easy process for armor and costumes featured in the TV series, but becomes much more difficult with fictional content, especially when trying to match and replicate the show's visual style. A ton of Game of Thrones / ASOIF is floating around on the internet but only a small fraction fits the show style. This picture is a perfect example of what I try NOT to make: 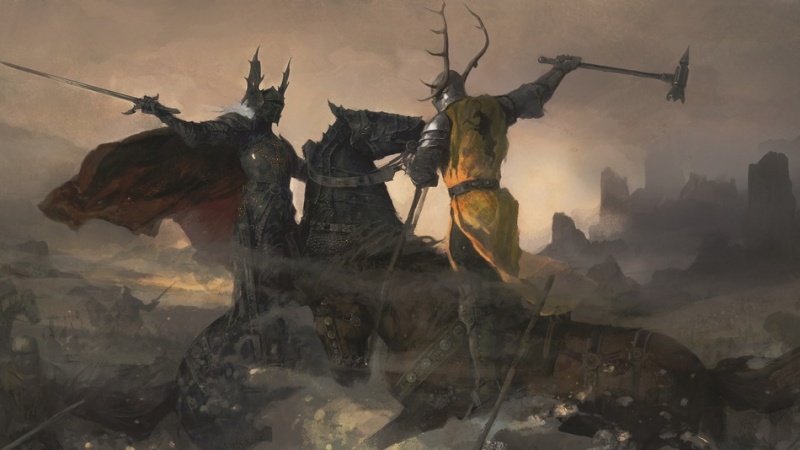 I wanted to capture Robert Baratheon's personality -- wild, impulsive, fearless -- while keeping the familiar look and feel of regular Baratheon units. I came across some concept art of a young Robert Baratheon, created by Cheto See (Artstation.com), which nails the style perfectly: 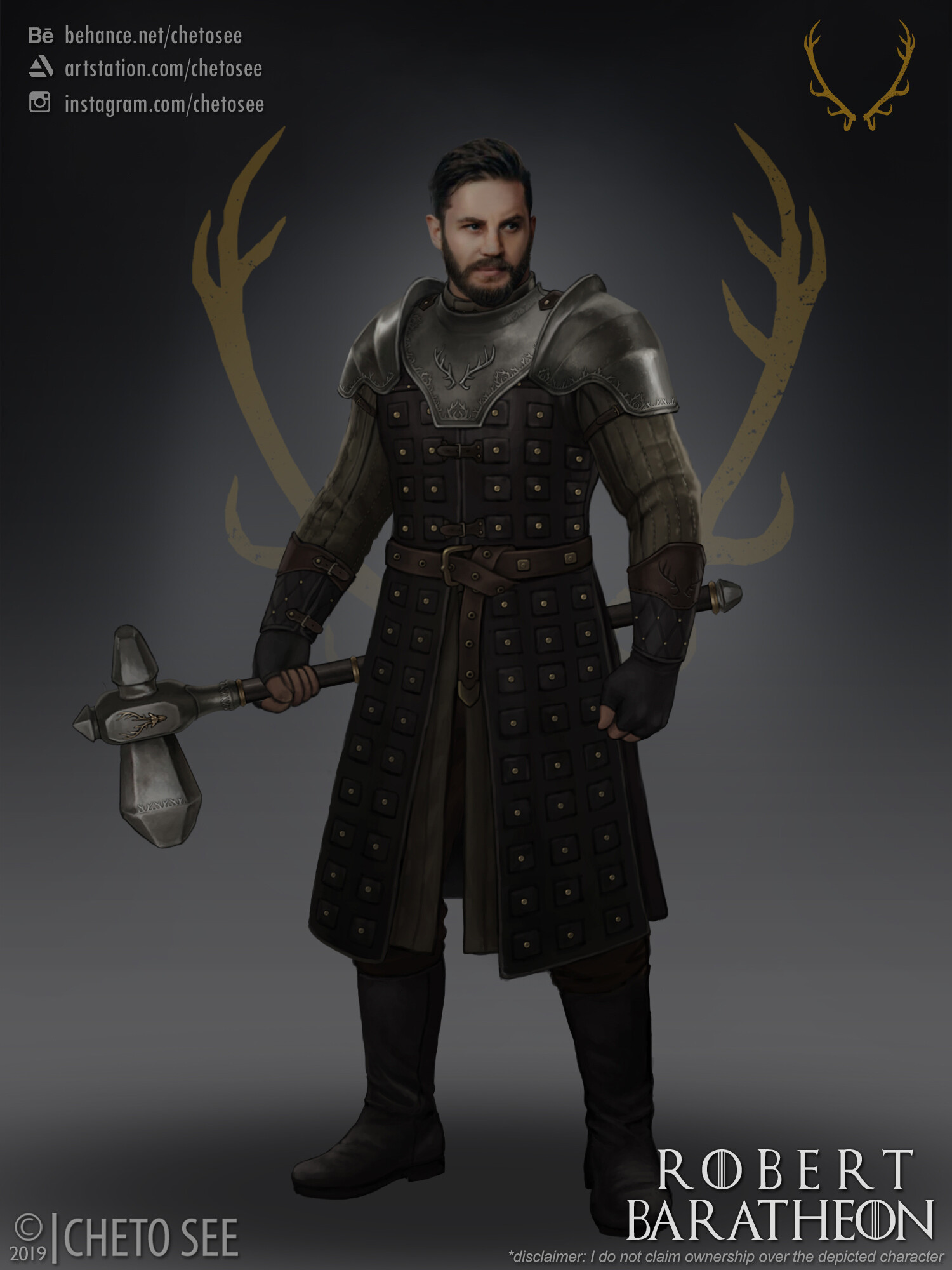 Step 2 -- Creating the model's basic shape using Marvelous Designer
With a set of good references, I can now begin the process of structuring the model's various elements. To do this, I use a program called Marvelous Designer, which allows me to create clothing and garments over an Attila avatar and simulate the clothing's physics for realistic folds. First, the gambeson undertunic: 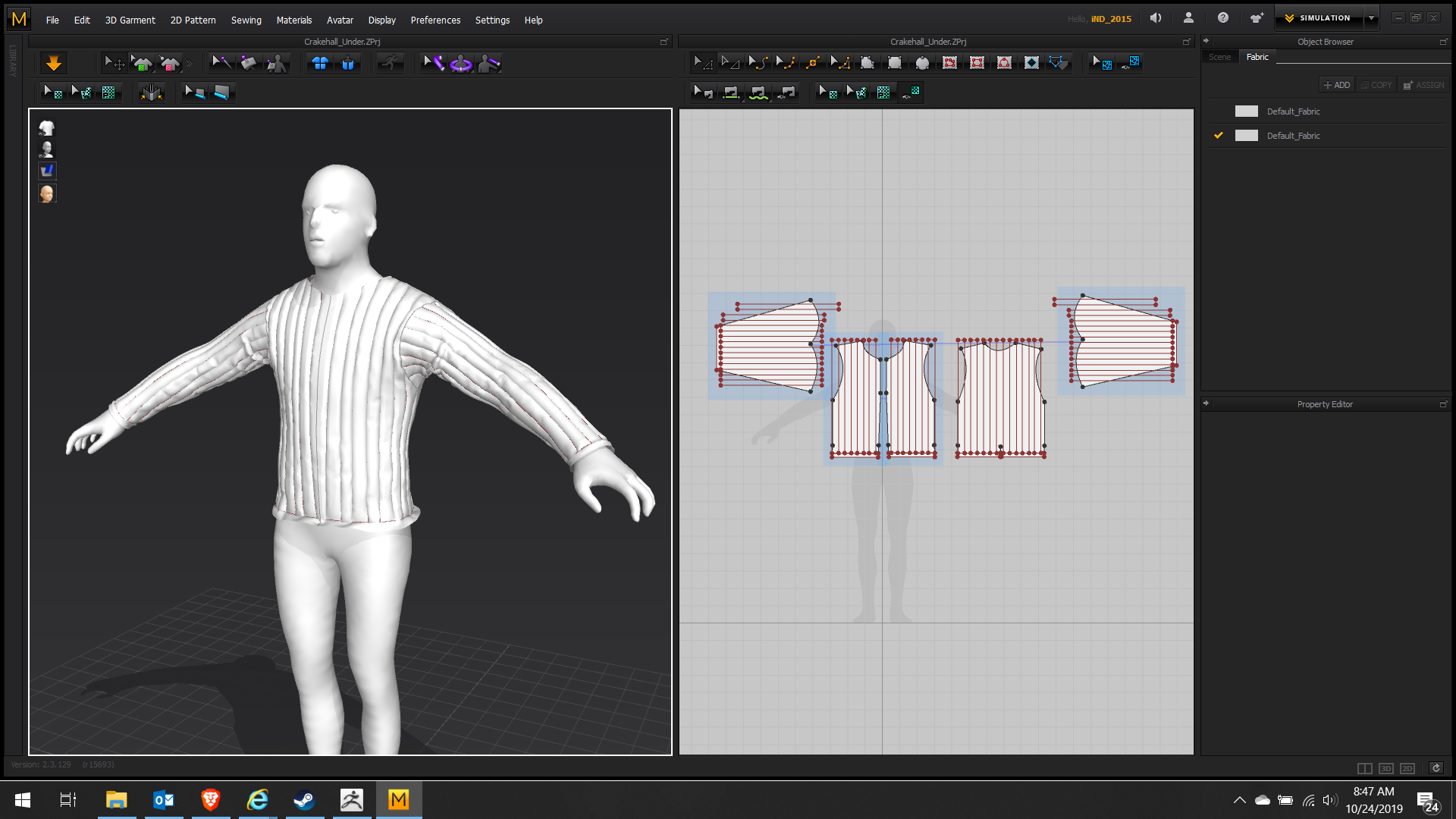 As you can see, clothing is created as a costume designer or fashion designer would create them in real life using patterns. I create the rough shape, then add "pressure lines" within the garment itself to simulate gambeson stitching. Marvelous Designer then simulates the physical properties to create realistic folds. It's an excellent program for creating loose clothing or pieces with lots of folds (e.g. the House Bolton vest). 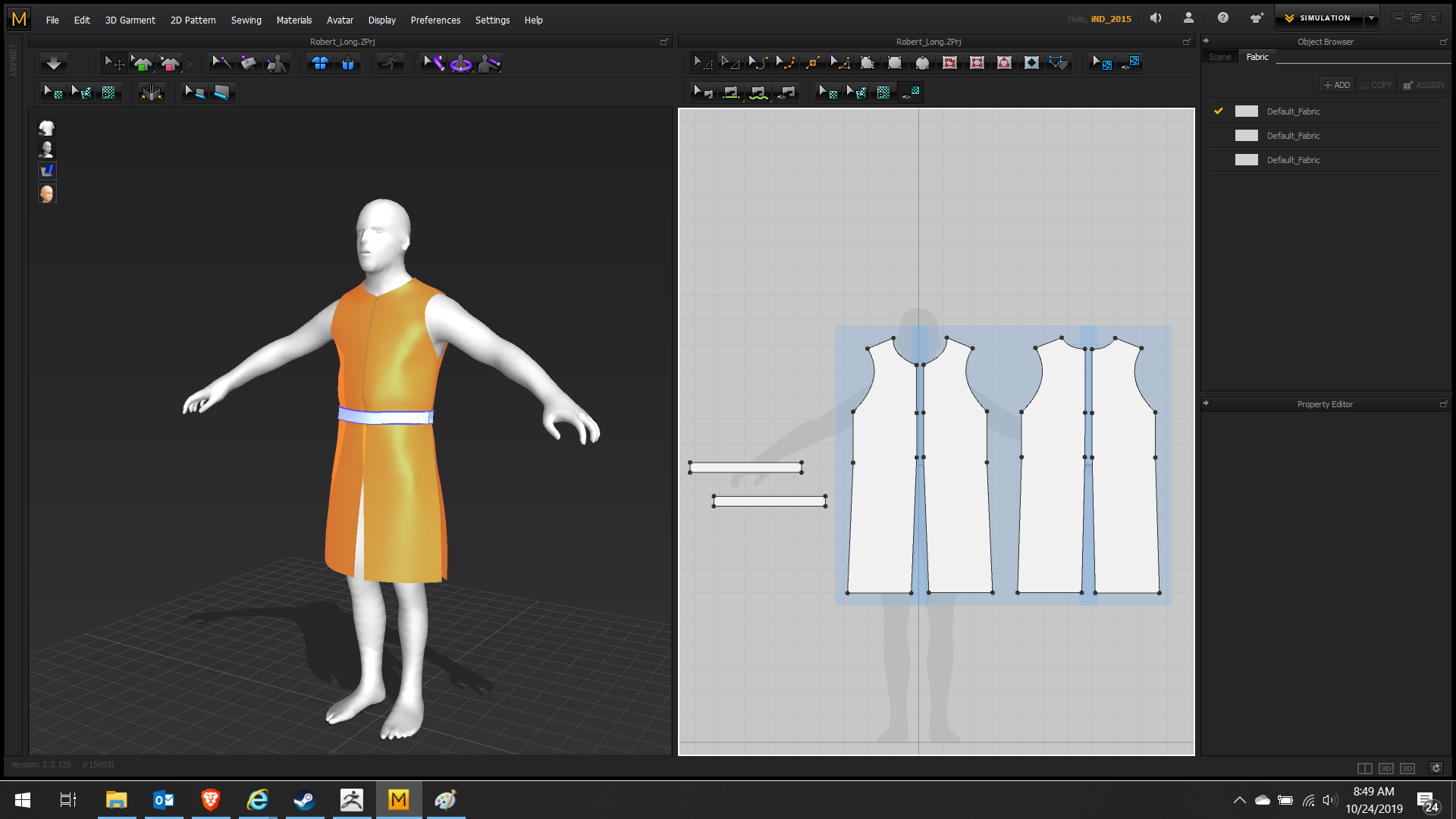 In the same way, I then create the outer armor layer. It's important to keep this layer rigid and without many folds so that the various armor pieces can be applied to the surface evenly (more on this later).

Step 3 -- Importing into ZBrush and Refining
With the main garment layers created in Marvelous Designer, I can then import the assets into ZBrush. ZBrush is a sculpting and modeling suite where I create the high poly mesh. 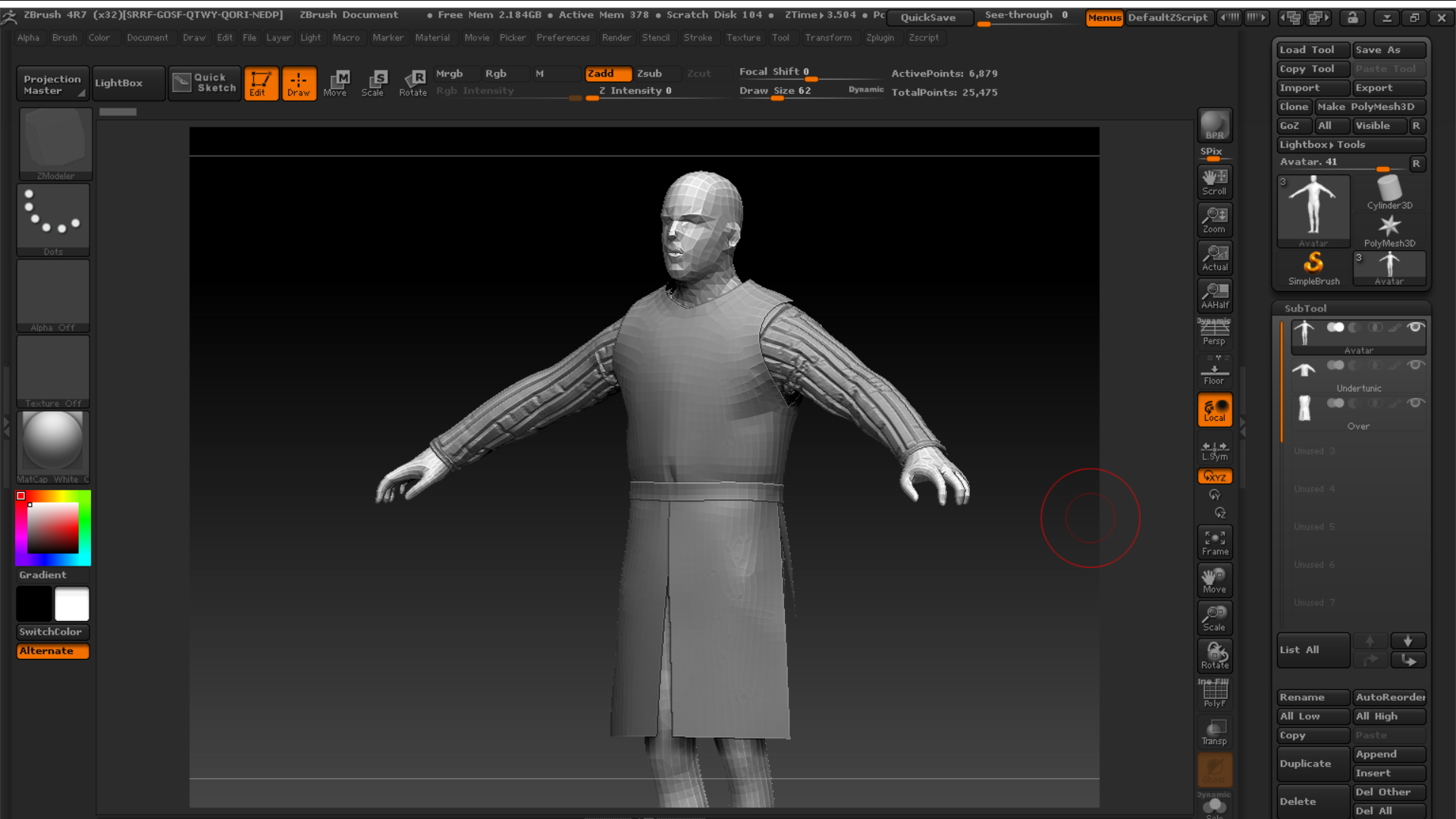 As you can see, Marvelous Designer's physics simulation allows me to skip the long and extremely difficult process of adding folds by hand. 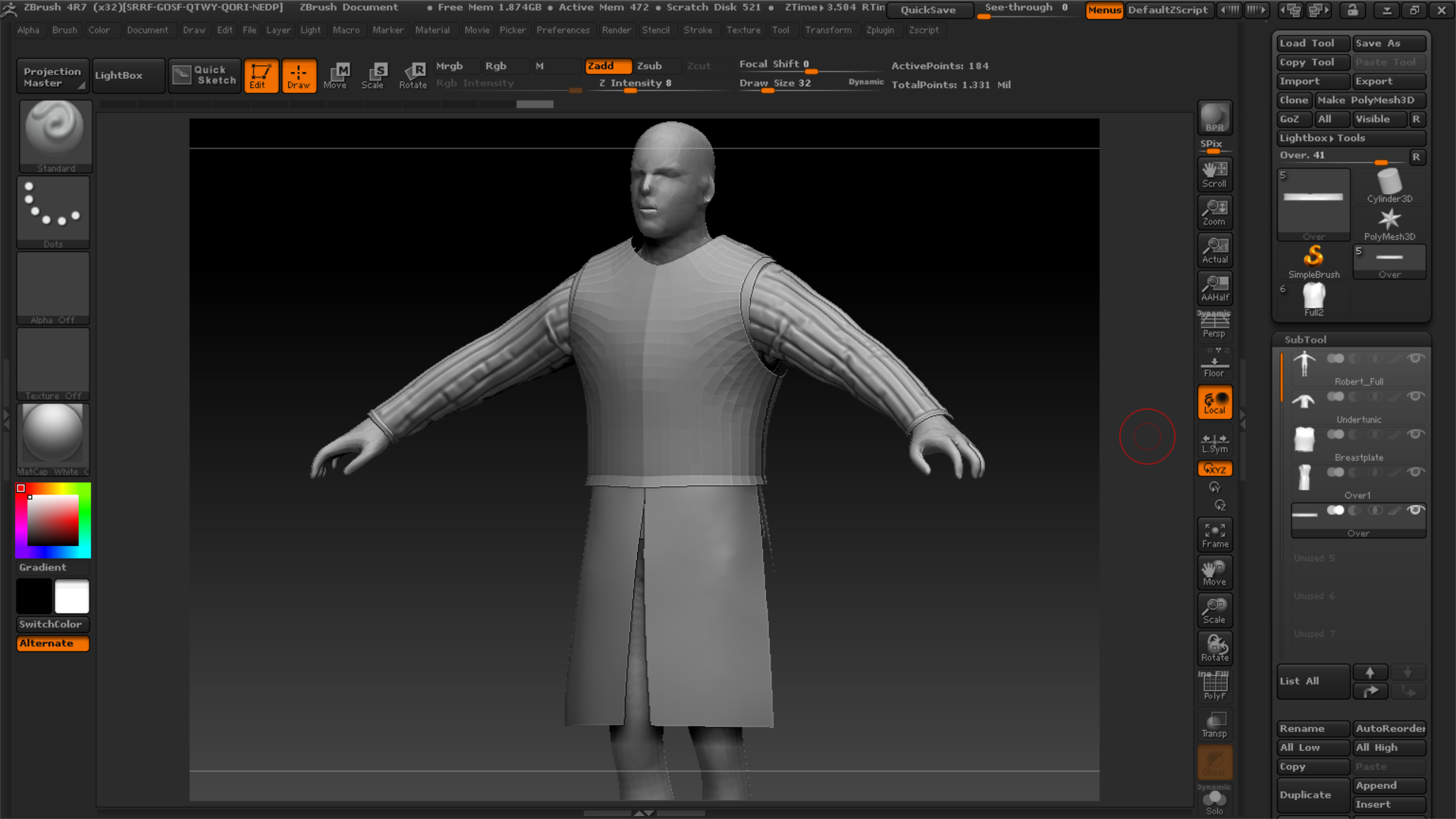 I then subdivide the model for extra detail and begin adding various armor pieces sculpted previously (for example, I have a generic breastplate template used in other models).

Step 4 -- Detailing the main armor pieces
The next step is to go through each armor and garment piece to add detail. I'll be starting with the main armor, using the reference above -- as you can see, it's leather and covered with lots of studded pieces. To do this, I will open a separate window in ZBrush and craft an individual stud with high detail: 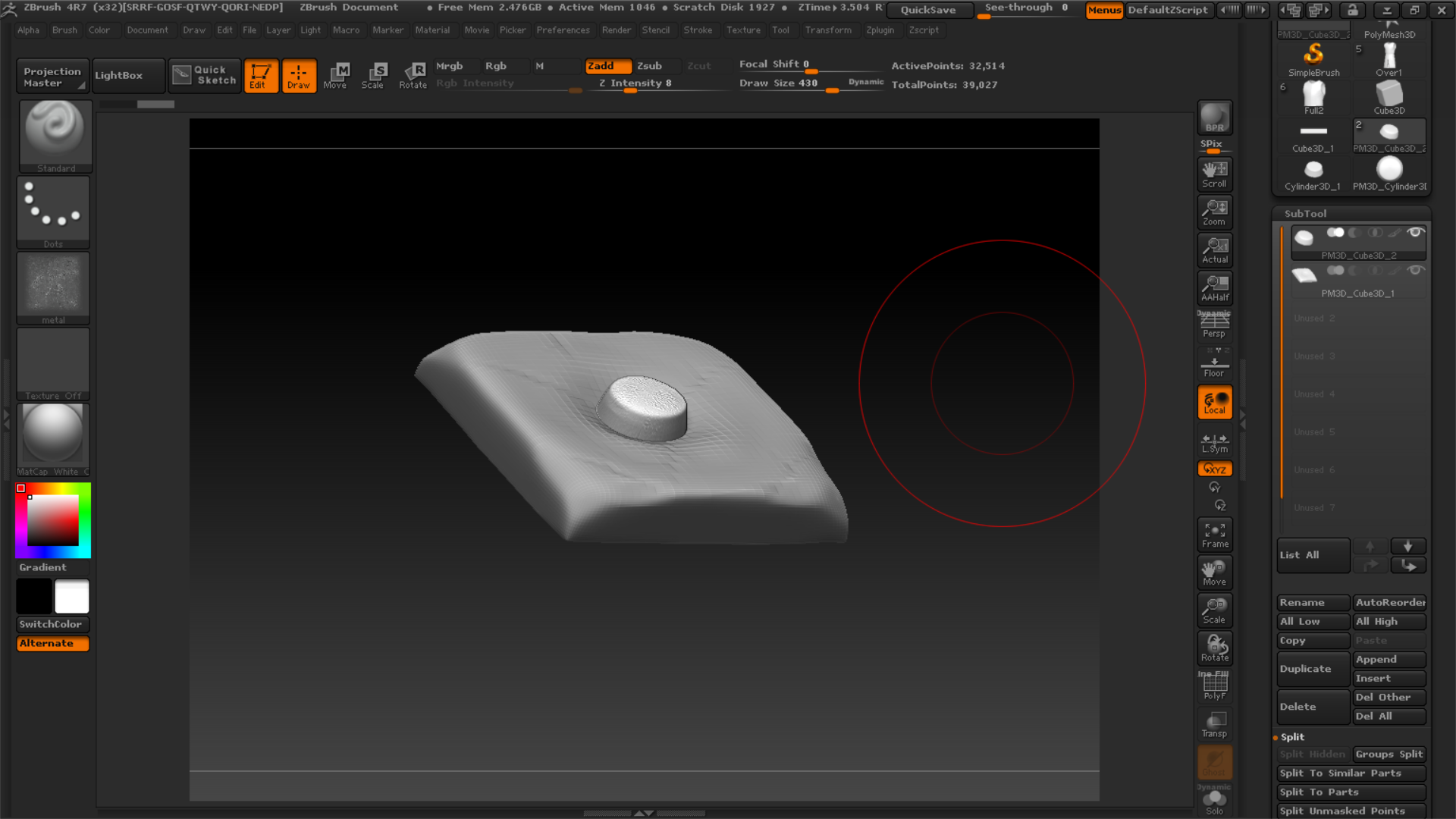 Next, I add some detail to the armor's trim and begin the process of covering the main armor piece with the detailed stud section. This is a time consuming task and can be a huge headache, depending on the armor's complexity (for example, the House Umber armor was a nightmare!) 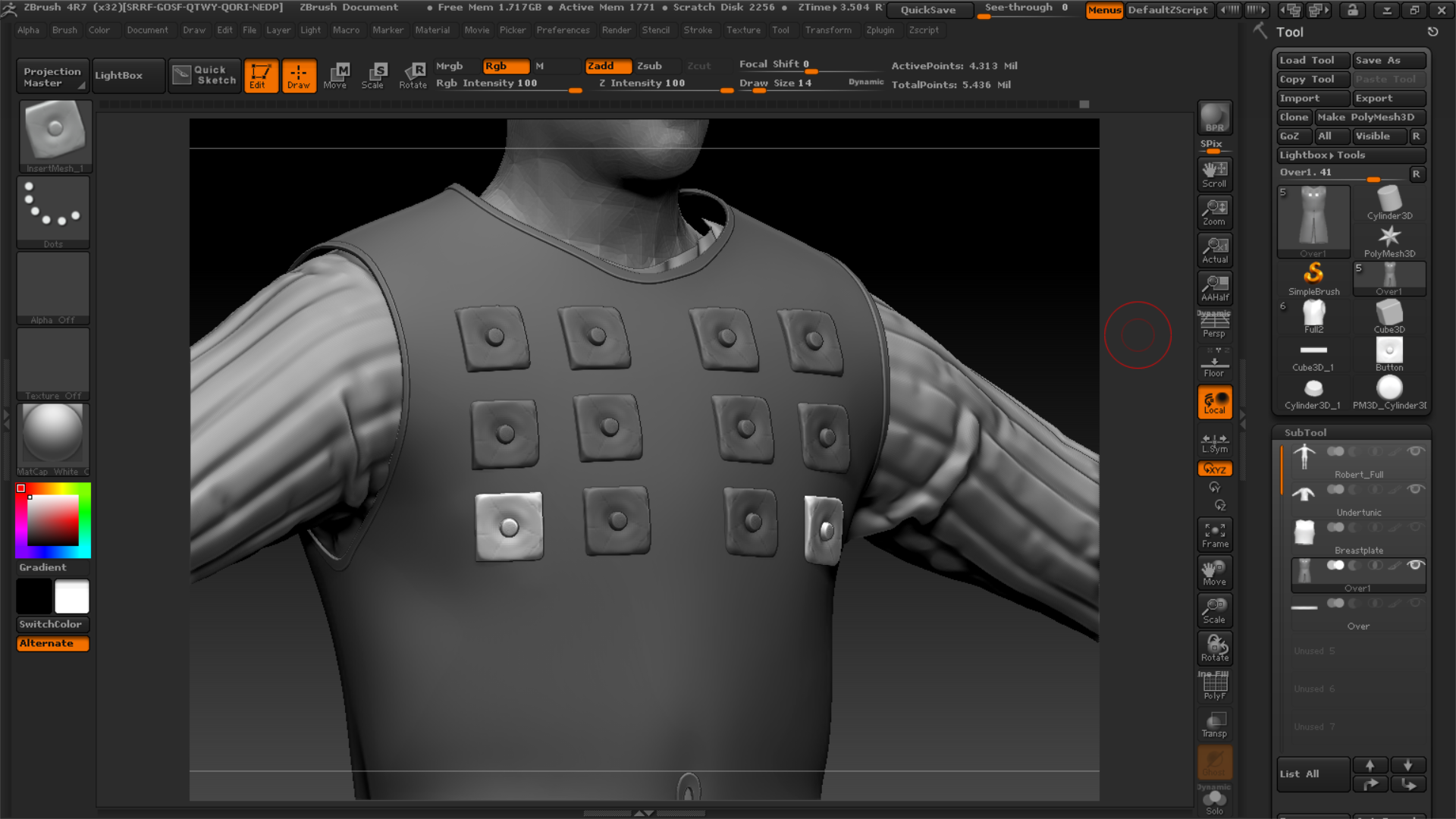 With all the pieces aligned and placed onto the model, I then start working on general detail -- stitching, seams, areas held together by straps, etc. It's finally starting to look like armor! 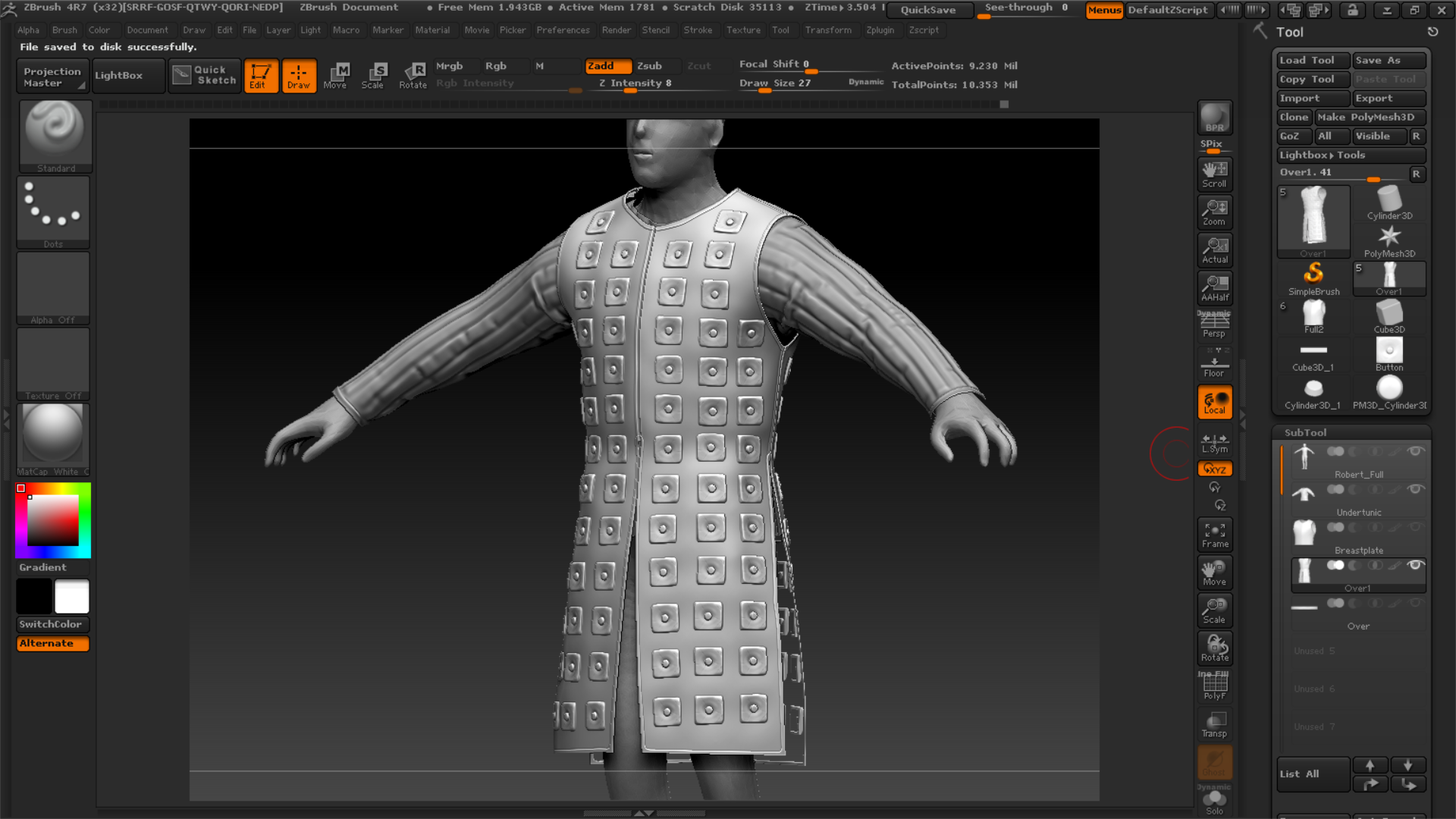 I then add some surface texture so the fabric looks like leather. I do this by importing a leather alpha (basically, a small "scan" of leather's surface) and applying it to the whole surface: 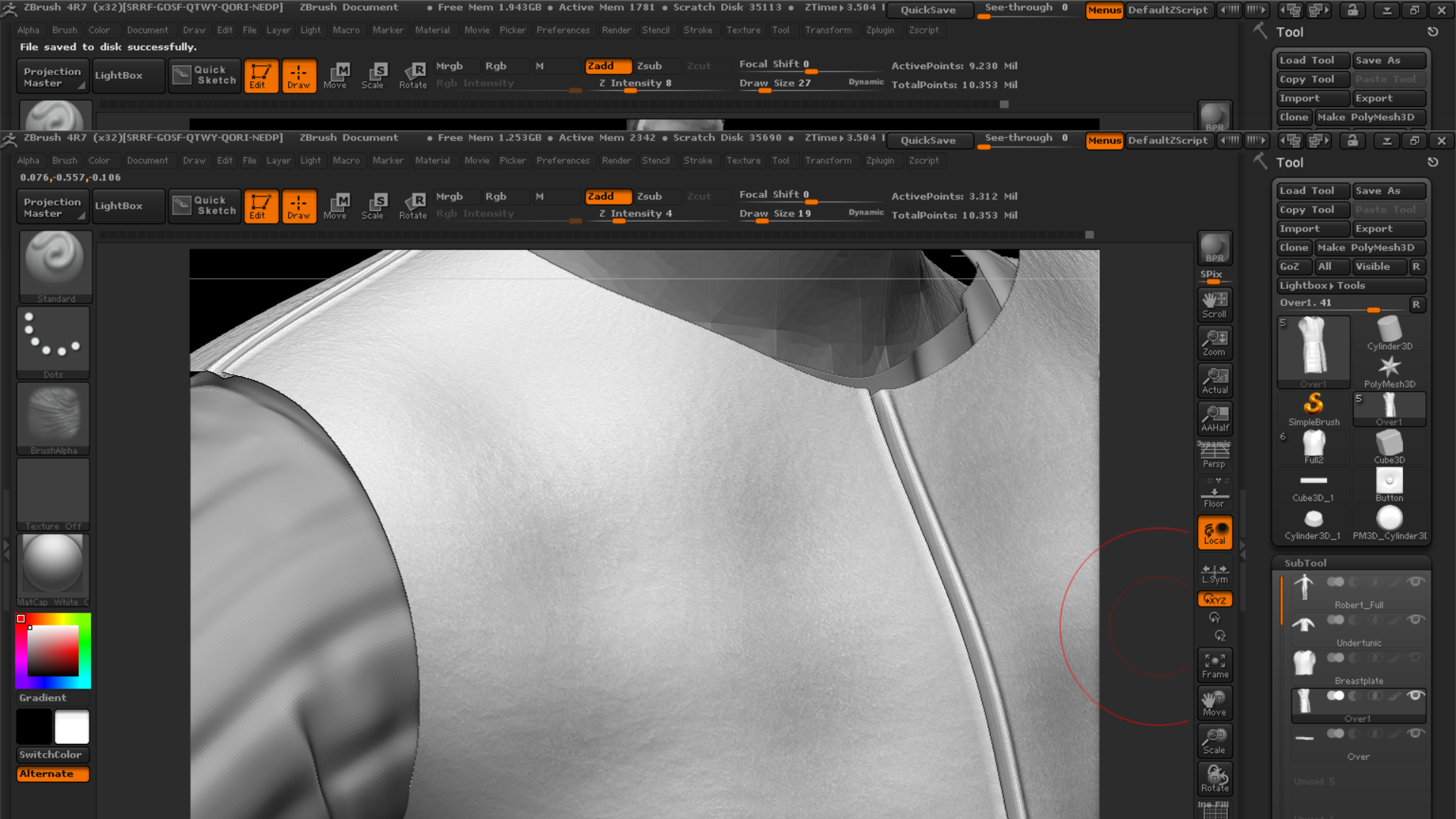 Next, the gambeson. I have a custom brush used to create stiching which I manually apply to all of the folds generated in Marvelous Designer. This is also a good time to apply some additional detail -- surface texture using alphas, and more detailed folds/wrinkles in the gambeson cloth. 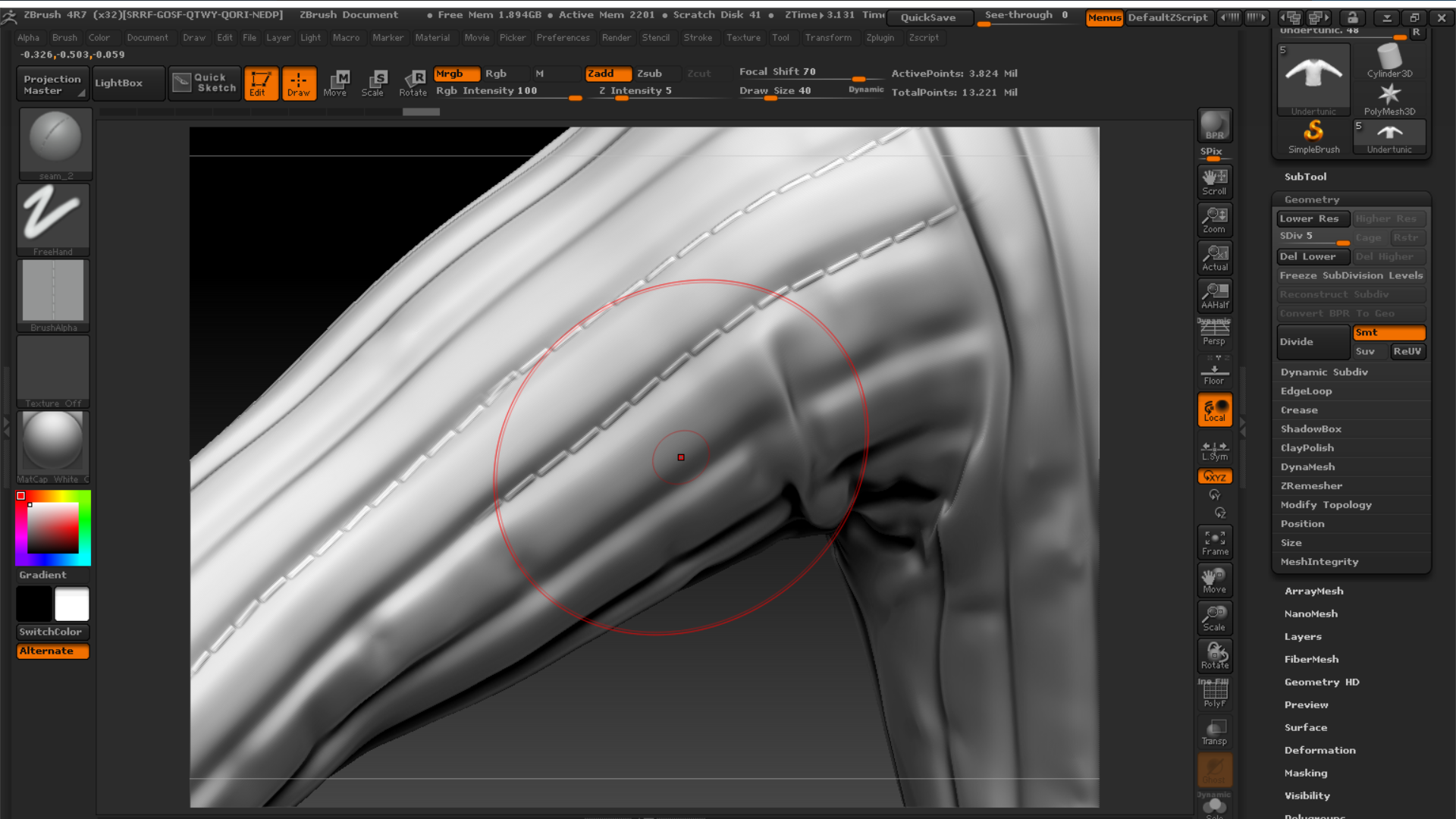 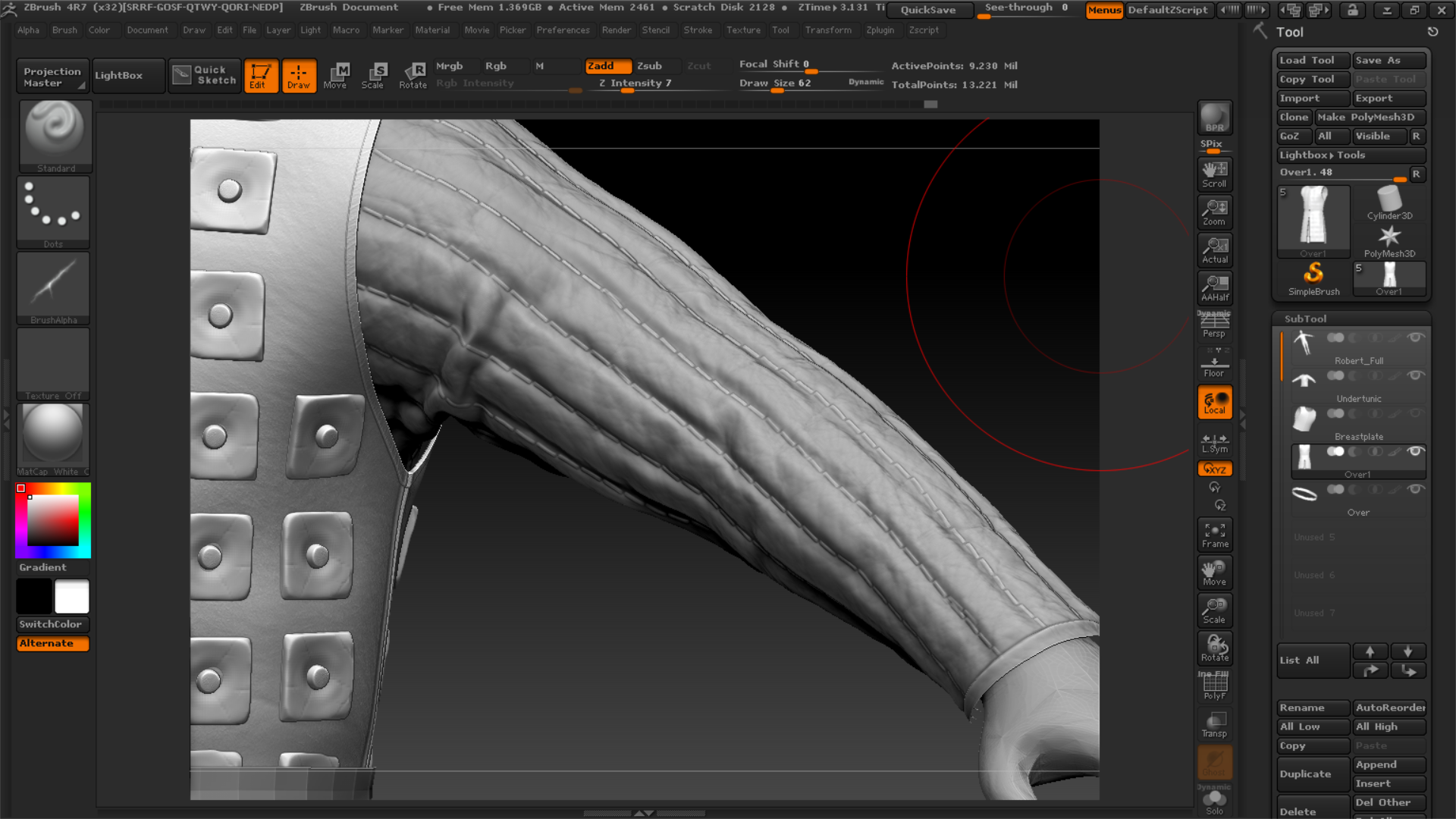 Using the same method to create the leather studs, I then sculpt detailed leather straps in a separate tab and apply them to the base armor: 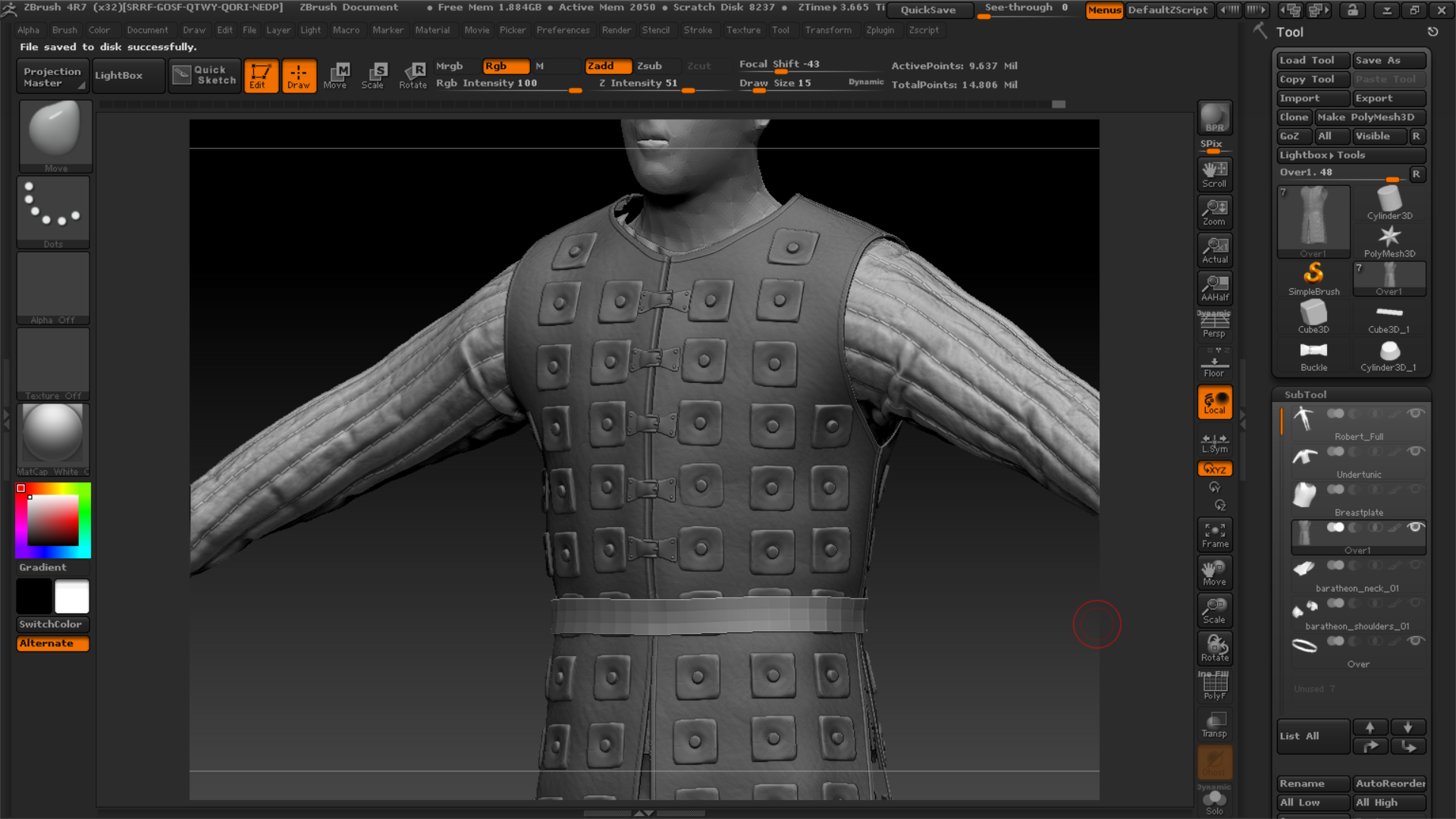 Step 4 -- Detailing the gorget and pouldrons
I then import the Baratheon-style gorget and pouldrons used on my other models. Typically these parts would be created from scratch, but since the size/shape is identical, I can save time by recycling. 3D Studio Max is typically what I use to sculpt basic shapes. 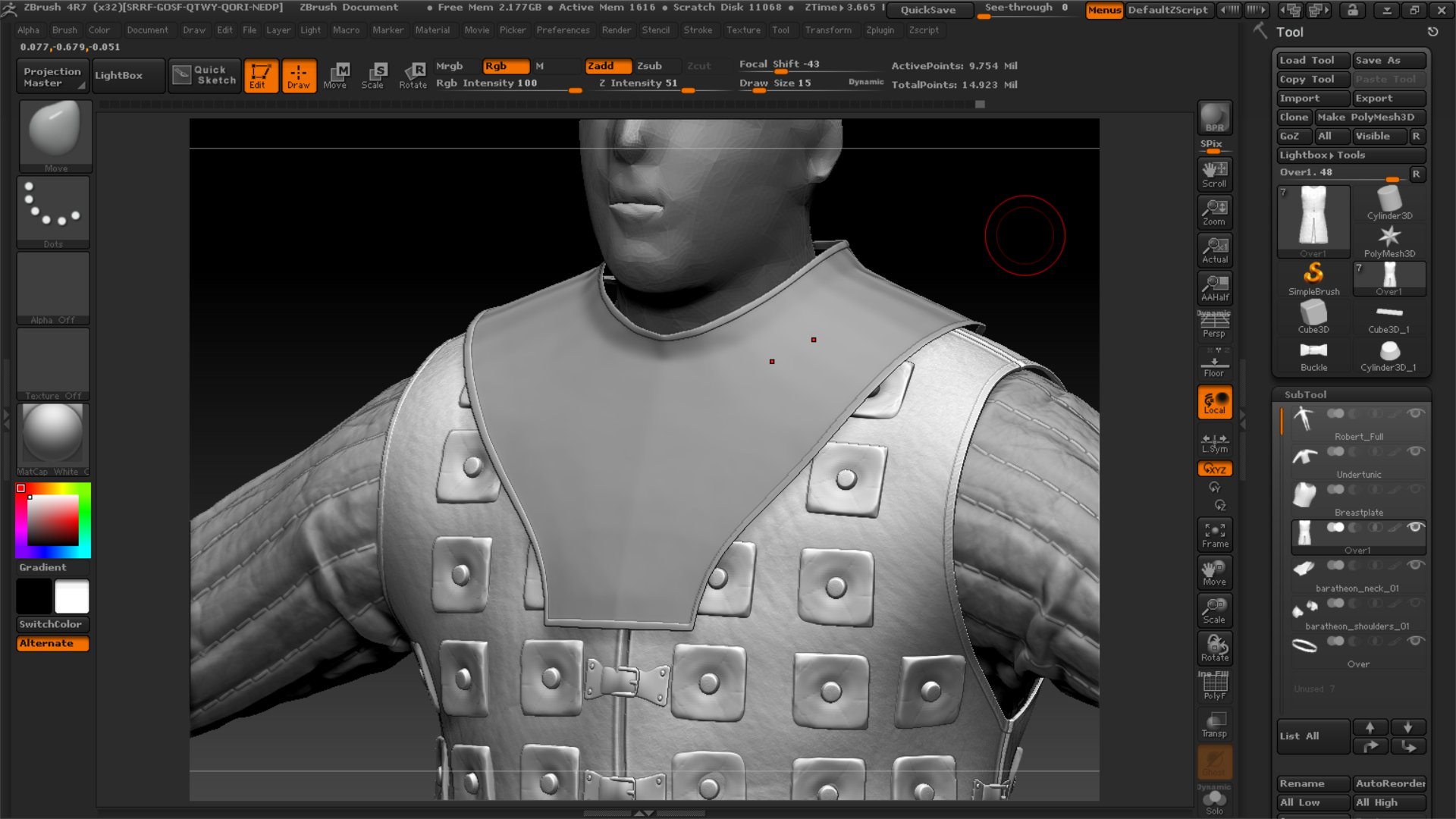 To detail these armor pieces, I subdivide the model (adding more polys) and use alpha images made in Photoshop to mask certain areas of the armor. For example, the stag symbol was masked over the model and then raised using this image: 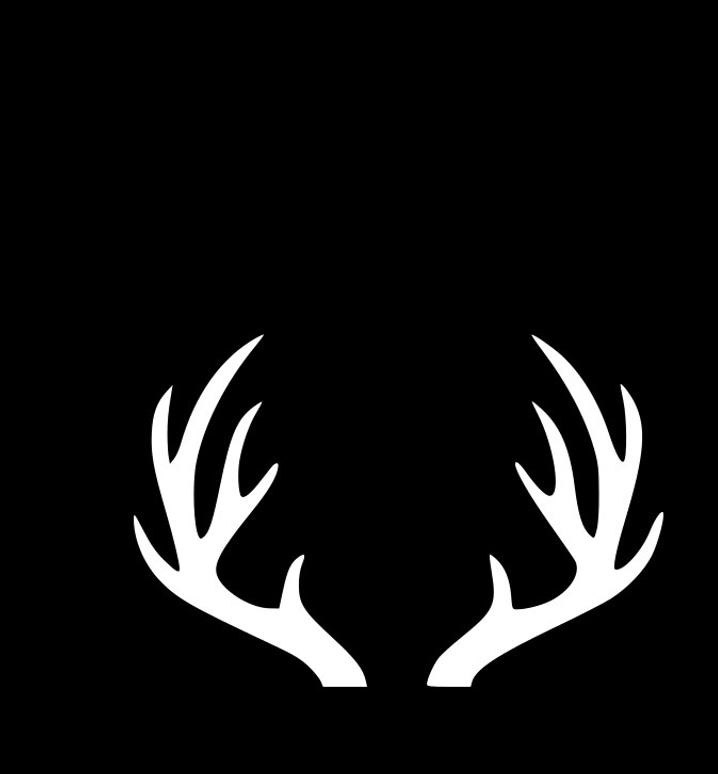 I continue using Photoshop and ZBrush's masking feature to add detail around the armor's trim. This is a very tedious and time consuming task but is essential to creating a detailed model. Fortunately, most Game of Thrones armor lacks this level of detail and consists of basic metal. 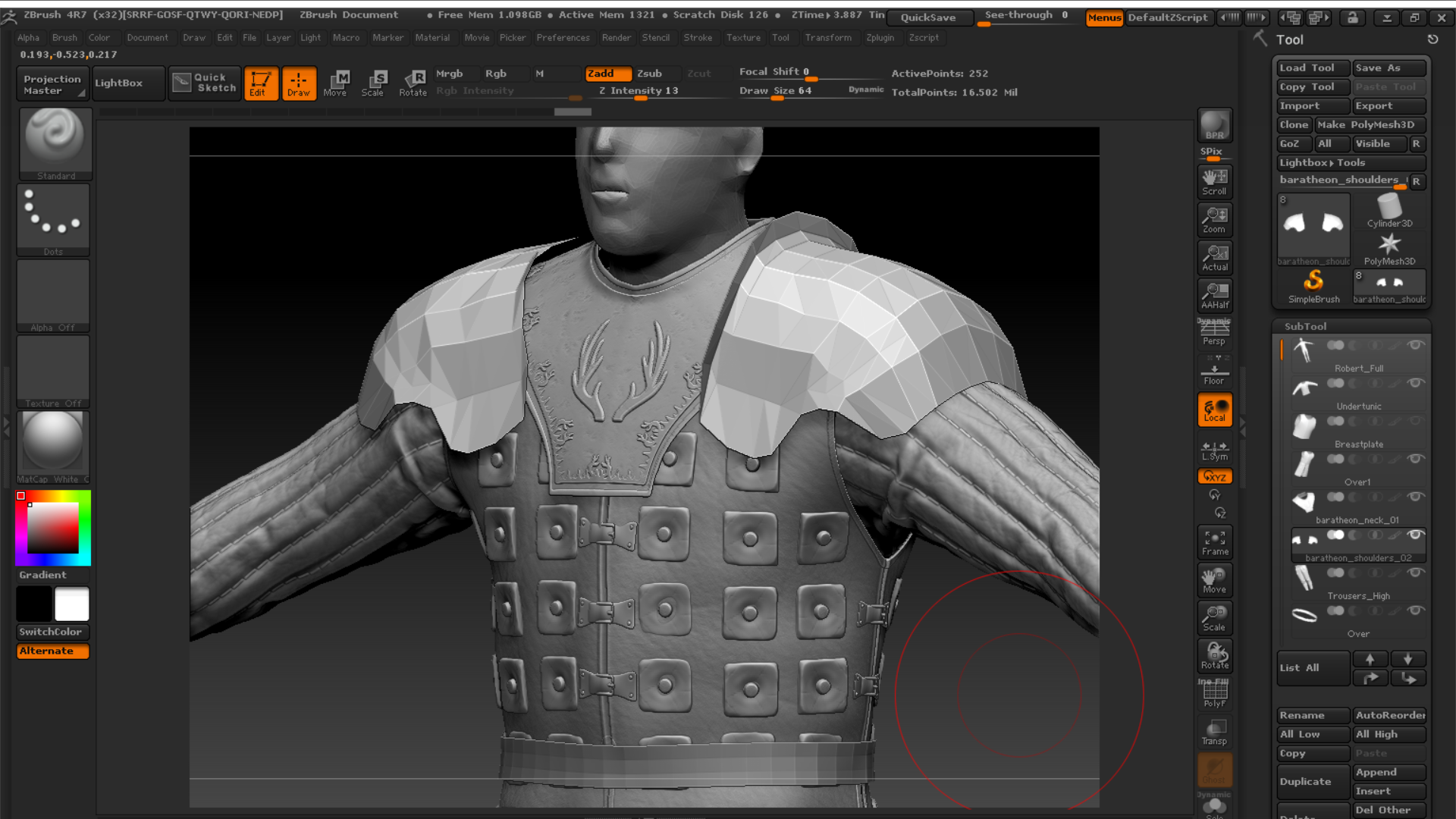 Throughout the detailing process, I continue sculpting and adding small dents to the metal surface. Voila, all the pouldron and gorget detail is finished! I can then create the bracers and other small bits of armor in the same way. 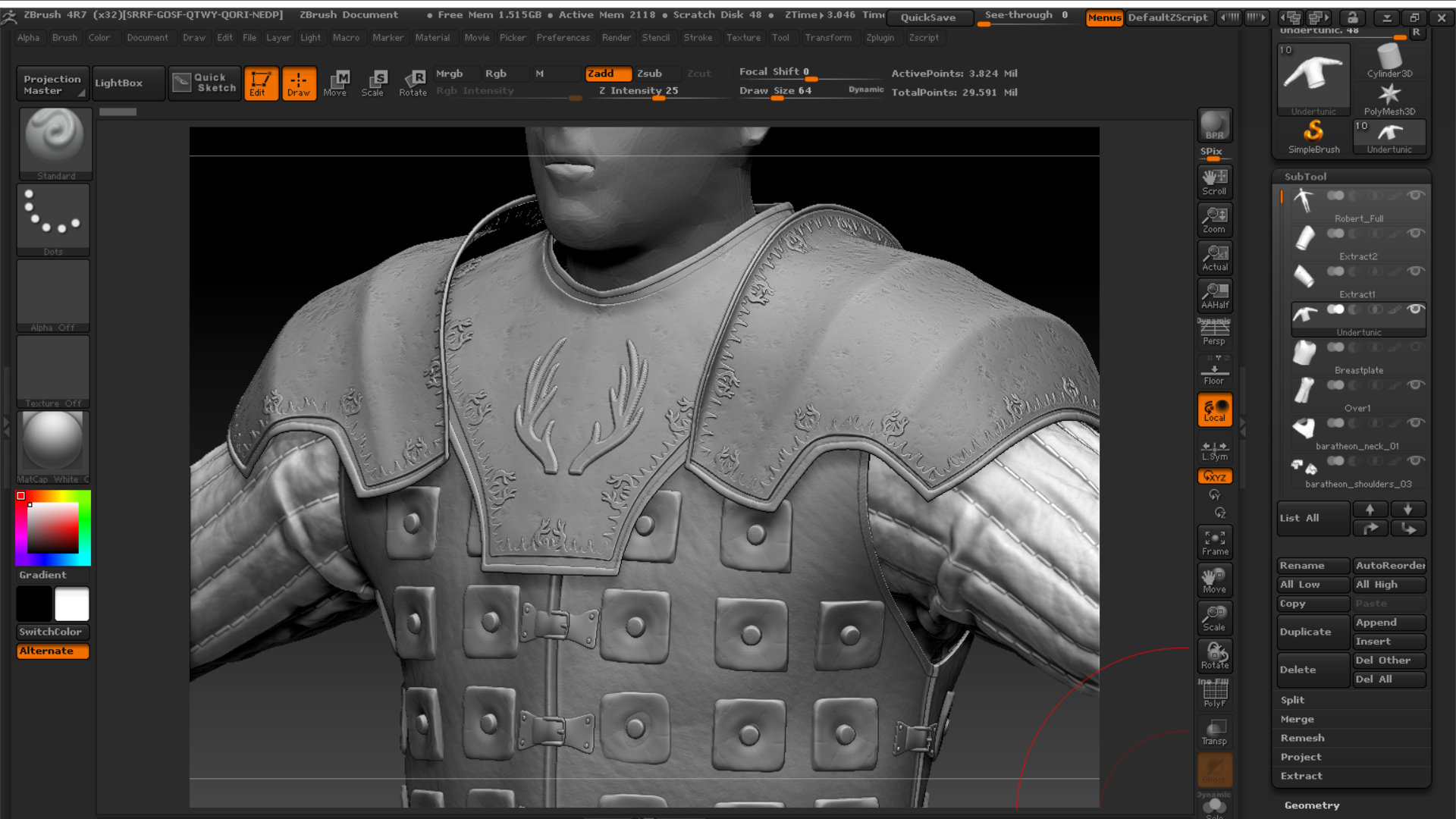 So is this it? Can we just use the finished high poly model in-game? Nope -- we'll need to reduce the geometry and "bake" all of these miniscule details into the normal map texture. We'll cover this in the next part of this series. 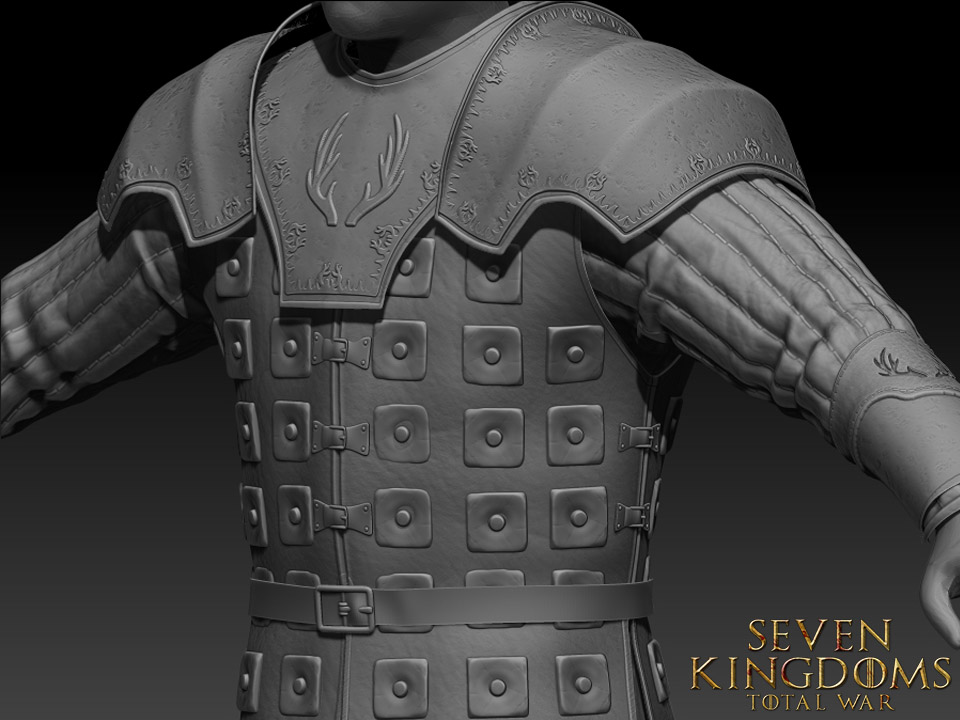 the modding tools for Kingdom come have just been released, are there still any plans for a port?

No plans, but I will download the mod tools and see what's possible.

If I learned anything from the Total War series, expectations and reality are sometimes totally different when studios release mod tools :)

Very interesting, i would like to know how to do this one day !

I had no idea how to model and texture when I started Seven Kingdoms. The mod was just reskins of Attila assets at first.

Anybody can learn to do this stuff with a little patience and effort. It's always encouraging to see new people learning.

In the words of the great Julius Caesar, comes my own personal take: "I came, I saw, I fainted." This is simply glorious work you're attempting.

Will you be doing any of the Targaryen units in the new Robert's Rebellion update. Keep up the good work :)

Yes, the main forces will be covered

Love this, hope to see a good few more stuff like this keep it up!

You might wanna stick around as House of the Targaryen series were announced. We will finally see westerosi Targaryen armours instead of army made up of dothraki and essosi mercenaries.
Great article btw, sent it to RoM team.

Just saw that -- apparently they had a pilot filmed (Long Night?) but cancelled it.

I'm using the Kingsguard appearance for the Targaryens but without a white cloak or dragon scale attachments. Very similar to the Tower of Joy scene.

Hope the article helps, if you need any more specific info on MD or Zbrush let me know. I skipped over quite a few tricks.

This is amazing. Can't wait! Can't decide whether Id prefer him with his iconic antler helmet or have him look like Tom Hardy

Good evening! Can you tell me, please, where did you find the 3d model of human (without armor, just human)?

It's the base human model included with the Attila toolkit.

I'm so sorry, but i couldn't find this model in assembly kit folder:(

I will send you some models, just give me a day or so, Halloween with the kid

Thank you a lot, no problem!:)

Great work! Will you add a helmet with antlers? But i think the armour need some yellow elements.
Will the young Ned Stark look like in the tower of joy scene or like a young Sean Bean?

Great work looking forward to part 2 and I just dropped 2 Roberts rebellion maps on steam in preparation for the update! Steamcommunity.com

I track down any of your cards on the workshop attila, and I find you here with new cards? thank you guy you do my evening again, continue your maps they are huge

Is there any alternative to 3dsmax,i would like to learn how to do custom models but i cant afford the licence.

You can download the student version for free. Blender is another good (free) alternative many people use.

How's things going with you and the project? @BM__

I haven't done much with it in a few weeks, working on KCD at the moment

Are there any plans to add house Hightower back into the game?

When can we expect new pictures and models?

I'm not really working on Attila right now, focused on KCD. Probably not for a long time

thx for answer. Is this also a GoT mod?