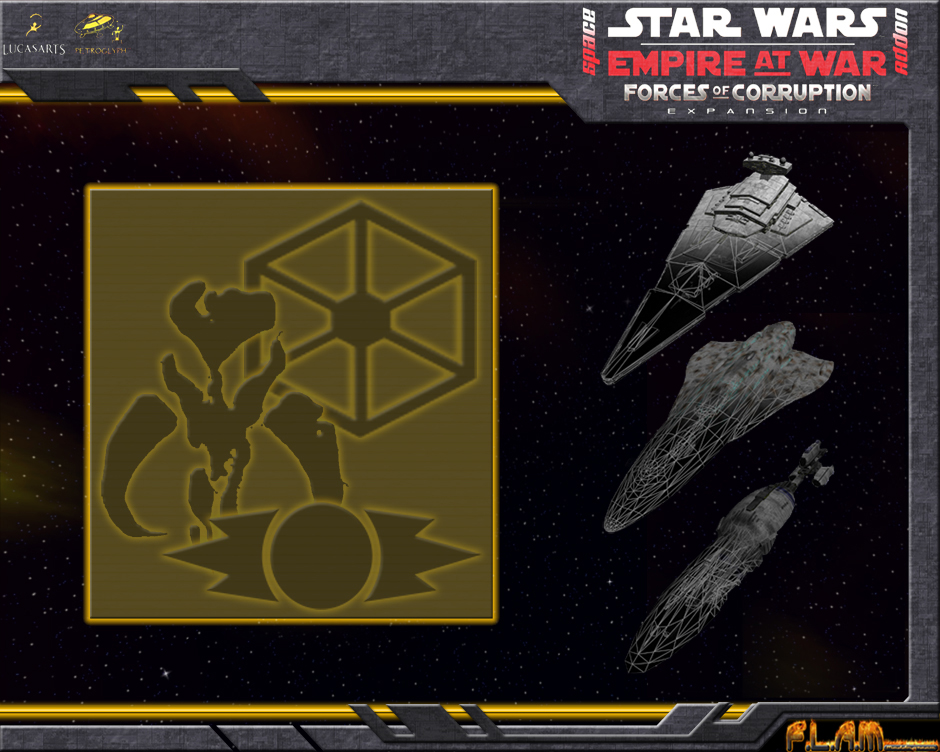 Space Addon 4 - Secret Weapons Of The Empire takes place a few years after the destruction of the second Death Star and the fall of Darth Vader and Emperor Palpatine.
Admiral Thrawn has taken control over the Empire together with Darth Vader's secret apprentice Galen Marek who has become a powerful Sith Lord
The Rebellion is making its first attempt to form the New Republic and to destroy the Imperial Remnants.
The Zann Consortium has been crushed by a mysterious new faction.
Meanwhile the Commerce Guild has been founded again and is gaining more and more power and influence on the galaxy.

Space Addon 4 will come with lots of new and innovative features:
- Zann Consortium will be replaced by the Commerce Guild
- A new Tech system for each faction
- A Maintenance System
- A Diplomacy and Influence System
- A Sub Menu system
- And possibly a few missions

An early Christmas present for modders: the Empire at War Story Creator

It's time for another Update on the Empire at War Story Creator.

Last time I have introduced this new tool for Empire at War and now, 7 months later, I can finally present you a first alpha release.
So, let me give you an overview about the changes that have been made in the last 7 months.
First off, these are the Event and Reward Types that have been implemented so far:

Don't know what these are good for? Don't worry! The Story Creator comes with a manual that contains a basic event scripting tutorial and also has a help function that explains how each of these Event/Reward Types is used!

Moreover, the Story Creator uses simplified expressions for the Event/Reward Types to make it easier to identify the required type for unexperienced modders.So, while working with the Story Creator the list from above will look like this: 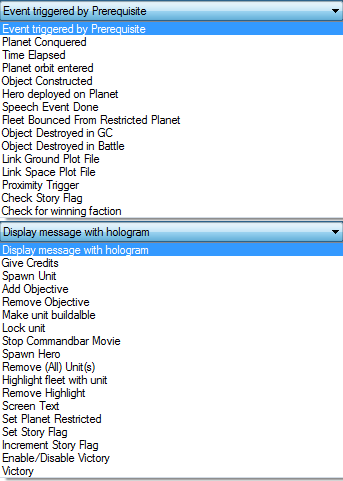 And here we have a picture of the help function that I have mentioned before: 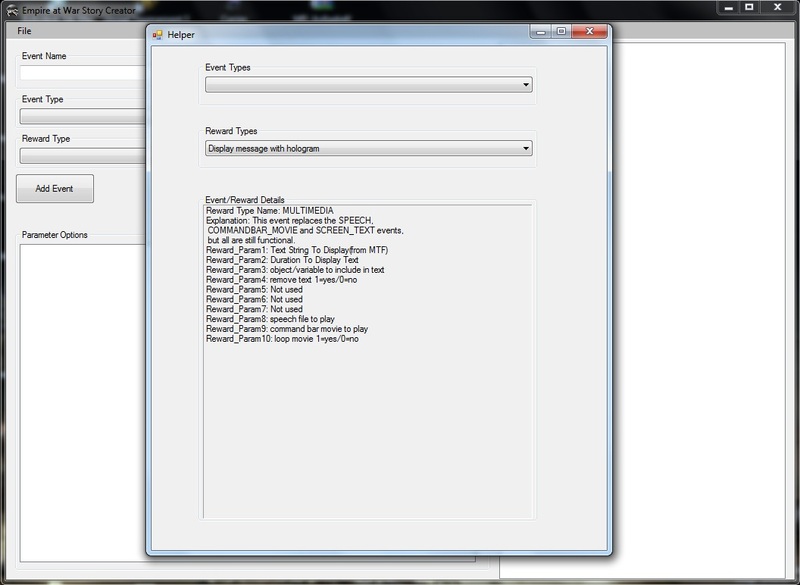 As you can see from the Event/Reward Type list you can also work with Story Flags now (for those who don't know, Flags are used to count things in Empire at War, they are basically a variable with a value attached to it).

Flags are managed in the Flag Editor which is basically a list of all Flags that are used in your story file: 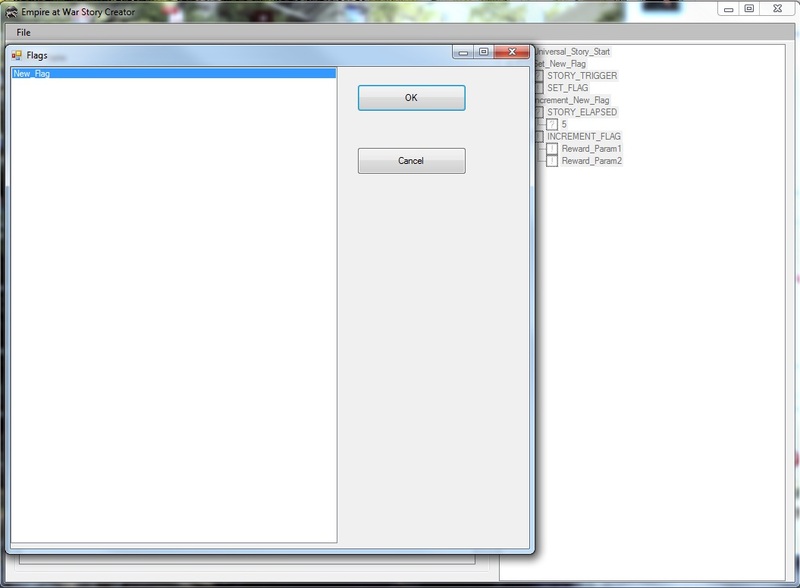 If a Flag is removed or its name gets edited all other Story Events with references to that Flag get adjusted according to the changes automatically.

And that's it for now!
I hope you enjoy working with the Story Creator and that it will help you to create awesome story campaigns and new game play features for Empire at War more easily.
If you encounter a bug or want to leave some feedback please send me PM here on ModDB or a mail to SmallPox AT hotmail DOT de

Learn new details about the diplomacy system, the new GUI and a possible new ability for carriers!

A showcase of new and reworked Star Bases as well as a new feature that has never before been implemented into a mod for Empire at War...

After a long break we can finally present some new material

The second release of the Story Creator. It fixes a bug that crashed the tool when an XML contained an error or "unusual" token.

The Story Creator is a modding tool for Star Wars Empire at War Forces Of Corruption that allows modders to create story events in a fast and simple way...

Space Addon version 3.2. It includes all contents from Space Addon 3.11 (released 2007) and three additional ships(see readme included in the download...

[ENG] This tutorial is designed as a little program which explains you all the basics that are important for any beginners who have no experience in mapping...

Secret Weapons of the Empire Demo

This is a small demo of my upcoming mod Secret Weapons of the Empire. The demo will add three ships to every faction. Forces of Corruption is required...

who stopped this mod is a real fuckwit good job

Is it possible to upload a current version of the mod? The last uploaded version seems to be very old and outdated.