The Mission:
The Combine are replacing the Earth's atmosphere with deadly unknown gasses. Infiltrate the Air Exchange and shut it down.

Credits: VALVe, Hl2-Beta.ru's Shlyk for reviving the beta version of the chapter.

This mod started out as the small whimsy of a under-experienced mapper trying to port a pretty cool Half-Life 2 beta chapter into the newer, more PC friendly version of the game. As I got more and more into the process, I realized I had to remove stuff, I had to gut things out because it didn't work right for the Source Engine anymore. Eventually I started adding and changing so much, that it became much more, and I realized I wanted to take what I was doing to the next level, and gut out all of the "broken cracked brick", and lay down some nice new polished brick.

The result of all of this reworking led to a much more detailed project than the original ever was, but it didn't seem to have that cold, dark, intimidating charm the original chapter captured. With new effort, motivation, and newly learned skills, I have taken to undoing many of the pretty bad decisions I have made.This means:

A Title Change, because my title was never very eye-popping, and was in-fact very generic. Coupled with the fact the air exchange was meant to suffocate, I have taken to making sure it fits in well with what will come later in the chapter.

A Lighting Redux, because my original map was always bright, vibrant and orange, which is what Air Exchange wasn't meant to be. I thought I could get away with a "vanilla Half-Life 2" style, but that's not feasibly possible without dampening the quality.

Here is how it looks so far; this will be the last media update till I fully finish the second map: 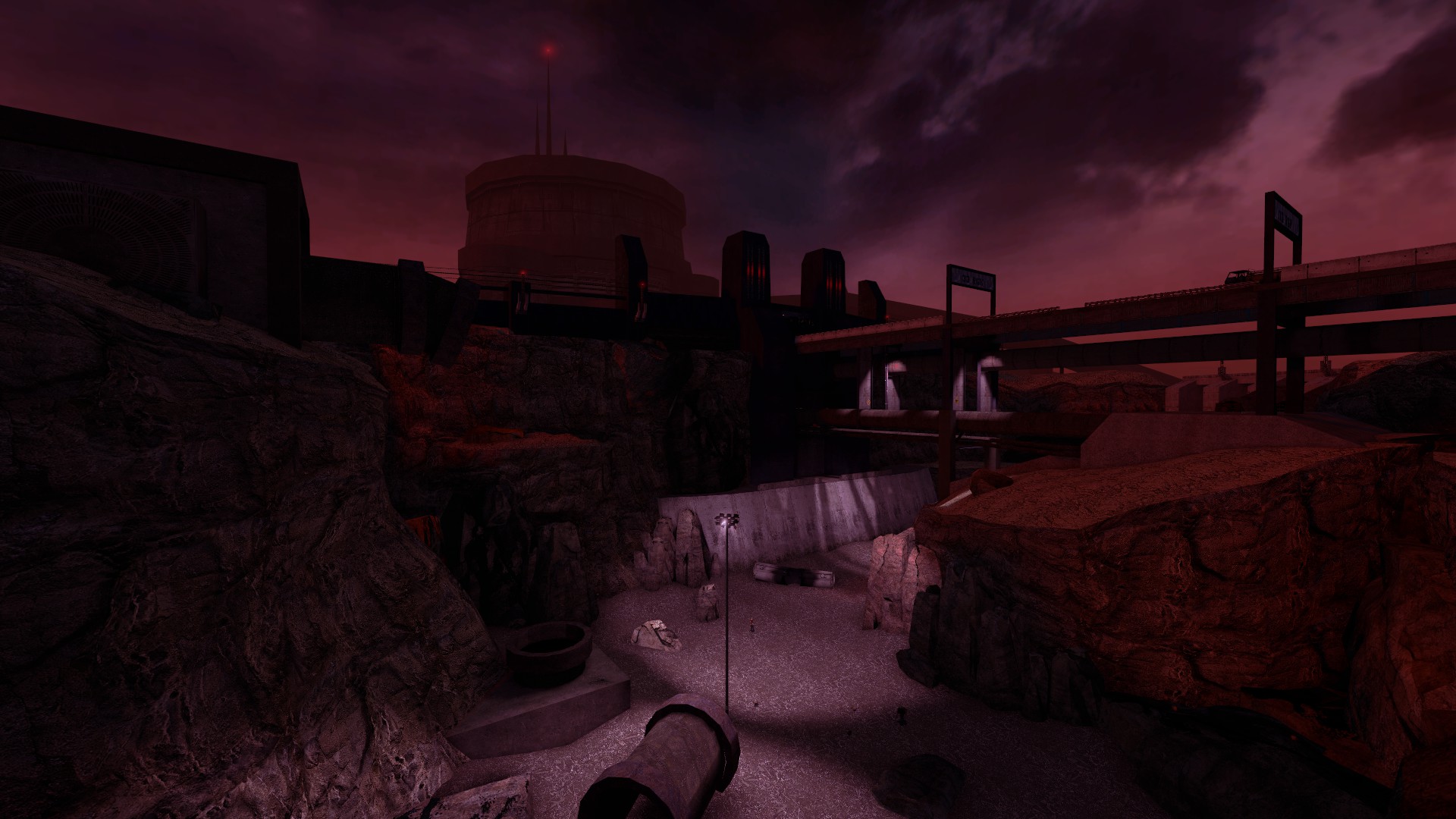 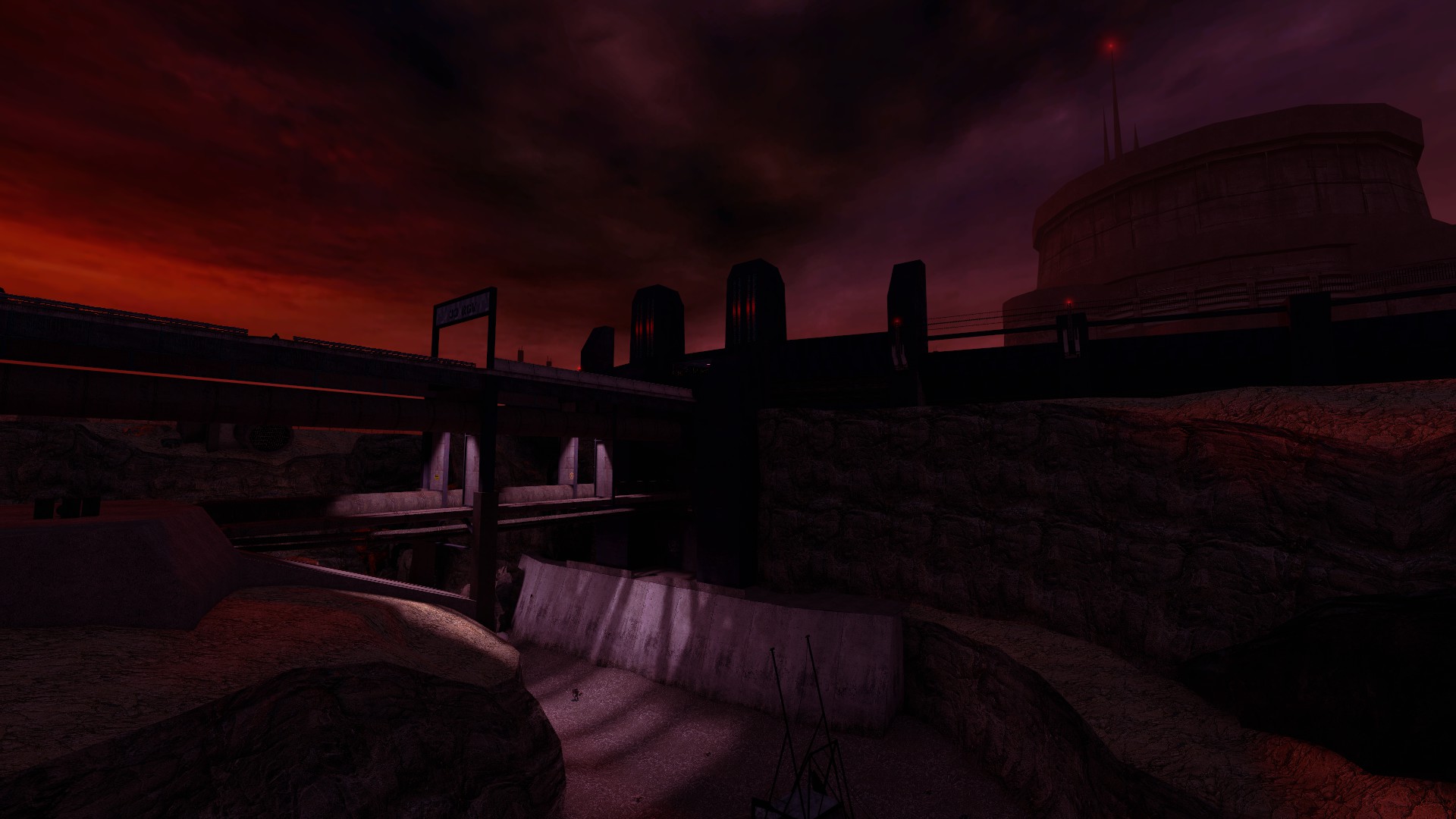 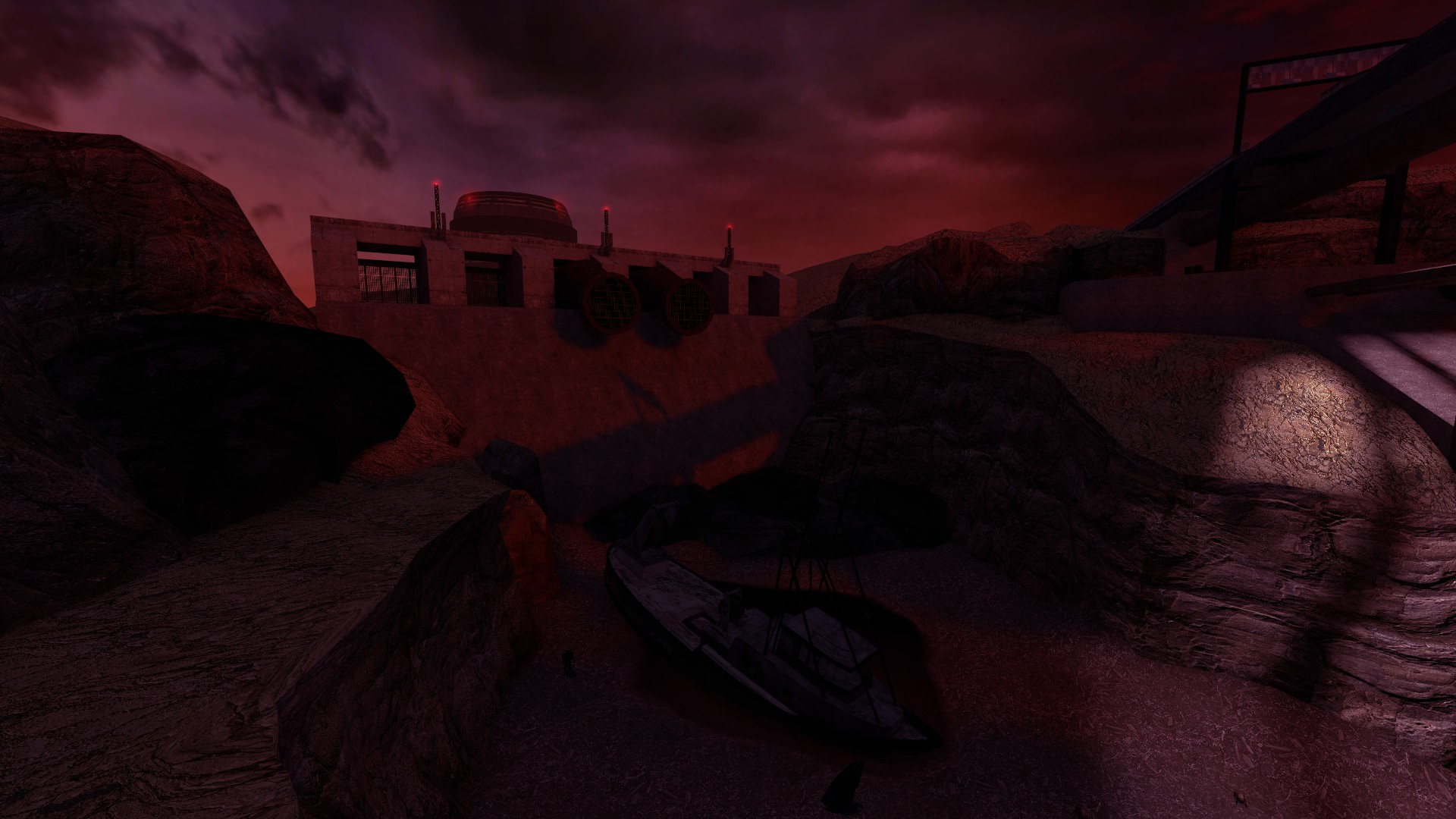 I am not quite sure how the future looks at this point, but I will be sure to finish this mod, even if it kills me. For now, my sights are set on porting the rest of the maps and potentially a complete redesign of the first level, incorporating the introduction level to it as-well.

A wee bit of progress finally!

Behold the almost final version of the Outer Wall! Also a sneak peek at the second level.

I hope this mod will out sooner or later, if it will can somebody reply to this comments so i can get to it right away?

How are things going on the mod? :3

The new intro map looks to be going good by Toomere (my team member).
Otherwise I haven't been working on it since my last comment.

I'm still mapping for a Garrys Mod server and will be doing so for quite a few more months, so unless I get a drive to cram more time into this mod, it will be some time.

Small update:
It's been 4 months and the only thing i've really did since is fiddle with a bit of lighting and trying different color correction values for something less over-saturated with red but still atmospheric.

I don't see that changing anytime soon as I map for a Garry's Mod server and have a big project on my hands that requires tons more attention so i'd say it's going to be many more months before I get back to it.
My other mapper seems to be pretty active recently with the creation of the brand new intro map so if there's anything huge with that it will be posted, but otherwise, I will be clocking out for now.

TL;DR Not dead, getting payed, doing school, living life, updates still possible but might not see for awhile.

The atmosphere is fantastic, really makes you feel like crap (which is what you are going for - so it's a good thing!) I really love what you have so far, great job. I too am working on a mod by myself so I understand the struggle! Keep working on it, take your time, but don't release until you are happy!

Will this have redone weapons and npcs from the beta? Great work btw! ;3

I will try to fit some of them in eventually, but for now, because of my schedule, I'm going to finish the chapter first before adding neat new stuff :p

A remaster of Air-Exchange? damn, I just finished porting all the maps and polishing the first one for my own mod.

Well anyway, this looks pretty cool. And it doesn't look like you're using the HL2-beta textures so I have that.